“Seeing my son with his brother was wonderful. And now that I say it, I realize: it’s not my son hugging his brother, it’s my children. One son held the other. The truth is that it is a price. It is the realization of a miracle. It’s a reward for not giving up. I never had an itch when it came to recounting the medical vicissitudes I had to go through. Upside down. I felt it was almost an obligation, because it was the way to encourage people who are going through the same situation so that they know that it is possible”, he rejoices. Martin Liberman a TV showjust hours after the birth of her baby, MiloMonday afternoon.

The journalist, who He was already the father of Blas, twelve, following his relationship with Marcela Greco and he has just been with dancer Ana Laura López again had to go a long and difficult way to achieve his dream of starting a family.

“It wasn’t as easy as I imagined.. I was wrong, I thought that because I was young and healthy, I was going to do it at the first opportunity, always so confident. But it was three procedures, three attempts until the third time was the charm.”said a few months ago after publicly confirming her pregnancy, Milo’s new mom in dialogue with TV show. 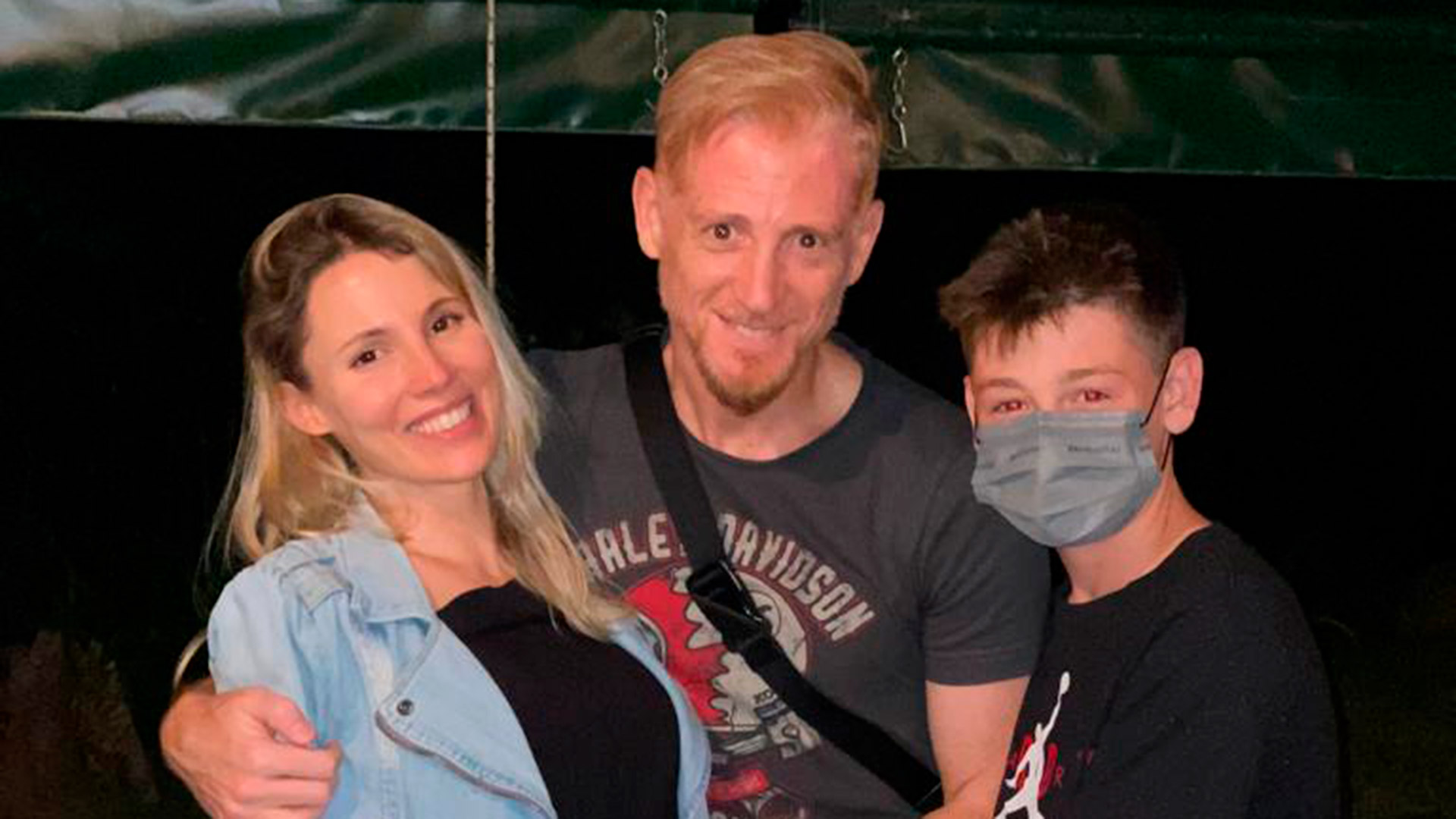 More than a decade earlier, the journalist had already done nearly a dozen treatments with his ex-wife in order to have Blas. “This success comes after doing three in vitro fertility treatments. It’s a story of struggle, it wasn’t blowing and making bottles. We had to do them because I have azoospermia. My son Blas was born after seven treatments. I’m used to galleys, procrastination and I have a lot of patience. My experience was very helpful in coping with everything we were going through,” He said.

So, every month, she had to give herself injections that he gave her himself to stimulate her ovaries. “Then an aspiration is performed and in the laboratory these eggs are fertilized with sperm. From there, the embryos are formed. As Anita was scared, I always accompanied her, it was an act of love since she was putting the body on,” Liberman recalls and adds, “In the process I lost my fear of needles, that was a big step forward. And I think it wasn’t so much physical exhaustion as the emotional, the management of anxiety, the expectation, the illusion and the disappointment that we go through during this whole trip. In addition, with Martín, we never told anyone what we had started doing, it was top secret! Sometimes I felt like I was going to explode, but we always thought the prize was big. And yes, it is!”

And one day that reward came. Knowing that her companion was pregnant but still unable to say because everything was very recent, she mentioned the subject in Les 8 millions de pas when a participant named Walter, said that if he won the million pesos, he would use the prize money to pay for in vitro fertilization so he could become a father with his wife. “At that time, I knew that Anita was pregnant and I regretted being able to be Blas’s father because I had the economic possibilities, while others did not. There is a fertility law, but fools are made and no one obeys the law. People turn to private centers and get into debt. But it’s unfair that you can be a dad because you have money and otherwise you can’t. Bringing a child into the world is an act of love and can only be done by those who have money. I felt close to her story and then we continued to write to each other on Instagram. I want to help him.” 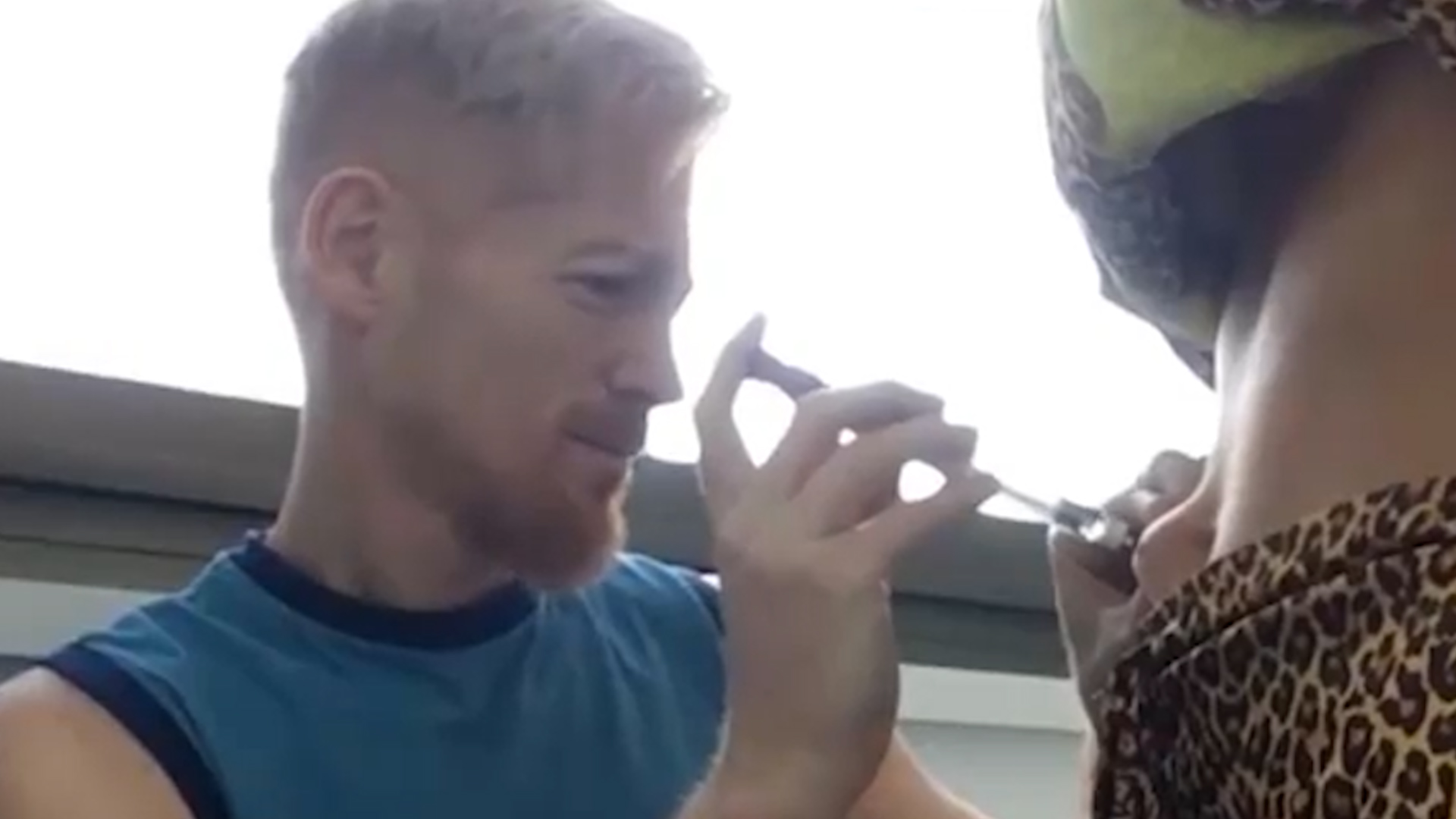 After confirming the happy news, the dancer sent out a message of hope for couples going through similar situations: “I advise you never to give up, everything happens when it has to happen. To all girls and women, I recommend you seek information and ask your gynecologists to discuss egg freezing and the options you have with your partners for starting a family. They have no idea how far medicine has advanced and absolutely anyone can achieve this dream.”

In dialogue with Carmen Barberhe had also mentioned the search for his first child: “All the fights are courageous, remarkable and precious because what you are looking for is to bring a child into the world. Having Blas was much harder because it was on the seventh treatment. With Anita, to succeed in this pregnancy, we had to do three treatments. There were two failed attempts and the third was successful”.

In addition, he explained that the doctor froze his sperm, which is good: “But on the go, it prevents you from getting pregnant normally, like most people. This brings you to the treatment side, which can also go wrong or not have the desired result”.

“I believe that everything in life has a reason. And I had to be a father that way and I celebrate it that way. Someone can say, “Is this kid crazy? The pain he had but for me it was all about growth, for me it was about becoming a better person, learning how to inject, supporting the mothers of my children“, mentioned.