After more than a week off, actor Johnny Depp’s defamation lawsuit against his ex-wife Amber Heard resumed on Monday. During cross-examination, the actress admitted that On May 22, 2016, the day before she filed for divorce from her then-husband, she was with James Franco at his apartment.

Depp’s attorneys showed video from the building’s elevator security cameras during the trial showing Franco arriving at Heard’s penthouse in the Eastern Columbia Building in Los Angeles around 10:50 p.m. on May 22, 2016.

In the footage, Franco, who is wearing a hat and backpack, rests his head on Heard’s shoulder and she appears to be resting her head on the actor’s. Then they get out of the elevator together. Heard confirmed that James Franco was the man on the recording.

The actress filed for divorce from Depp the following day, May 23, 2016. This rectification is a small victory for Depp, as it confirms that Heard was not telling the truth when she claimed she never spent that night with Franco.

Amber Heard in the elevator with James Franco

Four days later, on May 27, the “Aquaman” actress filed for a domestic violence restraining order against her then-husband.

In the footage from May 22, Heard is seen going down the elevator in her apartment building.

The actress, barefoot and wrapped in a large coat, comes out of the elevator.

About a minute later, she returns with Franco, who is carrying a large backpack, and they get on the elevator and go up to her apartment.

Heard confirmed the footage showed her with Franco on the way home.

Heard previously testified that Depp assaulted her on a 2014 robbery after he accused her of having an affair with Franco.

Depp would “I hated” to the actor who starred with Heard in the films ‘Pineapple Express’ and ‘The Adderall Diaries’.

Heard testified that her husband accused her of cheating on him with Franco while the couple were on a flight from Boston to Los Angeles in 2014.

“He hated, he hated James Franco and he accused me of having a secret thing with him since we made Pineapple Express“, he said, referring to the 2008 film in which Heard worked with Franco. “He called me a bitch“, assured the actress. 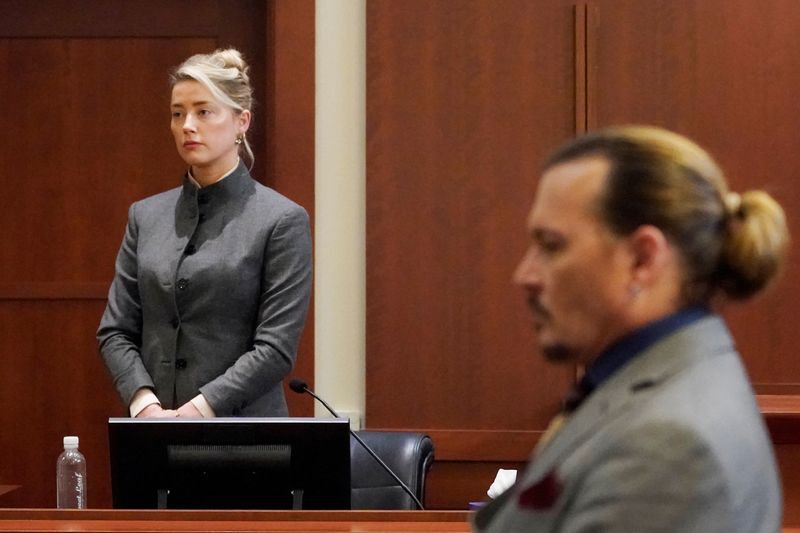 Camille Vasquez, one of the actor’s lawyers, asked heard if you had noticed Depp hadn’t looked her in the eye once during the court process. “Mr. Depp didn’t look at you once during the whole trial, did he?“, he asked the actress while questioning her, to which she replied: “Not that I noticed.”

The lawyer then said: “You know exactly why Mr. Depp isn’t looking at you, don’t you?”, which Heard confirmed. “He promised you that you would never see his eyes again, is that true?”“, continued the defense. “I don’t remember if he said that.”assured the actress.

Depp’s attorney then released audio of one of the last times the pair saw each other, in which Heard begs the actor to give him a goodbye hug.

Despite filing a restraining order against him at the time, Heard called Depp to meet at a hotel in San Francisco in 2016. A meeting Depp said he attended hoping that She will retract her lies” on the.

In the recording, you can hear that when Heard tries to kiss Depp, he refuses and she tells him: “Please I just want to hug you and say goodbye.” We then hear Depp say: “I am nothing to you, and I will always be nothing to you. You will never see my eyes again.”

“He kept that promise, didn’t he?”Vasquez asked, referring to Depp’s refusal to watch Heard, to which she replied, “As far as I know, he can’t look at me.”

Heard became emotional on the stand when he told the court why Johnny Depp: “Because he is guilty. he knows he is lying“, he added. “Otherwise, why can’t you look at me?” he continued. “I survived that man and I’m here, and I can watch him.”

Ahead of trial, Heard said in a statement: “I hope when this matter is over I can move on and Johnny can too. I have always had a love for Johnny and it causes me great pain to have to live out the details of our past life before the world. 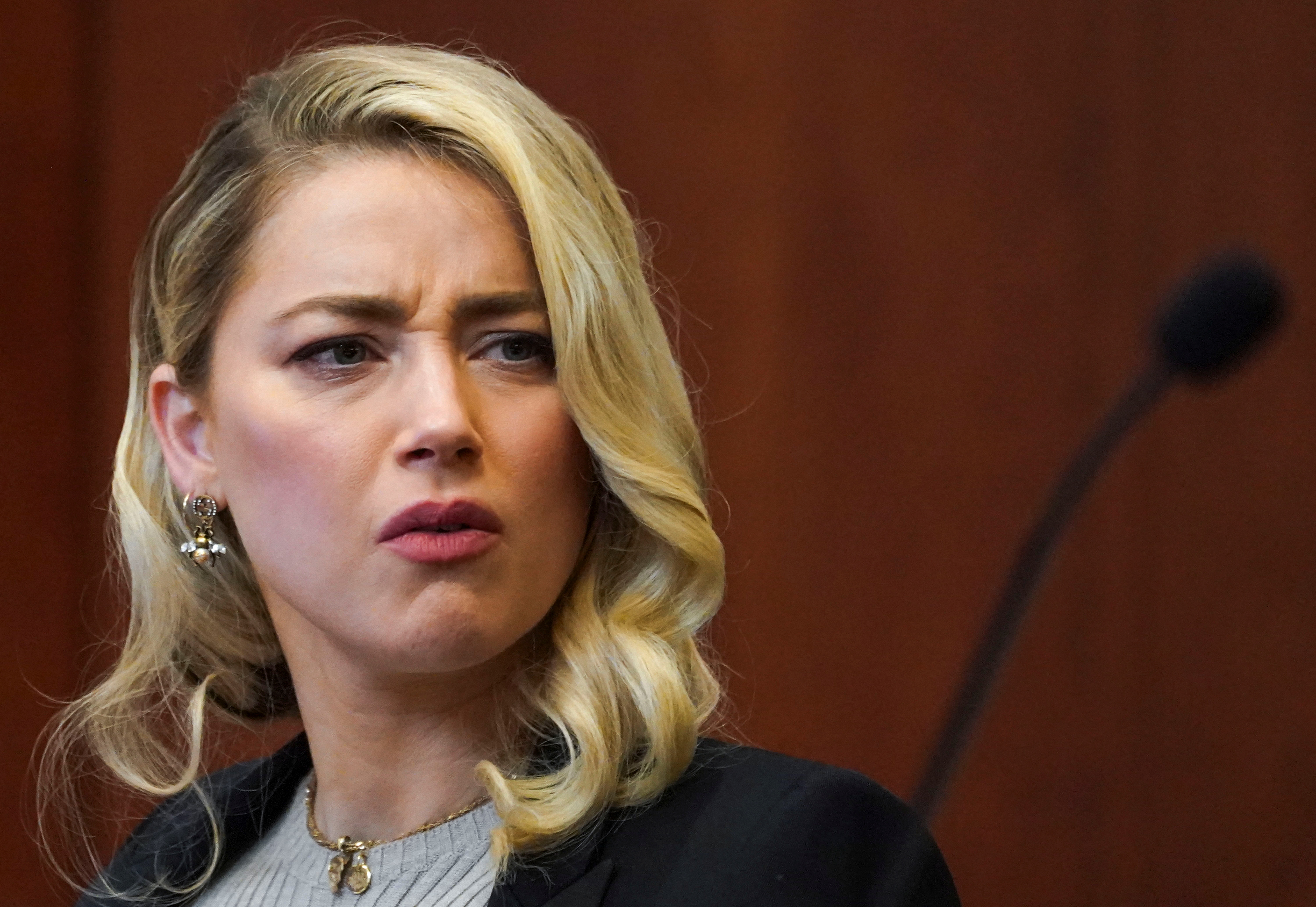 Amber Heard was sued by her ex-husband (Reuters)

Heard was also asked at length about her promise to donate $7 million from Depp’s divorce settlement to charity.

The actress acknowledged she hasn’t given the full amount yet, but said it was because she needed the money to settle her ex-husband’s defamation case.

“I have not yet been able to honor these commitments because I have been sued“, he said.

Heard said she was offended when Vasquez implied she only got the role in “Aquaman” with Depp’s help. “Sorry?Heard said. “No, Mrs. Vasquez, I got the part myself by auditioning.”.

He claimed that Warner Bros. had cut his scenes from the ‘Aquaman’ movie sequel due to a “smear campaign” by his former partner’s legal team.

“They gave me a script and later they sent me new versions in which, basically, they had limited a lot of my role,” Heard said, on his third day of appearing in the legal battle he has with Depp.

According to the interpreter, the actor’s lawyers are carrying out a “defamatory campaign” against him, calling him a “liar” in front of the press to ruin his career, which would have led to the reduction of his role in the film “Aquaman and The Last Kingdom,” which is slated to premiere in 2023. 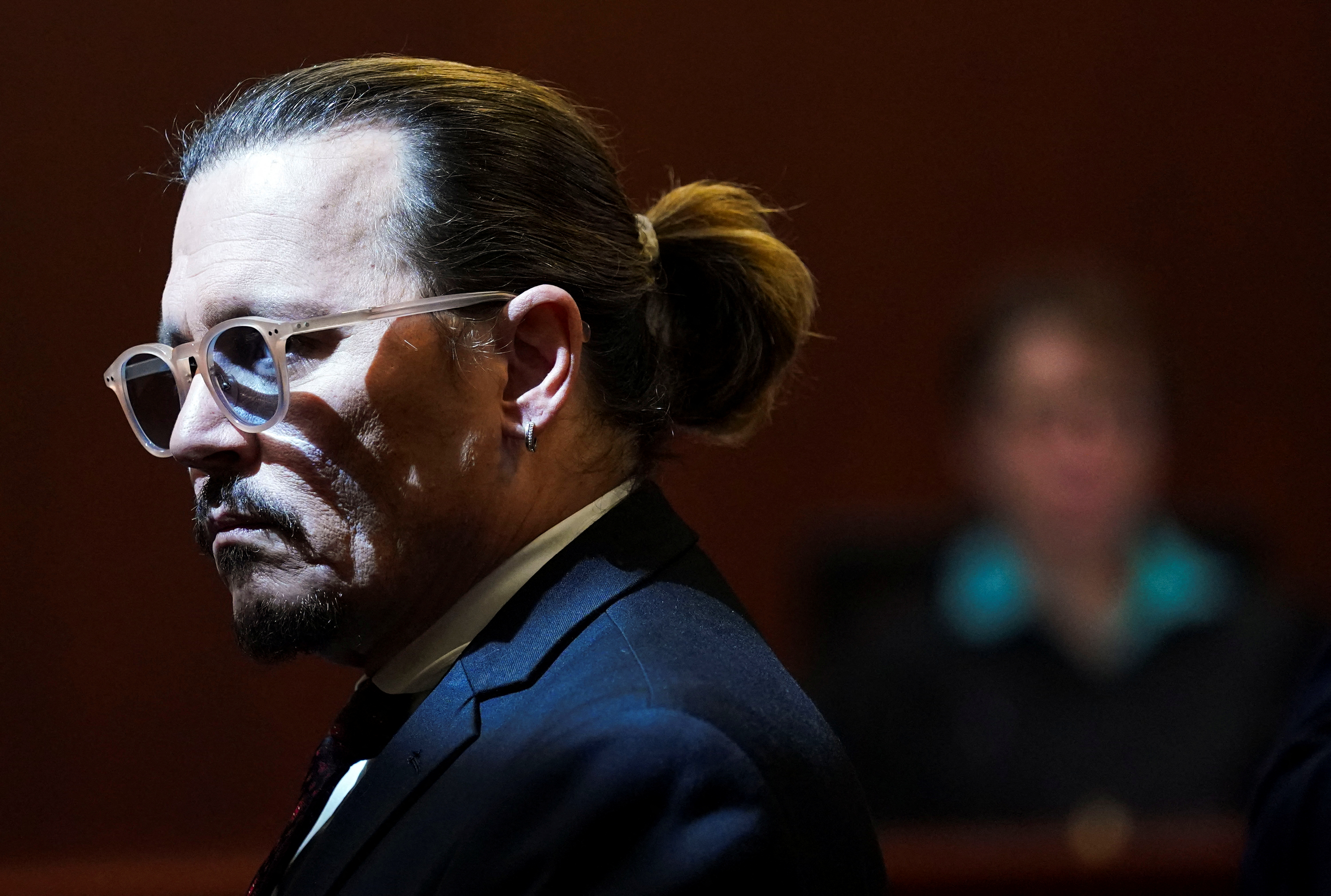 Depp is suing Heard for alleged defamation over an op-ed the actress wrote in 2018 for the newspaper. Washington Postin which she does not name him, but describes herself as “a public figure representing domestic violence. Depp sought $50 million in damages. Heard, for his part, filed a counterclaim, seeking $100 million in damages.

According to financial experts presented by his lawyers, the platform would have cost him a few $22.5 million revenue expected for the sixth film of “Pirates of the Caribbean”from which it was removed.

The star, who has repeatedly stated under oath that he never hit Heard or any woman, testified that his “the goal is the truth as he seeks to clear his name during the trial, which is televised live through various outlets. When Heard took the stand, he told the jury: “I can’t find the words to describe how painful it is. It’s horrible for me to sit here for weeks and go through it all again.”

In November 2020, Depp lost his UK libel case against the British tabloid The sun for calling him a “wife beater””. The court upheld the outlet’s claims as “substantially true” and Heard testified to support his claims. In March 2021, his attempt to overturn the decision was reversed.

The judge in the case, Penney Azcarate, has scheduled closing arguments for May 27, after which it will be left to the seven jurors.