Juan-Carlos Baglietto Yes Silvina Garre they are sitting quietly in the corner of a bar in Almagro. A lady asks them to take a picture and leaves. The scene of total normality couldn’t have happened in 1982, when the album was released hard times. The album with classics like “Life is a room” of a Fito Paez 18 years old, “Mirta, back” from Adrian Abonizio and “It was in April”, composed by Georges Fandermole at the age of 16, he automatically became one of the musical phenomena of the war year: they sold 80,000 units and the album was chosen by Charlie Garcia as album of the year.

It all happened while young soldiers, thousands of miles away in the Falkland Islands, were listening to his songs during the war with Britain. “’It was April’ and ‘Mirta, back’ were playing on the radio and later we received testimonies from ex-combatants who were in a well and listened to the songs until their batteries ran out . Very exciting. I think that, in any case, I did not have a privileged vision of the situation, I also let myself be fooled a little. I jumped on the triumphalism of the moment and felt that we were collaborating on a cause for all. We were the great swindlers of this murderous lie. We experienced it with a bittersweet taste, because things were happening to us inside that we never imagined would happen to us,” explains Baglietto.

At that time, the lead singer of the Rosario trova not only could not sit down for coffee in a bar, but had to leave the recitals hidden in the trunk of the car. “The success has been tremendous. We were doing three shows a day. There were times when we didn’t even know where we were because Juan (Baglietto) was driving in a break we had. We even arrived a day before a show. All this with the contradiction that while all this was happening to us, the boys were in Malvinas, ”he says. Silvina Garre.

Song by Juan Carlos Baglietto: Life is a coin

Forty years later, Rosario’s trova celebrates the edition of hard times, with two live concerts at the Teatro Opera, this Friday and Saturday. “A function has already been completed. The other one sold well,” says Baglietto. Silvina Garre who has just arrived from Mar del Plata for the rehearsals they have been doing for months with the rest of the Rosario troupe: Adrian Abonizio, Fabien Gallardo, Ruben Goldin, Georges Fandermolewhich they joined Frame pusineri on battery and Sergio Sainz on bass, who were part of the band’s original base when the album was presented to Obras on May 14, 1982.

Are you nostalgic for this past?

—Juan Carlos Baglietto: I’m not a guy who reminisces about the past or yearns for it. Time also dyes things a color that is not what they had at the time. But it will also be because a lot of things have happened to us and we are stuck there. That’s the good thing about it together. We come together to celebrate the present.

—Silvina Garre: We have a present that treats us well and a beautiful past too. I visit him from time to time or he visits me. Images come to me, a question sends you back. Not so much work, but more everyday scenes, of my grandparents, of my house in Rosario. I love reminiscing, because somehow you see you’ve come a long way honestly and that’s nice.

—JCB: Honestly, we have nothing to deny.

—SG: These things have also brought us to where we are, at this right time. It is good to remember. 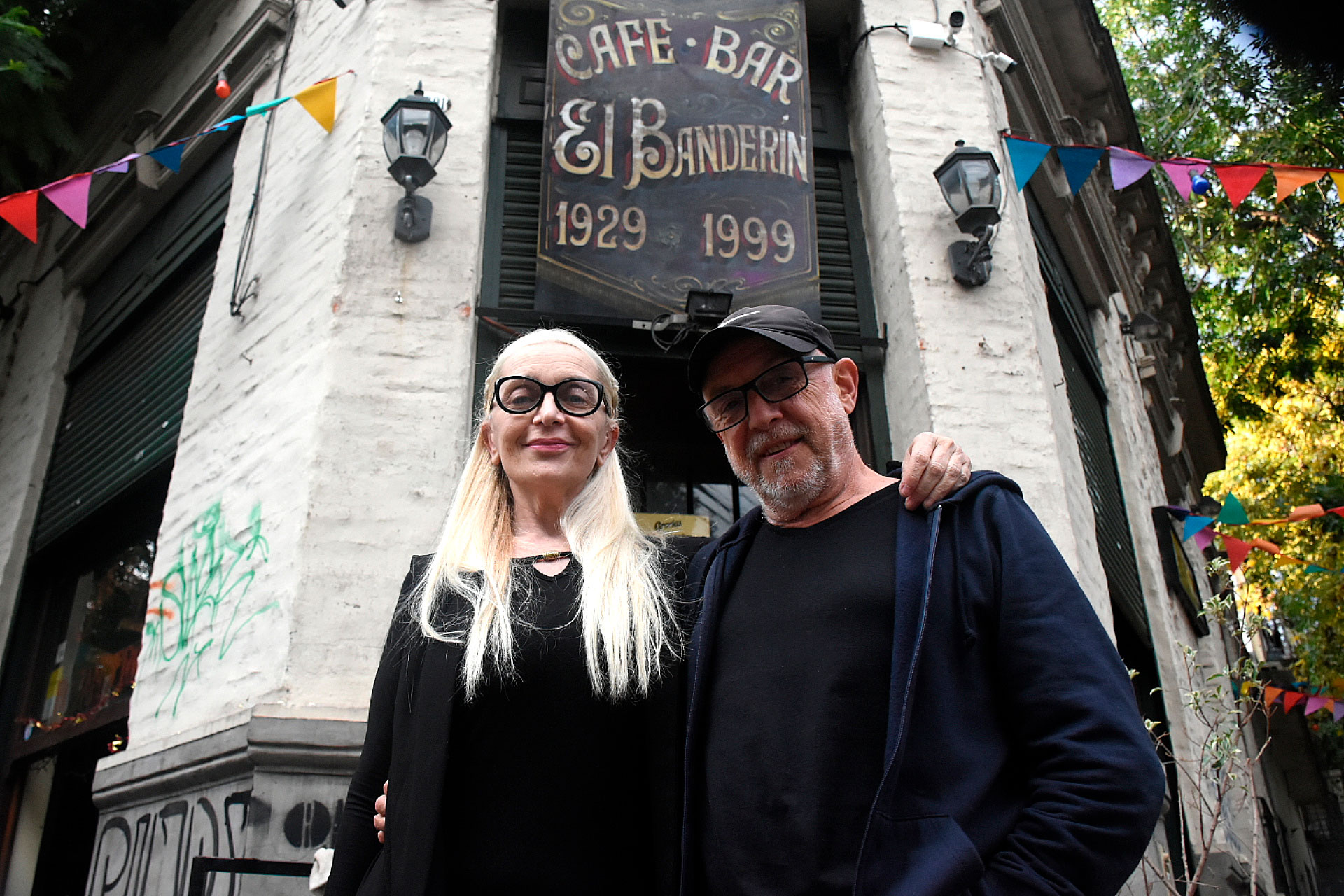 — What happens to them when they sing the classic songs again?

—SG: In reality, what happens to me on stage is that there is no time. It happens in this sacred space that is the stage, unique, different from everything. Also something that I feel happens to the audience, and also happens to me when I’m in the audience, is that what the song of purple vine “Back to 17”. When you listen to these songs, you come back to that time in life when you first heard this song and it makes you feel good. It gives you back this innocence, this fervor, this state of permanent illusion of youth.

—JCB: Also, the truth is that I recommend everyone the feeling of being on stage because it’s therapeutic. The scene heals. And then, we have a repertoire that wasn’t made with the intention of going out of fashion or lasting. And it lasted. It was not made to meet anyone’s expectations, not even the authors. The songs have arrived. This innocence with which we approached the recording of the first album gave us the possibility of not being contaminated by the vices of the profession that we were unaware of. We didn’t have these media settings. So we got rid of the one that told us that songs shouldn’t be longer than three minutes because they weren’t going to play on the radio, or that albums should have a balance between fast and slow songs.

—SG: It was great, because the only thing that mattered to us was doing it right and making good songs, and there was poetry in it.

—SG: For this reason also, this particular bond between all of us, the bond of affection, the pleasure of continuing to sing together, because we shared all this first time. Another thing also happens with the songs we sing. We make these songs not because people want to hear “It was in April”. We really enjoy when we sing them. It’s not like I’m singing it for the first time because I’ve done it a million times, but it’s always different: the context, the place, the reaction of people. We are not a repeating machine. People appreciate it and so do we. 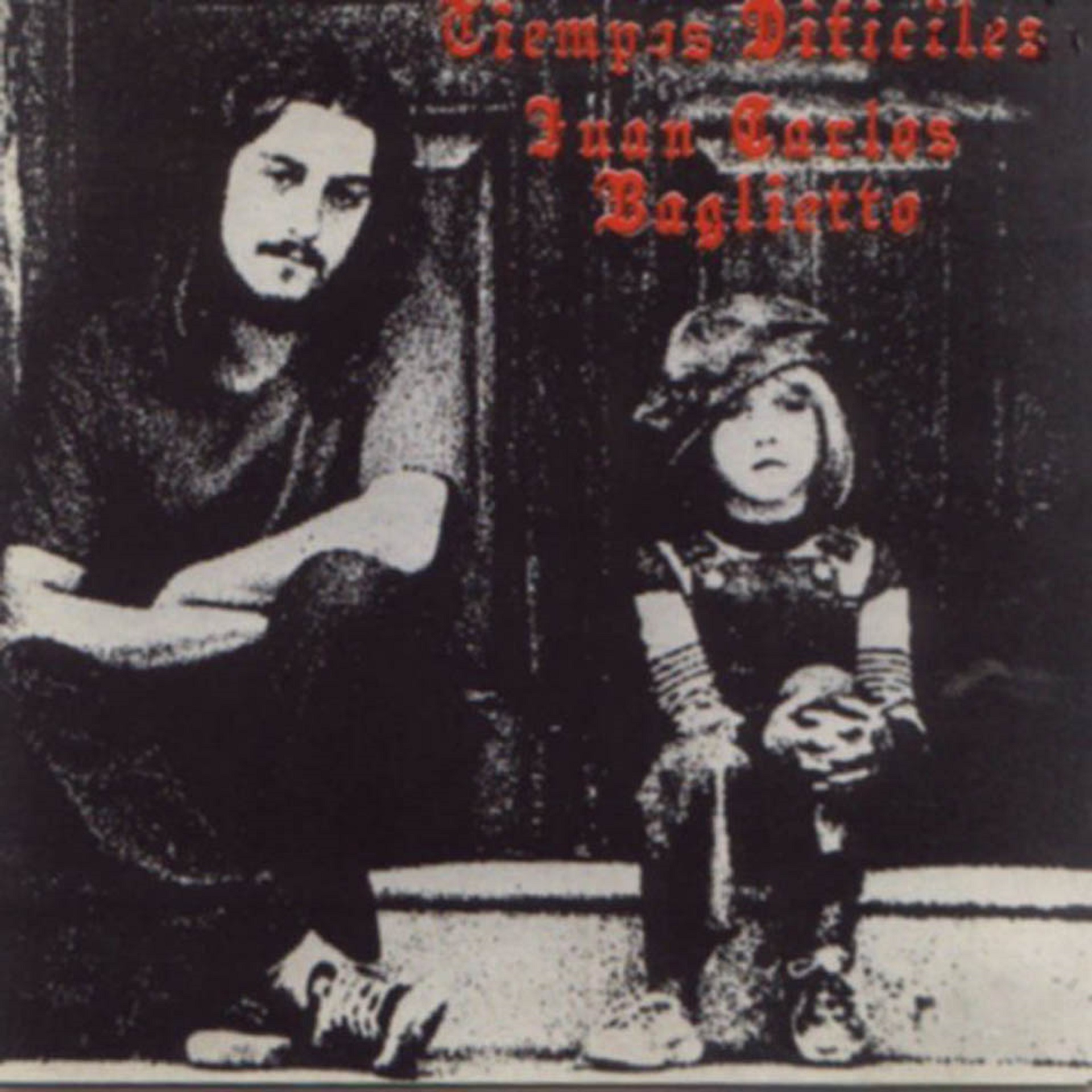 —“It was in April”, one of the biggest hits on this album, was not an easy story to sing: it was about the death of a couple’s baby and the idea of ​​suicide hovered.

—JCB: No, it’s true, but there, our interpretation was combined, the film that people made with us around this song because we were a couple at that time, and a number of things were combined who made this song last and others and have a direct impact with the complicity of the people. We were not a tax product. And I think it’s the merit of this conjunction of situations that 40 years later allows us to be there.

—SG: It also depends a lot on the talent of the author in this song. It’s a very poetic song, which although it tells a tragedy has no low blows. The story is told, but with an impressive flight, the melody and the poetry are so well done. Remember it was written by a Georges Fandermole 16 years old. It’s extraordinary.

—JCB: It was a gifted man who appeared, as in the case of Fito Páez who wrote “Puñal after dagger” when he was 17 years old. Both are adult type songs, not teenage ones. But if you stop thinking that Homero Expósito wrote “Naranjo en flor” when he was 16, you say that there is something very special about that, in those who make songs. 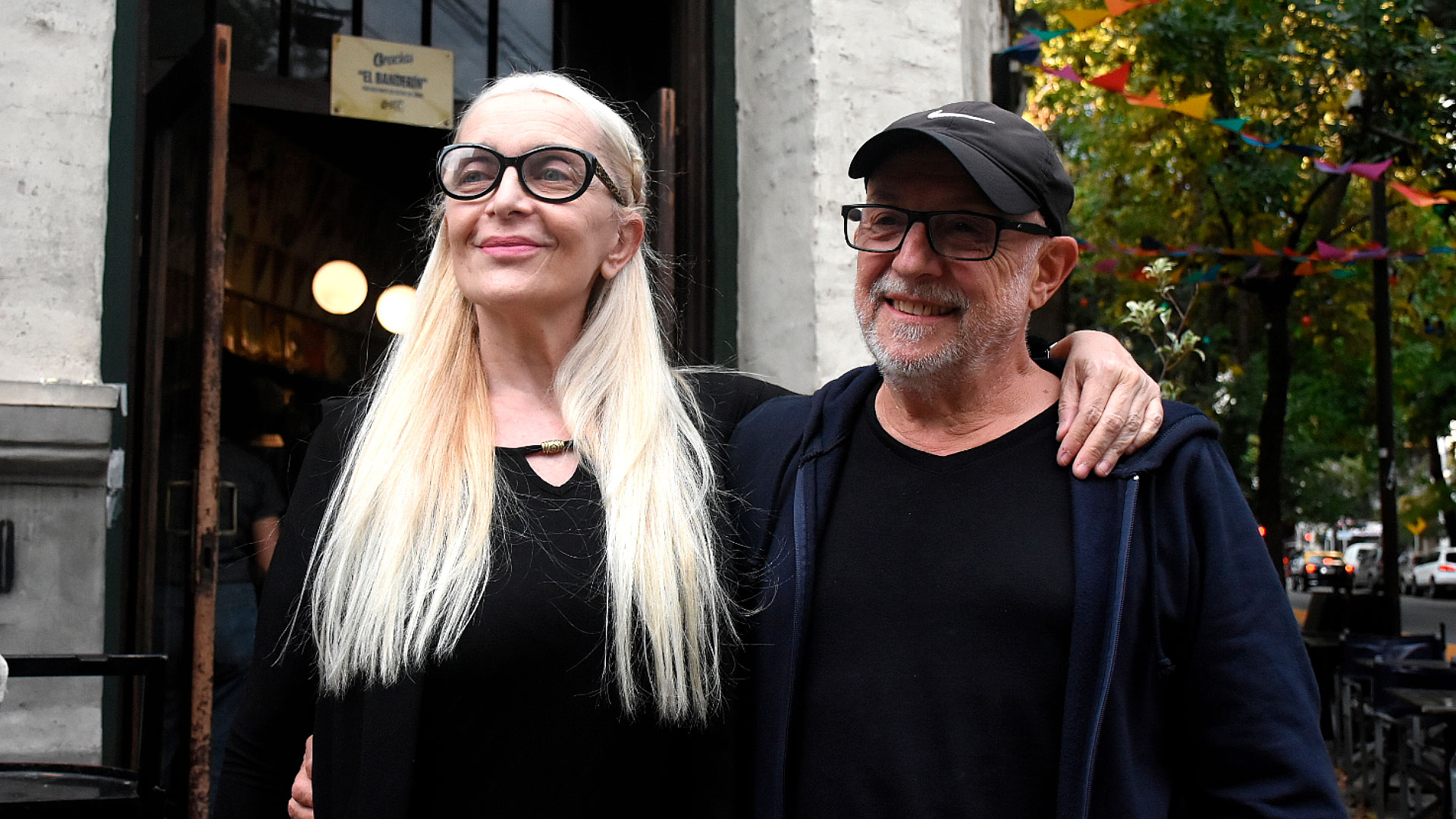 — How was your life in Rosario before the boom, the air you breathed and the social, cultural, daily context?

—SG: On the one hand, there was the repression that you were taken to prison for having long hair. I remember the raids at the concerts and that they took you away in little trucks

—JCB: Yes, there was the impossibility of expressing oneself. They took me to jail once a week.

—SG: Once they took us just before going to a Serú Girán recital in Rosario.

—JCB: We lived with that, but at the same time we had a personal, minimally collective refuge in the music that was generated. We all knew each other. Many groups were generated by the need to survive, not only the dictatorship, but a musical environment which, at best, was indifferent. There was no room for us. In fact, we played in the rocks. We were sort of unclassifiable artists.

—SG: These concerts in the peñas were good. We were building a repertoire there and a lot of those songs from the first album were already there. One was burning. For me, being so temperamental on stage helped. Juan no, he always went to the front. 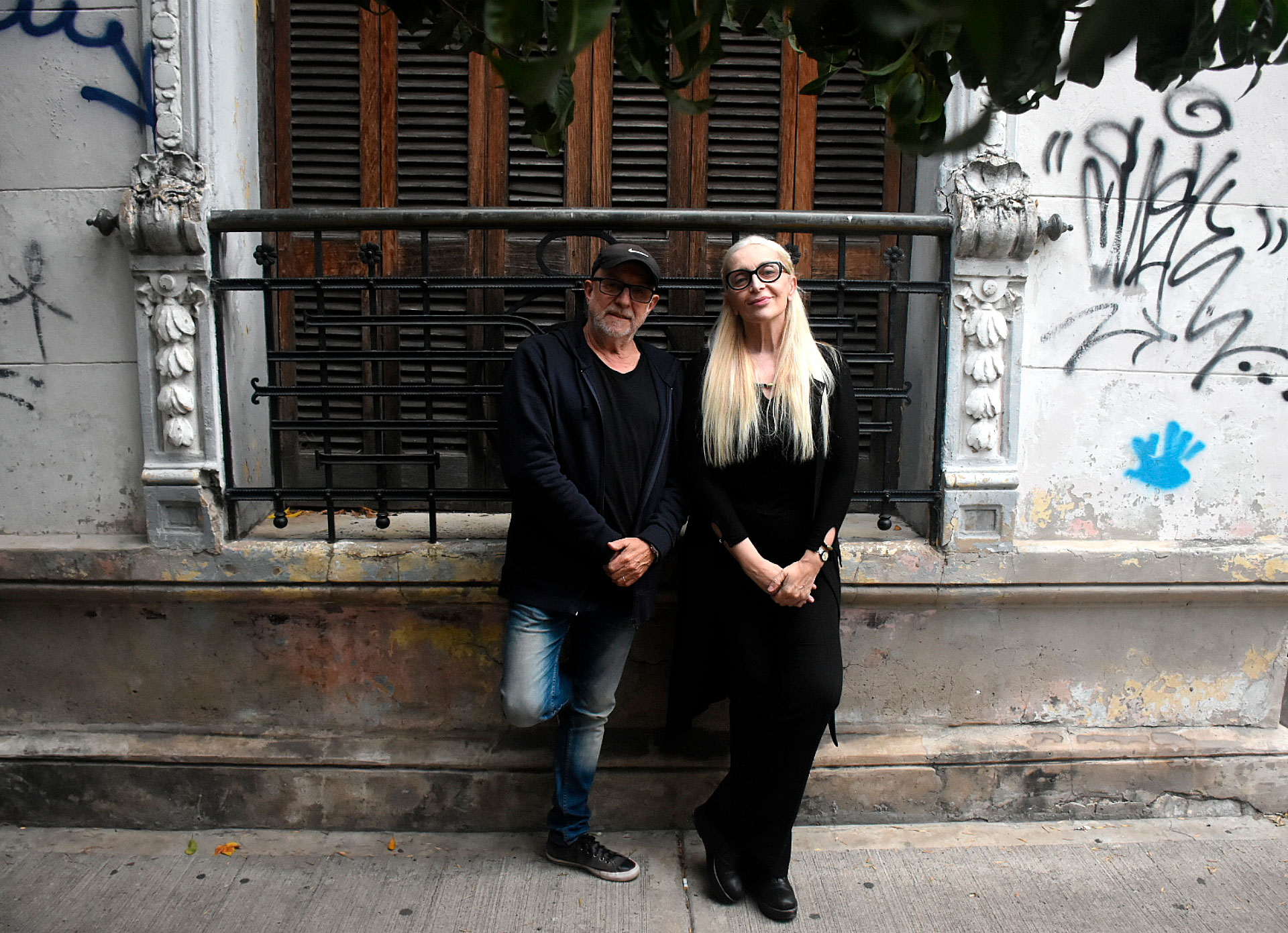 – Did you hear again? hard times over the years?

—JCB: I haven’t listened to it much, but I have lately with the need to listen to these versions for shows. It surprises me the same way this album continues to sound, despite us. Clearly we fell into good hands as we didn’t understand much at check-in. The sound of the disc has not aged. In fact, it will be because the vocals sounded quite natural. With rare exceptions like The Forever Unknowns, Serú Girán or The Bird-Making Machine, few bands worked vocally. It was also a distinguishing characteristic of the group.

—SG: The album is very pure in its sound, which is why I still love it so much. These are the kind of records that I like. I like folk music like james taylor and where there are nylon acoustic guitars. In addition, great artists were with us who knew how to play the zamba, for example, Manolo Juarez on the piano, the Chango Farias Gomez in the bass drum, or Louis Ceravolo on the battery

—JCB: hard times It was the last album that was recorded in the EMI studio with the same console that the Beatles recorded. We had never gone beyond 4 channels and finding such generous space was impressive. One day I passed by, where the workshop was, in Mendoza and Montañeses. It eventually became a Buddhist temple. I walked in and where we recorded the voices there is a giant Buddha.