Skip to content
No Smoking and No Fastening Seat Belt signs that can be seen on commercial aircraft. (Getty Images)

In the past few hours, a report by French aviation experts has been made public, in which it is detailed that the cause of the crash of flight MS804 of EgyptAir in 2016, in which 66 people diedwas caused by a fire caused by a cigarette lit by the pilot in the cockpit.

The event took place on May 19, 2016, when the flight that was to complete the The Paris-Cairo route fell in the eastern Mediterranean. today almost 6 years after the accident, French experts have revealed the possible cause of the accident.

According to the 134-page report sent to the Paris court last month (as 15 French people were killed in the event), it was determined that the fire that caused the plane to crash occurred because the captain or co-pilot were smoking at 37,000 feetshortly before the accident. Mohamed Said Shoukair allegedly lit a cigarette in the cabin of EgyptAir flight MS804, which allegedly caused a fire on the plane

According to the document, which Italian outlet Corriere della Sera had access to, Egyptian pilots were smoking in the cockpit: EgyptAir had not banned the practice at the time of the accident.

The fire is believed to have been caused by a combination of the cigarette burning and an oxygen leak in the co-pilot’s mask.

The mask had been replaced three days before the occurrence and was set to “emergency” mode designed for situations with smoke or gas in the cabin, meaning the device was delivering 100% oxygen at constant pressure. 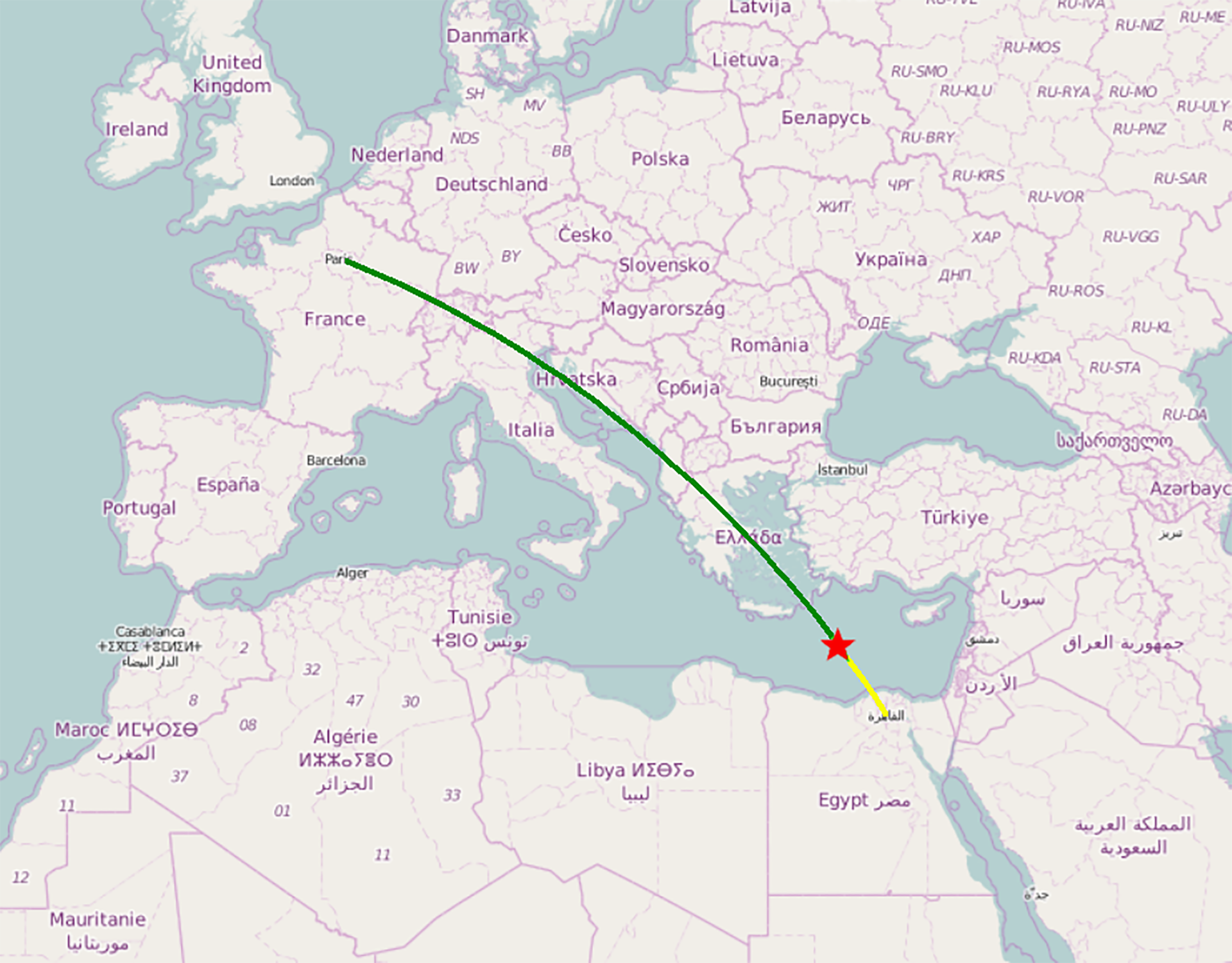 Map of the path taken by MS804 until it disappeared from radar and fell into the Mediterranean Sea, the red star marks the site of the accident, while the green route is the route it had already traveled , and yellow is what was missing

Daniele Veronelli, a pilot of an A320 plane, the same model involved in the incident, told his country’s newspaper that cabin oxygen checks and donning masks are part of routine pre-flight activities. “When we enter the cabin, between the various preliminary checks before takeoff, we also check the oxygen flow in the side masks, a door is lifted and the air flow is tested by pressing a button which protrudes from the compartment. By activating the intercom, you can hear the flow of oxygen because each mask is equipped with a microphone”, he explained.

Therefore, one can think that the pre-flight checks were not carried out correctly, or that the problem was not detected by the captains, who, in fact, had suffered from fatigue during the night flight , which left Charles De Gaulle airport soon after. after 23. The report indicates that the commanders were in their duty hours.

The ICAO (International Civil Aviation Organization) Since 1996, it has promoted a ban on smoking on board aircraft.However, governments consider their resolutions as recommendations when they legislate, instead of establishing common and strict rules. 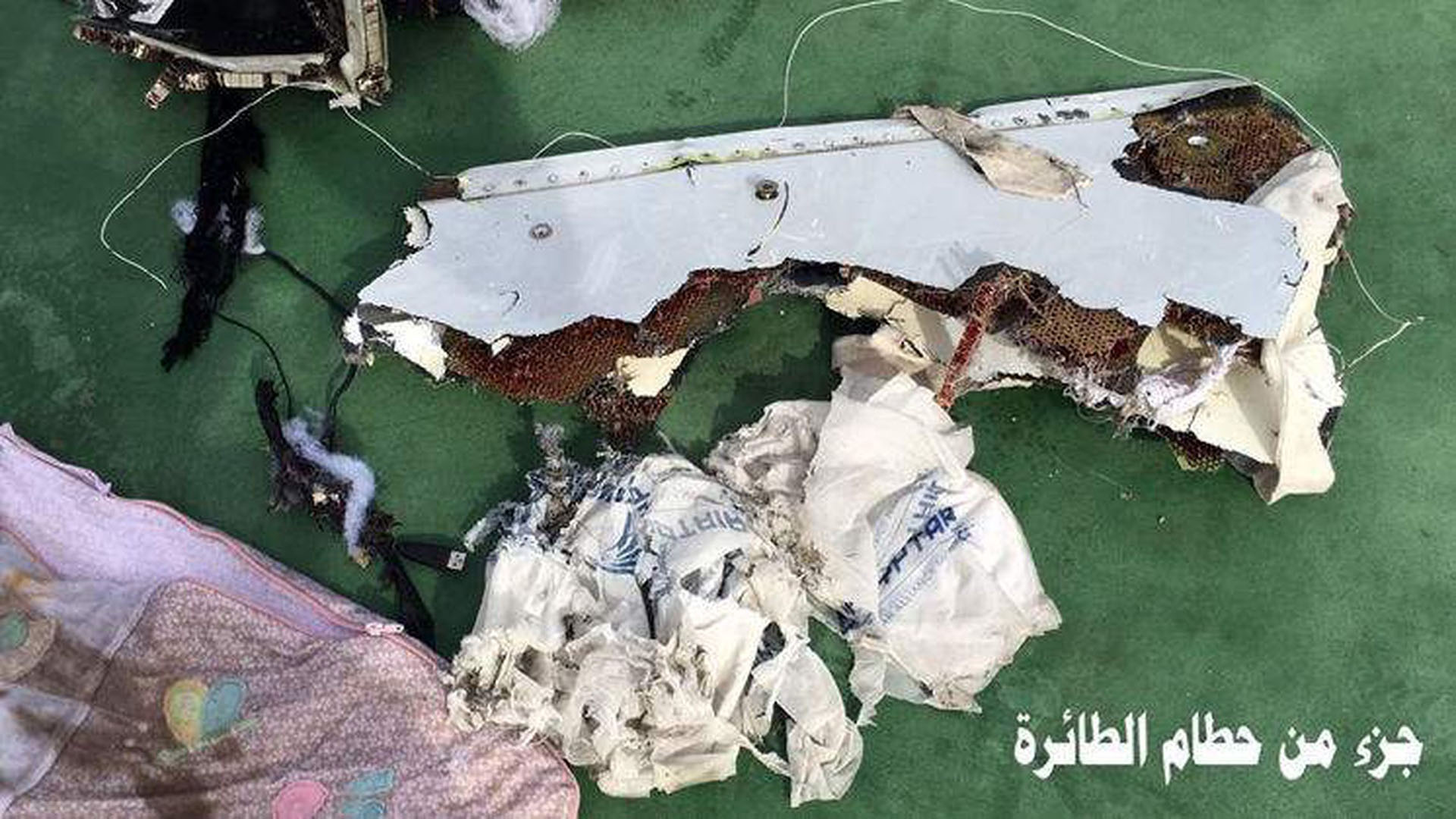 Egyptian authorities initially said they found traces of explosives in the wreckage of the plane. (Egyptian Armed Forces Facebook via AP)

Initially, Egyptian authorities attributed the accident to an intentional actdespite the fact that no group has claimed the fact, even said they found traces of explosives in some human remains recovered from the crash site.

However, already in 2018, the Office of Research and Analysis for Civil Aviation Security (BEA, for its French acronym) from France, had said that “the most likely hypothesis is that a fire broke out in the cabin while the aircraft was flying at cruising altitude and the fire spread rapidly and caused the aircraft to lose control.

Today, the content of the report sent to the Paris Court of Appeal, which is investigating the fact qualified as “unpremeditated homicide”, was known, according to the statements of the Italian media. In the meantime, the relevant Egyptian authorities have yet to issue any statement on the new information and have even been accused of refusing to cooperate with the French investigation.