Chances are that if we utter the acronym ‘GTA’ many of us will think of ‘GTA V‘, the Rockstar Games hit. Older users will probably also think of ‘GTA San Andreas‘, one of the franchise’s great games for PS2, but few will fall into it ‘GTA’ is a franchise whose first opus dates back to 1997.

At the time, video games were well established and we had titles on the market like the legendary “Final Fantasy VII”, “Quake II” and “GoldenEye 007”. We have to go back to 1996, when DMA Design, who just blew it up with ‘Lemmings’was the protagonist of a report in working luncha BBC program broadcast on May 15, 1996 which dealt with the development of his new game: “Grand Theft Auto”.

Today, thanks to the BBC, we can access this clip and see how was the development which, without a doubt, was the seed of one of the most popular franchises in history.

It’s a game of stealing cars

The report takes us to Dundee, a coastal city located in the east of Scotland and home to DMA design. DMA Design was founded by David Jones and managed to catch the attention of critics and users with ‘Menace’ and ‘Blood Money’. However, it wasn’t until the early ’90s that the studio released its first big peach: ‘lemmings‘, which sold 20 million copies and was released on 21 different systems.

At the time, DMA Design had about 100 workers (today Rockstar has over 2,000) and was working on its next game, a title that Rory Cellan Jones (the journalist) describes as “a car chase through the streets of a fictional, presumably American town”. He wasn’t wrong. The three cities were Liberty City (based on New York), Vice City (based on Miami), and San Andreas (based on San Francisco).

First, we meet Dave, software designer and in charge of the main mechanics of the game: that the cars move, that the pedestrians react, the physics of the objects and that the city seems alive. He already specifies that one of the keys to the game is get out of the car, steal another one and do missions. 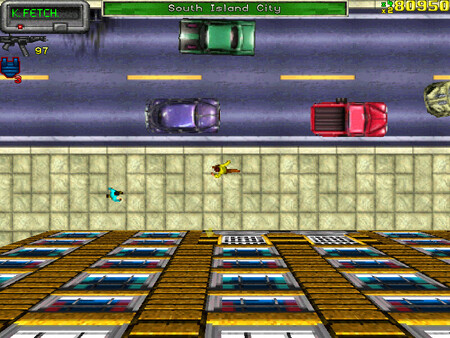 Then we go to the sound department, where we see that the music was made with real instruments. Players who have played it will surely remember that at the time, the game had different music stations that changed when switching from one car to another. Funnily enough, all of the music was composed in the studio and the same goes for the sound of crashing cars.

We then find the motion capture area, where a person is seen punching the air. While it’s true that it doesn’t have the curious costumes we see today, it served to capture movement and process it to animate the characters. Granted, the game had a top-down view and the animation wasn’t as colorful as any of ‘GTA V’, but it starts with something. 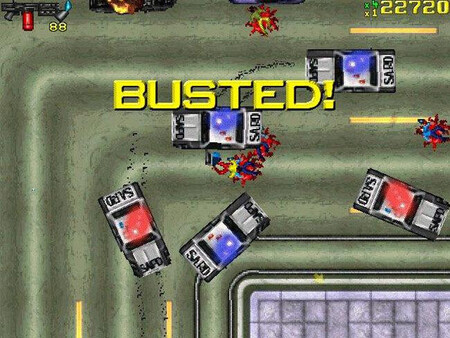 We also meet testers Gordon and Fiona. The reporter says his job is to “play GTA all day”, although the reality is quite different. The testers test the game and work closely with the developers to verify, among other things, what’s fun and what’s notbecause something can be fun in the programmer’s head, but not so much when the player tries it out for themselves.

And the rest is history

‘Grand Theft Auto’ was published by BMG Interactive, which made it difficult, but not impossible, for DMA Design (acquired in 1997 by Gremlim Interactive) part of Rockstar Games, a subsidiary of Take-Two. Rockstar then purchased DMA and renamed the company Rockstar North in 2002.

Under this name, the studio, along with other studios in the company, launched the rest of the saga we know today, as well as titles like ‘Red Dead Redemption’ (one and two), ‘Manhunt’ ( one and two ) and course ‘GTA V’, Rockstar’s goose that lays the golden egg.

GTA V, absent the new installment already in development, is the culmination of the endeavor. It is the second best-selling game in history with 160 million units sold worldwide. Only Minecraft exceeds it, with 238 million units. Not bad for something that began as “a car chase through the streets of a fictional, presumably American town.”