US claims China is committing ‘genocide’ against Uyghurs representing about half of Xinjiang’s population of 12 million, and imposed sanctions in response. China strenuously denies this, calling its accusations “the lie of the century”.

According to several researchers, Chinese authorities have interned more than a million Uyghurs and other ethnic Muslims in detention centers and prisons across the province.

While China denies this figure and explains that these are “vocational training centers” intended to fight against Islamist radicalism, former detainees have testified to rape and torture inside these camps, and political indoctrination by Chinese officialsall framed in an ubiquitous surveillance system. 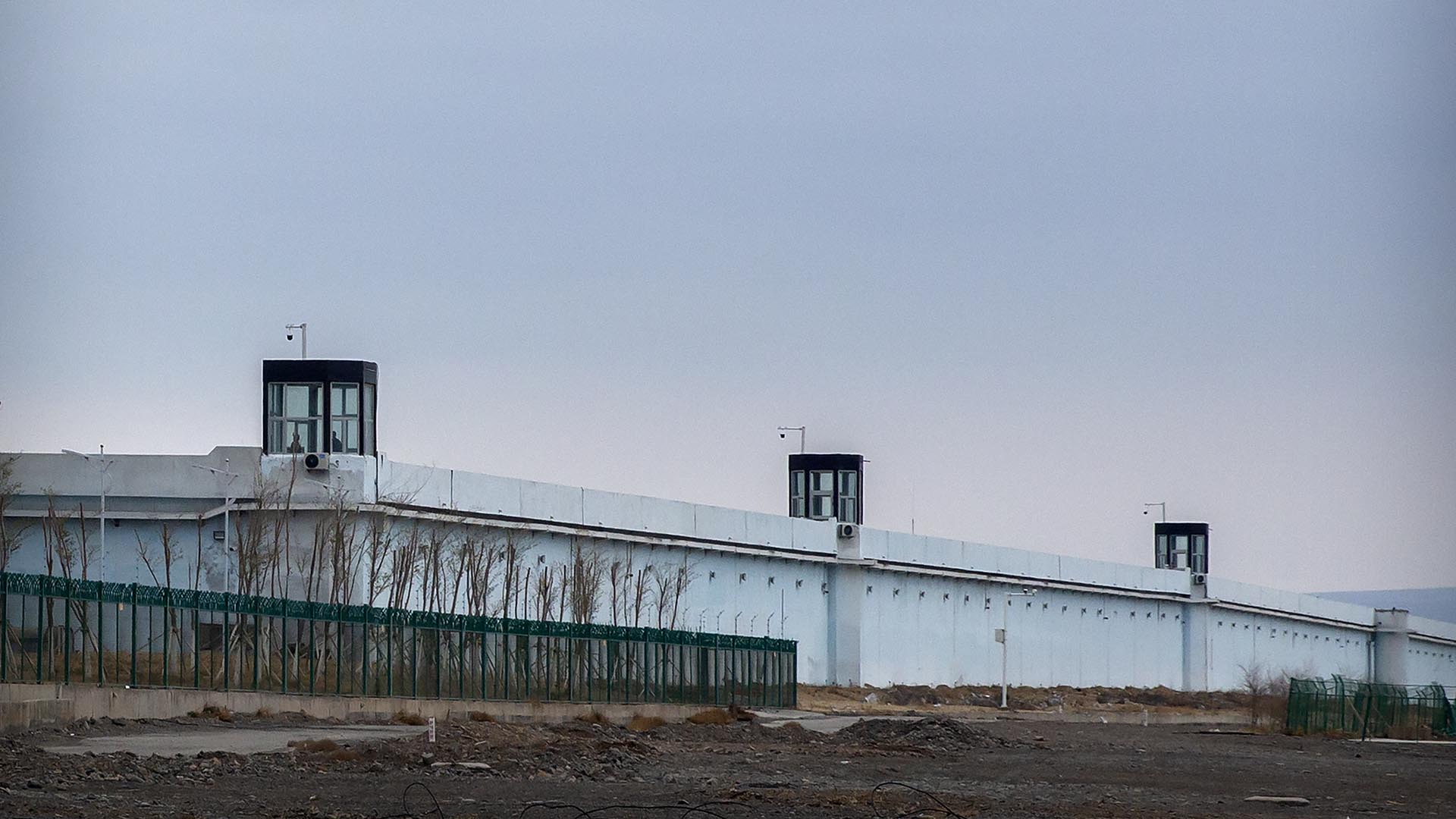 Pressure where they imprison the Muslim minority in Xinjiang. (AP Photo/Mark Schiefelbein, File)

Guards equipped with tear gas, electric or stun guns and spiked rattles control these centers surrounded by barbed wire and infrared cameras, according to government documents examined by the AFP in 2018.

The leak of a series of government data, including a confidential file from 2019 known as “Xinjiang Documents »provided insight into the magnitude of Beijing’s internment strategy.

Other documents obtained by University of Sheffield professor David Tobin and seen by AFP show how officials in the northern region they were systematically mobilized by targeting Muslims.

One such document is a manual published in 2016 detailing interrogation techniques and urging authorities to be wary of “wild” imams or religious followers who are “playing a double game”.

China is also accused of recruiting Uyghurs into its forced “labour transfer” programs.linked to international supply chains in various sectors ranging from clothing to automotive.

According to China, such initiatives facilitate poverty reduction by providing well-paying jobs to low-income rural residents. 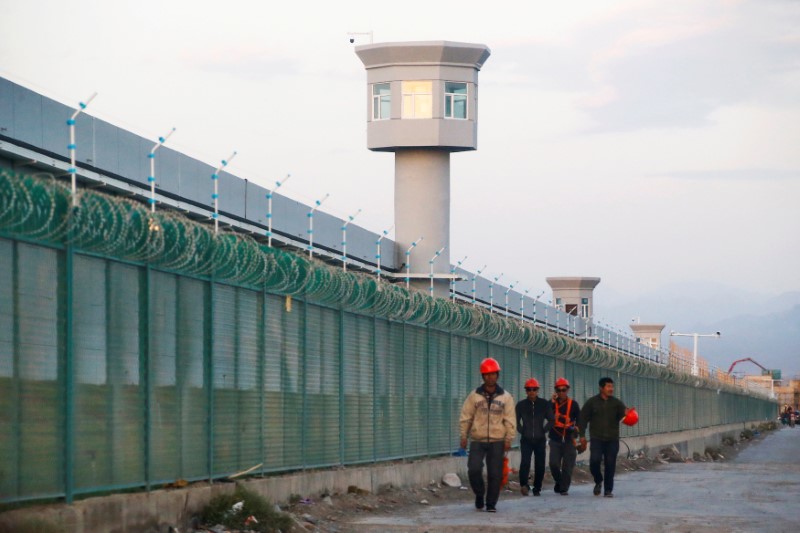 File photo of workers walking along the perimeter of what is officially known as a vocational training center being built in Dabancheng, in China’s Xinjiang Uyghur Autonomous Region. September 4, 2018. REUTERS/Thomas Peter

But the investigation indicates that the authorities forced tens of thousands of people to work in camps and factories under a system linked to the detention camps.

Last year, the United States passed a law banning the importation of products made by forced labor in Xinjiang.

In April, China says it has ratified two international conventions against forced labor.

Academics and NGO activists say the stringent birth control measures taken in Xinjiang since 2017, including sterilization quotas and the installation of sterilizers, are part of a deliberate attempt to reduce births to ethnic minorities. 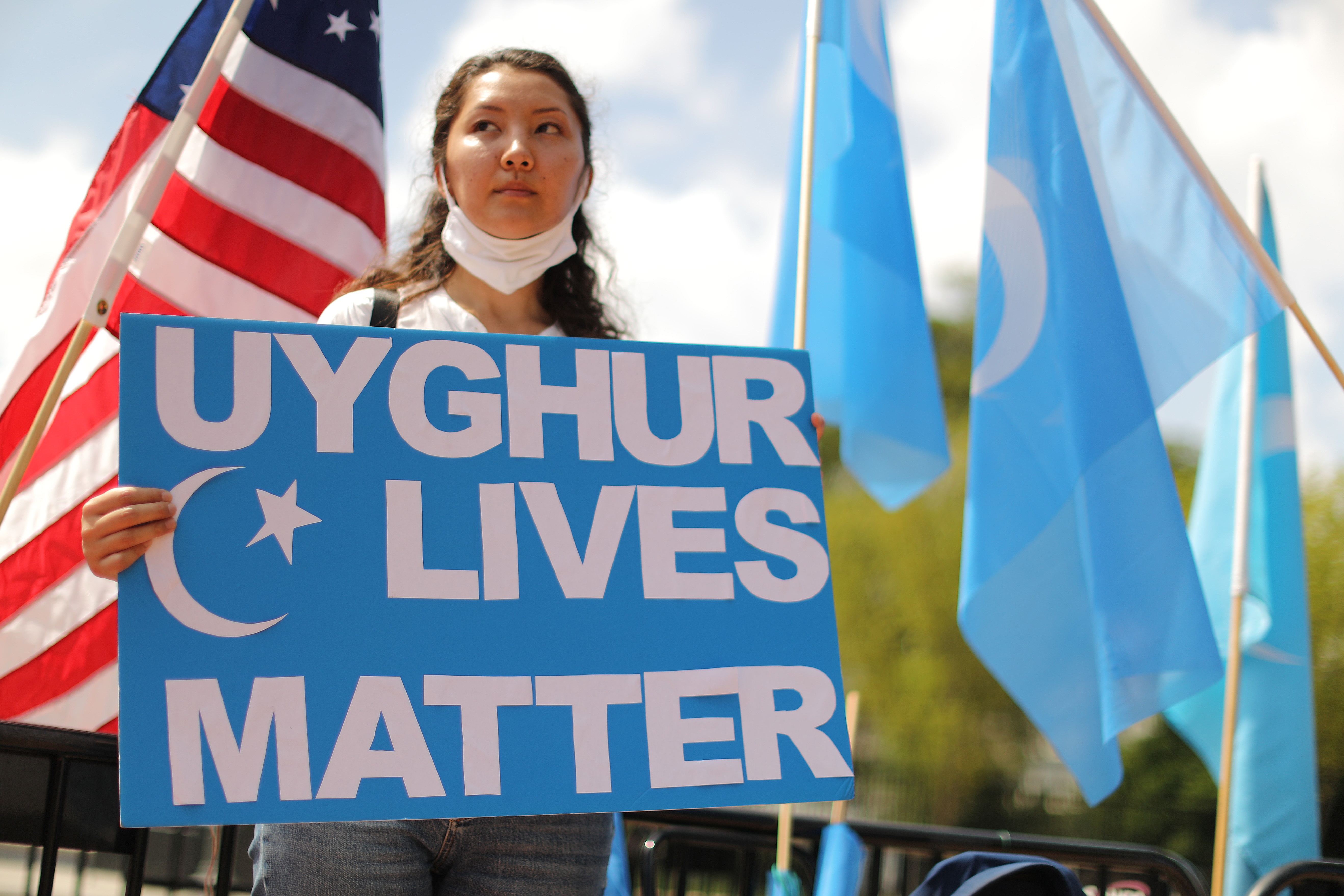 08/14/2020 A protest outside the White House against China calls on the United States to end the trade deal and take action to end the oppression of Uyghurs. SOMODEVILLA ECONOMIC CHIP

Population growth in some Xinjiang counties where many minorities live declined between 2017 and 2019, according to research papers citing local governments.

China has cracked down on religious, cultural and linguistic practices in recent years, according to researchers and Uighurs living outside the country.

Some 16,000 mosques in Xinjiang, two-thirds of the province’s total number, have been destroyed or damaged as part of government policies since 2017.according to the Australian Strategic Policy Institute.

During a 2019 trip to the region, journalists from AFP they visited several holy sites that have been demolished or given other uses.

A county where China persecutes Uyghurs has the highest arrest rate in the world: one in 25 people are in prison
Chinese regime approves Michelle Bachelet’s visit to Uyghur region of Xinjiang
The United States has denounced that the Chinese regime seeks to distract with the Winter Olympics from the “genocide” against the Uyghur minority
“My hell in a sterilization camp in China”: the chilling testimony of a Uyghur prisoner in Xinjiang