Close friend of Amber Heard, the British music journalist Eve Barlow, was dramatically kicked out of the Johnny Depp trial. The former couple accuse each other of defamation in a trial in Fairfax, Virginia, United States, for a column published in the Washington Post in 2018, in which Heard described herself as a “victim of domestic violence » harassed by the company after reporting Depp.

People who attended the trial last Thursday revealed to Page Six that Barlow, a former NME associate editor and New York Magazine contributor, got into trouble with the judge by sending texts and tweets from the front row of the courtroom, which is usually reserved for legal advice.

Barlow was reportedly part of the actress’ legal team and even tried to intervene in the lawsuit involving Depp’s friend, Witness, Gina Deutersthe informants pointed out to the media.

According to sources, Barlow attempted to defend Heard by having his legal team show Judge Penney S. Azcarate that Deuters was allegedly called as a witness.. Barlow pointed to a social media post from Deuters, saying it was a recent post from the ongoing lawsuit.

However, it turns out the post in question was shared in 2021 during Depp’s trial against The Sun newspaper in London.

However, Deuters admitted Thursday that she watched videos of the trial online before giving evidence, for which she was removed from the courtroom and her testimony was expunged from the record.

Given what happened, Depp’s attorneys responded by promoting a motion for Barlow was permanently removed from the courtroom, which the judge approved.

Judge Azcarate also objected to Barlow’s text messages and tweets. “She was live-tweeting from my courtroom…and I know the cops took her down because she was texting. This goes against the court order. Ms. Barlow will not return to the courtroom during this trial.he said according to court transcripts. 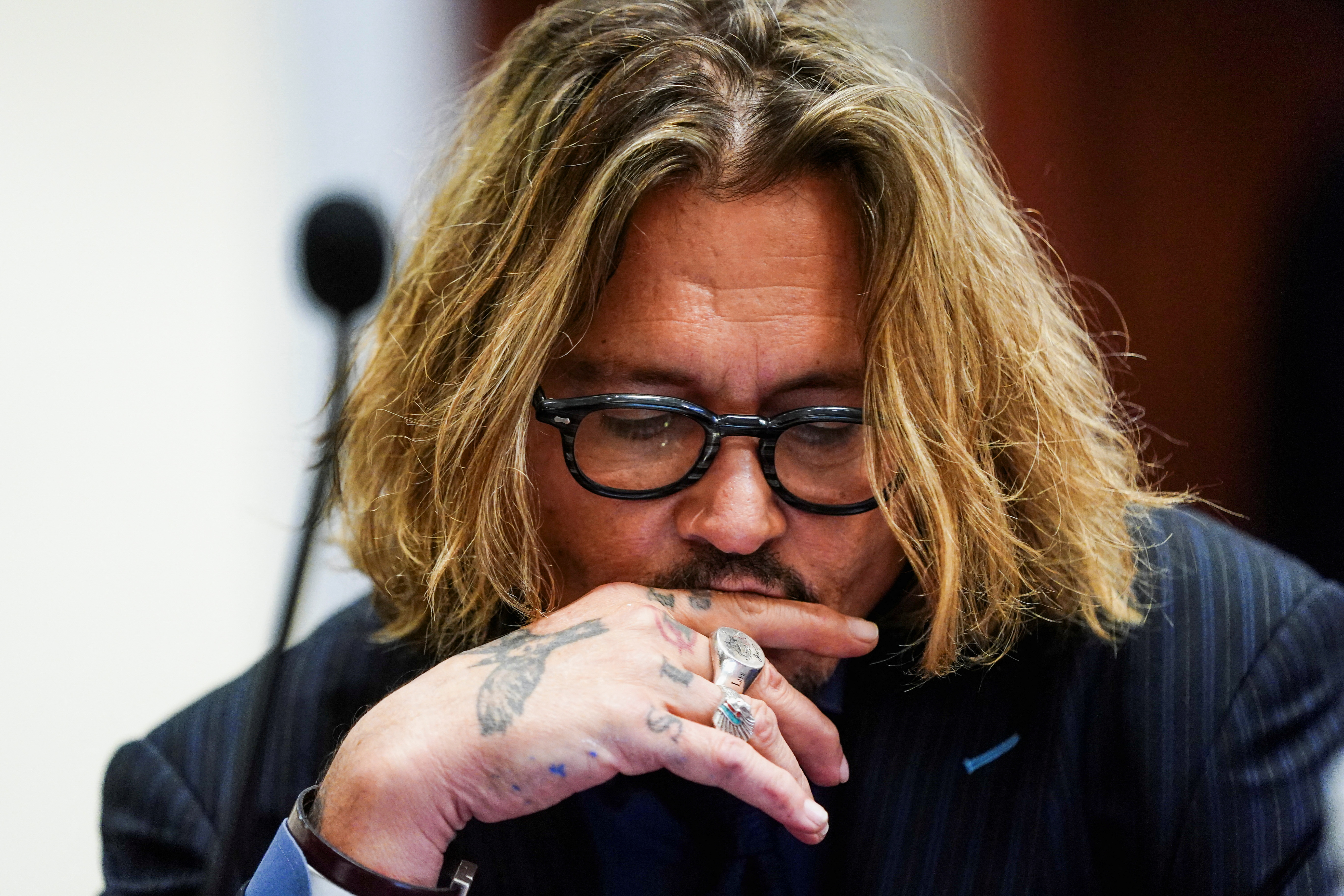 A former personal assistant to Amber Heard said she had never seen the the actress suffered all kinds of physical abuse from her then-husband, Johnny DeppInstead, he said that Heard spat in his face when he demanded a higher salary.

Heard fought in a blind rage, texted incoherently at 4 a.m., and was often drunk or high on illegal drugs.testified Kate James in a video statement released during Depp’s libel lawsuit against Heard.

Depp, for his part, was very quiet, almost shy “like a true southern gentleman,” James said. 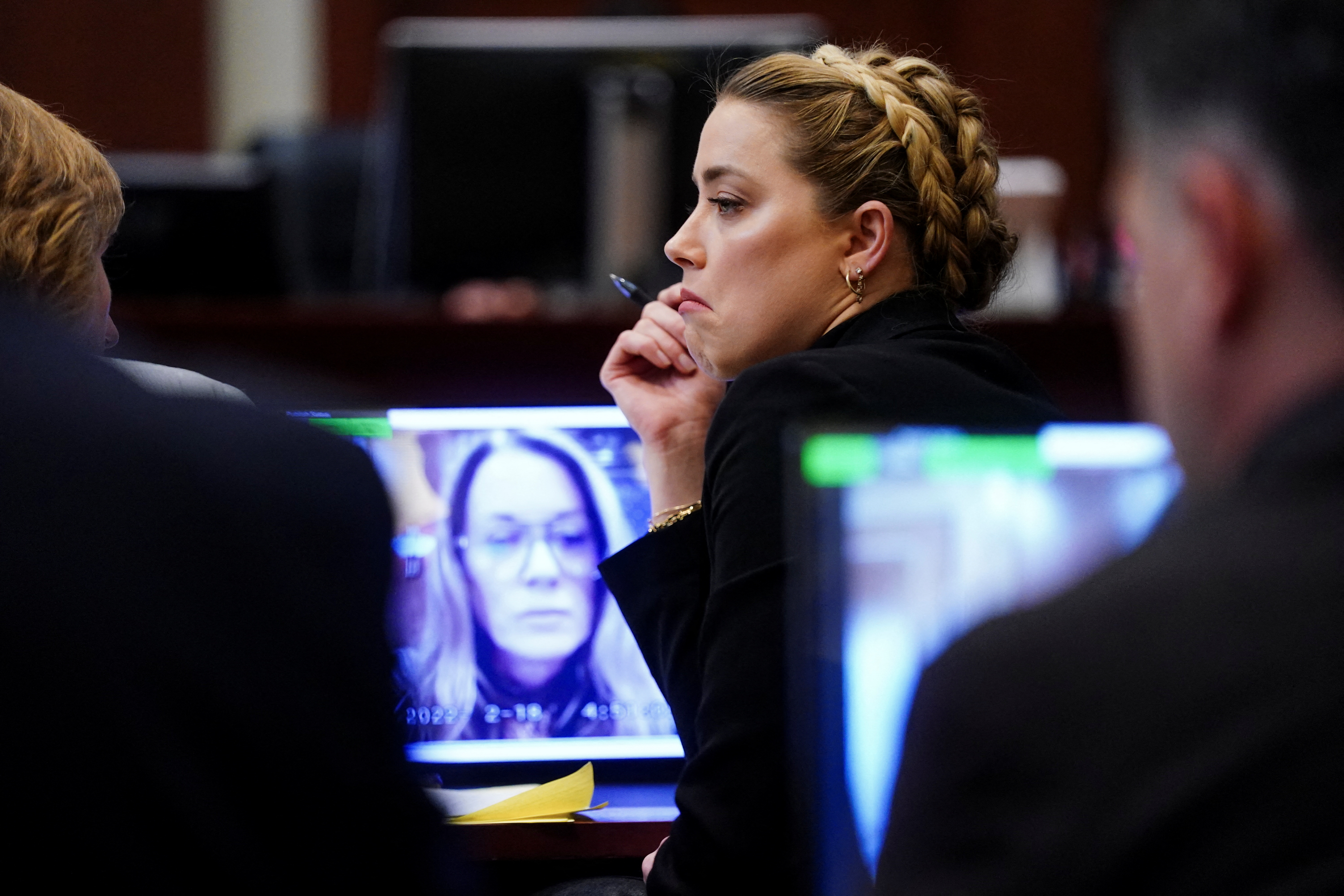 Depp denies abusing Heard, but lawyers say the evidence will show he did. The fact that the actor denies Depp’s accusations, they say, has no credibility because he used to drink and do drugs to the point that he can’t remember what he was doing.

James’ video testimony presented another view: Depp was the peacemaker, he said, while Heard was frequently intoxicated and used to inflict verbal abuse, including violence on his own mother and her sister.

“His poor sister was treated like a kicked dog, basically.”said James.

James, who worked for Heard from 2012 to 2015, said he was “very poorly paid”. She said she was hired at a starting salary of $25 an hour and her duties ranged from picking up Heard’s clothes at the dry cleaners to talking to the Hollywood actress’s agents.

James also said he had to buy two copies of any magazine featuring Herd and store them in the garage to keep Depp from seeing them. Heard triggered his “blind rage” when James didn’t put the magazines in the garage, the witness said.

Of the time Heard and Depp spent together, James said Heard was “a very dramatic person” who had a lot of insecurities in the relationship. Heard used to call James to cry and complain about Depp, he said.

“I remember one time when she called me when I was alone in New York, and I was crying and walking through the streets,” James said. He added that he told Heard to enter a building: “I was afraid the paparazzi would take his picture.”

Part of the statements also related to a text message that Depp had sent to James after his separation from Heard. Depp’s text read: “Come get some purple and we’ll fix her fat ass nice and good.”

A lawyer asked if by “purple” they meant wine and if the “she” referred to Heard. When asked if James understood the text was referring to the actress, James initially said it was not for her to speculate.

“So he writes,” James said of Depp. “It’s very weird and you don’t question it…he writes in a very abstract way.”

Other messages the actor sent to a friend about Heard were also known. During the trial, the alleged text message between Johnny and his friend and neighbor Isaac Baruch, who testified in court, was read.

I hope Amber’s rotting corpse decomposes in the fucking trunk of a honda civicDepp reportedly wrote to Baruch in 2016.

Additionally, the alleged messages Heard sent to his mother have been released. “It’s awful, mom. I do not know what to do”. Another post read: “He’s crazy, mom. Violent and mad. I’m devastated that this is the one I love”.

“I feel like I’m on a speeding train that’s about to explode, but I don’t want to jump off and leave my love behind. So I stay on the train even though I know it’s about to explodesaid another of the messages that were read aloud during the trial. 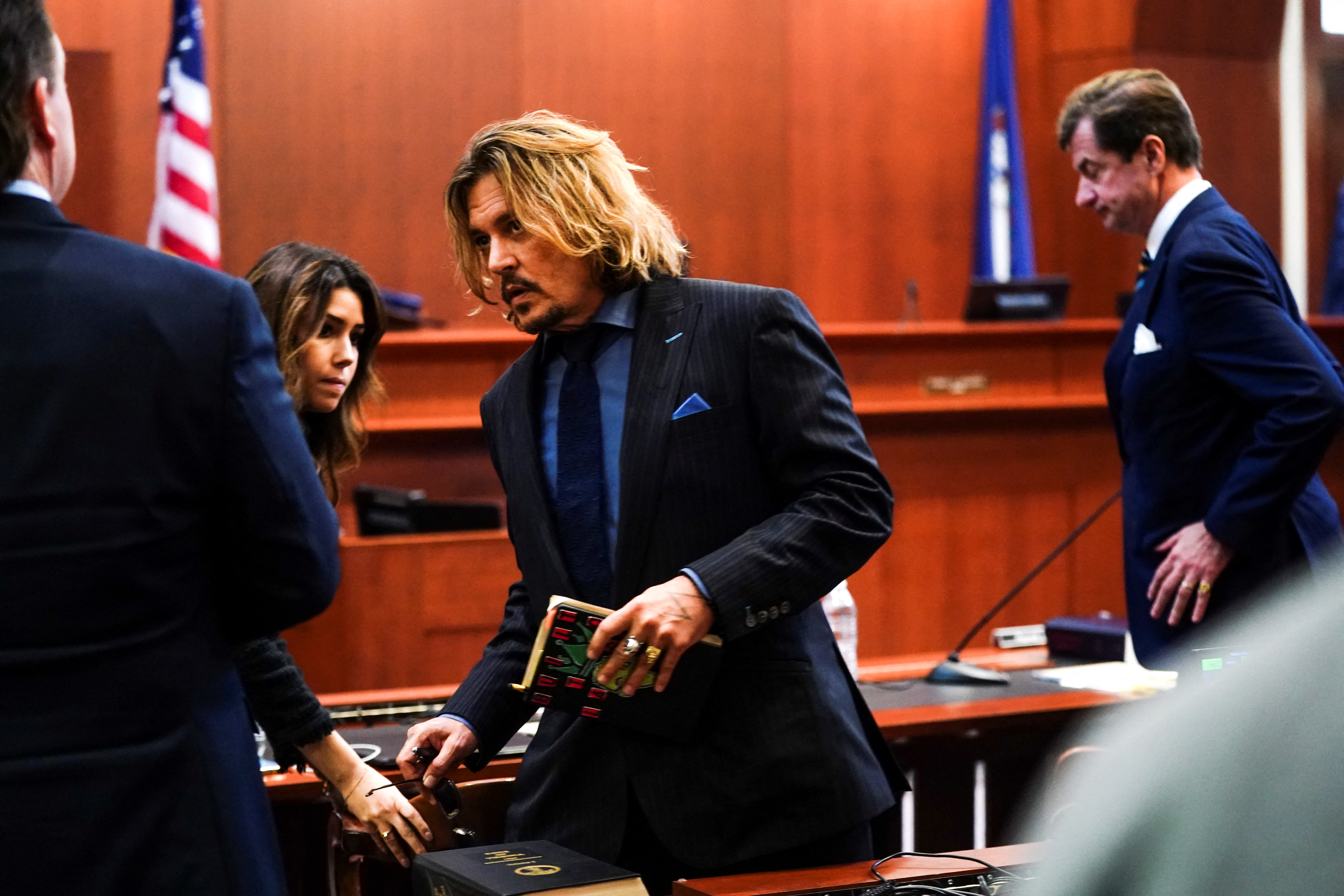 The lawyers also submitted a video statement from Laurel Anderson, the couples therapist who worked with Heard and Depp in 2015, when she was 29 and he was 52.

Anderson said they both suffered from childhood abuse. And as a couple they were involved in “mutual violence”he testified.

Heard’s father beat her, Anderson said, adding: “She was proud to start a fight if she felt disrespected.”

Heard would also rather fight Depp than see him go and “I could hit it to keep it thereYeah,” Anderson said.

The therapist remembered when Heard told him that Depp used a lot of drugs.

“And she slapped him because he was talking nonsense and talking about being with another woman,” Anderson said. He noted that Depp’s mother was in the hospital at the time.

Anderson said Depp told her Heard was “hitting as hard as she could”. He also noted that in at least one shoot where he saw Heard alone, the actress told him that Depp hit her. He said Heard showed him his bruises, in photos and in person.

Anderson said Heard also told him that Depp allegedly said to him at some point: “Nobody loves you. You have the glory for me. I don’t feel in love with you anymore. You are a prostitute.”

Anderson noted that Heard’s harsh manner of speaking and his habit of interrupting Depp weighed him down.

Heard “wanted a divorce,” but at the same time she didn’t and was trying to figure out what to do, Anderson said. “She loved him. She loved. She wasn’t stupid, she knew what they were doing wasn’t healthy.”

Depp and Heard are scheduled to testify at the trial in Fairfax County Circuit Court, which is expected to last six weeks. The actors could also testify Paul Bettany Yes james frankor, as well as the employer Elon Musk.

Depp sued Heard for $50 million for defamation and she counter-sued him for $100 million. The trial is expected to last several weeks.