Skip to content
“After 9 years of suffering you were able to rest,” the actress and host wrote on her social networks after announcing the death of her father

This Monday, Daniela Viaggiamari, better known by her stage name Dani La Chepi, announced the death of his father Alberto. Through a moving post on his Instagram account, the artist said goodbye to his 73-year-old relative and recalled some of the things he taught him throughout his life.

“Today 8am, after 9 years of suffering you were able to rest. Thank you God for giving him the peace he so deserved. Thank you dad for teaching me till the last breath that ‘back to back’ just to gain momentum,” Chepi wrote in the first part of the post.

“Let things be won with effort, hard work and always respecting whoever is by my side. Thank you for the brothers you gave me and for the old woman you chose. Thanks man for every word at the right time”He continued.

“I choose to remember your smile by repeating your best phrases: “The important thing is to be happy, the rest is party favors” and that there are 3 ways to do things ‘The bad, the good and yours’, you always chose yours Dani. Thank you Alberto Jose Viaggiamari. Proud to have been your daughter. I love you dear old man. 3/3/49-3/28/2022,” he concluded. 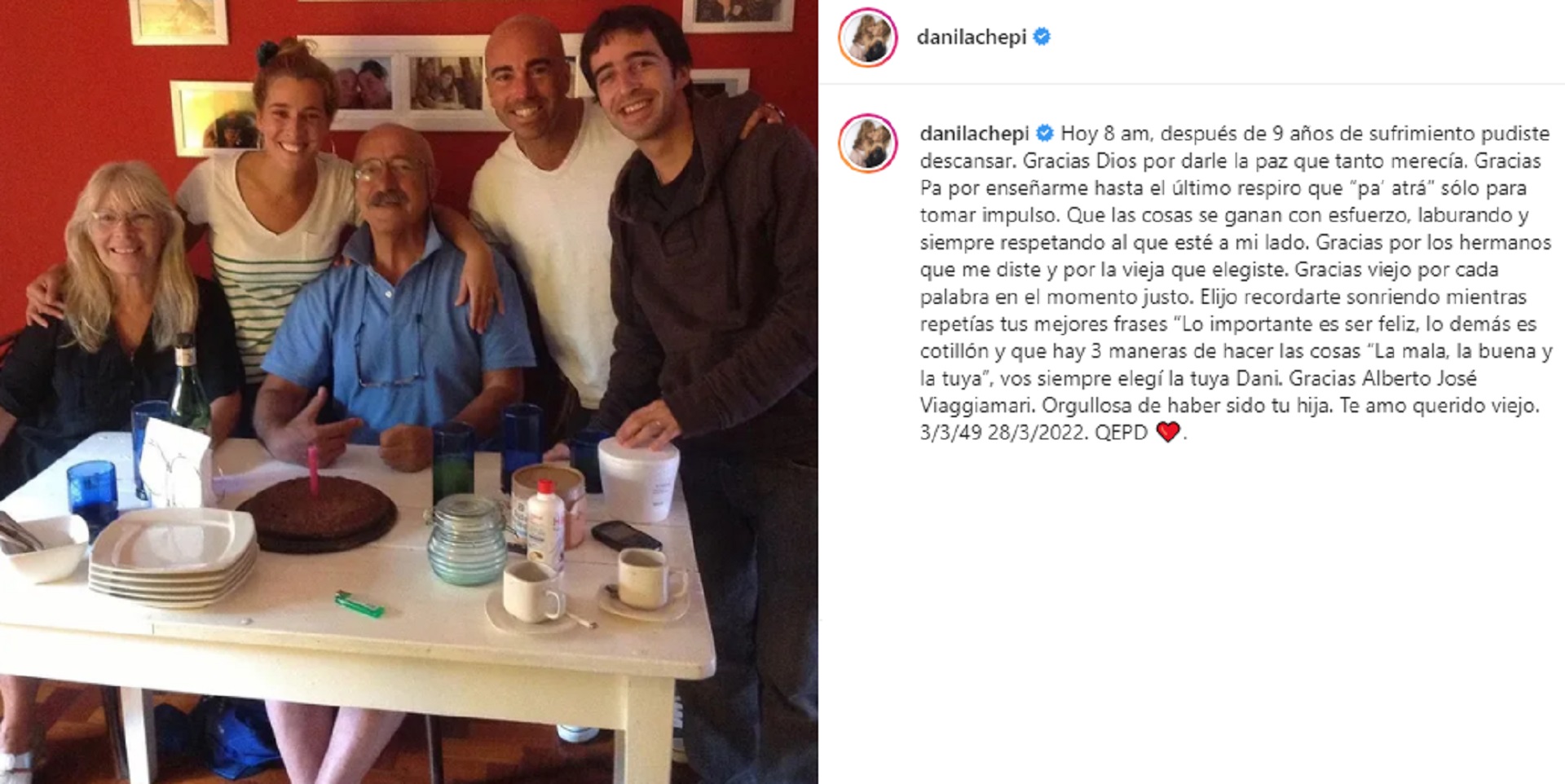 On several occasions, Dani La Chepi evoked the story of his father and told what happened to him. In July 2020, in an interview for the magazine SoonInstagrammer said: “My father has been bedridden for almost 8 years. He had an ischemic stroke, he lost all mobility on his right side and the only thing that moves is his thumb. Since the beginning of the quarantine, my father has been alone with the nurses who are a love and when a nurse is drinking, we make a phone call but he is very depressed because he understands everything.

In mid-March, the 73-year-old was in a very difficult situation. “We were in the sanatorium with my mother saying goodbye, basically, to my father who, nine years ago, as many know, had an ischemic stroke. Well, it got very unbalanced and we ran,” the actress shared through her social media.

He also tried to recount the situation with a bit of humor: “We call my old Robocop phoenix bird, it’s something that can’t be understood, it’s like a movie. Clinically, there’s no explanation,” he says, looking at his cell phone, then says the question everyone is asking is why he keeps enduring: “I think what my old man wants to show me is is that things fight until the end and one more thing: let’s say thank you all the time, how proud to be your daughter”.

“My old man is present all the time and manages to be in the worst and the best times. It’s something incredible. The day of the premiere at the El Nacional theater with 1,200 people, they called me on the phone before going on stage “your old man had internal bleeding”. I presented my book at the Salon du livre, my father got it, I don’t know what. And the next day is fine. I choose to believe it’s a way of telling myself “I’m here, remember I’m here”. My father, all the time now. On the 24th, I don’t celebrate. I left the clinic, turned everything off at home, and fell asleep at half past nine in the evening.had revealed during a conversation with Infobae. 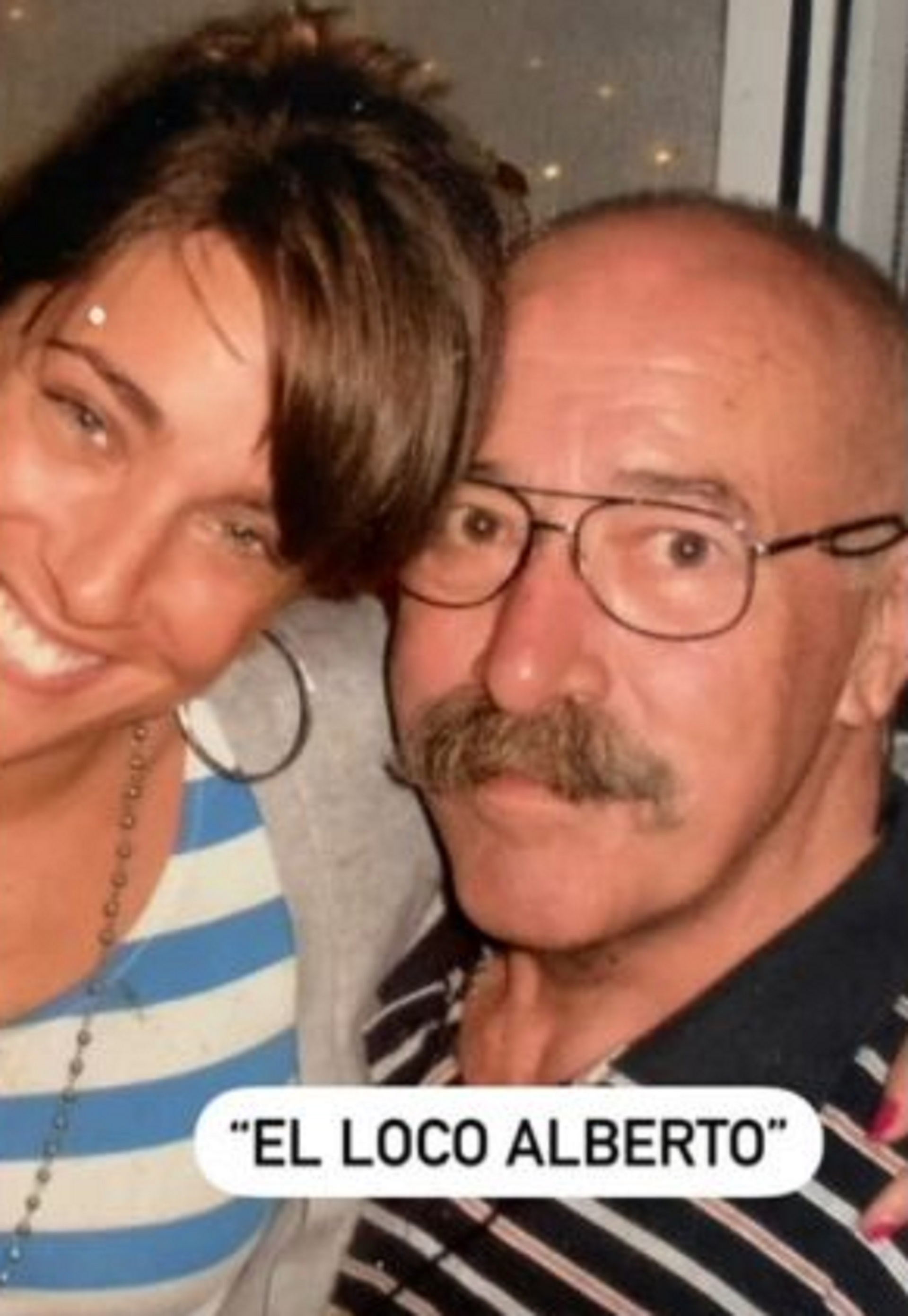 when you visited the show PH, we can talk He had given more details about the difficult situation that his father is going through. “My father is bedridden, he eats with a tube and he has a tracheotomy. He moves a single finger to tell you yes or no, although unfortunately he understands everything,” he continued. “He’s serious. He has internal bleeding all the time, pneumonia… He is always “on the edge of the abyss”. I slept with my cell phone under my pillow for eight years,” he added in a story that impacted Telefe cycle host Andy Kusnetzoff.

Dani described her “dad as very stubborn and very macho”. “I was never going to tell you, ‘How proud I am.’ And my older brother, who is like my dad, always says to me “let’s remember the old man who did everything he could”. He took the food out of his mouth for us, he did what he could and I’m very proud of where I come from.”