Nearly twenty human rights organizations, including Human Rights Watch, Amnesty International, the International Commission of Jurists and the Washington Office for Latin Americasent a letter to the Argentine President, Alberto Fernandezin which They urged him to ask the Nicolás Maduro regime for the release of political prisoners.and in particular the human rights defender, Javier Tarazonawho will serve a year in prison.

“We are heading towards your recent statements on Venezuela to share information on the situation of the Venezuelan human rights defender Javier Tarazonaarbitrarily detained for several months despite his delicate state of health. We respectfully urge you to publicly call on the Venezuelan authorities responding to Nicolás Maduro to release Tarazona.begins the letter.

“Shortly before, the organization had accused the Venezuelan authorities of having links with armed groups in the state of Apure. The activists have been charged with treason, terrorism and incitement to hatred., based on posts they had made on social media and on the organization’s page. Two of them were released on October 26 on the condition that they appear in court every eight days while the trial against them unfolds. Javier Tarazona, the director of the organization, is still being held at the headquarters of the Bolivarian National Intelligence Service (SEBIN) in Caracas. Fundaredes members who contacted Javier Tarazona claim that has been a victim of torture and his medical needs have not been metsaid the NGOs. 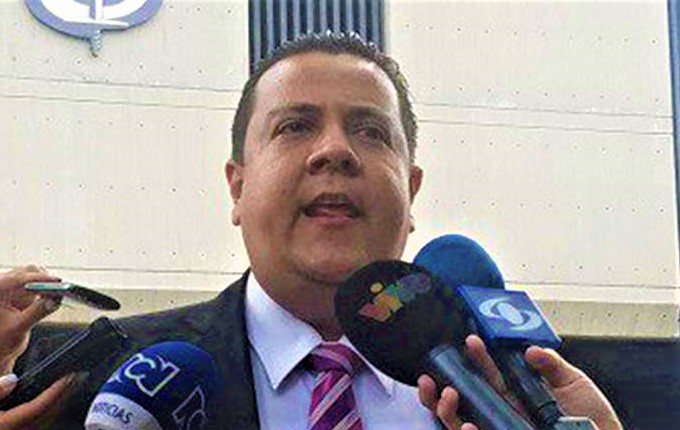 And they continued: “Since 2014, several of the signatory organizations have documented serious cases of torture against those who have been arbitrarily detained at the headquarters of SEBIN and we have joined the more than 300 Venezuelan civil society organizations who have demanded the release of Tarazona and an end to the government’s efforts to close civic spaces in the country. High Commissioner Bachelet expressed concern about the case of Fundaredes, citing it as an example of restrictions on civic space, “particularly the stigmatization, criminalization and threats against dissenting voices, especially towards civil society, the media and members of the opposition”. In her last oral update on the situation in Venezuela to the Human Rights Council in March, the High Commissioner said she continued ‘concerned about lawsuits‘ and that, despite the release of two members of Fundaredes, they continue ‘facing criminal charges‘, while Tarazona is still being held and ‘your health seems to be deteriorating‘.

The letter recalled that “also, four thematic rapporteurs and a United Nations working group sent two communications to the Venezuelan State, in July 2021 and January 2022, request information on the case of Tarazona and expressing his worry due to the lack of necessary medical care, no answer”.

The NGOs pointed out in their letter to Alberto Fernández: “As human rights organizations that have spent years documenting human rights violations in Venezuela, We do not agree with your diagnosis that the problems in Venezuela “have dissipated”, as well as with the statements of your government spokesperson suggesting that there is a “democracy” in Venezuela.”.

“The arrest of Javier Tarazona is a paradigmatic example of the intolerance and abuses of the government of Nicolás Maduro. We believe it is essential that any communication with the Venezuelan authorities stress the need to end censorship and the systematic campaign against independent journalists, human rights defenders and civil society organizations, as well as that the release of the 239 political prisoners detained in Venezuela, according to the Criminal Forumasked the NGOs.

Finally, they expressed: “We hope that this letter can serve as a basis for a a constructive dialogue with your government on the real situation in Venezuela. We stand ready to have a smooth conversation about this and other cases documented by signatory organizations.

The NGO letter to Alberto Fernández: