yves kleinthe French conceptual artist whose hallmark is IKB blue as the color of his works, has been at the center of attention with the sale of a 1958 receipt for an invisible workauctioned last night in Paris by Sotheby’s for more than a million dollars and considered a precursor of the NFTs which currently make it possible to certify the creation of immaterial pieces.

The paper receipt up for auction is part of the conceptual work of the French artist, born in Nice in 1928 into a family of artists and who died prematurely in 1962 in Paris, a paper that belonged to the collection of the artistic adviser French Loic Mallewho bought it 35 years ago, reports artnews. 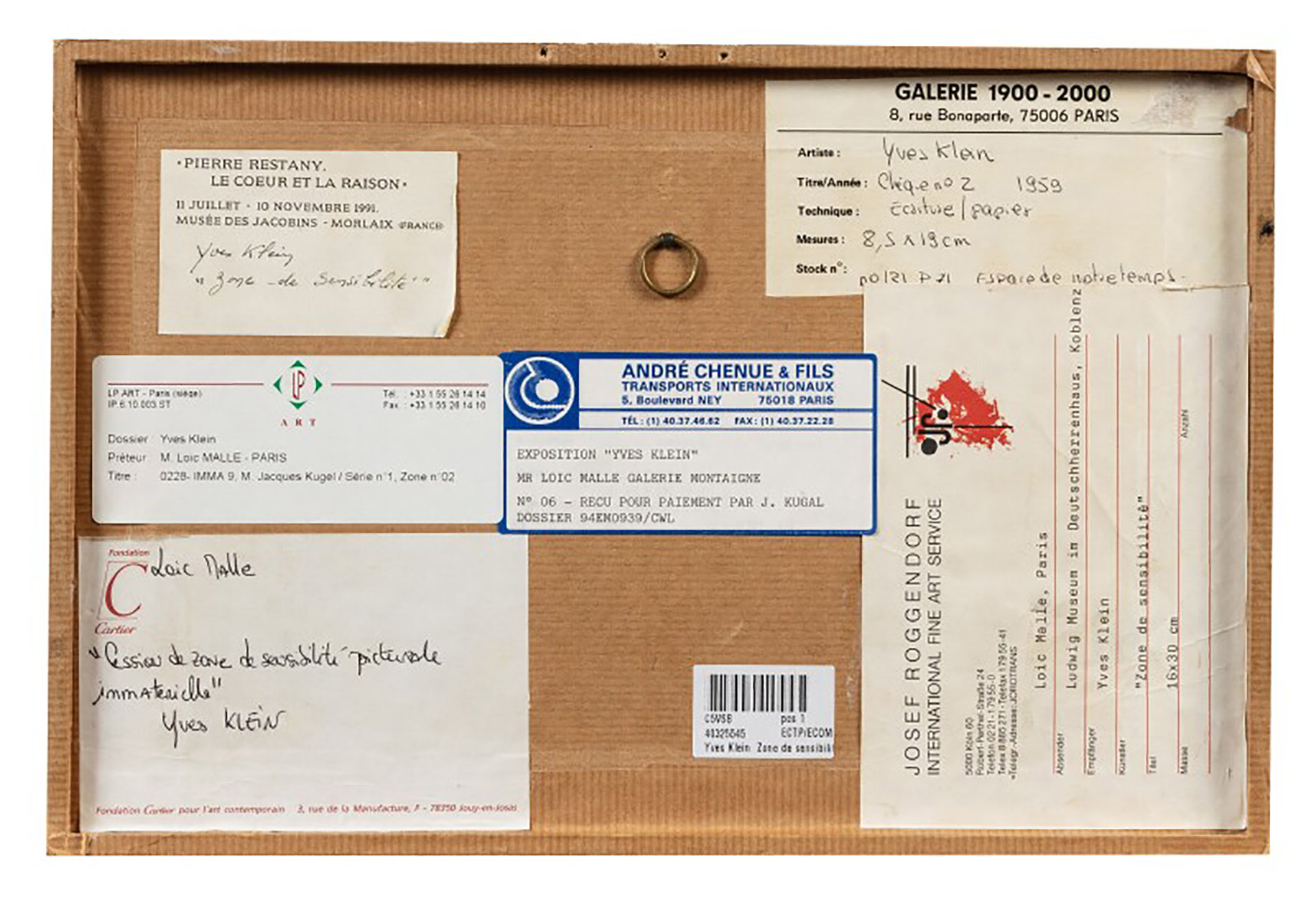 The sale of a 1958 receipt for an invisible work, auctioned last night in Paris by Sotheby’s for more than a million dollars (Telam)

Klein produced most of his work from the 1950s, and his most important work is the intangible, that which does not exist, cannot be seen,” he said. Daniel Moquaydirector of the Yves Klein Archives, on the occasion of the retrospective that the Fundación Proa dedicated to the artist in Buenos Aires in 2017.

The creator sought to free color from the prison of the line, which is why he turned to monochrome as the only form of painting that could “make the absolute visible”. He also conceived “the work of art as a trace of communication between the artist and the world, the invisible truth made visible and his works must be ‘the ashes of his art’, traces of what the eye couldn’t see,” they keep records that guard his legacy.

Between 1958 and 1960, Klein goes beyond the definition of art and shows empty spaces, as on April 28, 1958 with the opening of the exhibition “Le vide” at the Iris Clert gallery in Paris, whose enclosure was empty of any content. clad in curtains of so-called Klein Blue (a saturated ultramarine called International Klein Blue or IKB) over her boarded-up windows.

Spectators passed through a curtain of this color as a preliminary passage to the space emptied of objects which allowed them to appreciate the “pure sensitivity of the color blue, without any physical or visible aspect, simply the full power of the artist , kept in a space by its own force of will,” explains the auction house. 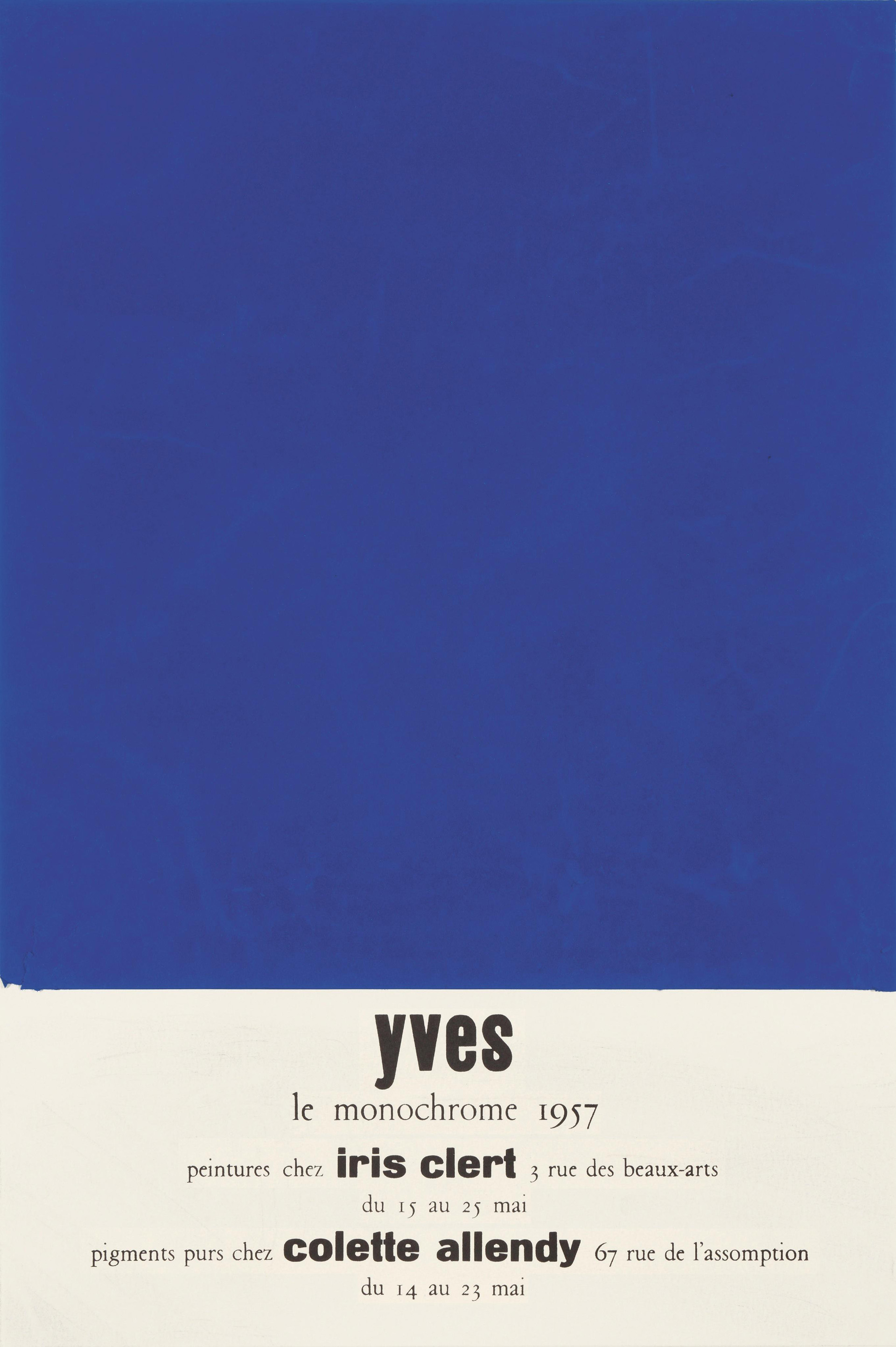 For Klein, far from being empty, the gallery is saturated with “pure pictorial sensibility”. The action was completed by the recipes and the ritual that accompanied the “transfer”, which made it possible to include this “sensitivity” in the field of visual arts and enabled each collector to become the owner of one of these “areas of pictorial immateriality”. sensitivity”. “.

The ritual consisted in burning the receipt of the payment in gold – used in its sense of passage towards the absolute – of the “work” in front of witnesses chosen by the artist while Klein himself threw the gold received into the Seine.

The auction house compares this action and invention of receipts to an ancestor of NFTs (Non Fungible Token) that allow the exchange of immaterial works. In addition, Klein kept track of the successive owners of the “zones” in advance in the form of a “blockchain”.

For Mitchell F. Chanwith blockchain and NFT technology, a new look and valuation of Klein’s work as a precursor to this type of seemingly non-existent immaterial works is possible with the sale of this receipt that has been preserved.

NFTs formalize and automate a process pioneered by the creator by separating the work of art into one business aspect and another, making today’s technology an effective analogue of some of the ideas that made its revolutionary work, underlines the specialist in his text published by Sotheby’s. . 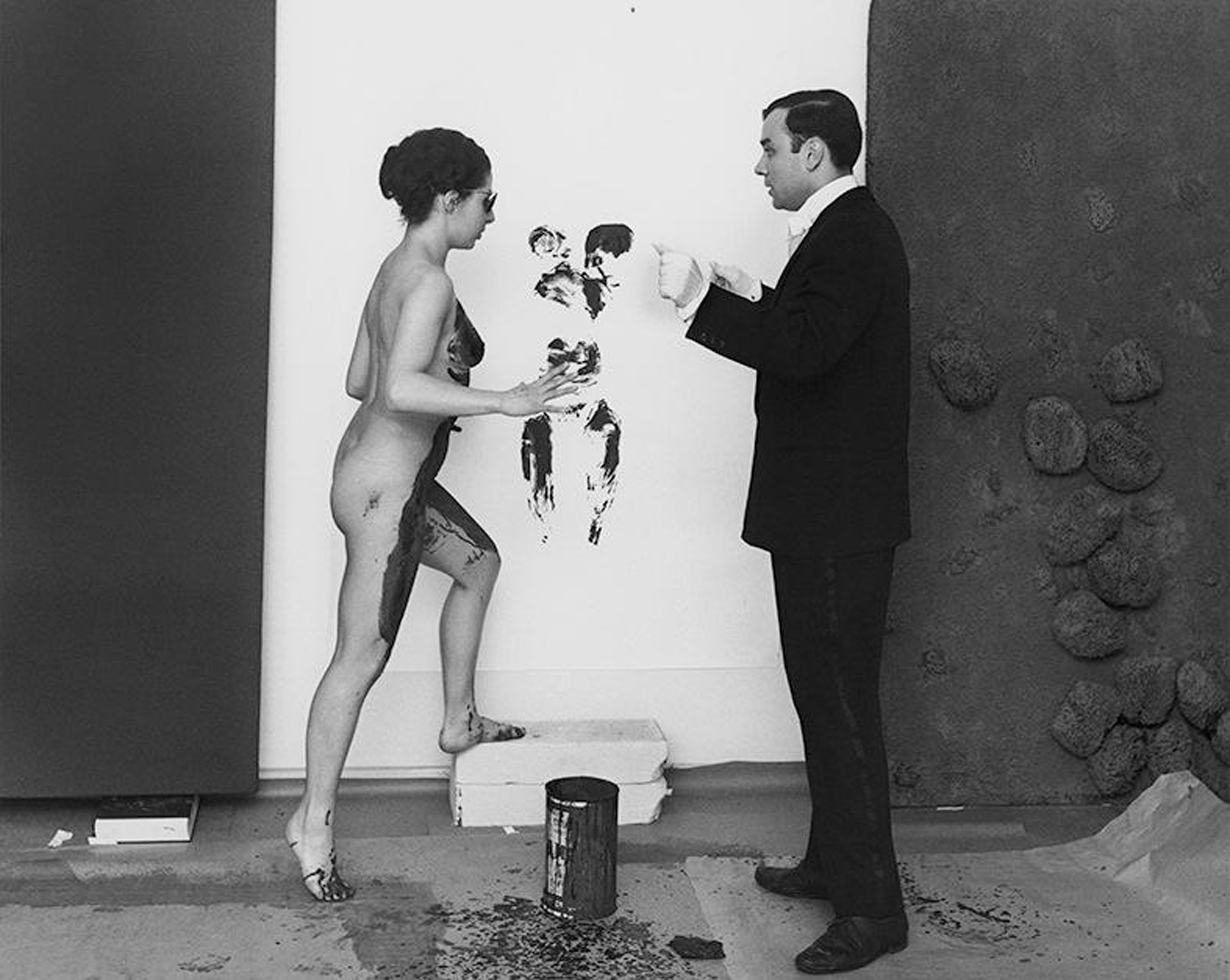 Klein was a precursor to 1960s happenings

Burning the receipt or purchase certificate and throwing the gold into the river, according to the artist, “rebalances the natural order” between buyer and seller.

These “zones” or “voids” are the apotheosis of Klein’s quest to create a work of art that would be “a direct and immediate perception: an assimilation without any effect, any trickery or any deception”, explains Chan, who evokes that “the artist used blue as a vehicle for his search for immateriality and infinity”.

This “invisible art” sale has for more recent antecedents the sale of an immaterial sculpture called I am from Italian Salvatore Garau sold at auction last year by Art-Rite for $18,300 and displayed in a plaza, with a certificate of authenticity and installation recommendations.