Skip to content
The work to convince the American actor

After finishing filming the scenes with his friend robert deniro for the “Rien” series, Louis Brandoni He told how he did the production in charge of the recordings to convince the American actor to join the project and recalled some anecdotes with him walking down the street, where “people don’t recognize him” when they see him.

The Argentinian said that working with the famous Hollywood star was “something I really didn’t expect and even didn’t believe in, because he is a man who is always very committed and who has many job offers. “.

However, during an interview he gave for the TN channel, Brandoni explained that once he decided to join the series, De Niro “proposed changes, some things in the text, he felt like improvising” and even “sometimes he likes to speak in Spanish”.

“They tempted him (the directors), Gastón (Duprat) and Mariano (Cohn) spoke to him, gave him information, he saw me, who had never seen me work, he saw my films with subtitles, He was interested, he read the books very seriously and he accepted this challenge which for him must be very important, not because of what he did, because I think he made more than 160 films, but because it’s his television debut, he had never done it”he pointed out.

Referring to his experience of sharing the set with his friend, he summed it up as something “amazing” and explained that “when he finished his last shot, which was in a house in La Boca”, more than 50 people on the team “lived it and fired it”.

Film set of the series

“The first scene I did with him, we were sitting across from each other and at some point I felt like I had worked with him before. In addition, he is a professional and he knows what he is about, if you give him a wink other than what was expected, he returns it”he pointed out.

On the other hand, he explained that the New Yorker “is such a person that in Buenos Aires, in Punta del Este and on several occasions” he walked with him in the street and “People don’t recognize him because he doesn’t look like the characters he did.”

“Once he falsified, it’s reckless I say, but when there were plane tickets, once we went to change them and I see that on his there was written ‘Roberto De Naro ‘. I told him I was going to jail with this. ‘I say it’s a typo.’ great actor,” he recalled with a laugh.

Finally, Brandoni confirmed that his American colleague “is a great friend” and assured that “he loves Argentina” and that “he was also very interested” in Buenos Aires and, for example, “went to see the Museum National of Fine Arts”.

“For me, it was a great pleasure and I hope people will enjoy it too, because they are the real recipients of this work, beyond anything. And what the directors have achieved is something priceless,” concluded the Argentinian actor. 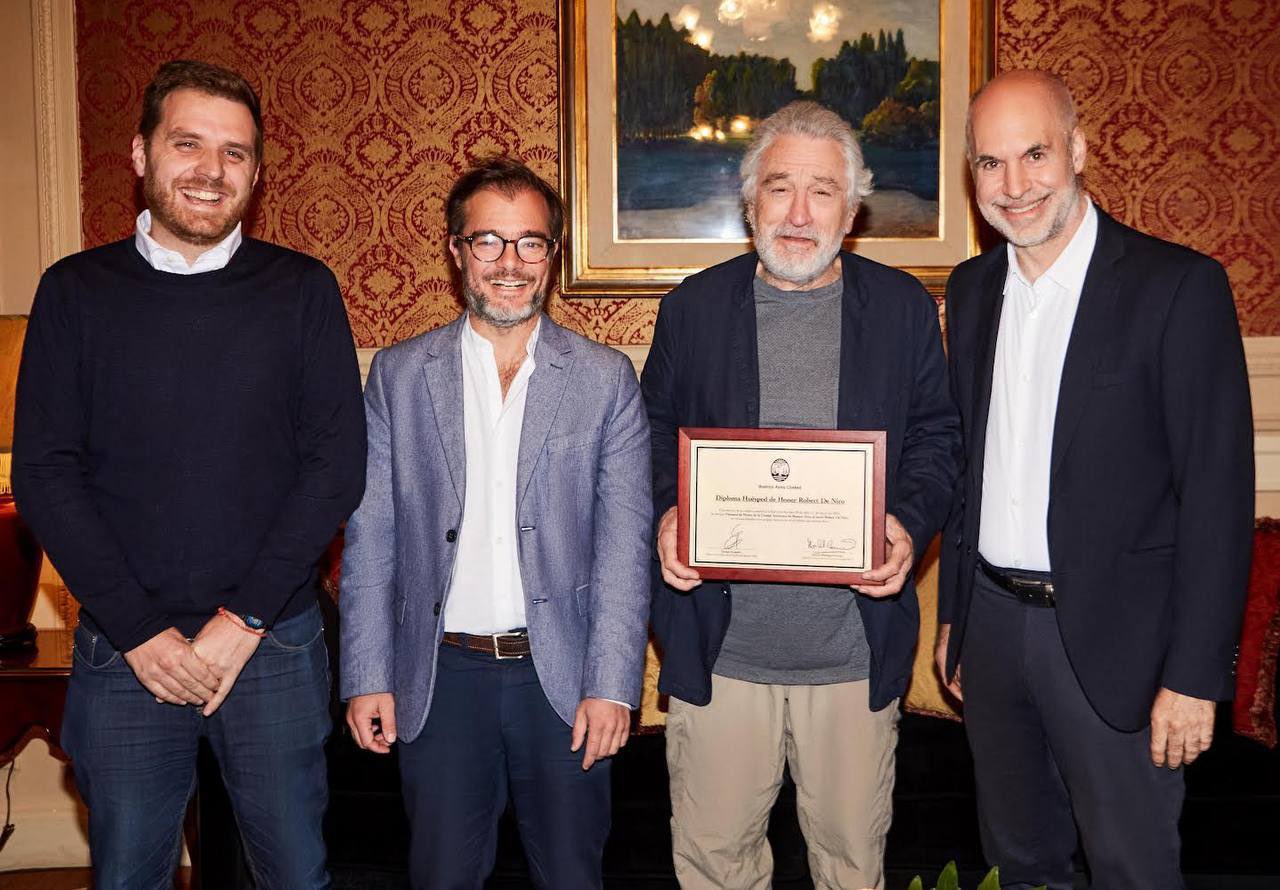 Recently, the star of big screen success as wild bull Yes taxi driverwas honored as a guest of honor of the city of Buenos Aires “in recognition of his long career in cinema”.

“It is a pride to have had him in Buenos Aires to film with great Argentine colleagues”, commented the head of government of Buenos Aires, Horace Rodriguez Larretain a message he posted on his personal Twitter account.

In the last days, the actor has been seen on tour the microcenter with Brandon. while filming some of the scenes from the “Nada” series, such as Diagonal Norte, near the Cathedral of Buenos Aires, located a few meters from Plaza de Mayo and Casa Rosada. Other nods to the appearance of the City can be found in the strip with the 45 bus, the Catedral metro station and the inevitable yellow and black taxis of Buenos Aires, a means of transport linked to the filmography of the actor.