Skip to content
Popular actor and hero of several action films Bruce Willis, 67, has retired after being diagnosed with aphasia, a cognitive disease that causes a loss of the ability to express oneself and affects the ability to to understand.

Bruce Willis, 67, was forced into retirement after being diagnosed with aphasia, a brain condition that affects his ability to understand or communicate.. Now, it has been revealed that the star has been preparing for some time to financially resolve her health issues. Close friends of the Hollywood icon have revealed that the actor has sold several of his properties in recent years.

The beloved actor managed to put together $65 million when selling some of their real estate. A source close to Willis said: “He’s been preparing for this moment for a long time. He knew the time would come when his health would deteriorate.”.

“Furthermore, he knew he wouldn’t ultimately need multiple properties and would instead need to live in a safe environment surrounded by his family. Knowing that he has sold most of his properties in recent years , it is clear that he has been preparing for a long time to simplify his life, ”added the informant in statements to Page 6.

After a successful career, Willis amassed a significant estate, which is already beginning to be paid to finance its withdrawal. The actor had everything planned to rest comfortably next to his family in California. 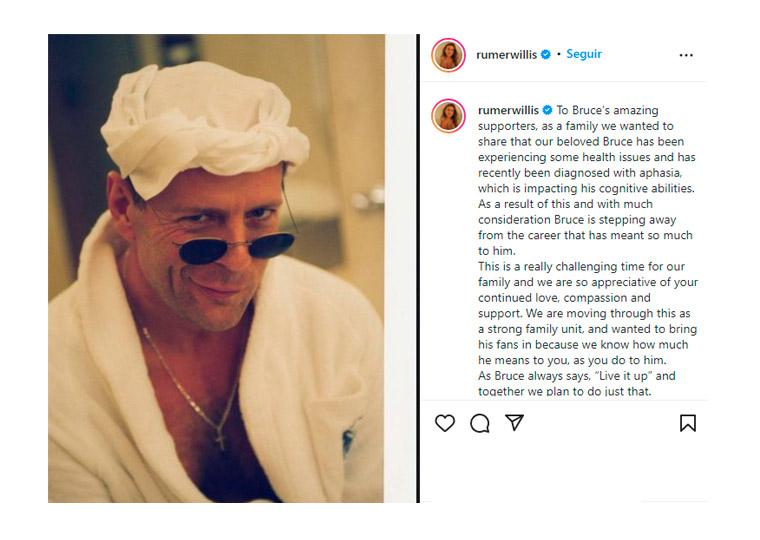 News of Willis, one of Hollywood’s most beloved actors, immediately spread online. actors like Sylvester Stallone and John Travolta They dedicated moving words to their partner after learning of his forced retirement from cinema.

“We have known each other for a long time, I pray for the best for you and your beautiful family.“, wrote Stallone on Instagram. Meanwhile, Travolta shared two photos and said, “Bruce and I became good friends when we shared two of our biggest hits together, ‘Pulp Fiction’ and ‘Look Who’s Talking'”. Then he remembered a sentence Bruce Willis told him a long time ago: “’John, I just want you to know that when something good happens to you, it feels like it happens to me.’ That’s how your soul is generous. I love you Bruce.”

Its four-decade run has generated more than $5 billion at the global box office. Last year, he starred in eight stunning films. Most were released without much fanfare, such as “Cosmic Sin” (“Cosmic Invasion”), “Out of Death” (“No escape”) and “Deadlock”. More recently, he starred in “Gasoline Alley” and “A Day to Die”, which premiered in early March. The actor has already filmed at least six other films slated for release in 2022 and 2023, including ‘Die Like Lovers’, ‘Corrective Measures’ and ‘The Wrong Place’. 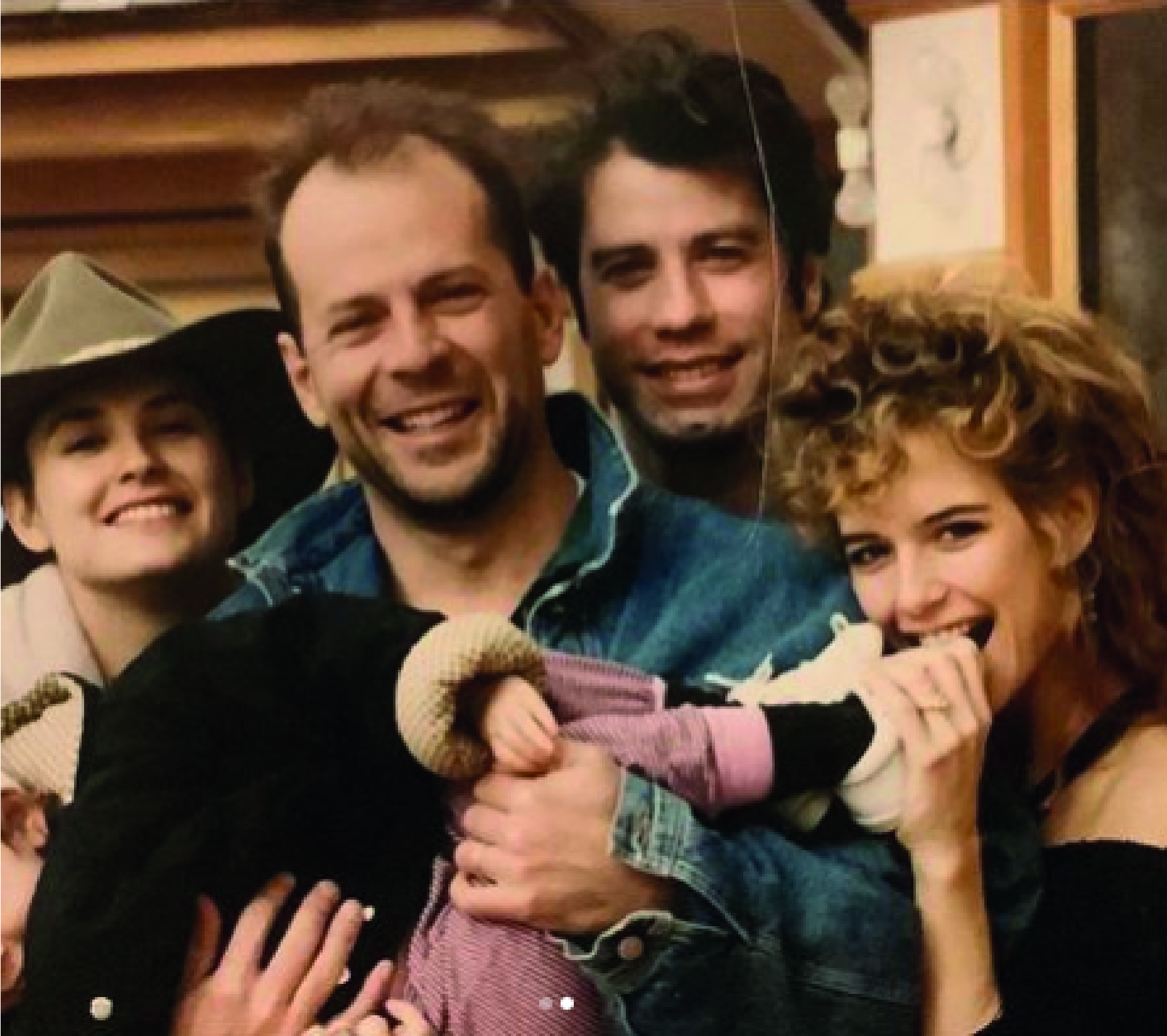 “It’s not easy to see your husband in this state“, told a source to the magazine. Peoplein the words of the former British model.

“Your daughters are very young”The source added the couple’s daughters, Evelyn, 7, and Mabel, 10. “Emma has to keep her cool for them.”

The aforementioned outlet points out that Emma “works with several professionals to help” to her husband and that she had contact with “the best doctors”.

“He has an assistant at home to make sure he’s okay, but Emma also takes care of him.“added the source. “Her diagnosis was shocking to her.

The family lives in a mansion $9.8 million in Brentwood Park, Los Angeles, consisting of 7 bedrooms, 12 bathrooms, 2 kitchens, a swimming pool, a sauna and all the luxury

In a statement posted online, the actor’s family said Willis had been diagnosed with aphasia and the condition was affecting his cognitive abilities. “As a result of this and with great consideration, Bruce is stepping down from the career that meant so much to him.reads the text signed by Willis’ wife, Emma Heming Willis, his ex-wife Demi Moore and their five daughters, Rumer, Scout, Tallulah, Mabel and Evelyn.