The face of Charles Baute He gave clear signs of his desperation. The Venezuelan singer, who is in Argentina where next Saturday he will present his show at the Broadway Theater, had coordinated a mobile with Show partners. And already at the beginning of the programRodrigo Lussich and Adrien Pallares They had anticipated the difficult situation that the artist was going through, who had been forced to resort to the Justice of Spain, the country in which he resides, to denounce a fan who has been harassing his family for months.

The interpreter of Clinging to your hands He had applied for a restraining order for the woman in question in the courts of Móstoles, Madrid. And for that, he had to postpone his concert in Buenos Aires, which in principle It was scheduled for the past April 2, since he had to go and testify in person However, while he was in the middle of rehearsing before the recital, on Tuesday he received a call from his wife, Astrid Klisanswho warned him that the stalker was hanging around the school his children attend: Marcuss (6), link (5) and Alisse (3).

So, as soon as he started talking in front of the cameras of the ElTrece show cycle, the artist was forced to explain what had happened. “I’m very worried because just now my wife just called me and said she saw her again even though she can’t be there“, he began by saying. And, visibly nervous, he adds: “We are very afraid… The judge told us that if he approaches directly, the The Civil Guard goes and takes her prisoner. And they just called me from the children’s school, just now, because it’s there… This situation is very unfortunate”.

Baute, who has a great relationship with his supporters, said that only once something similar happened to him in his native country, but he had never experienced such a situation until now. “I can’t provide specifics but for them to have given a restraining order it’s for something not just because I’ve been in the house there’s a lot of other things and right now I’m super nervous. My rehearsal just got interrupted because my wife, which is weird, called me 7 times to tell me she showed up for school…“, noted.

Meanwhile, when asked if he had shared an encounter with the accused, the singer explained that he had only seen her at a dinner with fans which took place last December in Torrevieja, Valencia. “That evening, there were a lot of people in the lobby and she was, but nothing else, just that… A lot of things happened that the lawyer asked me not to comment on. I am very worried,” he concluded.

The truth is that, seeing how upset the singer was about this situation, the drivers decided to end the interview and release him so he could communicate with his family. “We caught it at a pretty tough time. His face changed,” Pallares later explained. And, knowing that there were a lot of fans waiting for their idol’s word, he added, “We want to tell people who are a bit sensitive, like people of the press who deal with Baute, that We realized he was having a bad time and that’s why we shortened the bill, in case they didn’t notice. 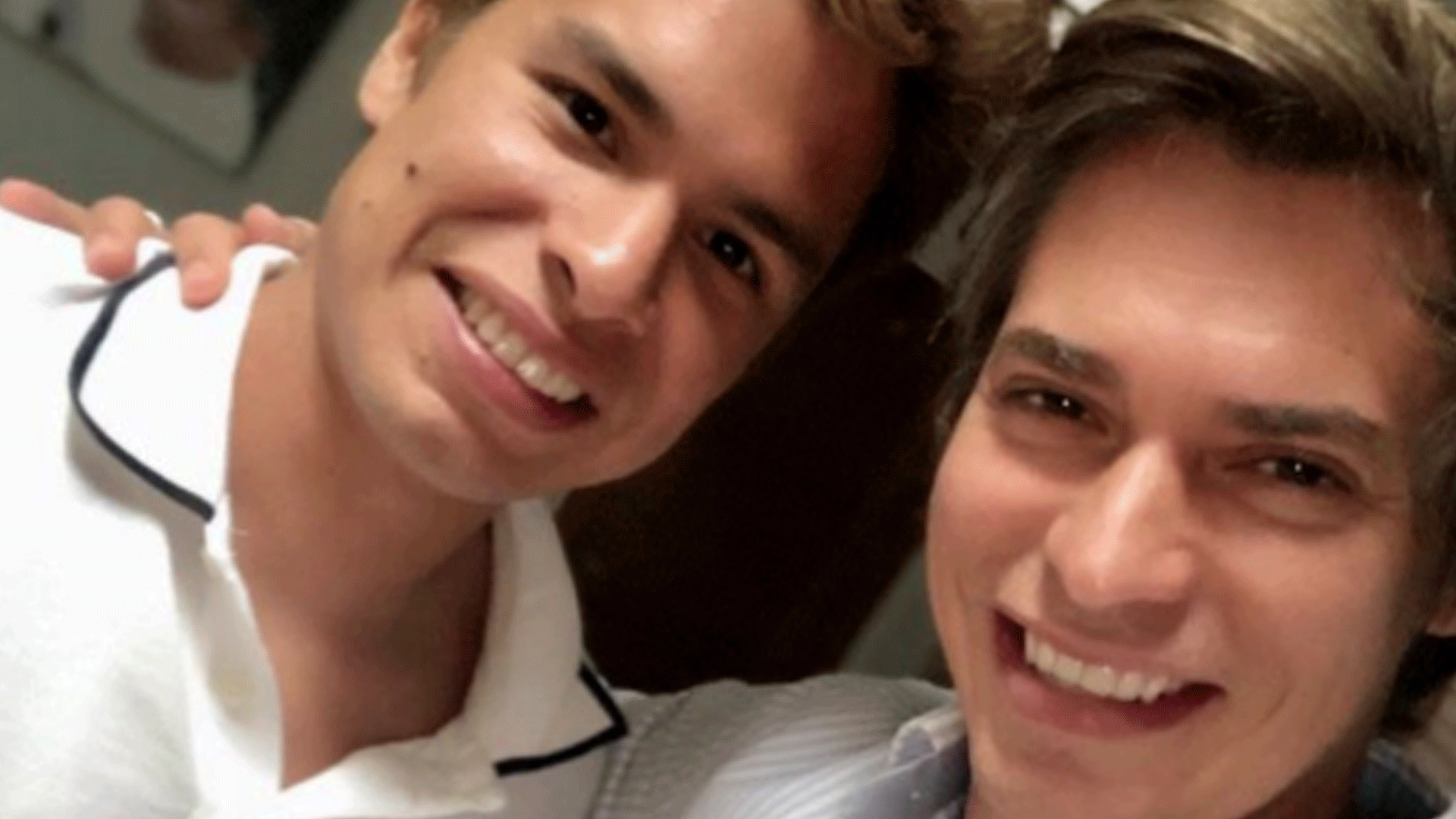 The singer with his eldest son, José Daniel (Instagram)

It should be remembered that in the middle of last year, Carlos surprised the world publicly acknowledging for Jose Daniel Arellan (33 years old), the young man who had had as a result of his relationship with Nallera Zerimar Arellan Castillo when he was only 15 and she was 13 and she had to go to court to get the singer’s last name and child support. “I apologize for my mistakes and from now on we will make up for lost time. i love you sonhe wrote alongside a postcard of the two. And he was happy to have him as part of his family.