Some Mexican actresses have spoken on their social networks about the terrible tragedy that has shaken Mexico in recent days: the case of the young Debanhi Escobarthe Nuevo León law student whose body was found dead in a motel cistern after being missing for 13 days.

was the presenter Nathalie Tellez who regretted what happened to the 18-year-old girl and issued a message against the gender-based violence faced by women in the country. The actress also from the series ninis He said society should not normalize femicide or other types of violence.

“Everything hurts, it hurts every day, we can’t get used to it, it doesn’t normalize, it must shock us and scare us because its steps are ours and those of those we love! !!! What is the message in this country? What “doesn’t matter”? That nothing happens? How many are US ?????? #mexicofeminicide #wholecould be read on his Instagram the day after the discovery of Debanhi’s body.

The presenter of divine fillets shared his regret with the illustration made by the user @CarlosArizpe85inspired by the photo that went viral when the disappearance of the young woman who was going with a group of friends to a party was revealed. 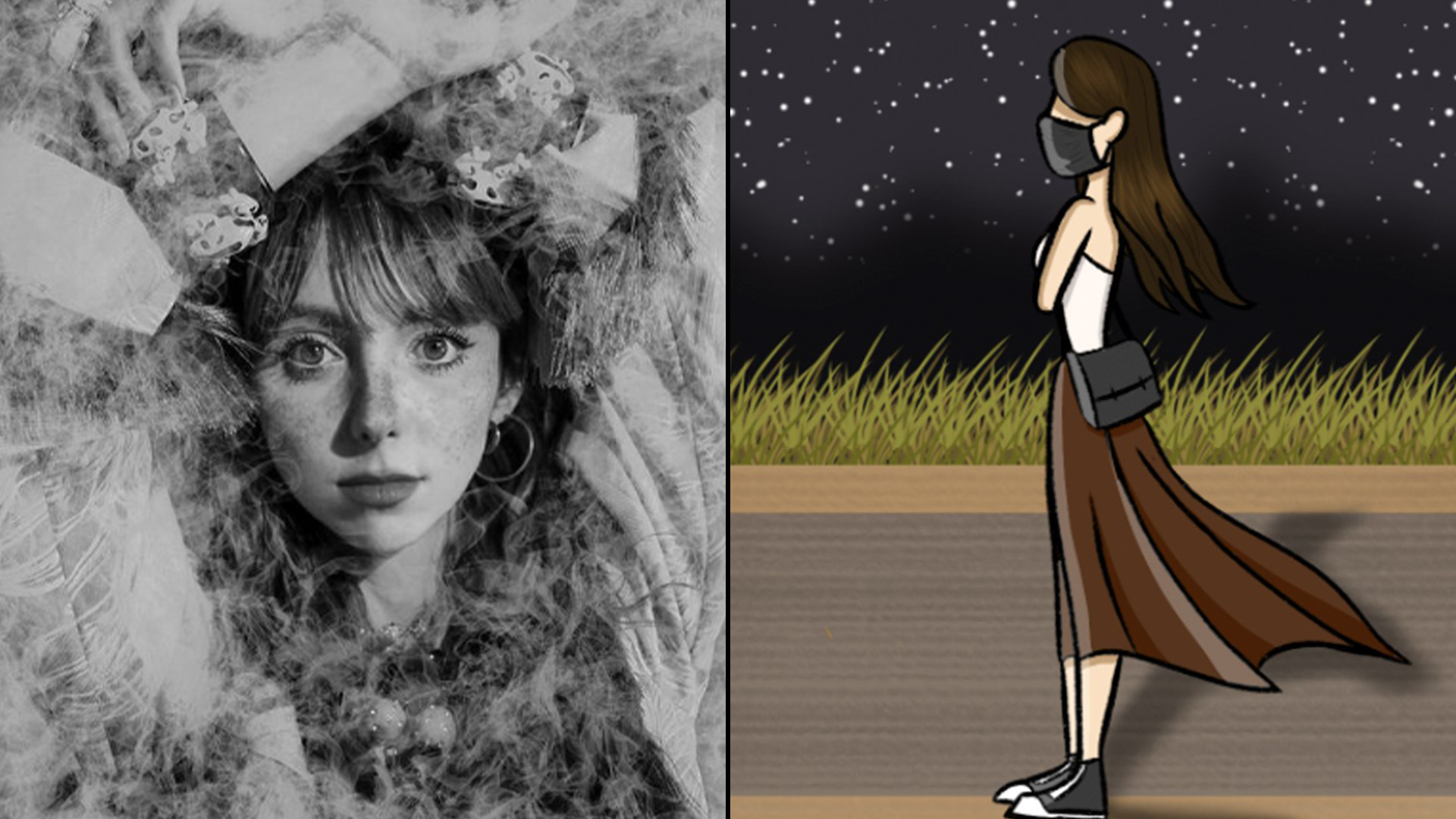 This Saturday, April 23, the actress and theater producer Rebecca Jones He joined in the outrage and launched a critique on Instagram in the face of the current crisis: “This cemetery of women that Mexico has become. What is the message in this country??? What doesn’t matter? That nothing happens? HOW MUCH ARE WE ALREADY???? 21,000 ??? indolence hurts #mexicofeminicide”. 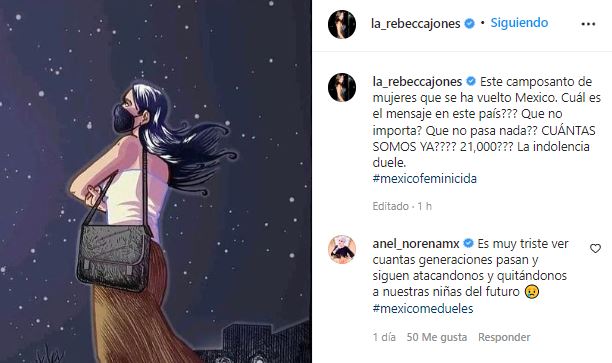 Among the comments, the former dancer Anel Norena“It’s very sad to see how many generations pass and continue to attack us and take our daughters from the future #mexicomedueles“wrote the mother of the children of José José from his official account.

The actress Thelma Madrigal The publication reacted with a sad face and, for its part, the actress Paulina Goto posted a few messages on his Twitter account: “Making a thousand pages that say ‘a sexist crime is always the responsibility of the state and the perpetrators.’ 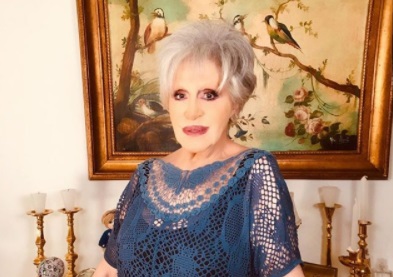 José José’s ex-wife regretted that violence against women had persisted in Mexico over the years (Photo: Instagram by Anel Noreña)

Goto showed his outrage with a series of posts highlighting doubts and alleged inconsistencies surrounding the case: “Debanhi Escobar disappeared on April 9 in Nuevo León, Mexico. After 13 days of research, her body was found lifeless a few meters from where she was last seen. They found Debanhi in a place that had already been ‘investigated’ by the authorities, and where they said there was nothing.

For her part, the actress Claudia Alvarez He also posted a powerful message where he emphasizes the importance of love: “It all starts at home, in the environment where a child grows up who can see violence as normal.. No one deserves to end their life this way. It’s time to implement love, in every step we take in our lives, from the person you don’t know and you pass on the street to the people closest to you. Love, love and more love is what the world needs and it is clear that these acts do not go unpunished. 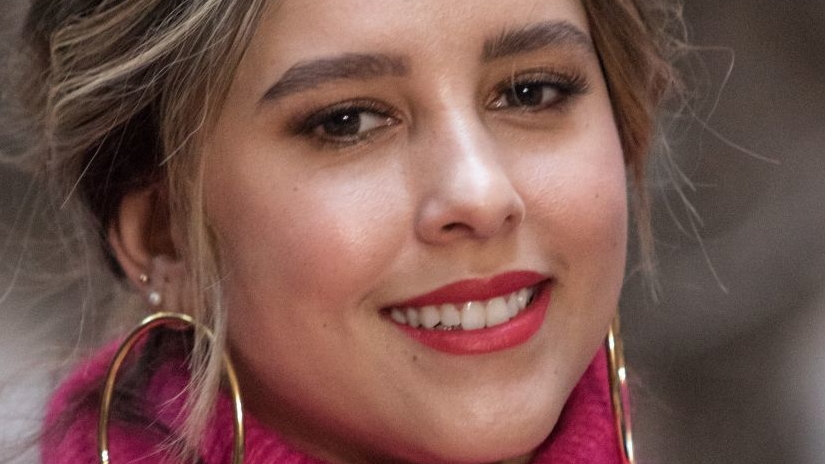 Paulina Goto pointed out the alleged inconsistencies in the case (Photo: Cuartoscuro)

the driver of Aztec television, Monica Garza, He also spoke of the impact of the death of the young woman, whose disappearance in the early hours of April 8 in the middle of the highway generated great unknowns and even the Secretary of Security of Nuevo León admitted that her research was “a huge human error”.

“Debanhi’s death is a reflection of the terror experienced across the country at the disappearance of women and related crimes. Like in Oaxaca, where the traffic increases and they say they offer 10,000 pesos per girl”.

The Argentinian presenter was appalled by the pain of Debanhi’s father (Picture: Instagram/@ceci_galliano)

For her part, the presenter Cecile Galliano used her Instagram to position herself as the mother of a daughter: “’My daughter is dead and I don’t know what to do’, words from a father in pain I can’t even imagine. Because by what right do you take them away from your parents, brothers and sisters, relatives, friends. Justice, the least we can demand. As a mother of a daughter, I ask enough to have to live in fear.. Mexico feminicide. writes the Argentine based in Mexico.