Skip to content
Ukrainian soldiers controlled by the Russians

What’s going on in Mariupol? Despite the surrender of hundreds of Ukrainian soldiers evacuated from the Azovstal steelworks where they were resisting the Russian invasion, Putin’s troops continue to bombard the enclave of the port city, defined as the “Guernica” of the war started by the head of the Kremlin.

The situation in what was the last bastion of Ukrainian resistance in Mariupol, already controlled by the Russians, is confused. Russia says another 694 Ukrainian soldiers have “surrendered” in the past day to the Azovstal steel plant in Mariupol, bringing to 959 the number of soldiers who have surrendered “prisoners” since Monday. For its part, Ukraine mentioned an evacuation operation of the soldiers who were however transferred to Ukrainian territory under Russian control.

The fate of these soldiers is unknown. Although the kyiv government has announced that a prisoner exchange with captured Russian soldiers is being negotiated, it has not been confirmed whether there are entrenched Ukrainian soldiers in Azovstal and it is feared that there will be a massacre of those who are still there and a trial for terrorism of those who have been taken prisoner.

The Ministry of Defense released a video on this second operation or “surrender” as Moscow calls it, which does not specify whether there are other defenders left in Azovstal or whether it intends to exchange them for Russian prisoners like the proposed kyiv.

“During the last day, 694 militants were captured, including 29 injured,” he added. This number is in addition to the 265 Ukrainian soldiers evacuated from the steelworks on Monday, including 51 seriously injured, according to Russia.

Thus, “a total of 959 militants have been taken prisoner since May 16, including 80 wounded,” Konashenkov said. He explained that in total 51 defenders “need to be hospitalized” and were admitted to a health center in Novoazovsk, a Russian-controlled city in the self-declared Donetsk People’s Republic. 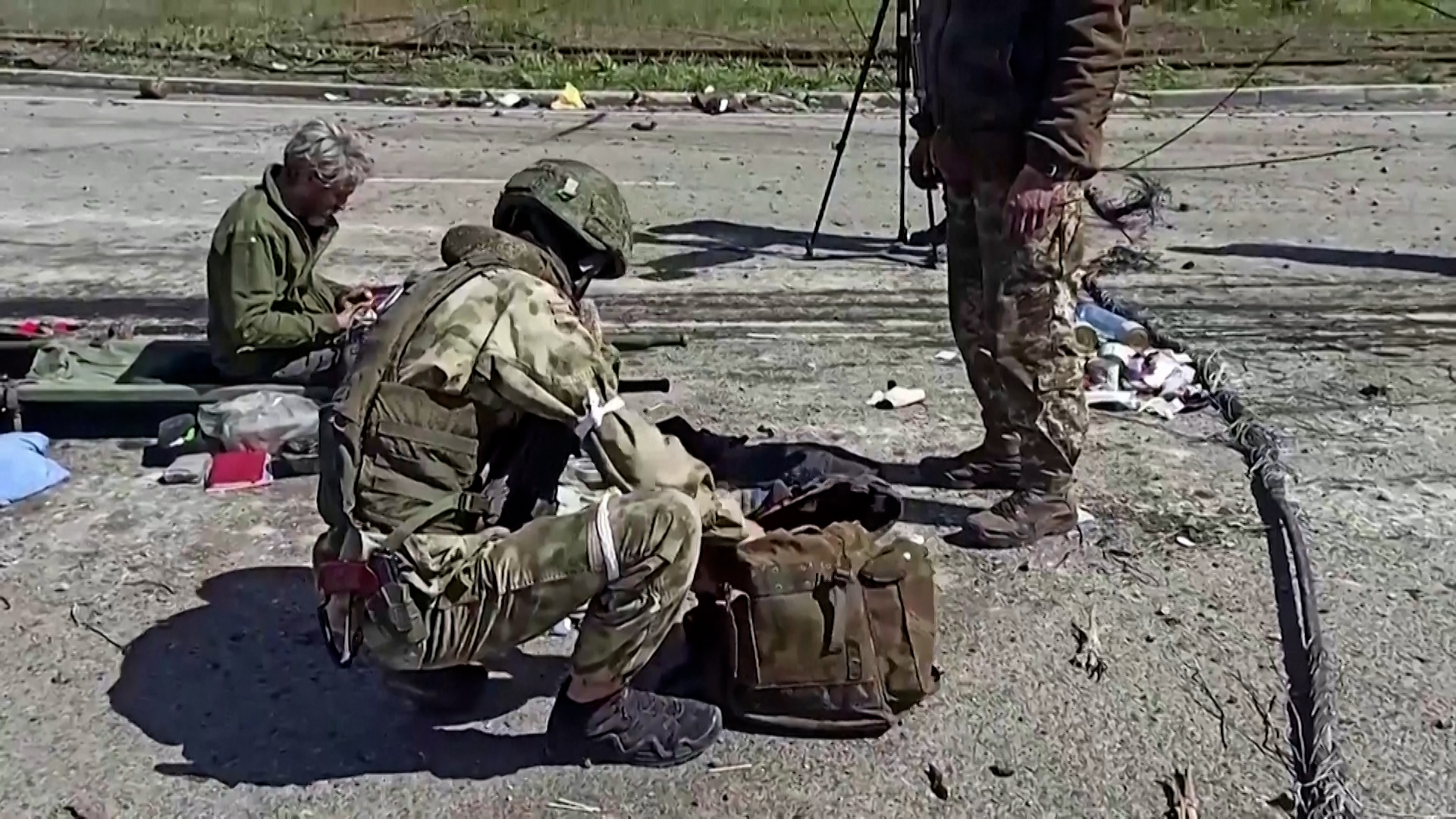 The footage shows how soldiers who left the metallurgical plant, some of them women, leave the Azovstal territory with their mats and suitcases following and stand in a single line to be searched by Russian soldiers.

According to the Institute for the Study of War in America, the Kremlin may have agreed to the conditional surrender of the defenders of Azovstal to hasten Russia’s ability to declare Mariupol under its full control. He also says he could also have agreed to such a deal to secure a victory to deflect criticism on social media about the setbacks suffered trying to cross the Donetsk River and the general slowness of the invasion.

The Russian army has continued in recent hours its attacks in eastern Ukraine, in the pro-Russian region of Donetsk and in front of one of its strategic cities, Sloviansk, where it is trying to reorganize and maintain positions, reports the General Staff on Wednesday. Ukrainian Armed Forces on his Facebook page.

On this front, Russian troops are carrying out offensives in some villages with the support of various types of artillery, including the use of rockets, according to the military statement. 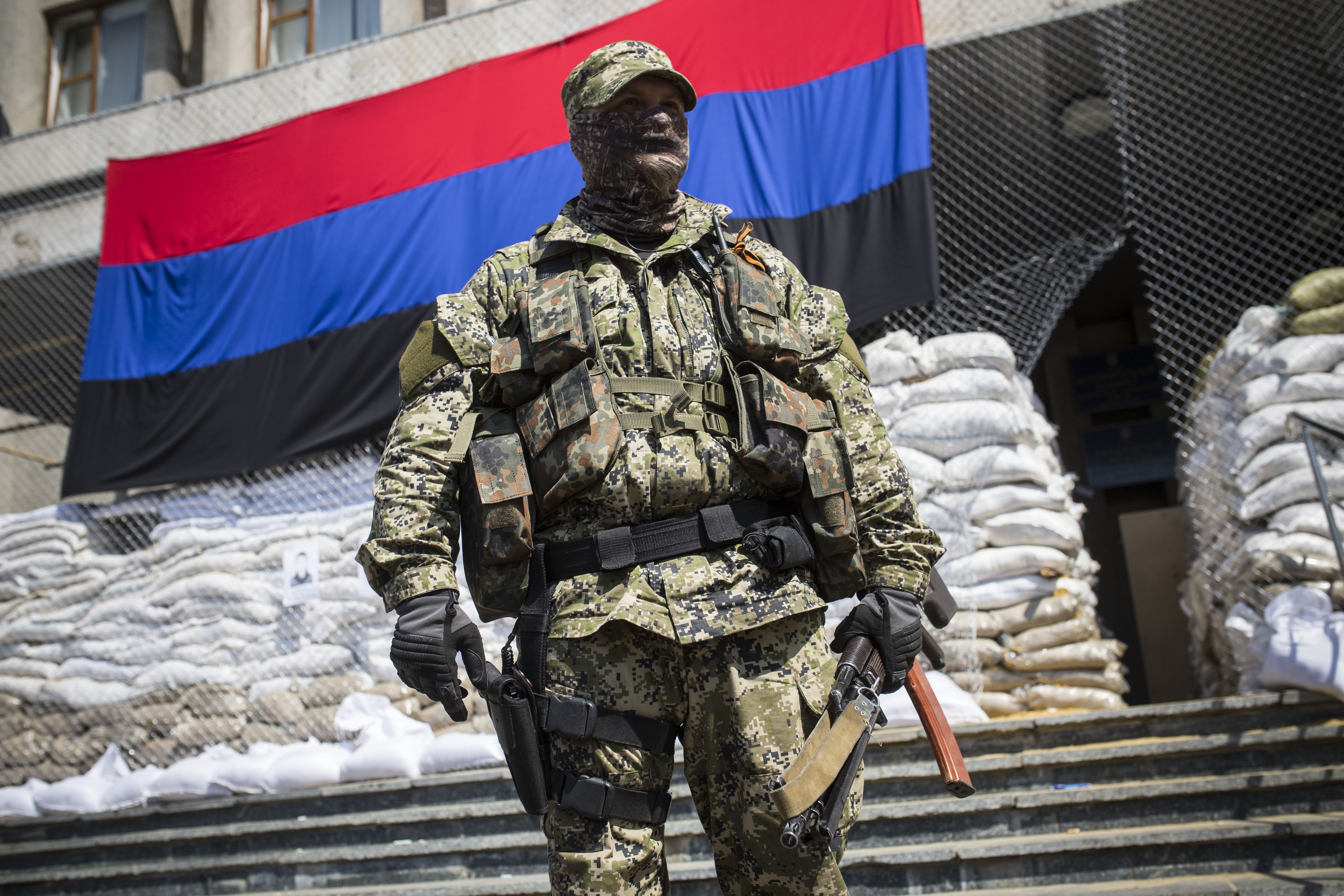 For his part, Ukrainian Defense Minister Oleksiy Reznikov said that “For many reasons, Russia is preparing for a long military operation. The war is entering a protracted phase. We see how in the Kherson region, in the Zaporizhzhia region, the Russian occupiers are actively carrying out engineering and fortification works in order to switch to defense.

The ambassadors of Sweden and Finland to NATO presented this Wednesday their applications to join the Alliance at the headquarters of the transatlantic organization in Brussels, where they met the Allied Secretary General, Jens Stoltenberg, who considered them “a historic step”.

The Finnish diplomat, Klaus Korhonen, and the Swedish, Axel Wernhoff, hand-delivered to Stoltenberg their countries’ applications for NATO membership, then the Allied Secretary General described the decision taken this Wednesday by the Secretary General ally of “historic stage”. Stockholm and Helsinki. “The demands made today are a historic step”Stoltenberg assured. 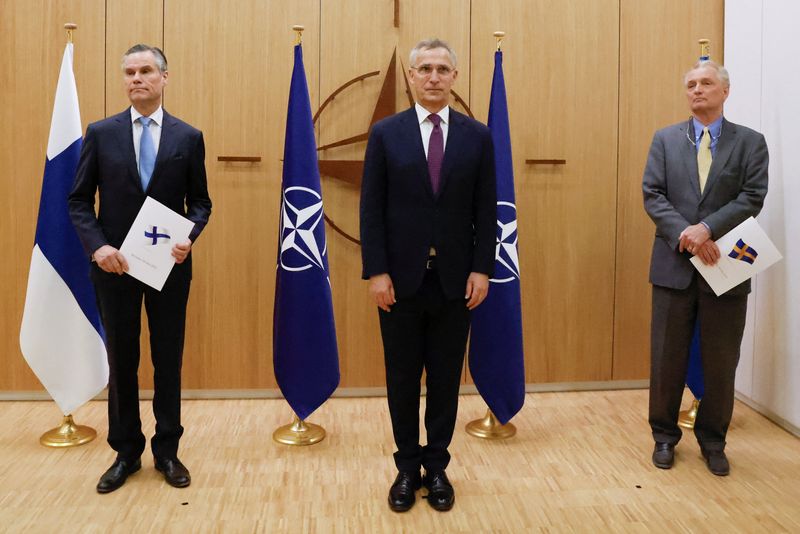 ATTACK ON THE UKRAINIAN HEALTH SYSTEM

The European office of the World Health Organization (WHO) has so far verified a total of 226 attacks on the Ukrainian health system since the beginning of the waras Regional Director Hans Kluge reported today.

“There are almost three attacks on average per day”, Kluge told a press conference in Kyiv that two-thirds of toilet attacks recorded globally in 2022 took place in Ukraine.

(with information from EFE)

Russian invasion LIVE: Sweden and Finland have officially submitted their applications for NATO membership
Russian troops continue their attacks in Kharkiv, Mariupol and the breakaway regions of Lugansk and Donetsk
Putin runs out of soldiers and resorts to a ‘grandfather army’ that retired 10 years ago
Over 1.3 million Ukrainians deported to Russia against their will