Many personalities from the world of entertainment, politics, sport and other fields dream of sharing the Mirtha Legrandthe most important diva of Argentine television. Daniel Malnatti can proudly say that he has participated in the classic program twice (2017 and 2021). In addition, at each of the visits, the journalist took the opportunity to take away some memories: the salt shakers with the golden ML logo.

These memories of his passage through the cycle of petite They were stored in his kitchen. Until the day he had a brilliant idea, inspired by one of his idols, Federico Peralta Ramos. “I have admiration for this artist from Di Tella who obtained a Guggenheim scholarship in 1991. He spent the money they gave him on costumes, gifts, and decided to allocate $3,000 for a dinner with friends at the Alvear. I thought it was fun to do the same,” Daniel assured Tele-emission.

Before continuing the story, he made an important clarification: “I’m not a wretch who stole a salt shaker, I did it with artistic intent and to promote friendship.” Then, he recalled his participation in the classic program: “In 2017, I went to Mirtha’s table for the first time to present a book and they gave me the salt shaker. After the crisis, they stopped giving them away and only put one salt shaker on the table. In 2021 I went back and Juana (Viale) was there, I made several jokes about the salt shaker in the cups. When the program was about to end, Juana looked at me and said, “You’re going to take the salt shaker. And he winked at me. I answered yes and took it with me. Doctor Cormillot took the other salt shaker. 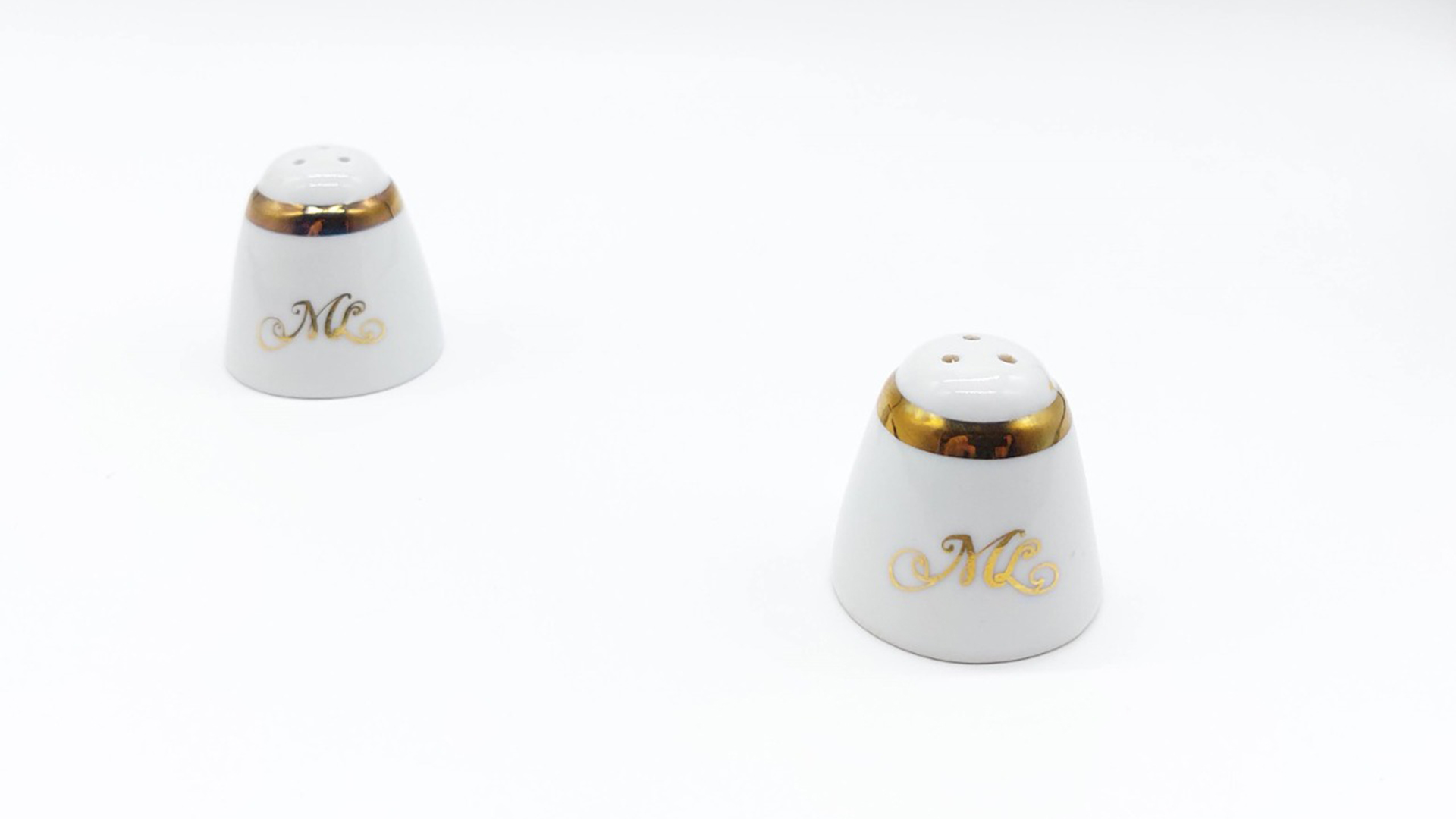 The salt shakers that Daniel Malnatti sold at the Mercado Libre

Later, the journalist put his plan into action: he took pictures of the two salt shakers and posted a sale notice on the Mercado Libre page. “I am selling a Verbano porcelain salt shaker. Model Mirtha Legrand. Original”, The post title says.“Feel Melconián, López Murphy or Dani La Chepi just by sitting at your table”, noted in the description with a touch of humor to attract potential buyers. In case that strategy didn’t work, Daniel tried to be even more creative: “Surprise your friends by flavoring an entrail with a remarkable salt shaker. Confuse your Tinder date by mentioning as someone who doesn’t want the thing that you went to Mirtha because you are an infectious disease specialist or a specialist in something. buy a salt shaker”.

Additionally, he explained, “The salt shakers are for sale separately. But you can also buy both together. It is important to clarify that this is not the typical pair of salt and pepper shakers, but as stated in the product description, both are salt shakers. Proof of this is that both items have three holes, while the pepper shakers have only one. The salt shakers are original and although they are not new they have never been used as I have high blood pressure and try to consume little salt. One of them is complete with salt, although (I warn) the chances that it was Mirtha Legrand herself who performed the filling procedure are practically nil. 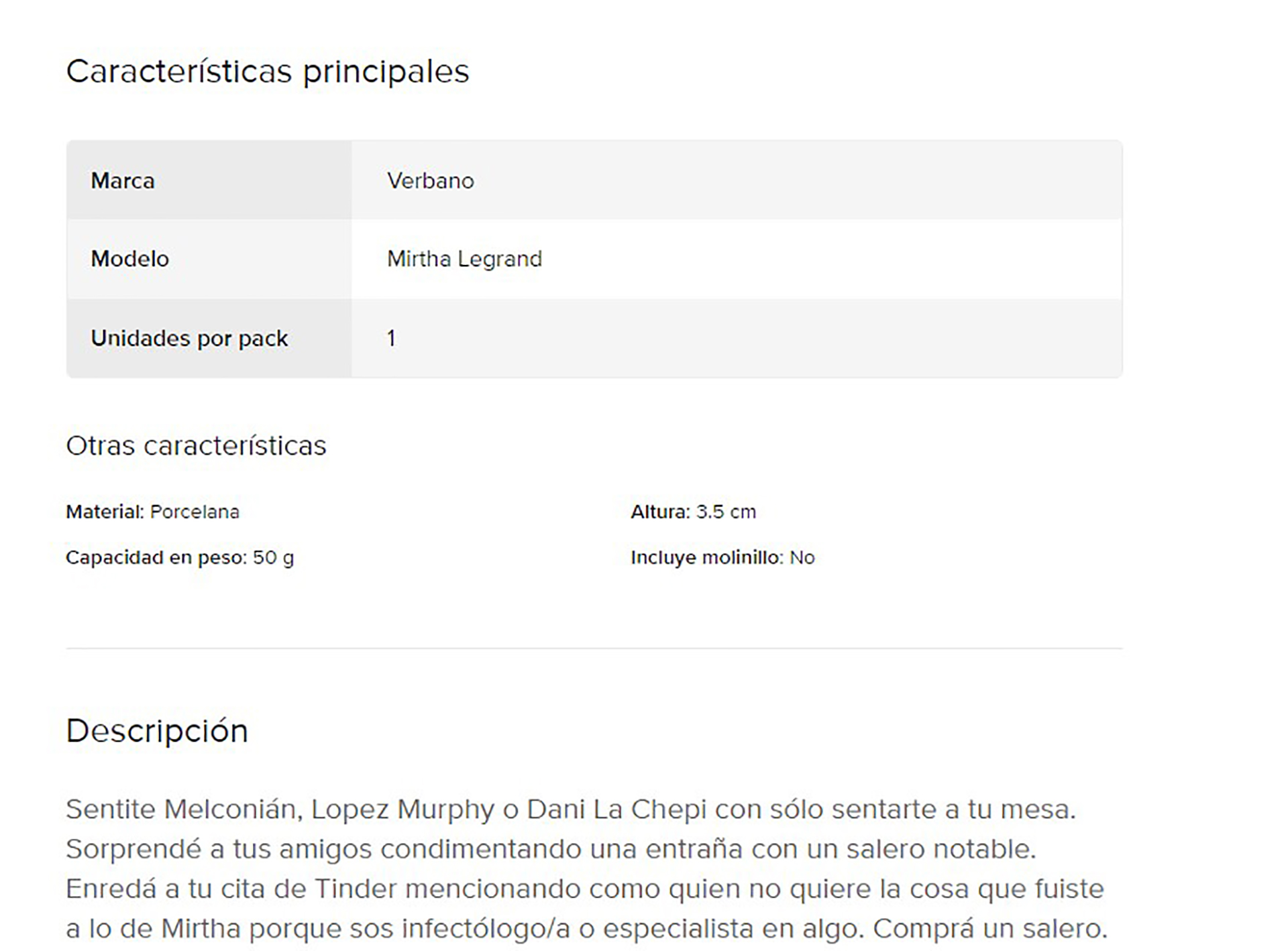 At first he made the post as a joke because he didn’t imagine anyone could buy them. However, his partner disagreed with the sale as he liked the salt shakers and even warned him that they would eventually lose them. “I had put them at a cheaper price, but she told me to increase it. So I put $18,891 on it. She insisted that I double it because they were going to take it away from me right away. No sooner said than done. In two months, I sold them to a man who lives in Núñez, I think he is a director”. 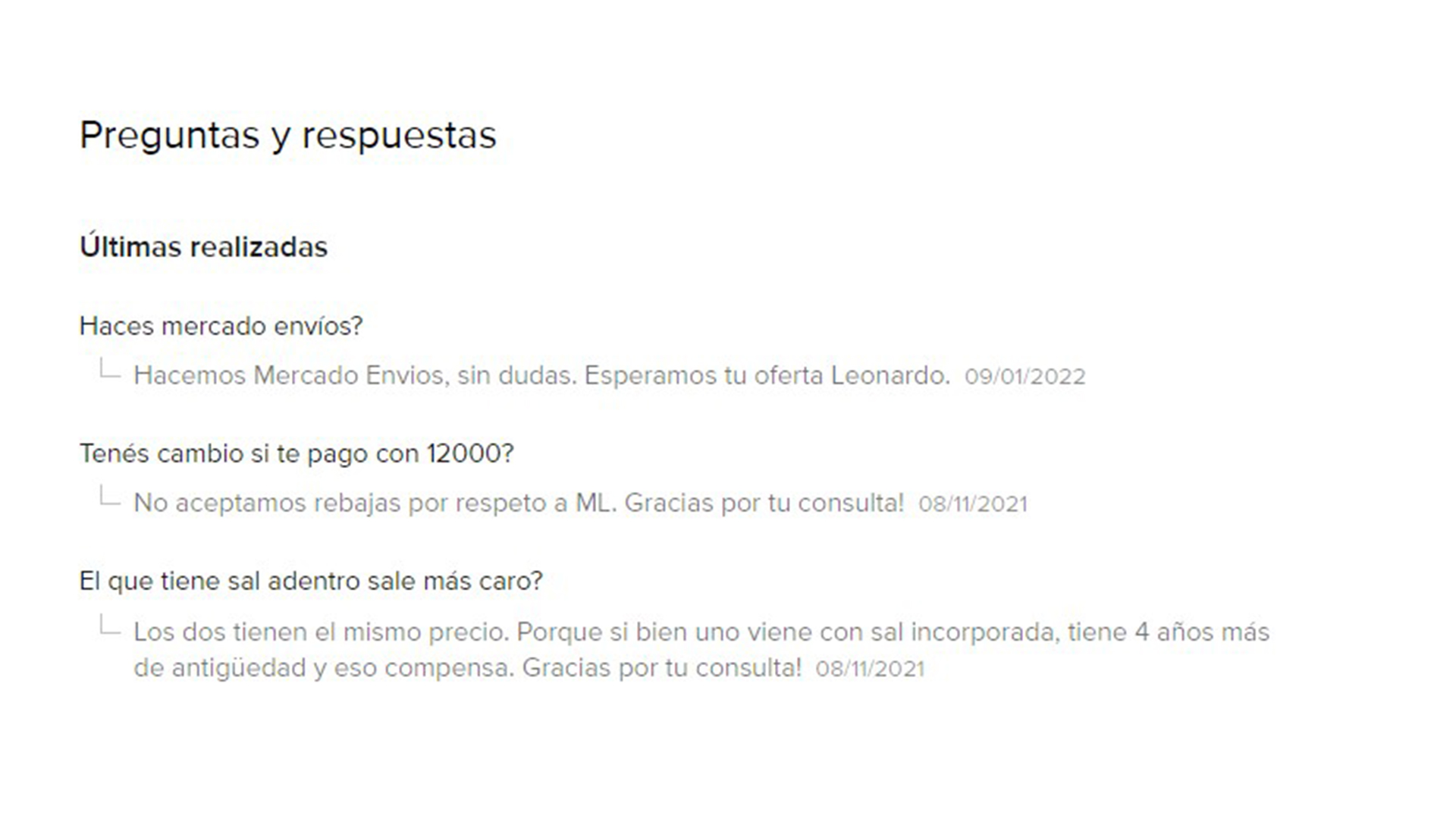 Some of the questions interested people asked Daniel Malnatti

Malnatti prepared the order very carefully: he put the salt shakers in a black box, wrapped in paper of the same color so that they wouldn’t break. Then he took the parcel to the post office so that it reached the hands of the buyer. “These are articles that have a journey. It may be ironic, but to be at Mirtha’s table is to belong to the aristocracy. It’s not the same as being at Andy Kusnetzoff’s table.“, he pointed. 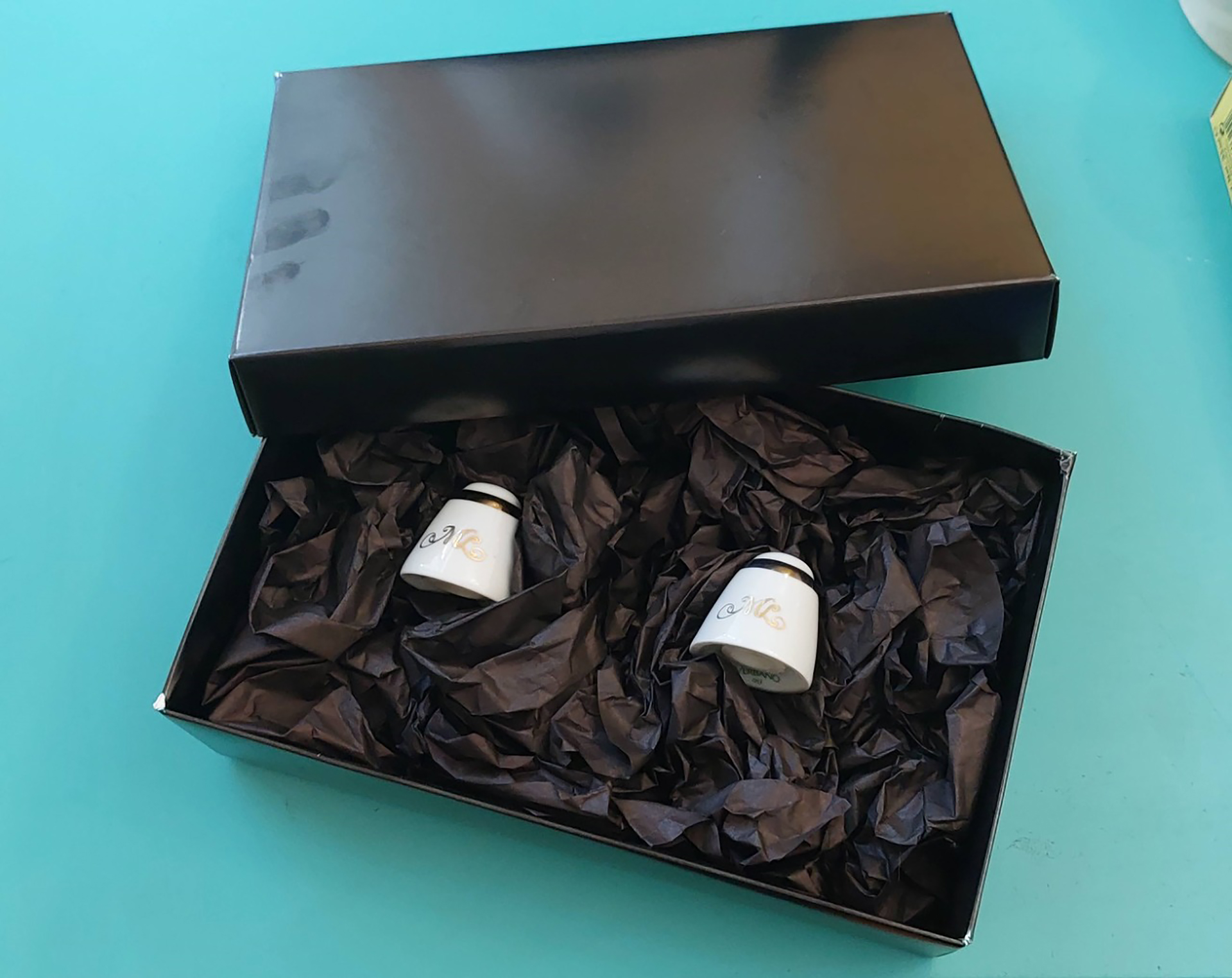 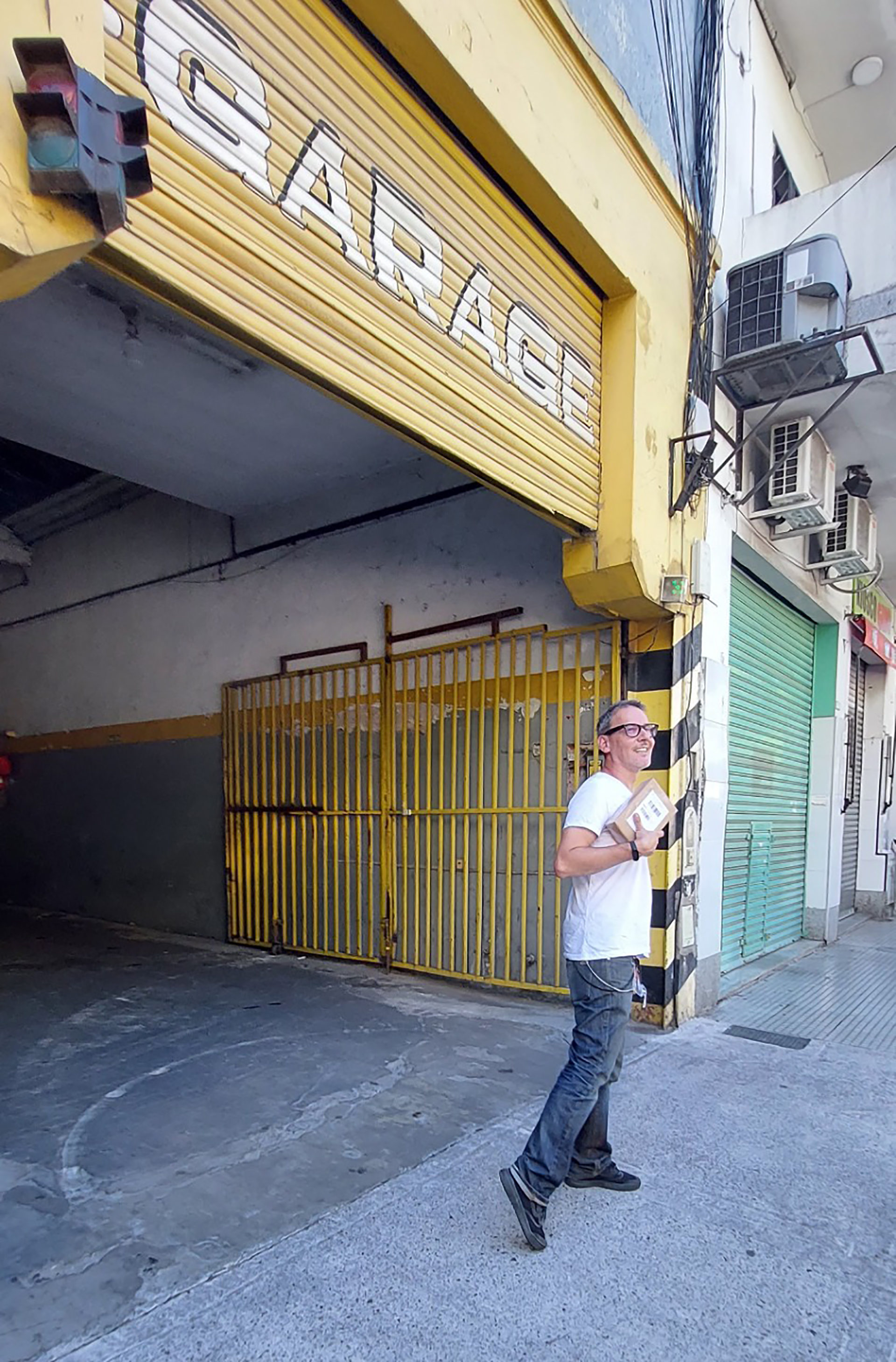 When they credited him with the money, the journalist wrote to his group of friends on WhatsApp to invite them to the restaurant. “They were happy because we are always going to eat pizza. The good thing was that I managed to get more friends to come because few always go there, but this time it was all. Nobody’s gonna ruin a dinner party upstairs. We spent around 35,000 pesos at the restaurant. We actually spent 50,000 pesos but they gave us a discount. Also, the WhatsApp group is a bit of a dark place. Everyone always says: “We see each other, but we never see each other”. So, thanks to Mirtha Legrand, we were able to see each other”.

Beyond the fact that his plan went perfectly and that his friends were happy with the dinner, Daniel worries about the reaction he might have. petite. “I hope they will invite me again. Once I shot a Martín Fierro and at APTRA they didn’t invite me anymore. I hope, please, that’s not a reason for them not to invite me to Mirtha’s table. One of his producers wrote to me and said he was going to tell him. You have to see how she takes it because she has codes from another era.

Finally, he revealed that he received messages from some celebrities who confessed to having taken certain objects when they were in the cycle: “They told me that salt shakers, cutlery and even some of the silverware had been stolen One person told me that he gave it to an aunt and when she died he went home to get it back. There must be a thousand stories with those salt shakers…”.