Skip to content
There are more cameras in the Nueva Castilla motel (Credits: REUTERS/Daniel Becerril, Instagram/@debanhi.escobar)

After 13 days of research, Debanhi Escobar’s body was found in a cistern at the Nueva Castilla Motel. In addition to the videos that captured the young woman alive inside the building, the prosecutor specializing in feminicides of Nuevo León assured that New cameras that would show other angles of the building are already being studied.

“We are in the investigation, because we had the find of other camerasso we check if in these cameras (…) there is a video recording of this time in order tor determine if we can place Debanhi in another area of ​​the hotel”mentioned Griselda Núñez to Azucena Uresti.

According to the specialist prosecutor, there are more recordings than “Camera 1” and “Camera 2”, CCTV devices where Debanhi could be seen entering the motel Nueva Castilla through vehicle access and later walking near the restaurant in the reservoir, garden and swimming pool area. 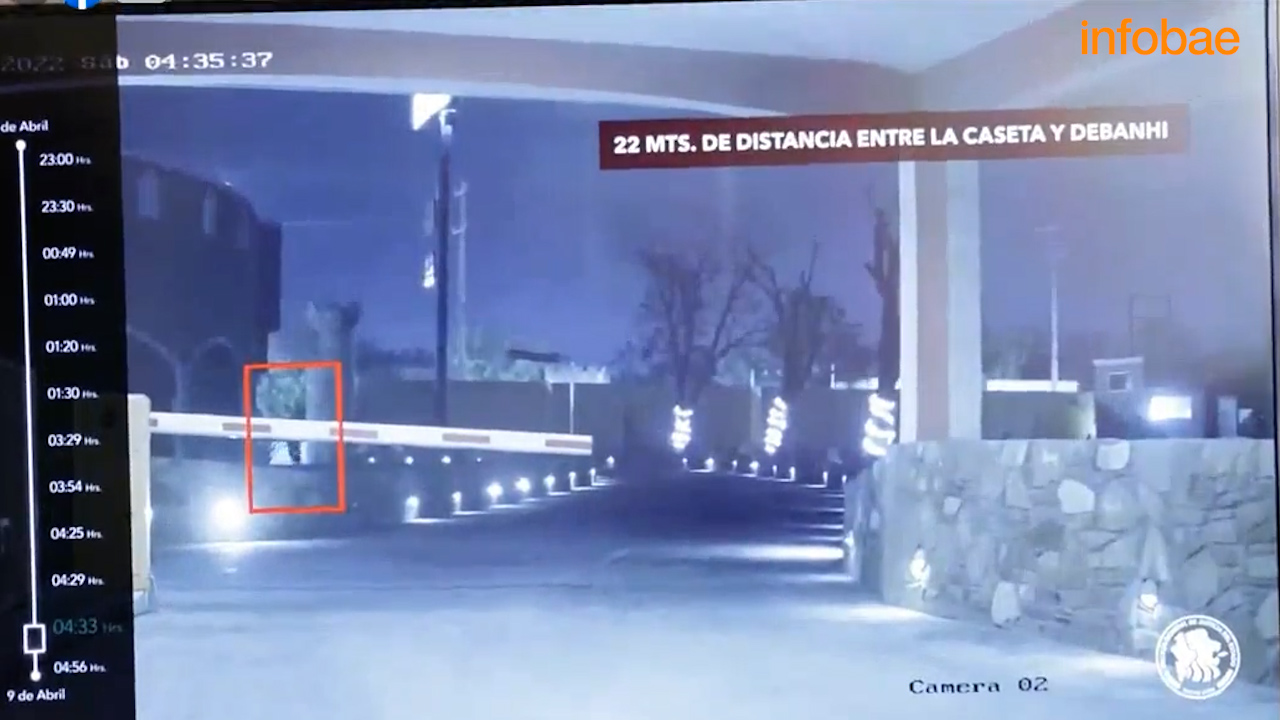 This is a capture of the recording where the young woman was seen entering (Photo: Parquet de Nuevo León)

“There are cameras all over the building. and we are diligently investigating each of them,” Griselda said in an interview for Formula group.

It should be noted that during the search for Debanhi Escobar alive, employees and administrators of the motel Nueva Castilla assured the authorities that monitoring devices were only used to monitor and they did not capture video; however, recordings have already been released.

According to the specialist, the analysis of the new videos has also would help review other aspects of the Debanhi case, i.e. the presence of officials who participated in the search operation for the 18-year-old girl inside the motel. One of the inconsistencies emerges from the investigation, is that the tanks had already been inspected without noticing a foul aroma. 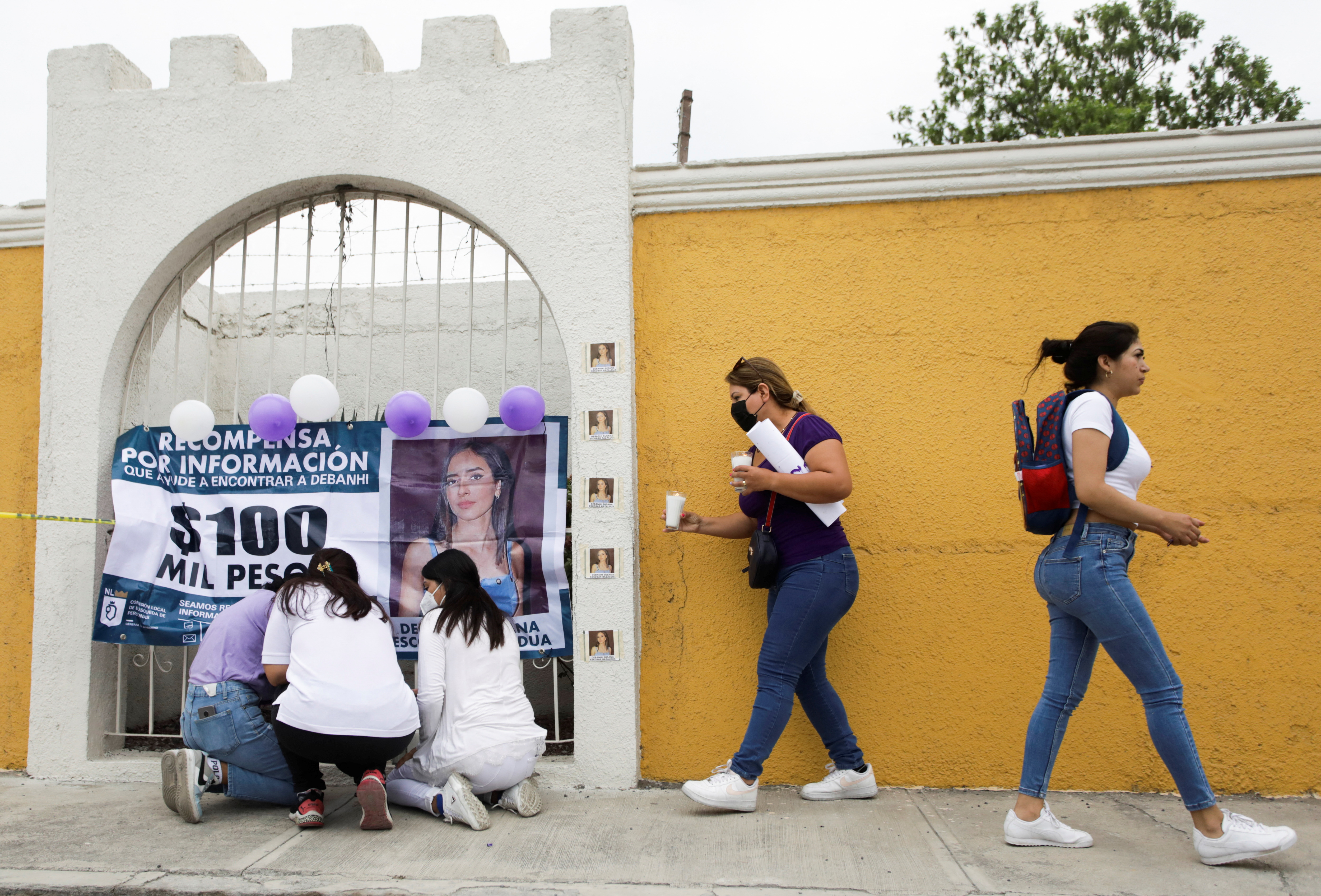 People gathered to place an altar in protest outside the site where the body was found (Photo: REUTERS/Daniel Becerril)

“Thirteen days here!” How many times have you been here? How many times!”, Mario Escobar, the young woman’s father, claimed at the time. In this regard, Griselda Nuñez explained the following:

“Yes, we verify that in the opinions and expertise, check whether or not there is the presence of it alone, as he mentioned, also from various officials who participated in his research.

Likewise, the specialist assured that the viewing angle of the new cameras found is short but “The necessary diligence and expertise is underway to establish the angles and review of each of the cameras which allow us to do a detailed follow-up of all these 13 days, to check if we can observe it at another place”.

In the footage captured, the young woman is seen to have entered in a hurry, running towards the Nueva Castilla Motel

On the other hand, Mario Escobar told local media he would not release his daughter’s autopsy results until your attorneys say it’s relevant.

“As I had commented on the instructions of my lawyers, they are in the process of verifying it, and when they determine it and present it, now in front of the cameras., explained the father of the young woman. This decision was taken in such a way as not to affect or hinder the smooth running of the case.

In the same form, the head of the prosecutor’s office in charge of feminicides and crimes against women clarified that there was no “second private autopsy”, only the intervention of an anthropologist made available by the Federation was carried out. 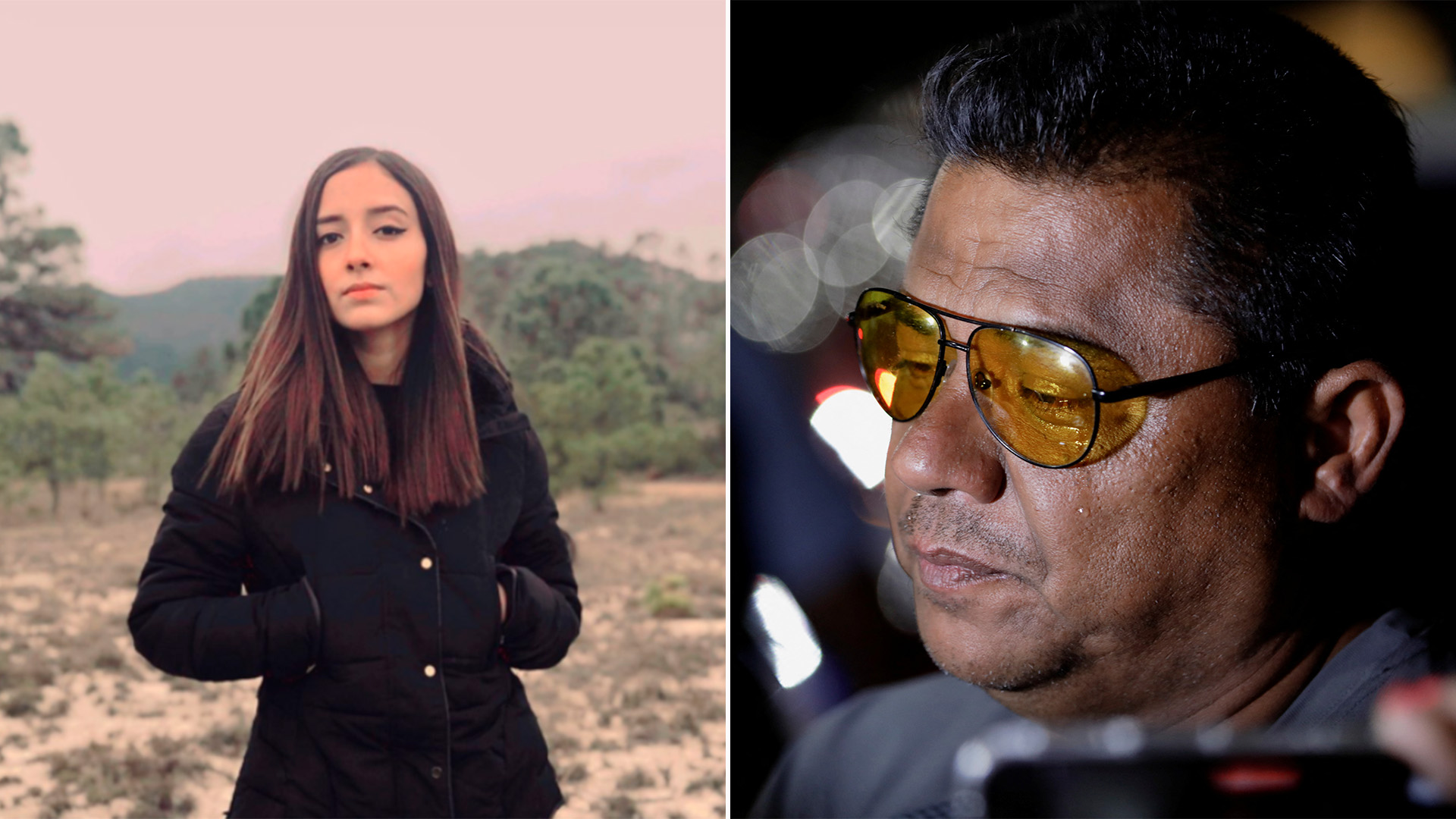 Mario Escobar will not release the autopsy results until his lawyers tell him (Photo: @debanhi.escobar REUTERS)

Likewise, the Attorney General of Nuevo León, Gustavo Adolfo Guerrero Nuñez explained that press conferences will be held on Monday on the evolution of the Debanhi case. The next one will be on May 2.

At the April 27 press conference, it was said that Debanhi runs into Motel Nueva Castilla, These images were captured by “Camera 2” which focuses on the motel driveway boom.