This Tuesday began the first of three public hearings to define the price increases and the segmentation of users. In this case, the official proposal to increase the price of natural gas has been presented, which will be transferred to user bills.

In the presentation, Maggie Videla PortoUndersecretary for Hydrocarbons, recalled that users of public gas distribution services with a social tariff will not have increases from June, while the rest of users will have an average increase of 20%.

If the increases already applied in March are taken, the percentage increase from June will be between 18% and 20%, depending on the different areas of the country.

This calculation is based on the guideline of increases agreed with the International Monetary Fund, where the total increase in bills for users with a social rate must be equivalent to 40% of the coefficient of variation of salaries (CVS) of 2021, this which gives a percentage of 21.3%. Since there were already increases in March that reached this percentage, they will have no more increases in 2022.

For the rest of the users, without social tariff, the increase must be 80% of the salary variation of the last year. This percentage is 42.7% for the whole of 2022. If we take the increases already applied in March, the percentage increase from June will be between 18% and 20%, depending on the different areas of the country.

Maggie Videla Oporto, Undersecretary for Hydrocarbons, during the hearing

“This decision is based on the conviction of our national government that gas and electricity tariffs must have corrections which must always be lower than the evolution of wages. Due to the need we have to improve purchasing power after the pandemic we have been through and at the same time the bill has less and less weight,” Videla Oporto said.

In the case of users in the center of the country, the average bill will increase from $2,008 to $2,378, according to the report presented

And he recalled that the 10% of users with the most purchasing power will stop receiving subsidies and will therefore have to face even greater increases. “The president clarified in his message that a process of allocating subsidies to users of gas and electricity utilities will begin based on socio-economic indices,” he added.

In the midst of internal hearings, unlike other hearings, this time the Energy Secretary did not participate, Dario Martineznor the controller of the Enargas, Federico Bernalwho is in charge of the regulatory entity which must implement the new tariff schedules. 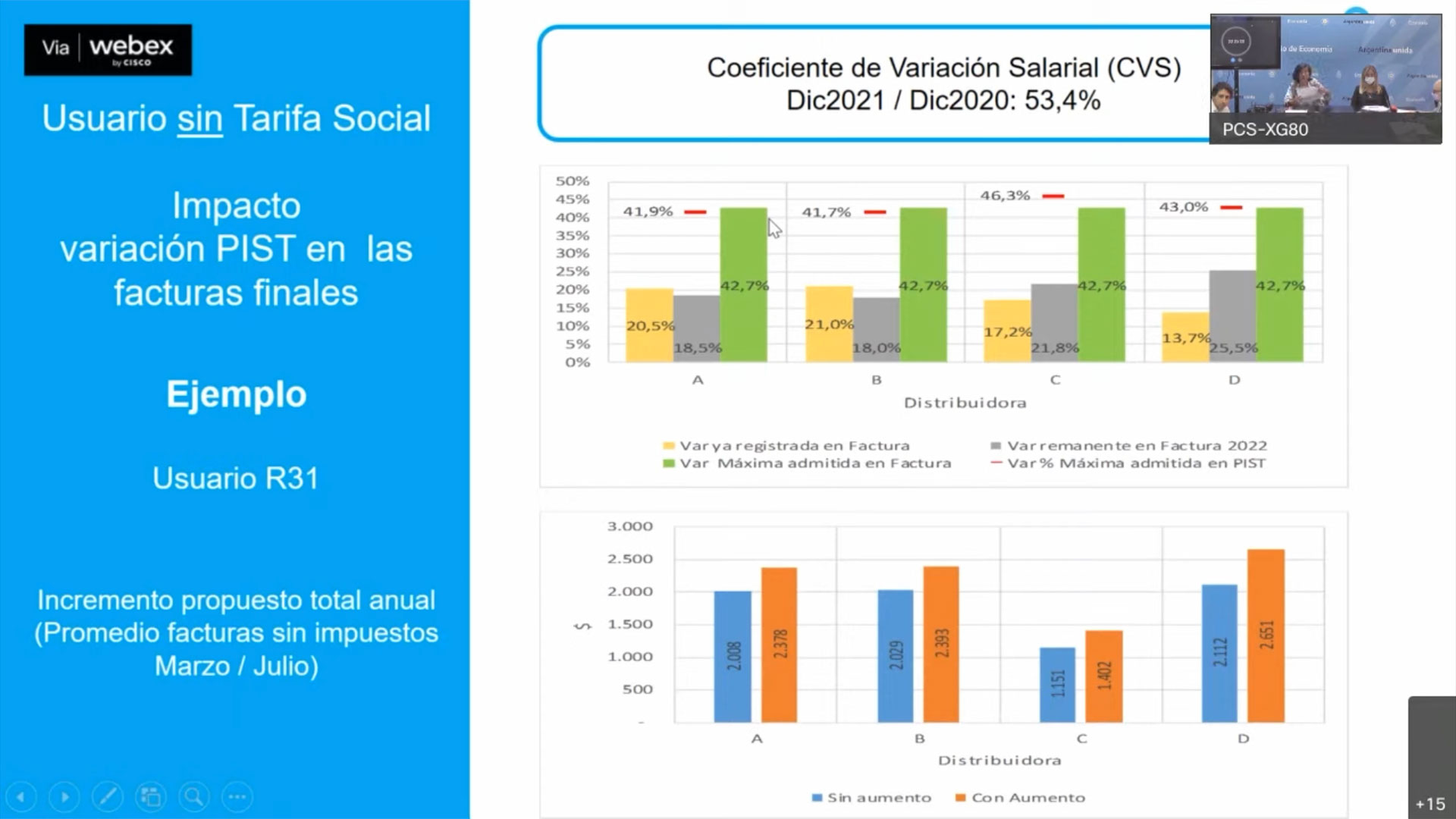 The increases proposed by the Secretary of Energy during the hearing

The gas service bill is made up of four variables: gas price, transportation cost, distribution cost, and taxes and fees. In the case of the price of gas, what is transferred to the tariff and charged to users depends on the subsidies. That is, the percentage borne by the State of the price paid to gas-producing companies, the cost of gas imported from Bolivia and the cost of imported LNG.

Critique of augmentations and segmentation

During the hearing, the representative of Mendoza Jimena Latorre, of the UCR, dismissed the increases as “untimely” and criticized the government’s lack of foresight and disorganization. “They have illegitimately intervened with regulatory entities for more than two years without any progress or results and they come to propose increases in a scenario of greater consumption, rising international prices and lack of foreign currency,” he said. he declared during his participation.

“They say they won’t allow rates to grow above wages, but the problem is that wages are still far behind inflation. Behind the siren songs of frozen rates, the Government has wasted the effort users during the recomposition of the tariffs of the previous Government. The subsidies were estimated at 3,000 million dollars and for this year, they will be 15,000 dollars”, he concluded.

From Adigas, they detailed that for every percentage point gas price increase in the PIST, it equates to $86 million in loss for the companies.

For their part, companies, represented by the Association of Gas Distributors (Adigas), they have warned that the segmentation of tariffs will generate that, in practice, three additional tariff schedules are added to the regimes already in force, which could affect them economically or financially.

From Adigas, they detailed that for every percentage point increase in the price of gas in the PIST, it equates to $86 million in loss for businesses, as it impacts unrecognized costs in the to cross. A 55% price increase would equate to an approximate loss of $4.73 billion. “The increases granted to distributors in their margin in 2021 and 2022 have been well below inflation and the variation in wages,” he said. Daniel MartiniCEO of Adigas. 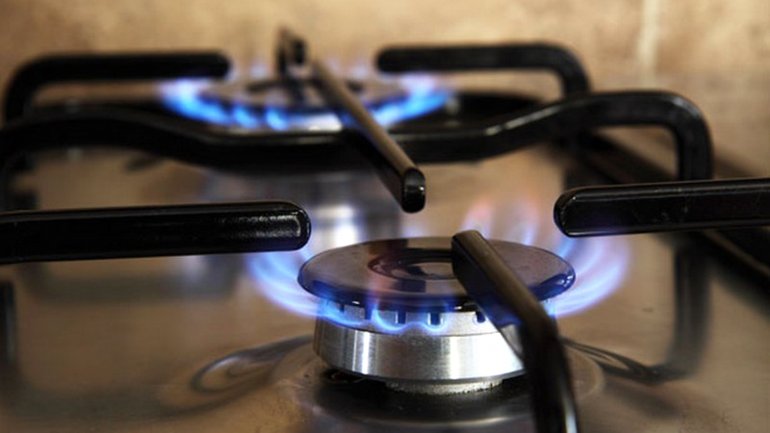 In turn, the provincial deputy of Mendoza Jose Luis Ramon complained about the absence at the hearing of the energy secretary Dario Martinez and the Minister of Economy Martin Guzman. “The Front de tous cannot allow this progress where public services are considered market goods. It is a social right of every family in Argentina that must be proportionate to the family’s ability to pay,” he said.

The provincial deputy targeted those responsible for the Ministry of Economy and the Energy Secretariat – which he called “the median lines” – who are part of the Frente de Todos and who make decisions that “do not correspond to the political party that governs Argentina and that they do not respect the human right of access to public services”.

He also assured that the percentage increases presented are lower than those that users will ultimately have to pay. According to his analysis, it will be 26% to 39% for users in Greater Buenos Aires, where the coldest season lasts 30 days. And from 60% to 63% for users in cold areas.

Pierre Bussetti, head of the Association for the Defense of Users and Consumers, complained about the reduction in the exposure time available to the participants, limited to 5 minutes. “The National Government is forced to carry out the Comprehensive Tariff Review (RTI) in December 2022. It is then likely that there will be another tariff increase this year,” he warned.

For its part, Michael Segalone of the users who took part in the hearings claimed the case of the tenants which will be affected by segmentation in the event that the owners do not allow them to put the services in their name.

From the Association of Industrial Gas Consumers (Acigra), which represents companies that have almost 50% of industrial consumption, affirmed that 30% of the Gas Plan intended to supply industrial consumption and CNG today is not not enough and they asked the government to improve the mechanisms for allocating demand from companies in the sector at a “reasonable price” in the coming years.

As explained Damien Labastie, manager of the association, there is potential for gas savings through efficient use measures for the residential sector that could offset LNG imports by ships. “As the industry and CNG freely negotiate gas contracts, the mechanisms need to be perfected so that demand can be met at a reasonable price in the years to come,” he said.

In his presentation, Victoria Noriegarepresentative of the Federation of Gas Sub-Distributors (Fesubgas) asked the government for SMEs in this segment to be able to access a differential gas price, as was the case until October 2016.

And he underlined the “critical situation” that these companies are going through, aggravated since the complete revision of tariffs (RTI) applied since 2017. “Since then, we have paid a higher gas price without any analysis of the profitability of subcontractors . distributors, it was not verified whether the revenues were sufficient to pay the costs of the benefit. We have to fix this immediately,” he said.