“I was home alone on the weekends and my neighbors were having people over, friends, relatives, people and I could smell the laughter, the smell of the food, that they were having a good time and I was alone in wonderful mansion and I said ‘why not have someone?’he wondered Guido Suller and decided to get to work. Thus, coinciding with his 61st birthday, On May 13, he will inaugurate his new company.

“I want to tell you that I open the doors of my house so that you can discover my house, my life, my universe. I want to welcome you and share an unforgettable night”, The former purser invites his followers to the site of Too much subtraction. Thus, the architect also opens up to the gastronomic field with the particularity that he will receive from the guests, in his house in a private area of ​​Pilar. 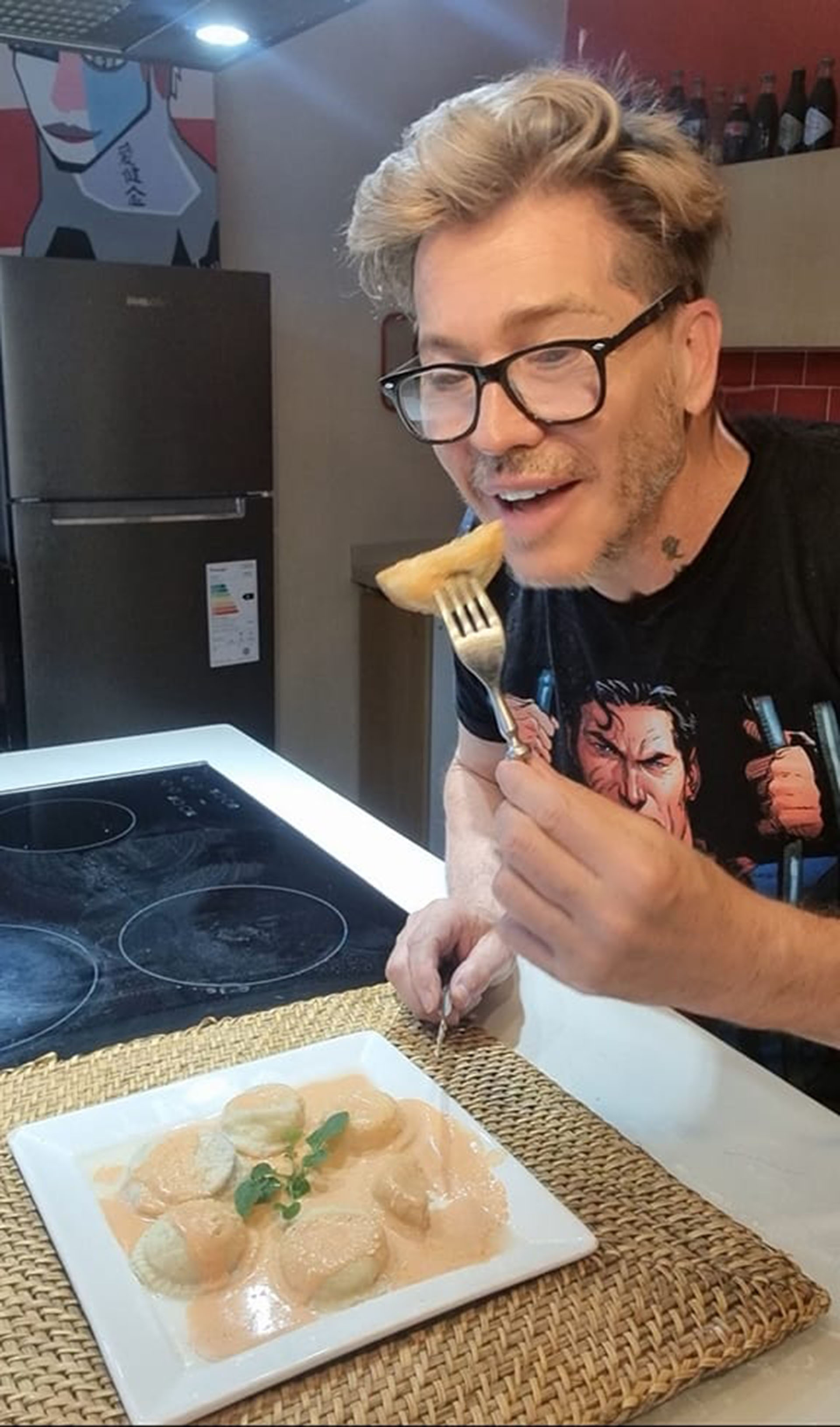 “It’s a project that came to my mind and that is new, for someone famous, although the word puts me to shame, to open the doors of their house to whoever wants to come, it’s a crazy idea,” he said. TV show and says the initiative was born out of a desire to share his time with someone: “I hardly have a family, a few friends, children or a partner that I don’t have, but I have the love of the public, and of the people, so I invite them to my house and I cook for them”.

He always enjoyed cooking for his people and during his stay in The grand prize of cooking, learned several secrets of the trade. About the menu, he said: “It won’t be a gourmet meal but a home-cooked meal, mom and grandma’s food. My house is minimalist and I want to give it the warmth of home”.

The view from Guido Süller’s kitchen

“Everything is coldly calculated,” he joked and explained how he thought of the three menus people could choose from: “I was thinking, what can I get them to eat abundantly rich that everyone likes ?” and on the plane for many years I offered ‘chicken or pasta?’, the famous phrase of the hostess, ydije ‘if I make a chicken, how did my mother make me?’ A la mamma, with golden potatoes, the phrase that made me famous twenty years ago. People want to try and for those who don’t eat chicken, pasta, sorrentinos these are the ones I like the mostwith different sauces and a vegetarian option”.

Guido Süller’s restaurant will offer three menus to choose from

This is how he put together three options that include starter (cream of squash, caprese basket or brusquetta), main course (chicken or pasta) and dessert (pancakes, bread pudding or fruit salad) with coffee and drink. For now, he will have nothing more than three tables, two for four guests who will be in the kitchen and another for six: “I’m going to be chef and host.” 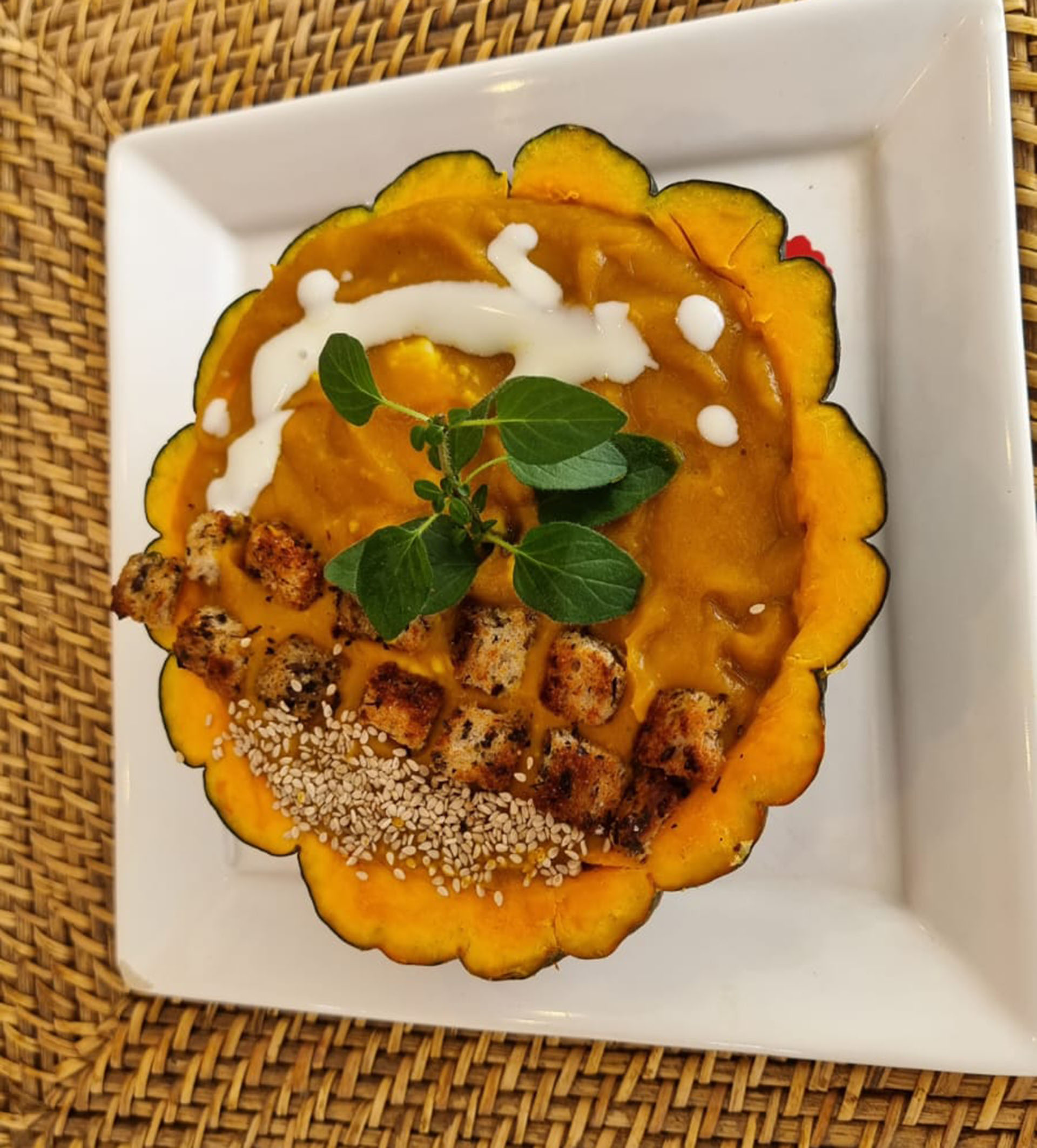 Pumpkin soup is one of Guido’s favorite dishes

In addition, there will be a dinner show by a singer who “it’s not famous but it’s international” that Guido baptized “Argentina Whitney Houston”, Although he is aware that he will be the attraction, he said he will surely use a microphone so everyone can hear his comments while he cooks: “I will improvise, make announcements as if we were on the plane and tell things about my life. Go and know the things that can happen, It’ll be a cool vibe, it won’t make loud music and we’ll have a great time and for me it’ll be a way of feeling accompanied by cooking, which is something I’ve always loved.”

“They will come to my house and enter Süller’s world, eat from my plates, sit on my chairs, drink from my glasses. And we’re going to do a ritual, I’m going to light a fire and people are going to be able to make their wishes.”the media said about the company launching on Friday the 13th, and for this weekend, to celebrate, there will also be a bar with drinks.

at the price of 6,000 pesos per person, There are already several tables reserved, the godmother of the place will be neither more nor less than Graciela Alfano and although most of the things will be done by Guido, he will have a kitchen assistant and a friend who will act as receptionist. The big day is in two weeks, but he has been practicing the recipes for a long time already and has made a big investment to buy dishes and cooking utensils.