Skip to content
Francisco Linder is the son of Carolina Giménez Aubert and the nephew of Susana Giménez (Photo: Instagram)

On April 14, Francisco Linder, nephew of Susana Giménez, was the victim of a serious traffic accident in Uruguay. The 13-year-old was traveling in a van with his grandparents, Maria Costa and Tomas Linder, died instantly after hitting a truck in Soca, Uruguay.

Francisco is the son of María Carolina Giménez Aubert, the younger sister of the diva. After the accident, the little boy was rushed to a Pando Medical Group assistance center and then transferred to British Hospital. Since then, the Uruguayan press has decided not to publish the medical reports and on the part of the family there was also secrecy and they are not trying to talk to the family, to reserve the moment. Susana, who has a special affection for Paquito, didn’t even speak either.

The first to give details of the evolution of the adolescent has been Patrick Gimenezwho earlier this week dedicated a moving message to his nephew. “Go pigeon!”, posted on his Instagram account with an image in which we see him with his nephew on the beach. In addition, a few hours later, he reposted the snapshot in a story to which he added a message: “I love you Paco”. Asked how your family member is doing, Giménez responded to Teleshow with a brief message: “Evolving. Thank you for your prayers and energy.

“We wanted to tell you that we are very happy. They asked us a lot and they gave us a lot of love, especially my sister and Paquito“said the singer before apologizing for not having responded individually to the number of messages of encouragement he has received in recent days. So he took the opportunity to do so:Paco is recovering very well, thank you for the prayers, meditations, reikis and energies. They arrived. Thank you“, hill. 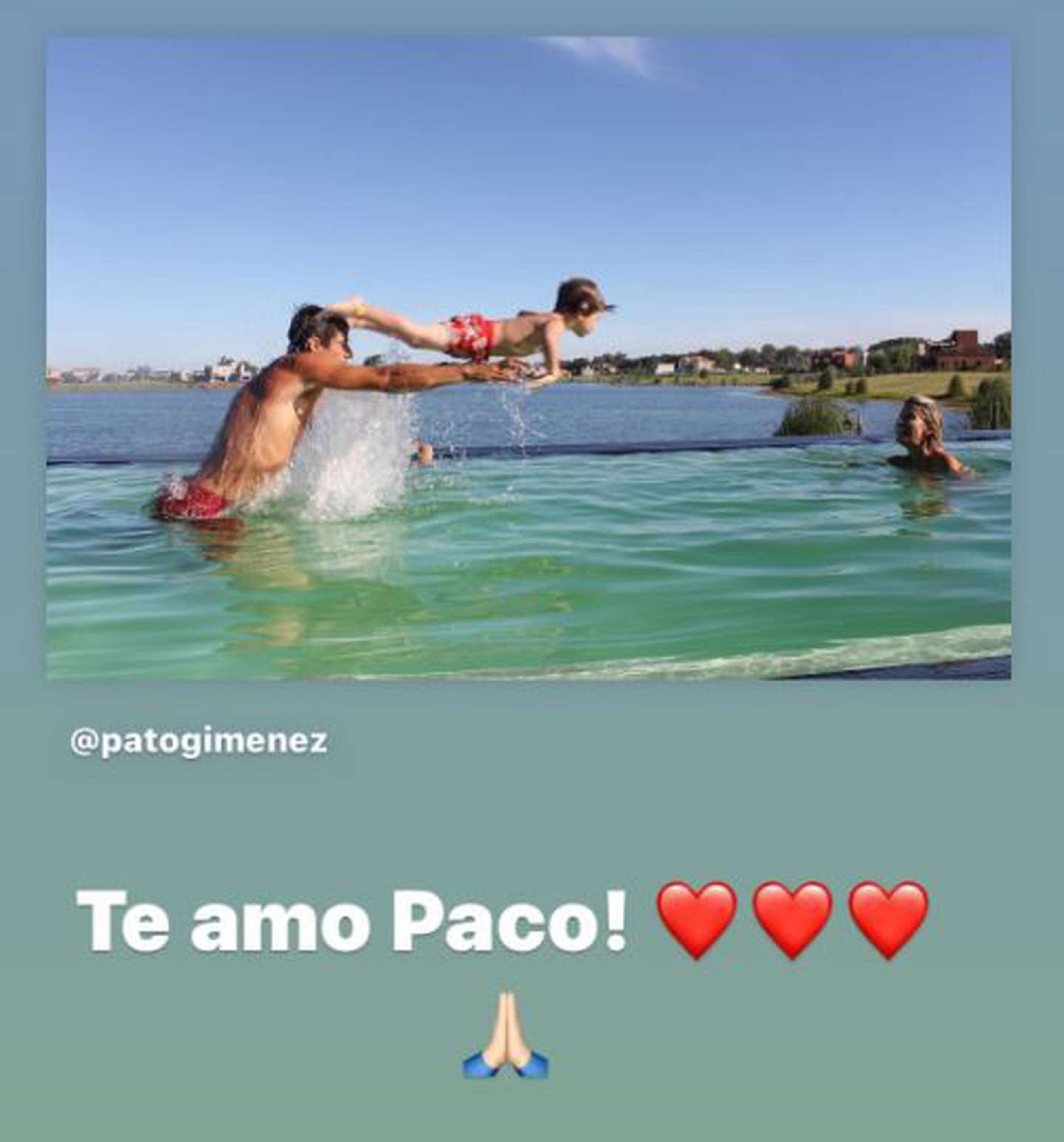 Message from Patricio Giménez to his nephew Paco (Instagram)

Carolina and Susana Giménez Aubert – daughters of Augusto Giménez Aubert – maintain close ties. However, and unlike her brother Patricio Giménez, who is pursuing his own career as a singer, the 43-year-old corporate communications expert has always kept a lower profile and life without glamour. This is why their presence on the beaches of Punta del Este usually goes unnoticed. However, the diva’s younger sister was photographed by the paparazzi out for a walk in Punta del Este, Uruguay last season with her partner Diego Mejuto and 3-year-old daughter Guadalupe.

Following Augusto Giménez Aubert’s second marriage to psychologist Cristina Frank, Carolina separated from her partner when Paquito was two years old. This is because – according to what she has said on several occasions – she feels “very identified” with Susana: being a small Mecha, and she was very young, the driver had to start working without the help of anyone , in front of raising her daughter practically alone. “We have children, frustrated marriages and similar life experiences,” drew a parallel with the businesswoman. 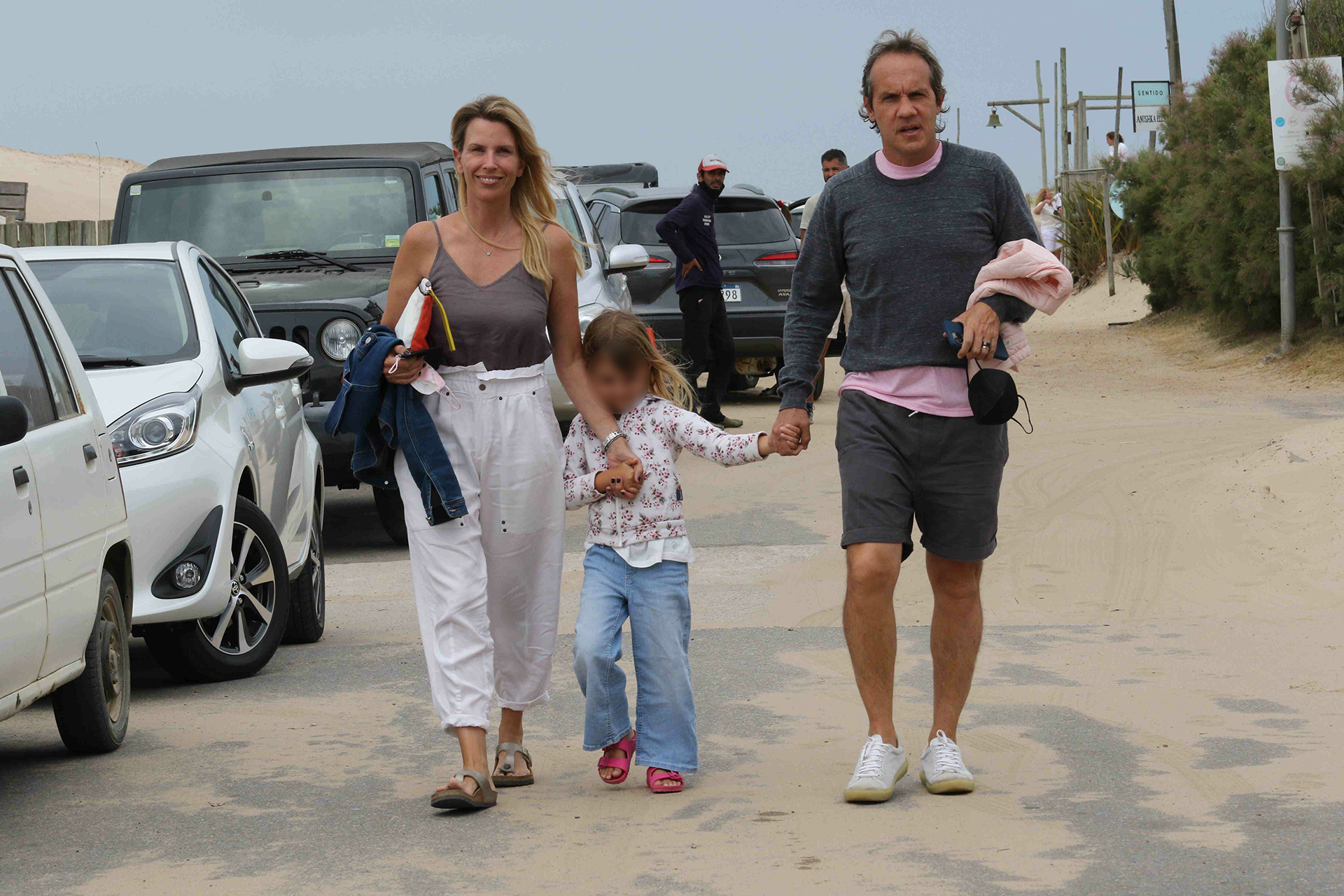 In her case, the former communication student at UADE and architecture at UBA returned from Montevideo (where she lived with her ex-husband) and devoted herself entirely to corporate communication (she his own consulting firm, Giménez Aubert & Asociados), dividing his time with the education of his child. But these beginnings in Buenos Aires were “hard”.

Shortly after, he returned to form a couple, and almost immediately formalized the affair: in December 2015, he married the businessman. Diego Mejuto, at a party attended by the bride’s older sister, of course. And in May 2017, Guadalupe arrived, whose birth Susana celebrated by giving her a stuffed elephant and a box of chocolates.