Skip to content
Guzmán, at the recent spring meeting of the IMF and the World Bank. On his left, Gita Gopinath and Kristalina Georgieva, the numbers one and two of the Monetary Fund

In just three months, what’s a deal Light or to fend for themselves until the elections become impossible to carry out. now him Staff of the IMF and the economic team will have to define the way forward: whether to ask for a series of waiversor derogations, to continue to collect the disbursements or a modification is directly arranged on the state of progress of the needs initially identified. The worst scenario – for the Fund and for the Government – would be to drop it and condemn the country to a new default.

Although the formal review has yet to begin, as of May 10, it is already an open secret that the reduction of the budget deficit to 2.5% will not be achieved. With luck, last year’s 3% could be repeated. Besidesbegan the first signs that the monetary issue to finance the Treasury will not decrease either as expected in the objectives assumed before the Fund.

The same will apply to the net reserves objective. There is an annual accumulation commitment of nearly $6 trillion, but like the rest of the requirements, it must be completed on a quarterly basis. For example, in the next two months, Central is expected to buy $2.3 trillion. But in the first four months of the year, he barely managed to raise around $100 million with foreign exchange market interventions. Even a soybean above 600 USD is not enough today to achieve this goal.

The agreement started old in January and today it is a dead letter. The inflation projection was also completely exceeded. A ceiling of 48% had been stipulated, but it will be higher by at least 15 points. It could be more, since a level closer to 70% is now estimated for the whole of 2022. Just as Martín Guzmán has done in recent years, the IMF notably underestimated the acceleration in prices, which today puts Argentina even above Venezuela.

The “heart” of the arrangement with the Fund was precisely to order the budgetary and financial variables to favor a fall in inflation. But it takes a lot of discipline and time, and neither is available to a government beleaguered by inmates and social deterioration. 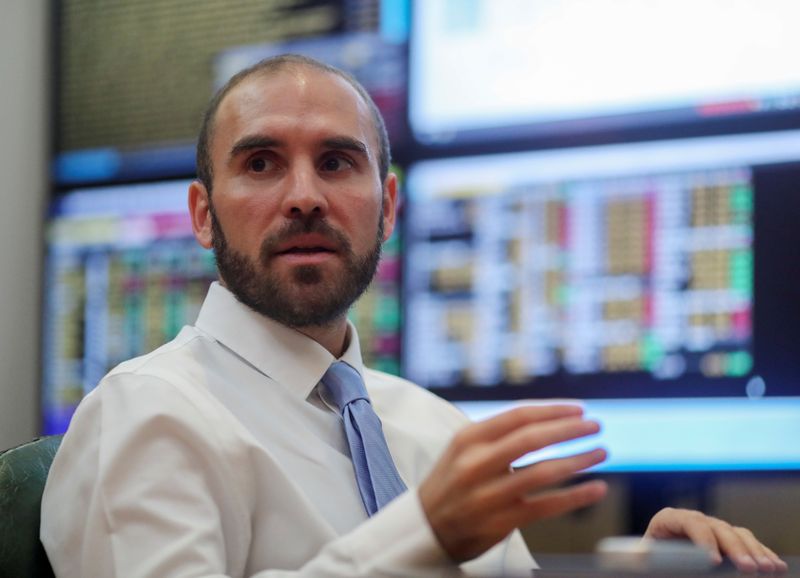 In April, for the first time since private debt restructuring, the Treasury was unable to refinance all maturities REUTERS/Agustin Marcarian

There also started to be “noise” with the monetary target. The Treasury got a good “cushion” in the first quarter of the year, but in April it was unable to renew all the maturities in local currency. Since it will not be able to obtain more fresh money, it will depend more and more on the help of the Central Bank. Calculations by private economists estimate that reducing emissions to 1% of GDP is unachievable (this is the “target” for this year) and that it could in fact exceed 2%.

The objectives of reducing the budget deficit and issuing money go hand in hand. Last month it became clear that neither will be respected and that there could be a change in the letter of the agreement so as not to drag out one violation after another, which would be difficult to justify. before the agency’s board of directors.

“April is the first month since the 2020 debt restructuring in which the Treasury fails to renew maturities for a significant amount,” according to a report by Asset management advice. The report adds another dimension by assessing the consequences of problems obtaining new money: “It will be increasingly difficult to place peso debt maturing beyond 2023 without a broad political agreement that reduces the risk of reprofiling.

The arrangement fulfilled the objective of avoiding an exchange rate spillover. The various financial dollars are today still below end-2021 levels, despite the fact that cumulative inflation has exceeded 20%. However, something similar happened to the arrangement with the bondholders, as it failed to improve expectations.

Country risk is still above 1,700 basis points and there is no indication that it will improve, at least in the rest of the Alberto Fernandez. Bonds have fallen back below the 30 mark. In December 2023, it will be more than five years without access to the financial markets.

As for private creditors

Ultimately, the IMF deal ended similarly to the debt renegotiation that Guzmán did in 2020. It was financial relief that cleared the short-term horizon, but it failed to channel expectations nor reduce the strong mistrust of the markets.

Argentina is not only a serial defaulter, it is also a serial defaulter. In general, this type of agreement with the Fund gradually deteriorated until the suspension of disbursements. What is unusual is that everything happens so quickly.

The agreement with the IMF had the same effect as the debt agreement with private investors in 2020. It eliminated the ghosts that haunted the economy and cleared the short-term horizon for the government. However, it failed to overturn negative investor expectations at all.

The effects of the war between Russia and Ukraine will serve as justification. On the one hand, because soaring food prices will add several points to inflation in 2022. In return, the rise in energy prices does not only affect prices, as in the whole world; in the local case, it also has a direct effect on the accounts and the budgetary reserves. 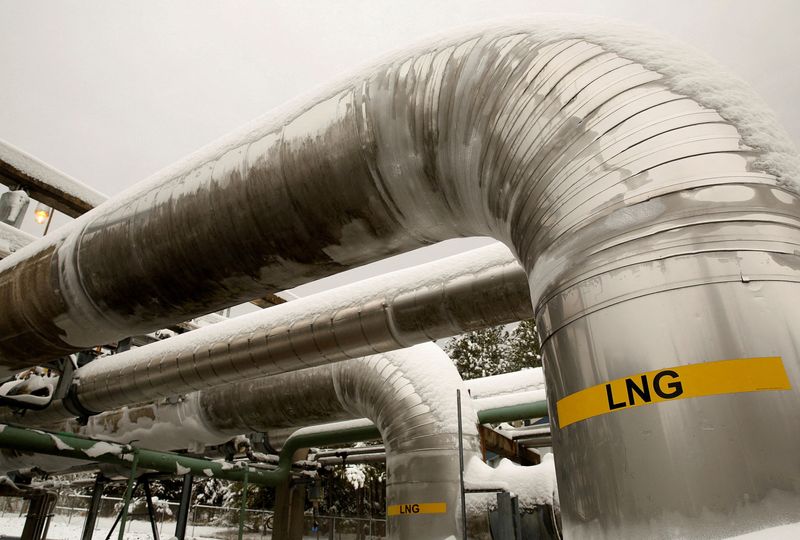 A Liquefied Natural Gas station. As a result of the war, its price rose sharply. This will be one of the justifications for reviewing the agreement REUTERS / Gary Cameron

The need to use more dollars to buy energy is a strong condition for winter. This is why the difficulties for imports will persist or could even worsen in the months to come. Complaints from industrial sectors that cannot obtain supplies are mounting, despite the fact that the Centrale unblocked imports for more than 7 billion dollars in March, a record figure, which would be repeated in April.

Although the import tap has been opened more in recent months, rising dollar prices and rising freight costs are causing several sectors to struggle to source supplies. This is why it does not reach the pattern established by the Centrale, consisting in authorizing sales for the same dollar value as last year plus an additional maximum of 5%.

The exchange rate difference does the rest. Exporters take as long as possible to sell while waiting for a better official dollar quotation. And importers seek to collect as accurately as possible to quickly apply weights. Determining from the BCRA or AFIP what is really essential to productive activity and what enters by mere speculative hedging is an impossible task.

The possibility of a pre-election rally is for the moment very remote. The polls do not specify that the Frente de Todos has no chance for 2023, as Cristina Kirchner manages to maintain her historic low in votes despite the strong economic and social deterioration

Thus, Argentina is heading towards a winter that will be largely marked by shortages. Although the government denies that there are plans to cut off supply to the industrial sector, companies started with “preventive” price increases, given the risk of having to stop production due to lack of energy in the coming months.

Where are the dollars?

Currencies will also be absent. The Central Bank has two months left to accumulate dollars during the liquidation of the thick harvest and to face the second half of the year with a little more margin. This does not seem like an easy task, considering that it has not been achieved so far, even with a faster rise in the official exchange rate. 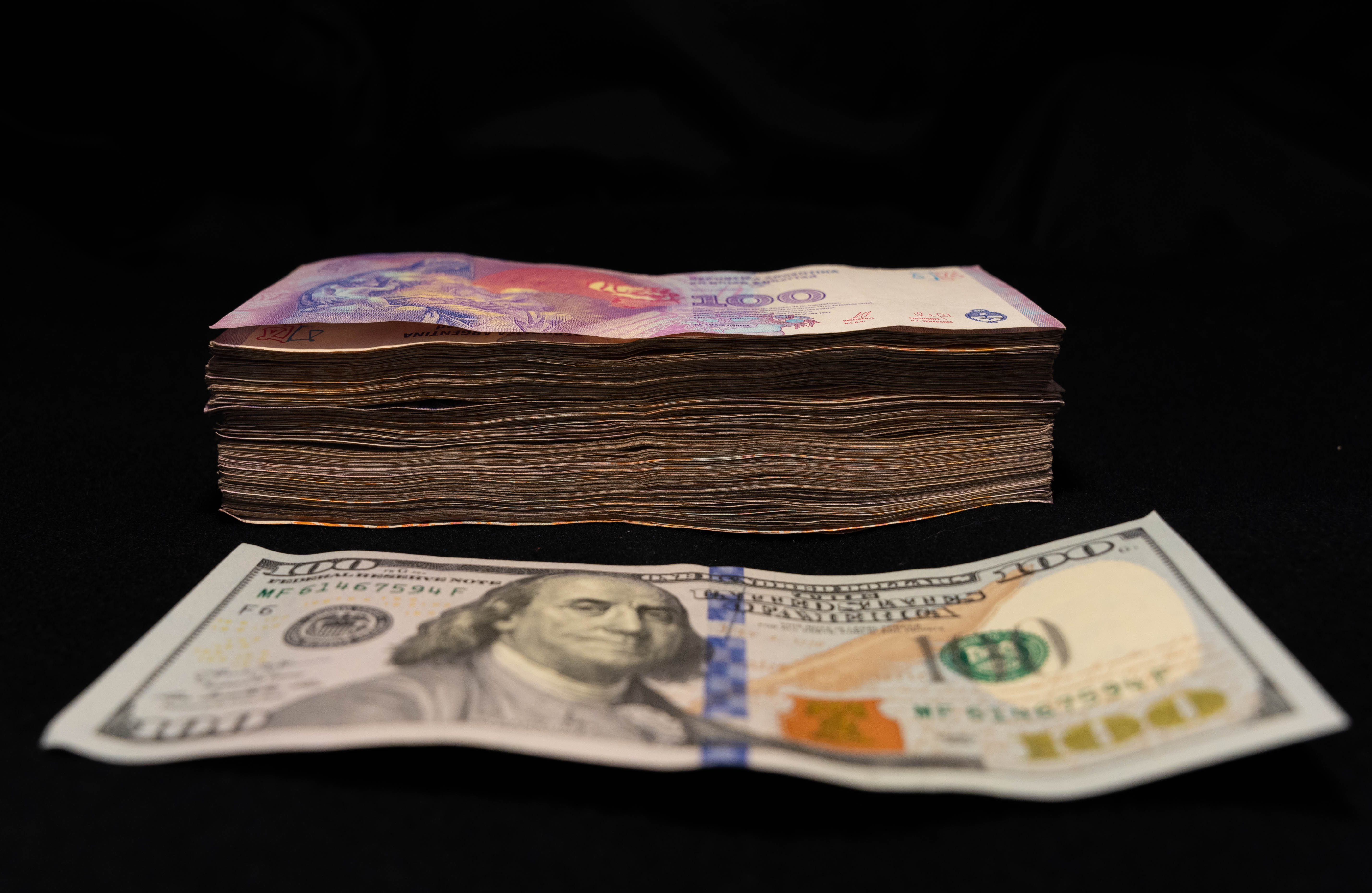 The shortage will also be of income. The latest Synopsis opinion poll showed that 76% of All Front voters consider inflation to be the country’s main problem today.. The data reveals how rising prices hit mostly the lower strata of society, which constitute the government’s main support base.

With a scenario ahead of a lot of mediocrity, high inflation and a relapse in economic activity, It is to be expected that the attacks of hardline Kirchnerism against Martín Guzmán will continue.The intention is not even to fire him, despite his poor results, but to quickly differentiate himself from the official management and arrive in the best possible position by 2023.

It remains to be seen whether Cristina Kirchner will obtain this divorce from a president and a minister of the Economy that she herself chose.but at least it avoided the sharp fall in image that Alberto Fernández and his management suffer today.

For the moment, Investors are unwilling to accept any story of change in Argentina – read yet another electoral defeat for Kirchnerism – until it happens. They’ve been burned too many times to be wrong again.