Federal Judge Sebastian Casanello rejected Vice President Cristina Kirchner’s request for dismissal in the case known as “The road to money K”for which they were convicted the businessman from Santa Cruz Lazarus Baez and his sons. Like the prosecutor Guillermo Marijuán, Casanello argued that there are several test measures pending to determine if the former president participated in the money laundering scheme.

In this case, the former president has a lack of merit dictated by judge Casanellowho had summoned her for an investigative statement at the request of the Federal Chamber in 2018, when the former head of state at the time marched in Comodoro Py.

In mid-September last year, Chamber II of the Federal Chamber ordered the judge to define the procedural situation from Cristina Kirchner, Juan Pedro Damiani Hat (former president of Peñarol of Uruguay), and Antoine Demarco, an intermediary in the purchase in the countryside the interlude. Since then, only the procedural situation of Demarco has been resolved, which was rejected by the Federal Court.

At the end of last year, Judge Sebastián Casanello ordered several measures of proof in the case which is still at the investigation stage. Among other things, he asked his peer Julián Ercolini to send him all the information related to the exchange of calls added to the Cuadernos case. Oral Federal Criminal Court 1 (TOF 1) also requested a copy of an expert report made on the cell phone of former Public Works Secretary José López, which allegedly included the numbers used by Báez.

Although several of these measures are still in progress, the vice president’s defense asked two weeks ago that everything pending be canceled and that the case be dismissed, alluding to the guarantee of be tried within a reasonable time.

As a few months ago, the complaints from the AFIP and the FIU were in favor of closing the investigation phase. 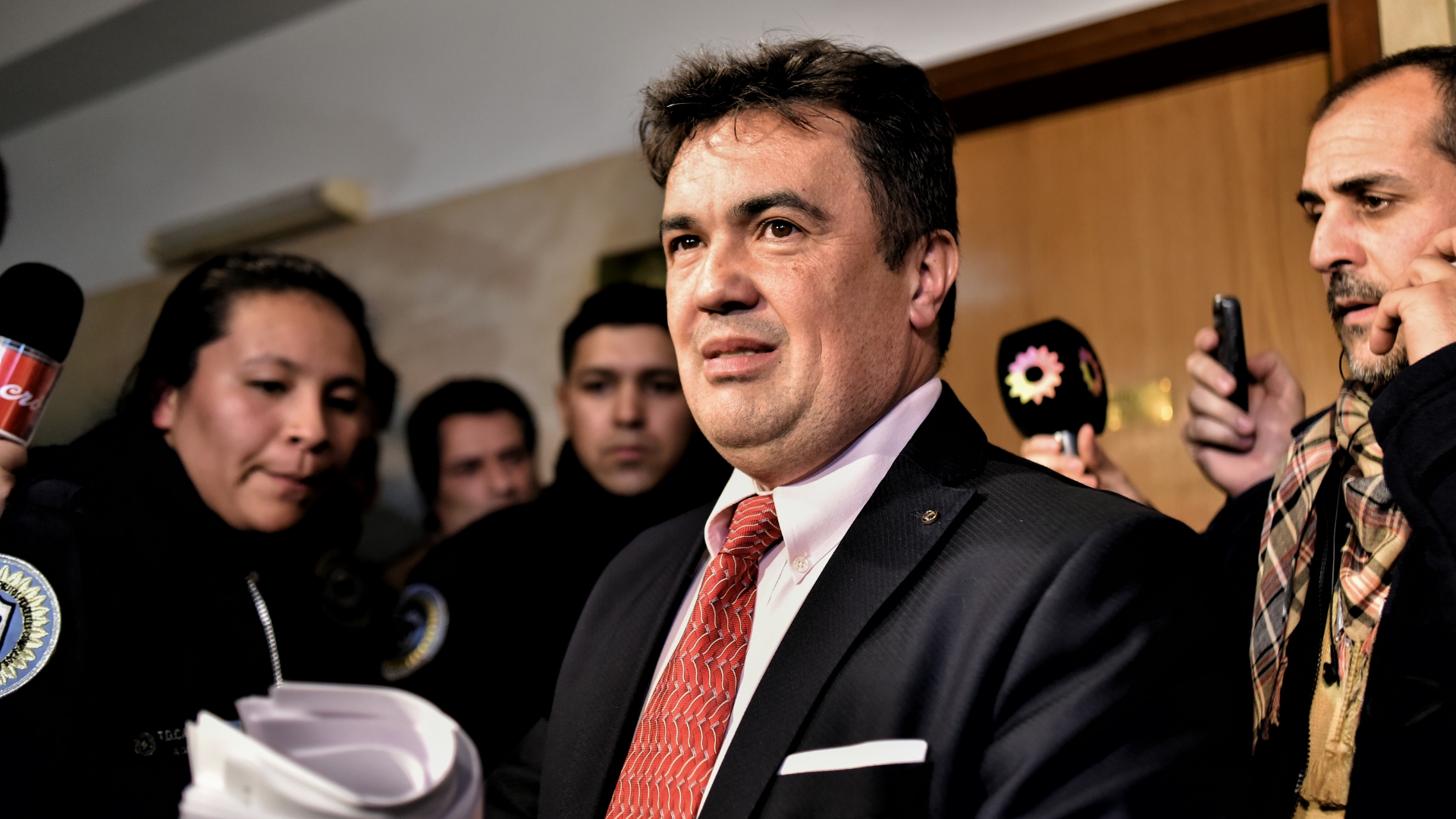 But Prosecutor Marijuán opposed the dismissal and strongly questioned the role of complaints. “This party cannot fail to point out the behavior adopted by the plaintiffs, since they understand that they have no evidence to suggest and that, therefore, VS is able to resolve the procedural situation of Cristina Fernández de Kirchner in whatever manner he deems appropriate. , a circumstance that involves, in effect, the inexcusable abandonment of their actions as accusers in this process,” he said.

In this sense, he recalled that It was the CRF that proposed an exchange of calls between the telephone lines corresponding to Lázaro Antonio Báez and the former secretaries of Cristina Kirchner.

This crossing is not yet finished. as much as he could tell infobae, there are delays in identifying the phones of several of the protagonists. Once this study is completed, the data must be cross-referenced with other important dates for the development of the research, such as meetings of The little finger count money. 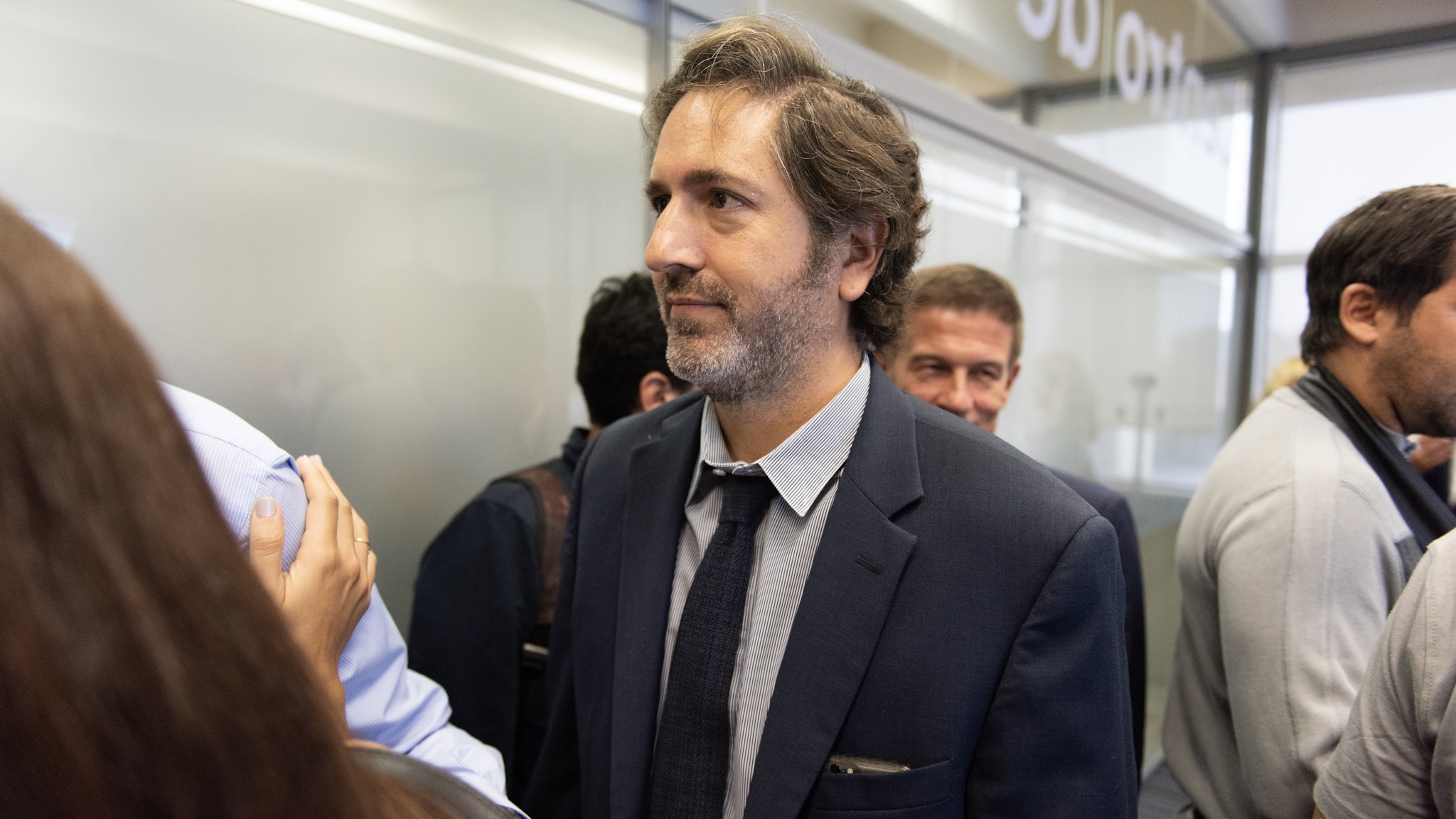 Sebastián Casanello at the Ministry of Justice event. (Adrien Scandar)

At the time of the resolution, Casanello supported the prosecutor’s position. “First of all, it should be clarified that in due time, all the prosecutions proposed by the prosecutor in his opinion of October 21, 2021 have been ordered (the defense is wrong on this point). Its results have been gradually integrated into these procedures, the telephone exchange being prepared and in full exchange between the countries concerning the request for international assistance. Second, the time taken by the prosecutor to rule does not carry a sanction of nullity: the code envisages imposing time limits and there is no excessive delay in responding,” said Casanello.

And I add:I do not consider it correct, as Director of Public Prosecutions, to mutilate the avenues of investigation opened. If they were considered useful and relevant at the time, there is no valid reason to review today – by the simple passage of time – this criterion. Therefore, I will insist and wait for their results.

However, the judge asked to accelerate the measures in progress. Concretely, he asked the general secretariat of the presidency to identify a series of telephone numbers of close friends of the president at the time; to telephone service companies that report whether, in the period from October 2010 to April 2013, Cristina Fernández de Kirchner recorded lines in her name; and to the Federal Intelligence Agency (AFI) whether it assigned “the former president and/or his top aides/private secretaries telephone numbers during the relevant period.”

There is also an international chapter pending. The judge wants to know if Cristina Kirchner was aware of the maneuvers attributed to Lázaro Báez and his entourage based on the statements of the repentant Leonardo Fariña, who at the trial recounted a conversation with the businessman in the offices of the Carabelas passage . According to this anecdote, Cristina Kirchner had asked (Báez) “If he took money overseas because the US embassy told him to.”

“With regard to the process of collaboration between countries, in which additional information is required, its relevance is not minor, since it refers to the knowledge or ignorance that Cristina Fernández de Kirchner may have regarding the money laundering operations attributed to Lázaro Báez and his environment“Casanello said now.

All of this happens in a residual part of the case that is still under investigation. During the oral test, Lázaro Baéz was sentenced at the end of February to 12 years in prison. His four children, his former accountant Daniel Pérez Gadín, lawyer Jorge Chueco, Fabián Rossi, among others, were also sentenced. All convictions are appealed to Chamber IV of the Chamber of Cassation.

Cristina Kirchner redoubles her attack on the Supreme Court and generates a new crack inside the Front of All
Jujuy approved the law on the integrity of criminal records: convinced politicians will not be able to stand for election