Skip to content
The singer’s lawyer, Alejandro Cipolla, has confirmed that he has received the legal document which prohibits him from approaching the young man for 30 days

On Friday they announced show partners (The Thirteen) that L-Ghent has received notification from a perimeter restriction after a fan reported it in court and assured that he had been physically assaulted by the singer. In dialogue with TV show, Alexander Cipollathe ‘Cumbia 420’ creator’s attorney confirmed the precautionary measure and shared what the artist’s reaction was when he saw the resolution.

“The prohibition and restriction of the approach of Elian Angel Valenzuelawhich in turn must refrain from any act of intimidation, harassment or disturbance regarding Lautaro Ruiz Duarte and his cohabiting family group, setting for this purpose a perimeter of 700 meters for a period of 30 days”, reads the document that they showed in the cycle directed by Adrián Pallares and Rodrigo Lussich.

Pallares, for his part, said:For me, there is a kind of constant prejudice with him, whatever happens, he points it out to him, but here there is a court order. I don’t think he intends to approach either, but the victim who claims to have suffered a beating. Consulted in this way, the lawyer representing L-Gand, expressed: “A precautionary measure has been taken, a ban on approach, which I understand That’s way over the top in a case that hasn’t even been investigated and another person has been reported”.

“L-Ghent was indirectly denounced, and I think it was so that he had media strength, but hey, I understand that the judge of guarantees and the prosecutor of Moreno are very confused because L-Gante can get close to a person who does not even know or does not know where he lives“, he condemned bluntly, in addition to ensuring that the singer does not know who the person who reported him is.

Last February, the 22-year-old singer had already faced a charge in General Rodríguez’s Instruction No. 10 tax unit, labeled for abuse of arms and threats. For this reason, he was summoned for questioning and arrived at the courthouse accompanied by a entourage of 15 people and a Once inside the court building, he refused to testify. His girlfriend, Tamara Baez also preferred silence, despite being accused of the same act but accused of minor injuries. The singer was close to a hour before the prosecutor. At that time it was read charge and he was given the opportunity to defend himself but only expressed his wish not to speak.

The fact investigated at this time would have occurred at the beginning of February when the artist was informed that a neighbor named Brian Aruchari he would have liked to enter his house to rob him. In theory, according to the version reached the ears of L-Gand, this person allegedly jumped from the roofs with the intention of entering the property. It is the house, in the neighborhood of the bicentenary of General Rodríguez, which he remodeled over the past four months. 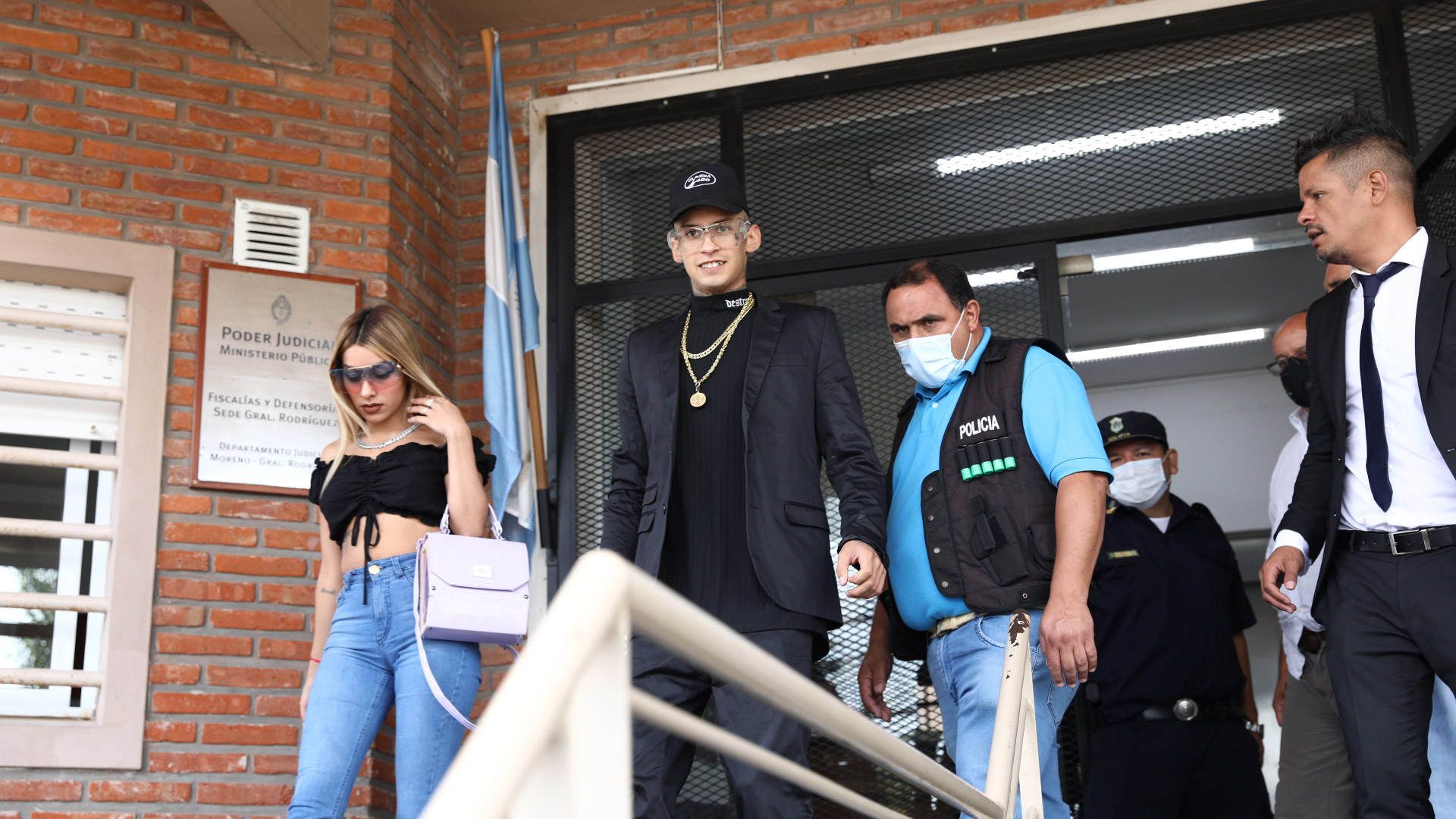 Due to the fact that it had been raided and the police found a toy gun. “A child’s weapon,” Cipolla had said. And the musician added: “I only say things that happen. Everyone has it if you live in a neighborhood you can argue with a neighbor. You can see weapons, I’m not saying you have them, but they are, they are in the world”. And consulted on the versions that the musician had drawn, the lawyer again replied: “It’s all a lie.”

“They want to take advantage of me. There are people who promote it, because maybe they are opposed to me or someone bigger and they confuse too. But as I just said, the reason and the why is that the movement is important and they want to smear a child. It’s fine for me now, but I remember how hard it was for me, that is, adding a hundred pesos a day. But let them say it as they want, these are people who act around me, who want to hurt me,” the singer said at the time.