Skip to content
Saturn rises from behind the moon

All the planets that make up our solar system have unique characteristics that set them apart, but Saturn stands out thanks to the iconic and elegant rings that surround it. However, although it is difficult to imagine, this feature will not last forever and is disappear right now, according to NASA scientists.

Astronomers have warned that these majestic structures around the planet, mostly made up of chunks of ice of varying sizes, won’t stay there forever. In fact, Saturn is likely to become a gas giant closer to Jupiter in the future.

It happens that these rings they lose material every year to micro-meteorites and radiation from the Sun, as an article in “The Atlantic” explains. The two components electrify the dusty pieces of the rings. Then these transformed particles tune into the magnetic field lines of the planet and begin to spiral. When they get too close to the top of their atmosphere, gravity pulls them in and they vaporize. Astronomers call this phenomenon “circular rain”.

According to NASA, there would be between 500 and 1,000 rings over a width of 400,000 kilometers, the equivalent of the distance between the Earth and the Moon. (NASA/JPL-Caltech/Space Science Institute/Handout via REUTERS)

Why do Saturn’s rings disappear?

The first time that humans really approached Saturn’s rings – observed in 1610 by Galileo – was with the NASA’s Voyager space probe in the 1980s. Thanks to their observations, it was discovered that the rings were between 10 and 100 million years old. This was supported by NASA’s Cassini mission, which orbited Saturn.

The disappearance of the rings is hardly news to experts, as in the 1980s Voyager space probes first recorded the slow disappearance of Saturn’s rings. During their travels, the ships detected variations in the density of the rings, so the scientists interpreted that leaks of the material they contained were occurring. To understand what’s going on with Saturn, let’s start at the beginning. According to NASA, there are between 500 and 1,000 rings over a width of 400,000 kilometers., or the equivalent of the distance between the Earth and the Moon. Saturn’s rings are made up of particles, in some cases the size of a bus, and are balls of ice or ice-covered rocks.

These rings are held in this position because they orbit Saturn, just as any natural satellite would orbit a planet. The icy rocks inside the rings do not fall to the surface of the planet like any other meteorite or stardust, because they are in perfect balance between the force of gravity and the centrifugal force. The force of gravity causes particles to fall towards the surface of the planet. But at the same time, centrifugal force pulls rocks and other particles into space. This way, particles and rocks that are at a point of balance between the two forces neither approach nor move away from the planet. They just stay balanced around their orbit.

However, scientists have discovered that currently, the rings are pulled to the planet by the giant’s gravity and disappear as a rain of dusty ice. Even experts point out that the flow of water generated by the rings to the planet is enough to fill an Olympic swimming pool in just 30 minutes. This phenomenon is already known as rain of rings 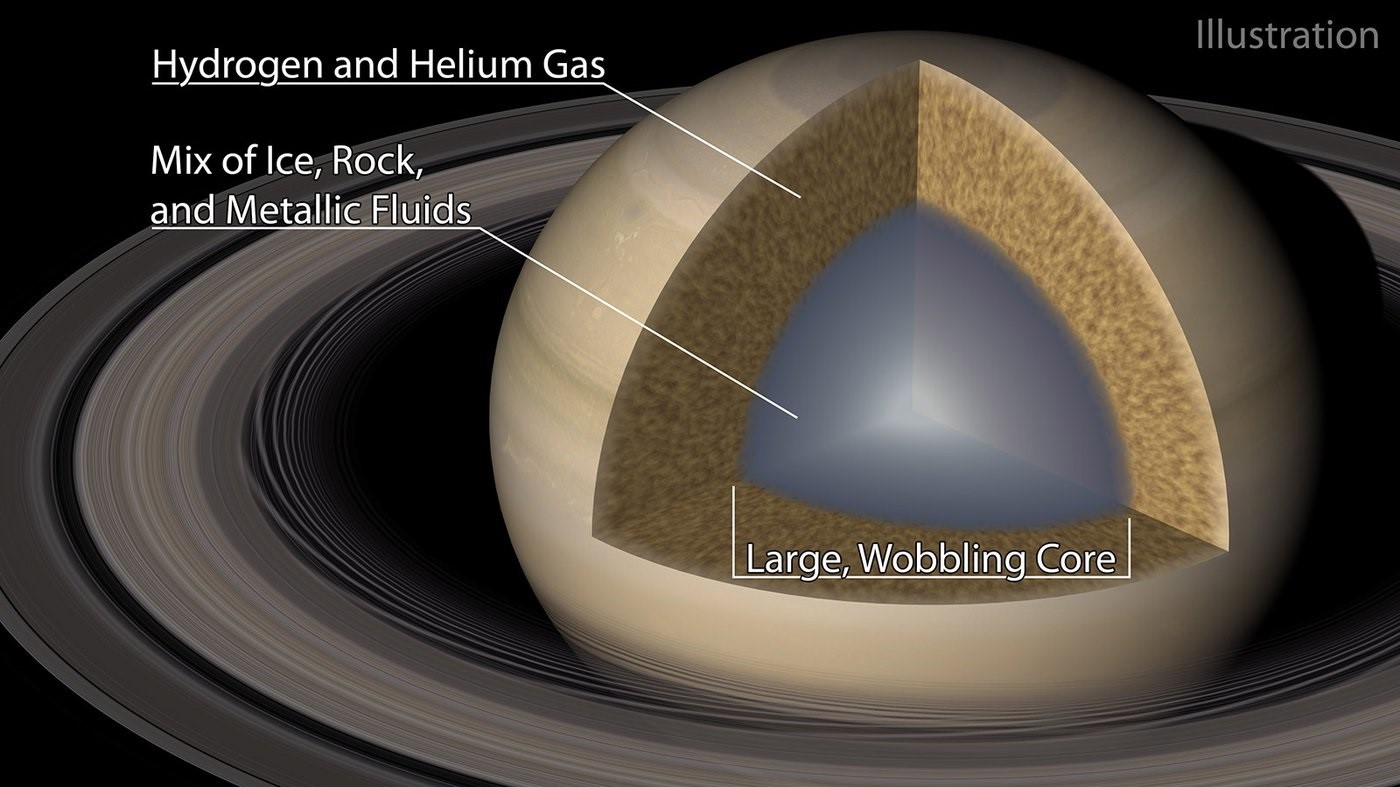 An illustration of Saturn and its “fuzzy” core (CALTECH/R. HURT (IPAC))

When will Saturn run out of its main feature?

The sixth planet in the solar system is approximately over 4,000 million years old and scientists believed the rings originated with the planet; however, it appears that was not the case. Voyager observations revealed that the system was not as massive as the researchers had predicted, meaning it could not be billions of years old. In fact, the rings must have been much younger, perhaps only 10 to 100 million years old.

According to NASA researchers, Saturn’s rings will disappear and the planet will look again as it must have looked when dinosaurs began inhabiting planet Earth; however, this will occur in at least 300 million more years. Humanity therefore still has time to study them. 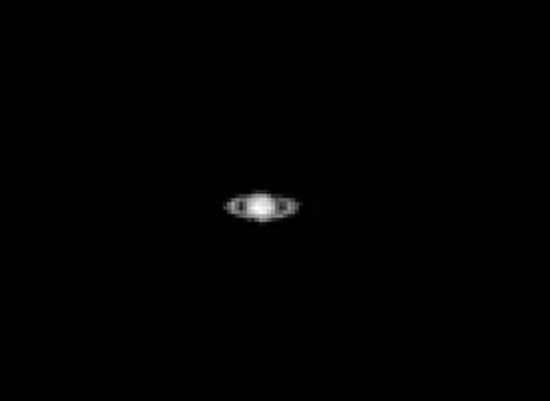 Koet writes in a youtube post that the video was taken on May 22, 2007. “The video was made by an 18cm Astro Physics 180EDT, a Meade 5000 3x Barlow and a ToUcam2”, explained the scientist. He added that the post-processing was done “to push Saturn’s brightness low to match that of the Moon.”