From early January Paulo Londra has a legal dispute with Rocío Moreno, mother of his two daughters: Isabella, who will be two years old in July, and Francesca, who is two months old. The young woman from Cordoba spoke about it several timesbut this time it was the singer’s ex-mother who broke the silence in dialogue with intruders (America). Marina Romero expressed outrage at some of the musician’s attitudes and their environment during the hearing they had on Tuesday in a second attempt to reach an agreement.

Rocío and Paulo were together for six years, but shortly before the birth of their second daughter, they faced a deep crisis. which resulted in a lawsuit. The former companion of the artist has initiated a file requesting financial compensation, for having accompanied him in his career, delegating his own to him, and last Tuesday they met face to face with their respective lawyers in the Family Court of Cordoba. In this sense, the panelist Pablo Layus He told the cycle animated by Flor de la V that some sayings of this meeting had transcended.

“I don’t even know how to say it, I’ll try to translate it with the right words. Londra or his entourage reportedly told Rocío: ‘Two nights of fun is not a family project’”Layus revealed. And he added: “Another sentence would be: “Raising girls is nothing, it’s a lot more going to work every day”, as harming her work as a mother”. After hearing the information, Rocío’s mother clarified that she could not provide information on the content of the hearing until the next step was resolved on May 10, but she responded to the rest. questions and talked about everything in the program.

Paulo Londra and Rocío Moreno with their eldest daughter, Isabella, when they were still together

“When she asks for the house, Rocío tries to guarantee a roof for her daughters. The only thing these creatures will receive is what Rocío can assure them today“, he said at the beginning. “Tomorrow I hope the father is doing great and the daughters can have a standard of living according to the level of the father, but if in the future they find that nothing belongs to the father as they say, then at least they have their house”, he explained, referring to the version which indicates that the lawyer Anne Rosenfeld I would have found him accounts abroad that he does not declare before the Justice.

“Listening to these phrases is misogynistic and boring because we are talking about boys who have been dating since 2015. They were going to eat at the mall with a 2×1, they showed their life on social networks, they traveled together, my daughter accompanied him to record music videos; so we can’t pretend that they had a family project”, he attacked. And he also insisted on the crucial point of Rocío’s request: “Your obligation as a father is to ensure the welfare and care of your daughters..

Besides assured that Londra has virtually no contact with her youngest daughter, and provided details of the organization of the visiting regime: “They agreed that he would pick up Isabelle three times a week, sometimes he would pick them up less and sometimes more, depending on whether he was traveling or not; but with the subject of Isabella, while she is here in Cordoba, he looks for her every other day, but with Francisca, the last time he saw her was when they went to get her DNI , which was at the end of February, that is, He’s seen her three times and he’s not asking for pictures of the baby either.”. 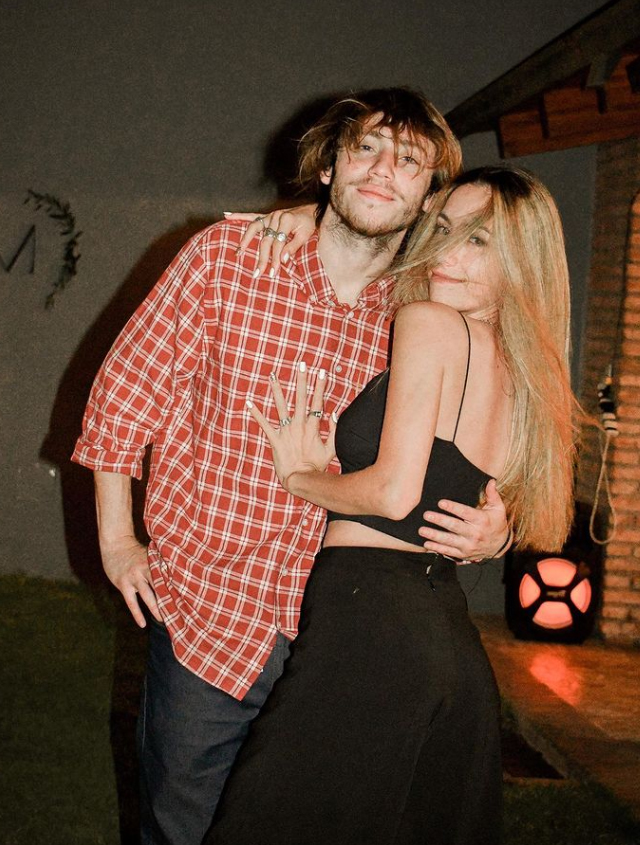 Paulo Londra and Rocío Moreno were in a relationship for six years, since their adolescence, and are parents of two daughters

“Francesca is so beautiful, she smiles, if only he could see her eyes, smell her smell and know her, maybe I would have the opportunity to be able to love him and feel something different”, he lamented the absence of the father-daughter bond. “Nothing surprises us anymore, we realized since the birth of the second baby from the abuse, that she was leaving, that the nights were not to be shared with the family, going out every time with friends, sleeping all day; mYour daughter suddenly met Paulo, he was in a cabin with five male and female friends, and she couldn’t take it anymore“, he condemned.

The singer’s former mother-in-law even confirmed that the young He confessed his infidelity with the Spanish Lyna Bekkichewent viral on the networks when cShe found out she was forced by those around Londra to terminate a recent pregnancy. “Rocio finds out, because that same day everything exploded on Twitter, so he confesses to her that he was unfaithful to her, he also confesses it to us, and there they had a big crisis, he told her that everything was true; youEverything that girl said was true but I know it from him“, he detailed.

“For us he was one more son because he grew up at home, I would like him to continue to succeed, he is the father of my little girls and if he is well the girls will be well and the family too; but they’re fighting for crumbs because if you start thinking about the numbers they’re handling…they’re not teachers like me,” he concluded when panelists agreed that “that would be a game changer. “for the artist to respond financially to the request of his ex-partner.