Skip to content
The program signed with the agency only once names poverty among the objectives of economic policy, but does not specify either the deadlines or the methods for reducing it.

Poverty occupies a very lateral place in the economic policy agreement concluded between the national government and the International Monetary Fund. The roadmap agreed with the agency, unlike other quantifiable objectives such as the deficit, the accumulation of reserves or the monetary question, does not have in its fine print a quantifiable objective in terms of social indicators. Indec reported on Wednesday that by the end of 2021 37.3% of the population lived below the poverty line.

The word “poverty” even appears only very rarely in the memorandum of economic policy signed between Buenos Aires and Washington. It can only be read seven times, although out of that total Only 1 is related to forward management prospects. In the rest of the cases, it is enough to quote statistics or to contextualize the framework in which the refinancing of the loan was negotiated.

The only time poverty is addressed in the agreement is in the state spending segment, where it specifies what will be the priorities of the public sector. In addition to first mentioning the question of subsidies, capital expenditure and other current expenditure, he points the finger at “social assistance”.

The word “poverty” appears only seven times in the agreement with the IMF, although of that total only one is related to management prospects for the future. In the rest of the cases, only to quote statistics or to contextualize the framework in which the refinancing of the credit was negotiated

In this sense, he assures that the Government will continue “strengthening our social assistance mechanisms to best serve the most needy people, and we will focus on tackling child poverty and redirecting aid to foster labor market inclusion, particularly for women and low-skilled or under-skilled workers”.

In this regard, he mentions that the commitment of the executive will be to maintain a social spending floor for a set of priority assistance programs, among which he lists the Universal child allowance for social protection, Food Card and Progresar grants. It also guarantees that there will be “an increase in coverage if social conditions deteriorate”. 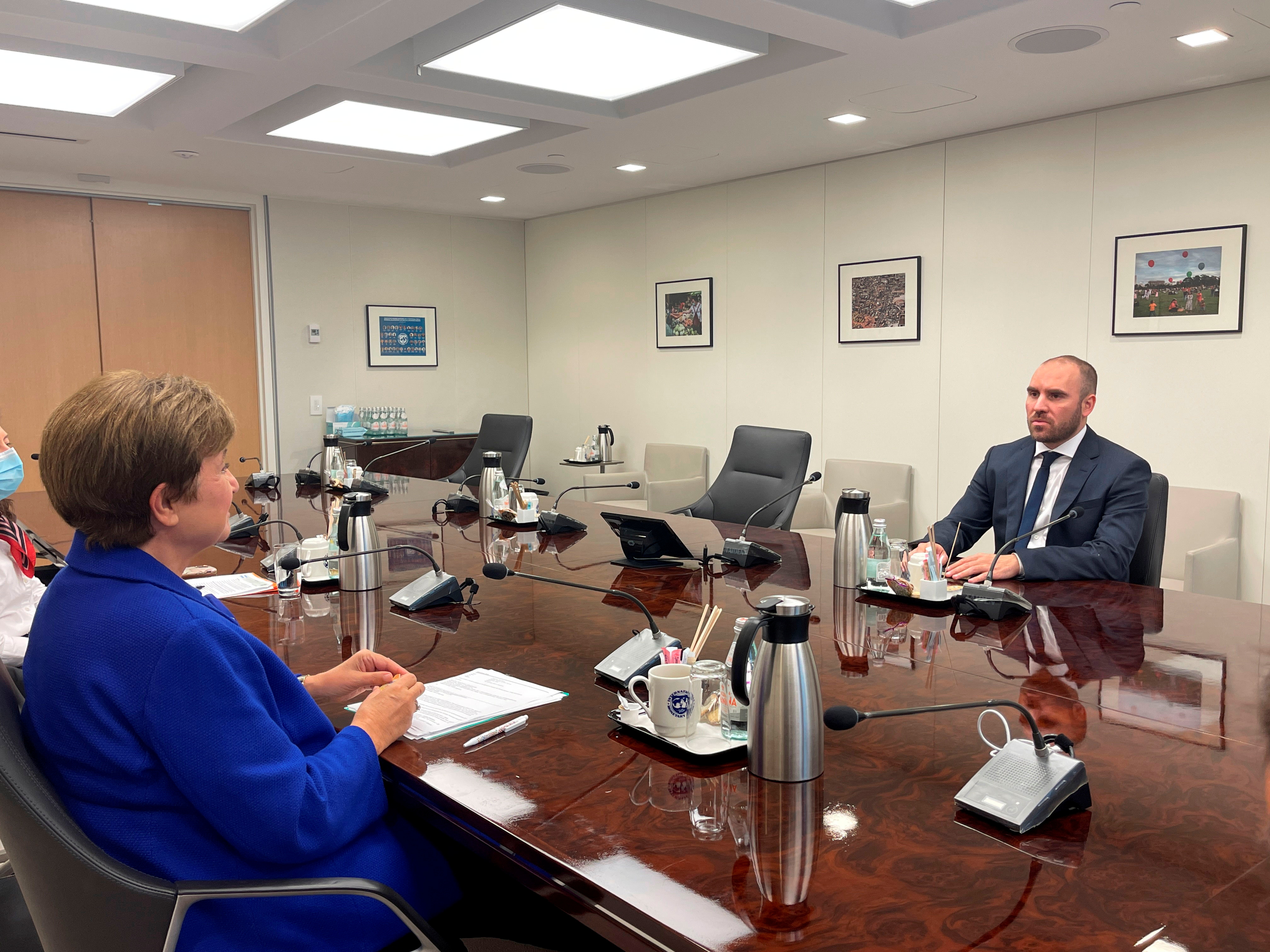 Martín Guzmán promised the IMF to maintain a social spending floor, but the agreement does not include specific targets for social indicators

This minimum expenditure for social programs is stipulated with figures in the other memorandum, the technical memorandum. In this document, it is stated that by the end of March, the state should have spent, at a minimum, $151.9 million between the AUH, Alimentar Card and Progresar. Around June, when the first target assessment should take place, this floor rises to $318 million. Three months later, at $494.4 million and should end the year with a minimum social expenditure of $707.8 million.

Later, he assures us that he will seek to make this type of expenditure more efficient and undertakes to carry out a detailed study of the system. “He will seek redirect social spending towards training and employment programs, and continue to strengthen budget systems to ensure that spending is gender sensitive“, specifies the note of economic policy.

“To further improve the effectiveness and targeting of our social support in relation to the defined results, we will work with strategic partners to achieve and publish a comprehensive evaluation of our social support programs and strategies, with the aim of identifying options for improving policies,” he concluded. This study, it is specified, should be completed by the end of the year.

The government has pledged to the Fund to “address child poverty and redirect aid to promote inclusion in the labor market”, but has not set quantifiable targets for social indicators

When assessing the current situation, the fine print of the agreement with the Fund mentions that “Deep social and infrastructural gaps persist. Poverty rates remain high, especially among young people, and 55% of children live below the poverty line (with data up to the first half of 2021). Advances in the labor market have not been evenly distributed, since women and young low-skilled or unskilled workers have been more significantly affected by the pandemic, and the proportion of workers, ”admits the executive branch.

The Monetary Fund, in the staff report which he published after the approval of the new program by the board of directors, made explicit his own point of view. “Social conditions, although gradually improving, remain extremely fragile: more than 40% of the population lives below the poverty line and the proportion of informal jobs is highespecially for women and low-skilled young people,” say the IMF technicians.

The agency also made recommendations for prioritizing and “re-allocating” spending, including some of that under provincial control. “Particular attention must be paid to improving the intergenerational equity of spending. Nearly 40% of all federal spending in Argentina is directed towards pensions, while only 5% of federal spending goes to iconic social assistance programs (AUH, Tarjeta Alimentar y Progresar) aimed at supporting vulnerable mothers and children “, he analyzed. 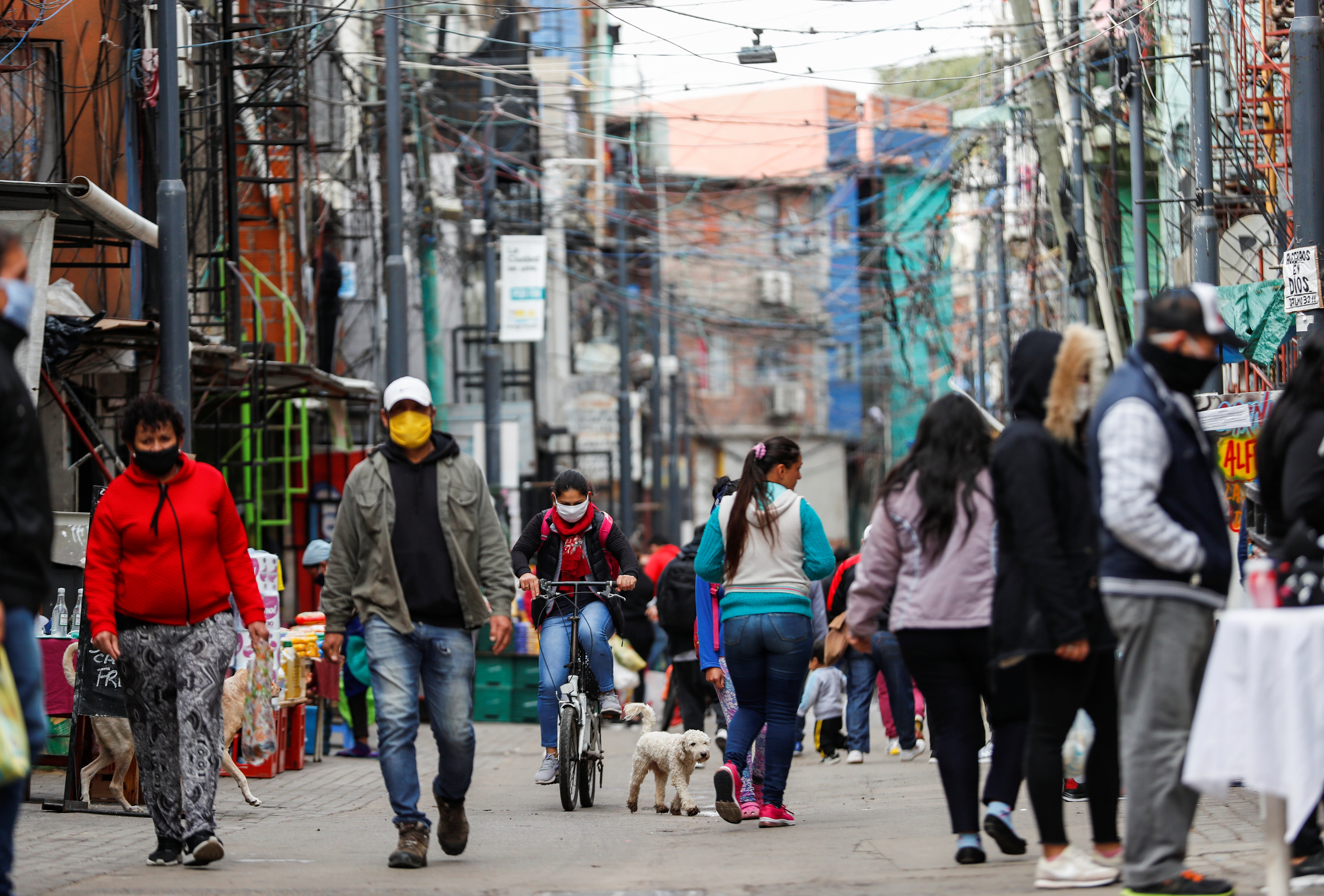 Poverty was reduced in the second half of 2021 and affects more than 17 million people. REUTERS/Agustin Marcarian

“Partially reflecting these intergenerational differences in spending at the federal level, social outcomes also vary widely across generations: 54% of children under 14 live in poverty, compared to 14% of seniors. A reallocation of spending (including at the provincial level, where much health and education spending is executed) will be essential to ensure young people have the skills and human capital needed to contribute to Argentina’s economic development. .“, underlined the Staff.

On the other hand, the Monetary Fund pointed out that although Argentina has poverty rates below the regional average and countries like Brazil -although well above Chile, for example-, shows an upward trend over the last 5 years, something that does not happen in the rest of Latin American economies.

A negative indicator in which Argentina stands out compared to emerging countries with a similar GDP per capita, It’s in child poverty. In this direction, IMF calculations show that child poverty in Argentina exceeded countries like Mexico, El Salvador, Colombia, Bolivia, Chile or Uruguay at the end of 2020.

The only commitment before the IMF will be to maintain a social spending floor for a group of priority assistance programs, among which he lists the universal family allowance for social protection, the food card and the Progresar scholarships.

The report of the Fund’s technical team does not specify any type of objective or project poverty figures for the coming years. Even, obviously, it is content to estimate that the unemployment rate will stabilize over the next few years – unchanged – at around 8.1% from 2023. Nor does it forecast GDP per capita in the future. to come up.

Poverty: down 3 points but remains higher than before the pandemic

the 37.2% of the population – around 17.4 million people – is considered poor in Argentina and 8.2% live in povertyreports the Indec. According to the data of the second half of 2021, in this way, the main social indicators showed an improvement compared to the 42% of poverty that marked 2020 and the 40.6% of the first half of last year.

Both poverty and destitution have declined, driven by the economic recovery of more than 10% in 2021 which has been accompanied by a rebound in employment figures. Anyway, this relief was very partial, in particular for families living on undeclared employment income. For reference, informal workers lost about 12 percentage points to inflation.

Beyond the improvement in the second half of 2021, social indicators are still below the levels they had before the outbreak of the pandemic. By way of comparison, towards the end of 2019, the last index without impact of the health crisis, showed a poverty of 35.5% poverty and 8% indigence. At the worst of the pandemic, poverty peaked at 42%, while destitution peaked in the first half of 2021 at 10.7%.