Public television presented its programming offer during an event organized in the lobby of the Figueroa Alcorta y Tagle building, hosted by Mariela Fernandez. Actors, actresses and hosts from the station participated, as well as the Minister of Science, Technology and Innovation, Daniel Filmus; the legal and technical secretariat, Vilma Ibarra; the Secretary for the Promotion of Tourism of the Nation, Yanina Martinez; members of the Board of Radio and Television Argentina (RTA) and authorities of different provinces.

“These are times of alliances when the world demands audiovisual content and Argentina has the enormous possibility of becoming a great producer for the country and the world, because here we have talent, creativity and stories to tell with our accents, in our language and with our gaze; because we must defend our cultural sovereignty,” he said. Rosario Lufrano, the president of RTA. 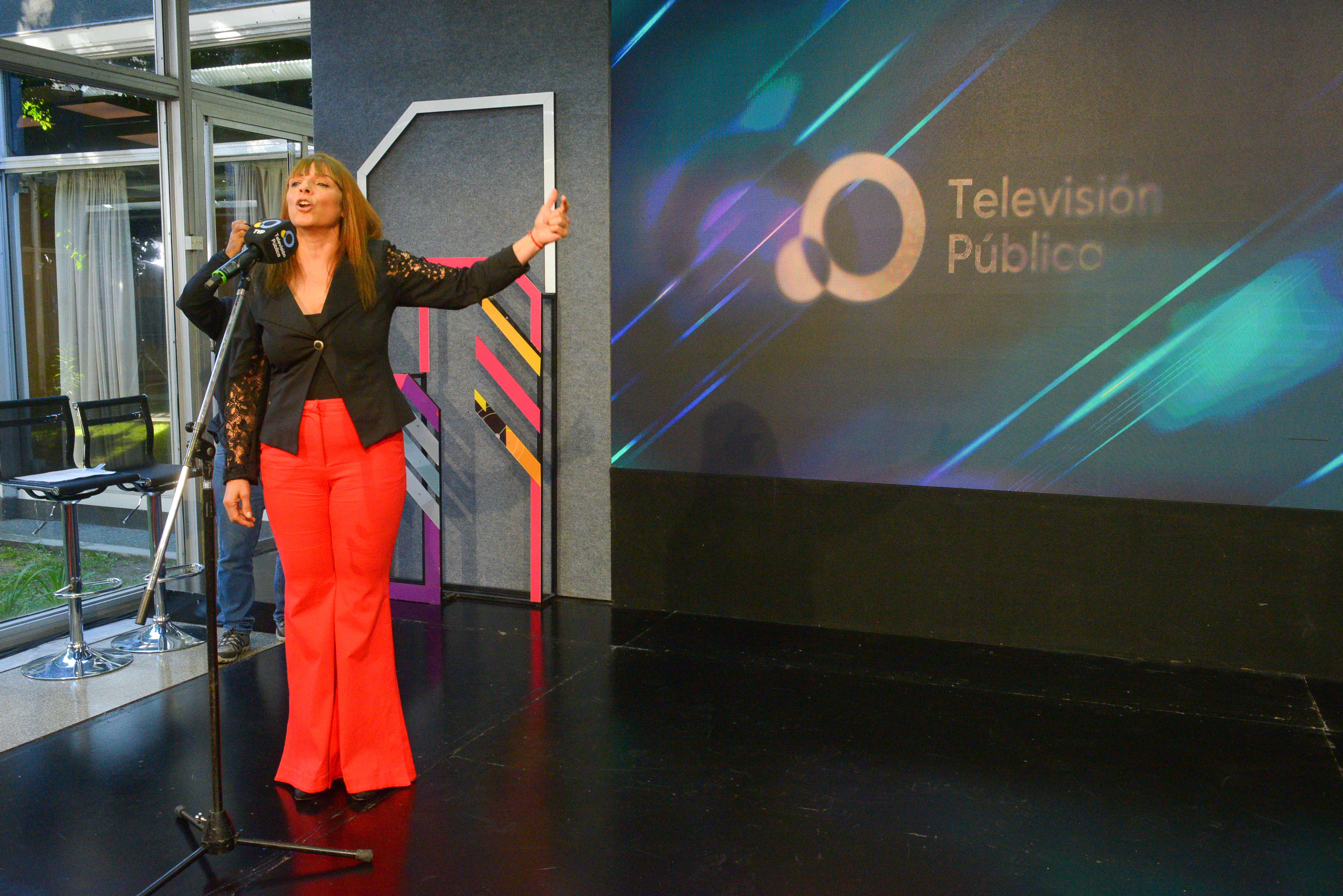 Meanwhile, the director of Public TV, Claudio Martinezexplained in detail the content of each of the programs that are broadcast this week, and founded the concept of the screen they are looking for by stating that “you have to get out of the idea that it is a porteño who shows how the repulse of the empanada of Santiago, because the country must tell its own story, at its own pace”. Later, he added: “That is why, when we send our teams to travel the country, we summon the journalists of the 49 national radio stations to chronicle the stories we show”. 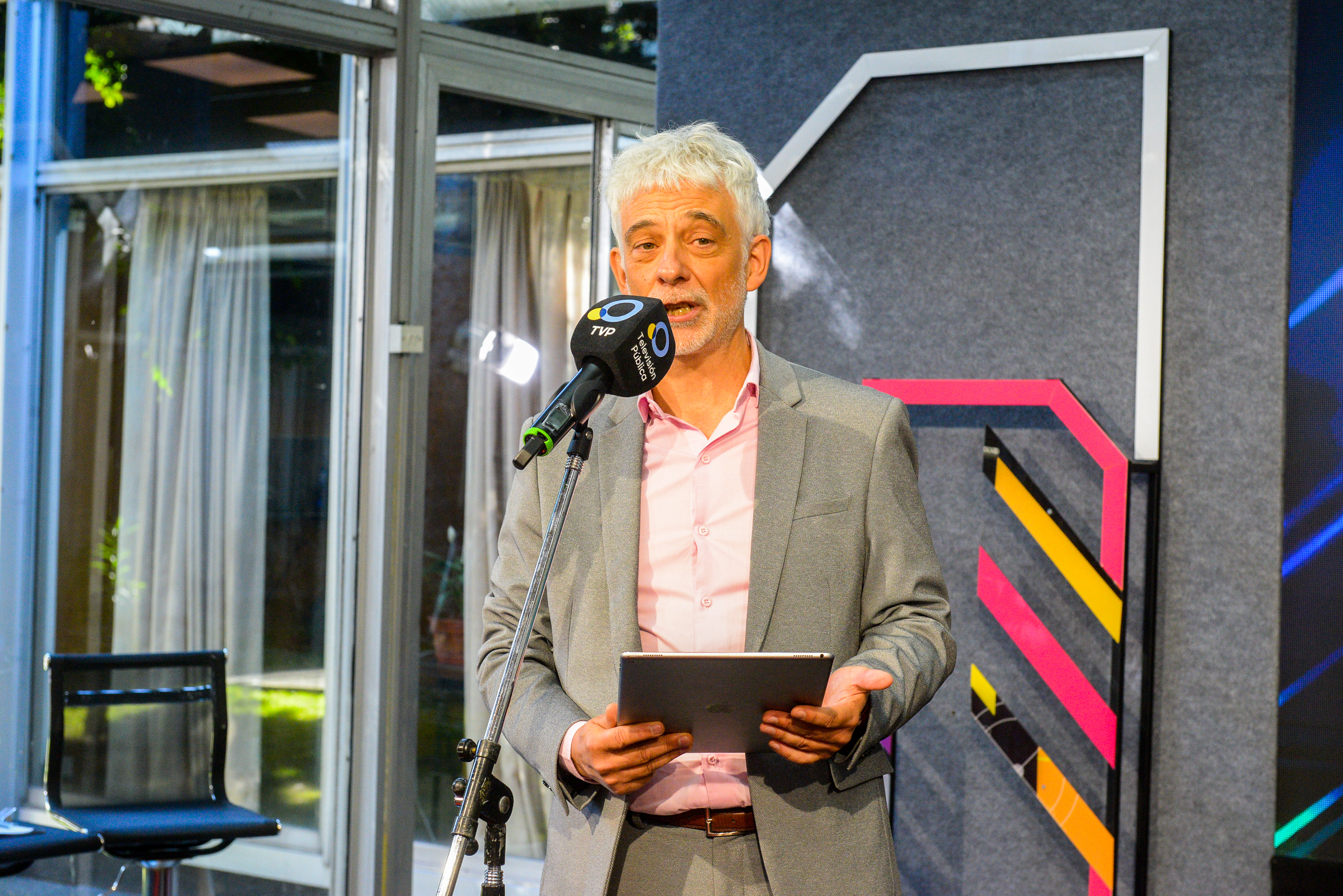 While the vice-president of RTA, osvaldo santorowas in charge of presenting the commitment of the new programming: fiction Two20, produced entirely by the chain. “It has a different format, with actors and actresses who perform theater on television because it is a format that allows it, playing in the intensity and depth of actions that generate conflict, because without them life, theater and fiction do not exist,” explained the actor and official. 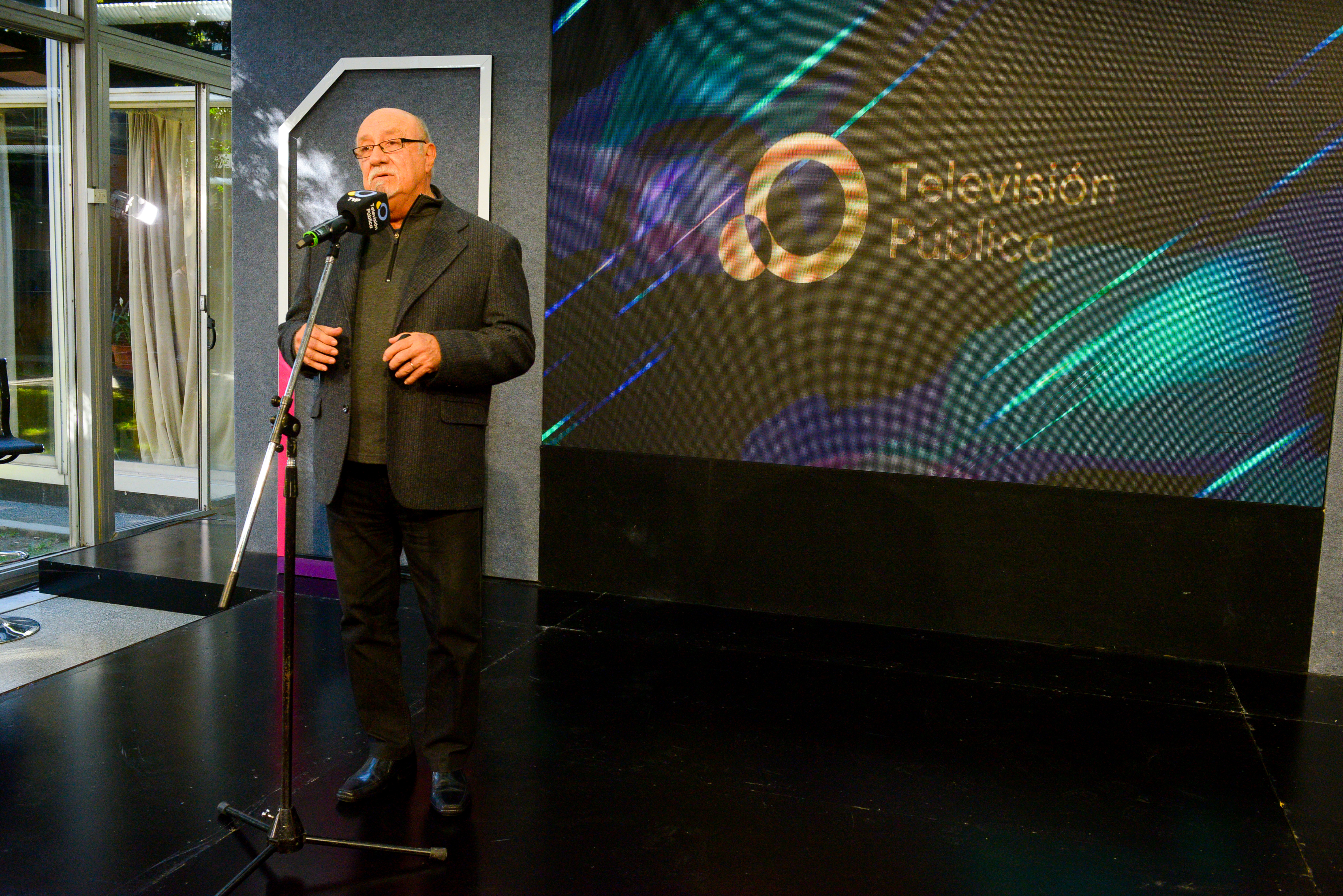 The Unity Cycle will feature two characters in each 20-minute episode. From dramatic comedy to sitcom, couple or intra-family relationships will be approached as the axis of the plot. The casts consist of Federico Marrale, Luisa Kuliok, Luis Machín, Favio Posca, Carlos Belloso, Mariano Martínez, Marcela Kloosterboer, Patricia Echegoyen, Laura Novoa, Romina Gaetani, Nicolás Cabré, Mónica Antonópulos, Luciano Cáceres, Andrea Rincón, Benjamín Rojas and Thelma Fardin. On Thursday 12 at 11:00 p.m. he will be seen Waiting for two 20s, a preview with scenes from the filming of the series, and from the 19th, every Thursday at 11:00 p.m. a new chapter will be presented. 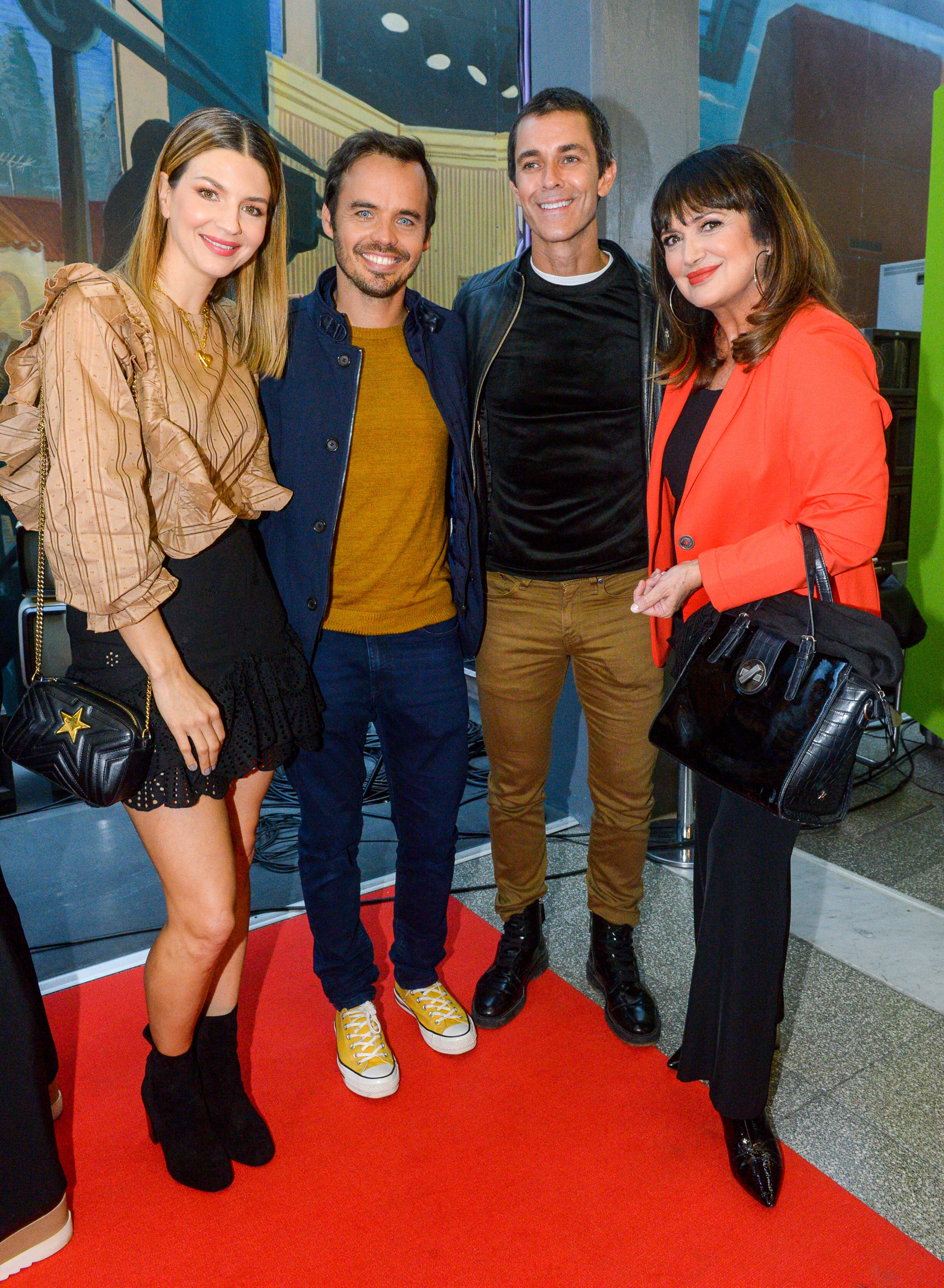 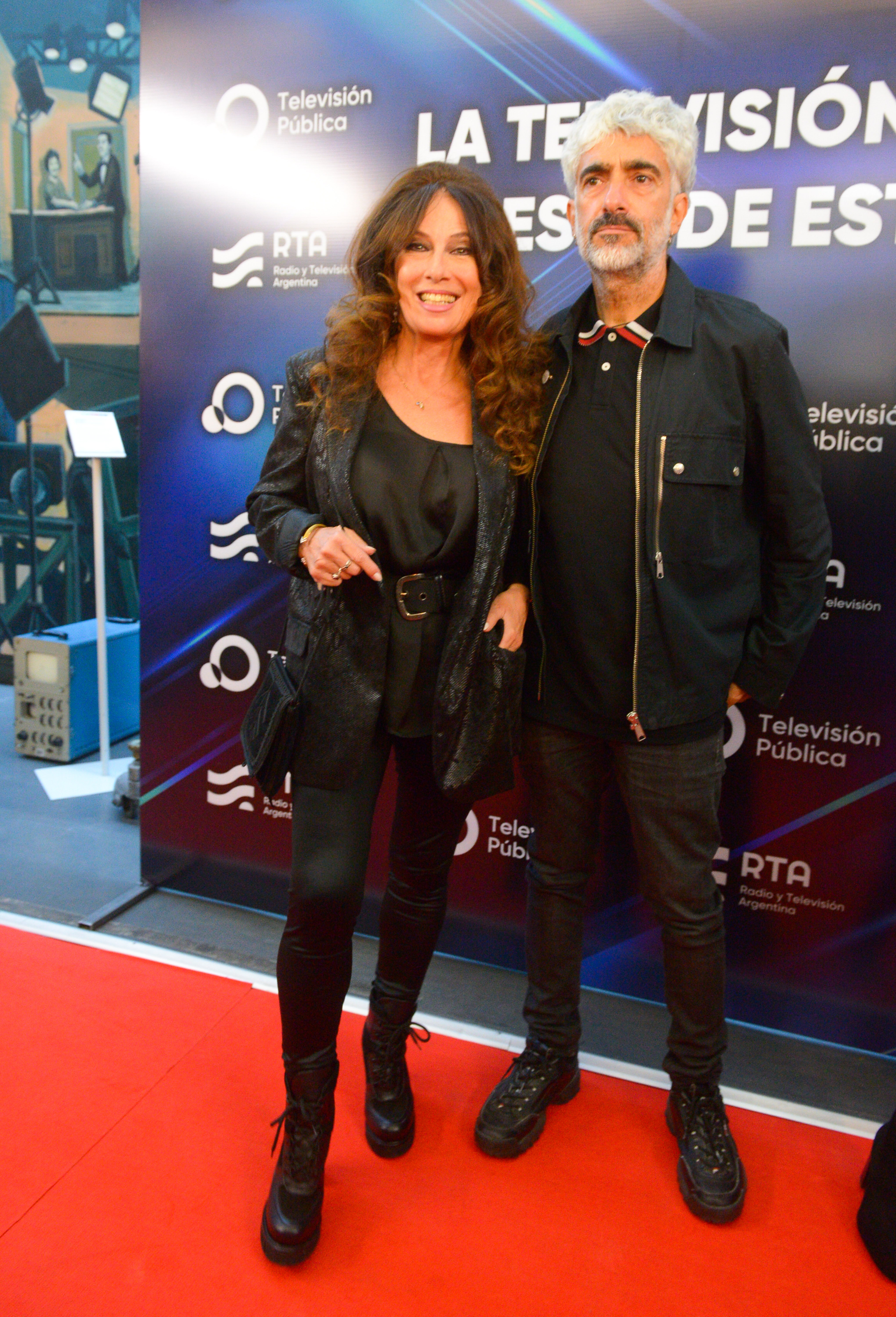 will also be premiered spirit night, a scientifically entertaining program with the conduct of Stupid Coconut, Carla Conte Yes Diego Golombek. From Thursday 12, Monday to Friday at 10:00 p.m., it will burst on the screen with guests, music, games, humor and experiments to challenge science by participating from home. 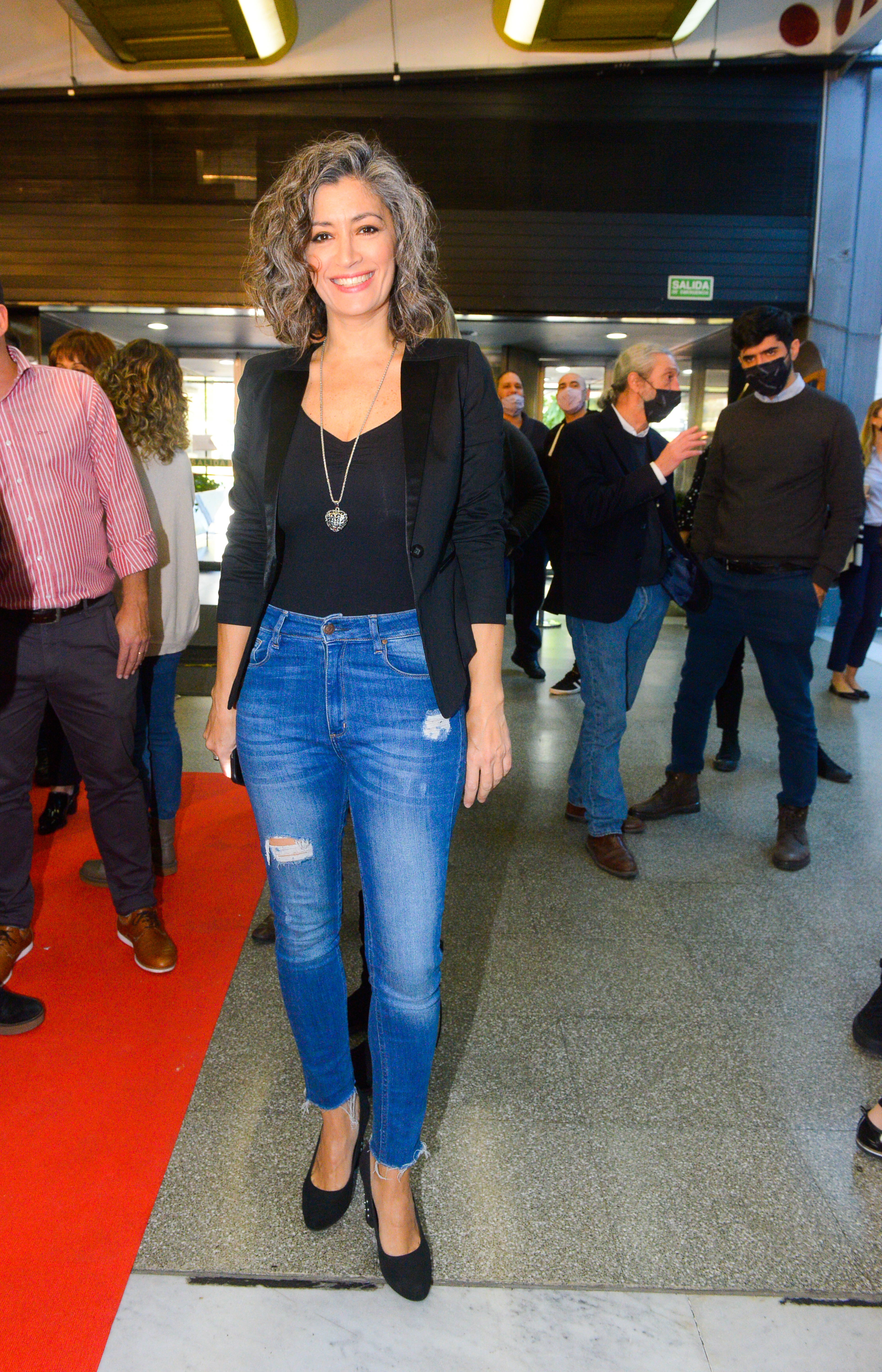 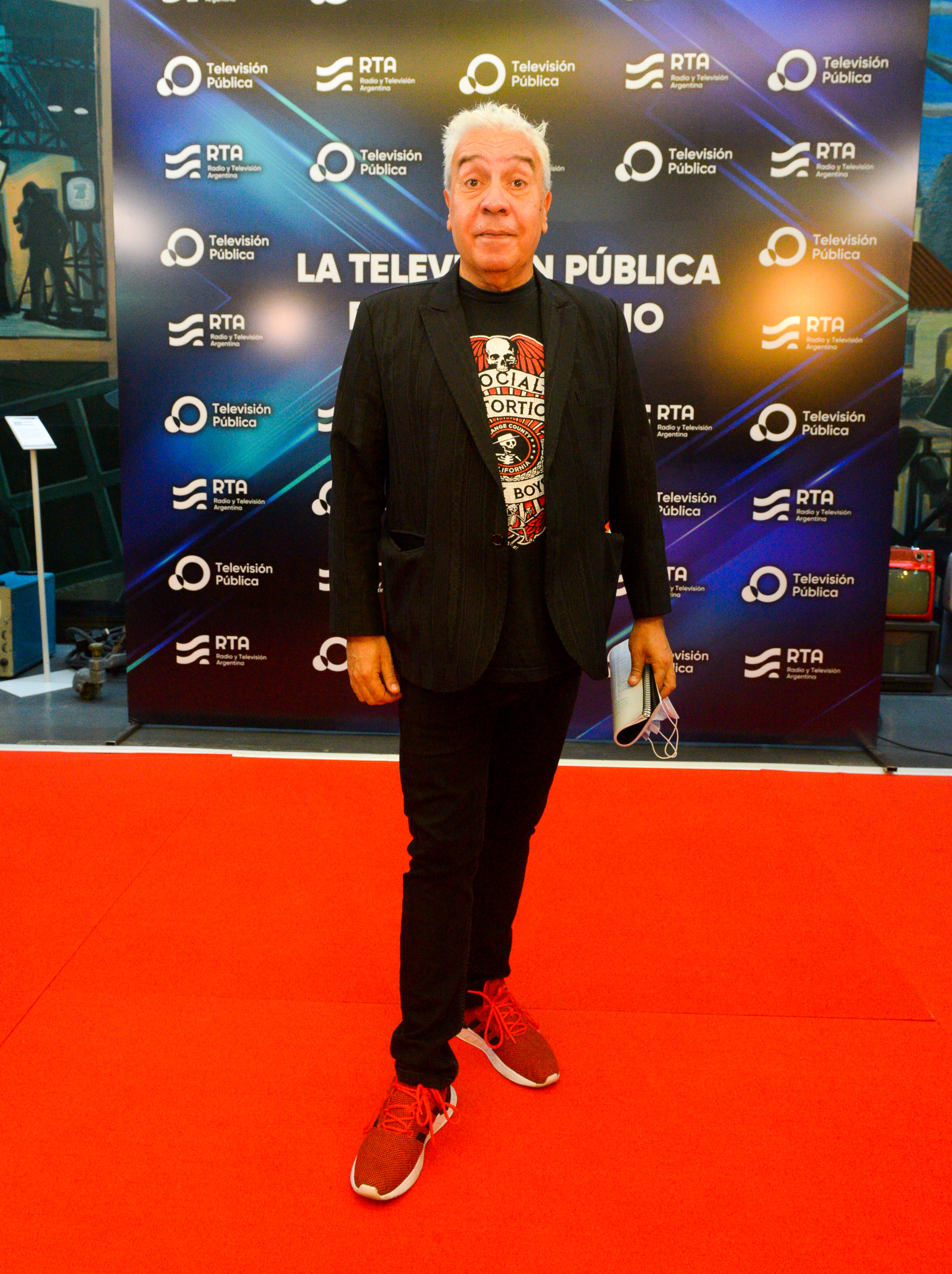 Before the start of the World Cup, Head to Qatar will take the pulse of the national passion for football, with the participation of Pablo Giralt, Miguel Osovi and Sofia Martinez, On Monday at 11:00 p.m. the countdown begins with news and details of each selection, the preparation of the Argentine team and notes that cover all the passion of the country’s World Cup in a weekly newscast of one o’clock.

For its part, Lito Vitale and all the eclecticism of its sounds will be Host –from Tuesday to Thursday at 11:30 p.m.–, a new space for national culture. The composer and performer will receive guest musicians, musicians and artists to play and sing their classics from home, in cordial talks and get-togethers. In the first broadcasts, they participated Juan Carlos Baglietto, Eruca Sativa. Gloria Carrá, Los Tipitos, El Kuelgue, Lito Nebbia, Liliana Herrero, the Vitale-Carrión-Delgado trio, Lisandro Aristimuño and Dos más Uno. 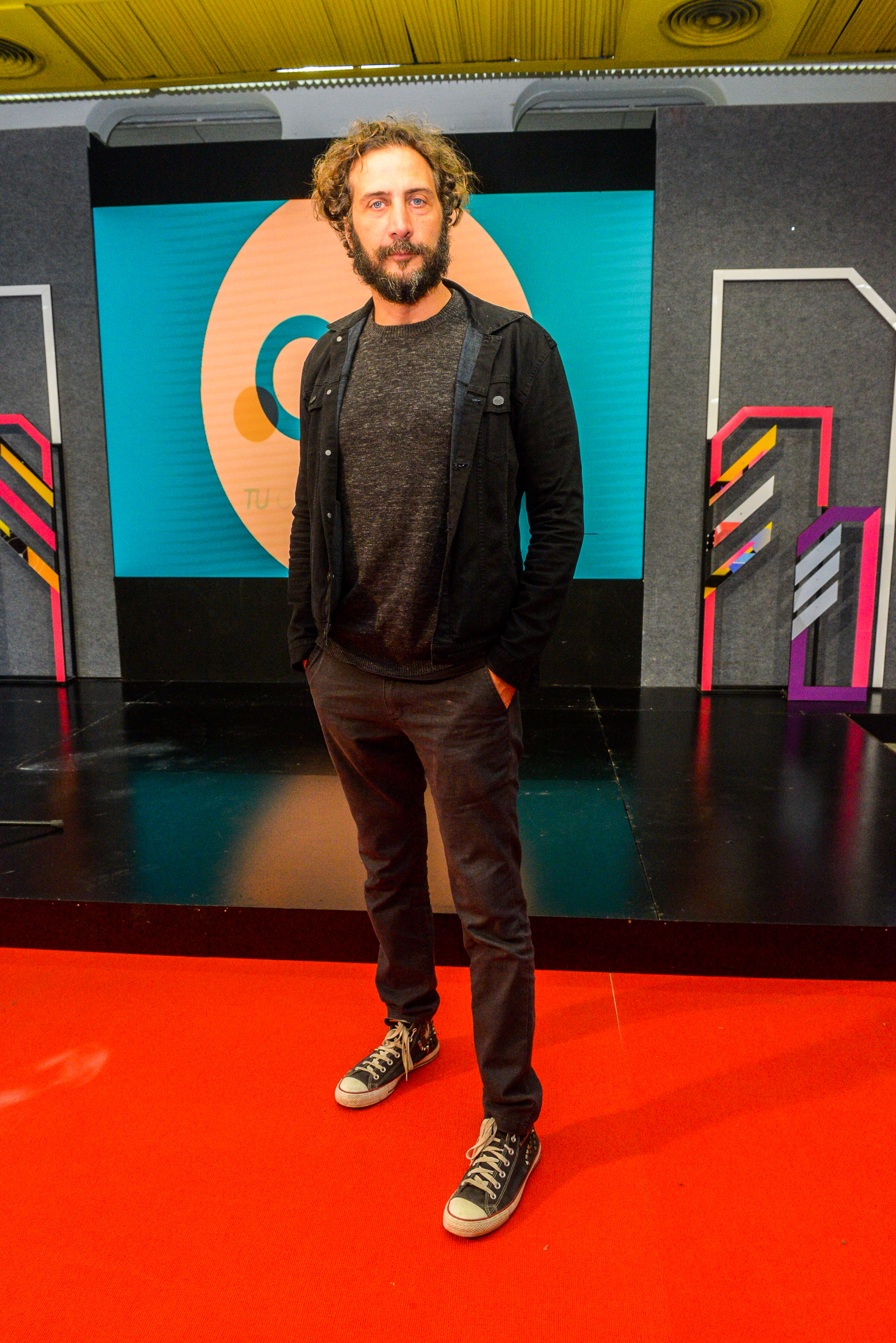 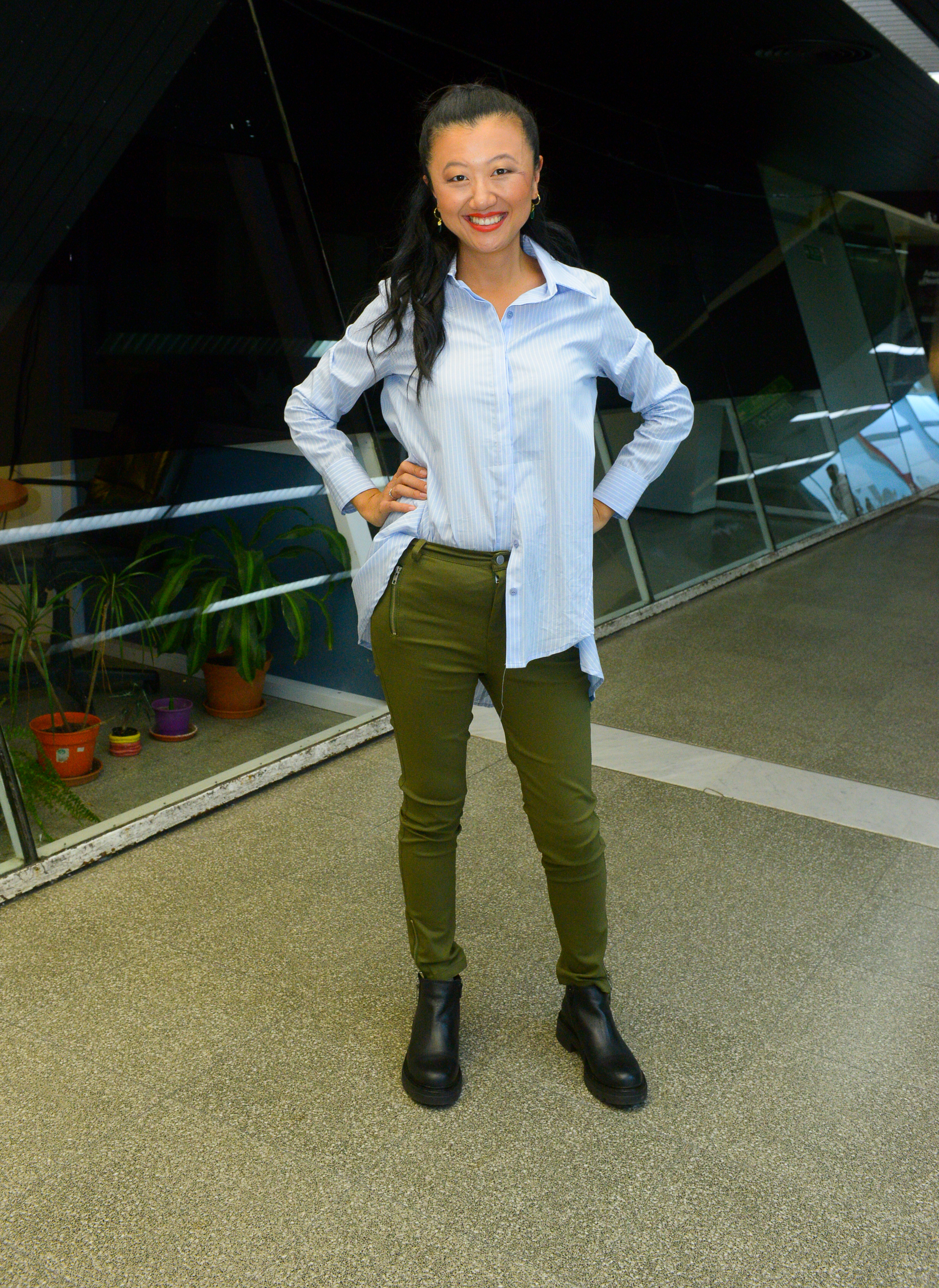 The other musical premiere which will arrive very soon will be Garden Party. federal talent, a tour in each province to meet emerging musicians and music of all genres. Marcelo Iribarne, Mariela Fernández and a guest host of the place will present these artists who will be evaluated by a jury, which will add a local artist devoted to each stage.

On Tuesdays at 23:00, you will see music for science, a program that aims to make visible and support the efforts of health researchers to deal with the covid pandemic. In this production of TECtv, the chain of the ministry of science, technology and innovation, musicians and musicians of different genres visit scientists at their workplace to accompany their tasks and exchange their experiences. 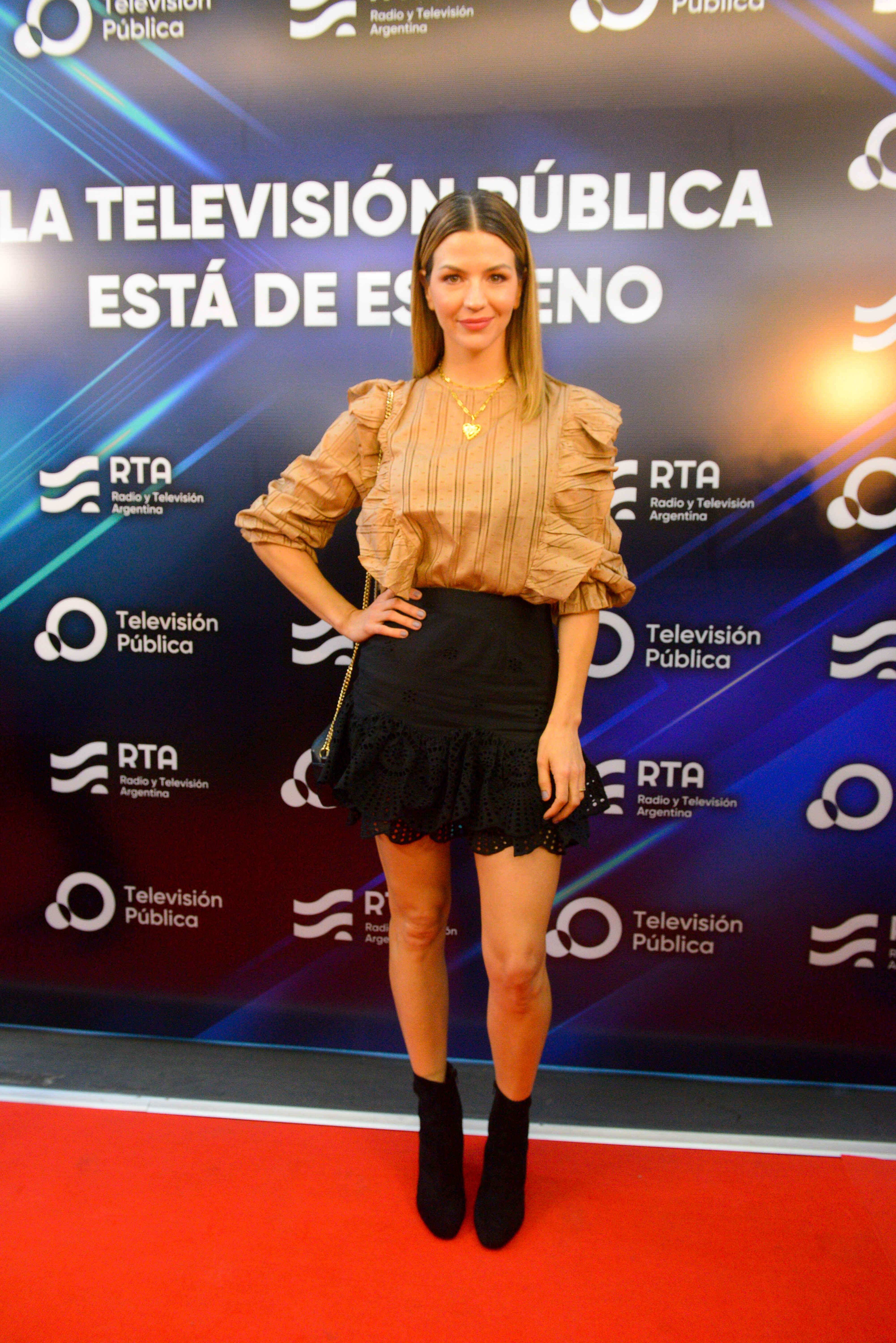 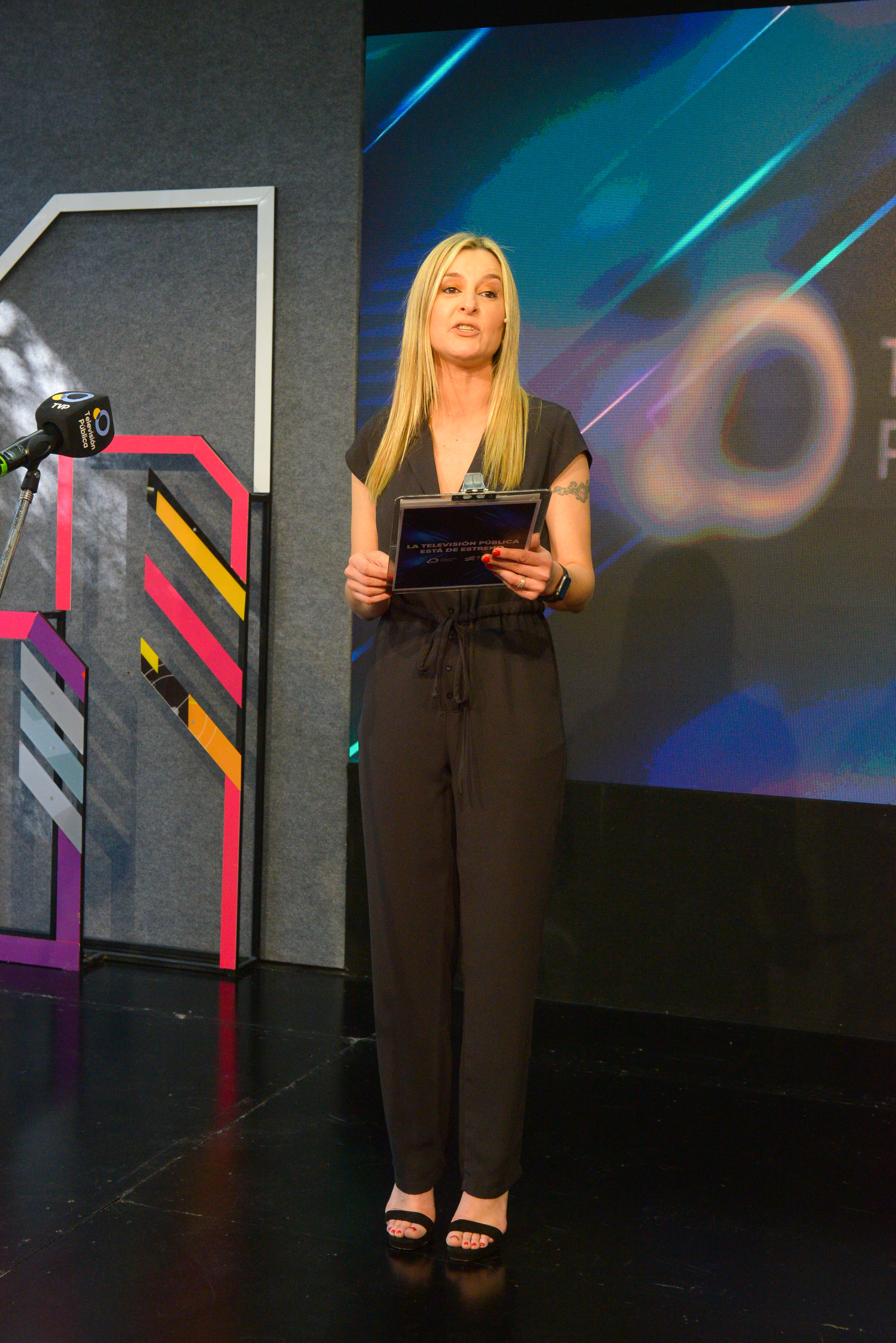 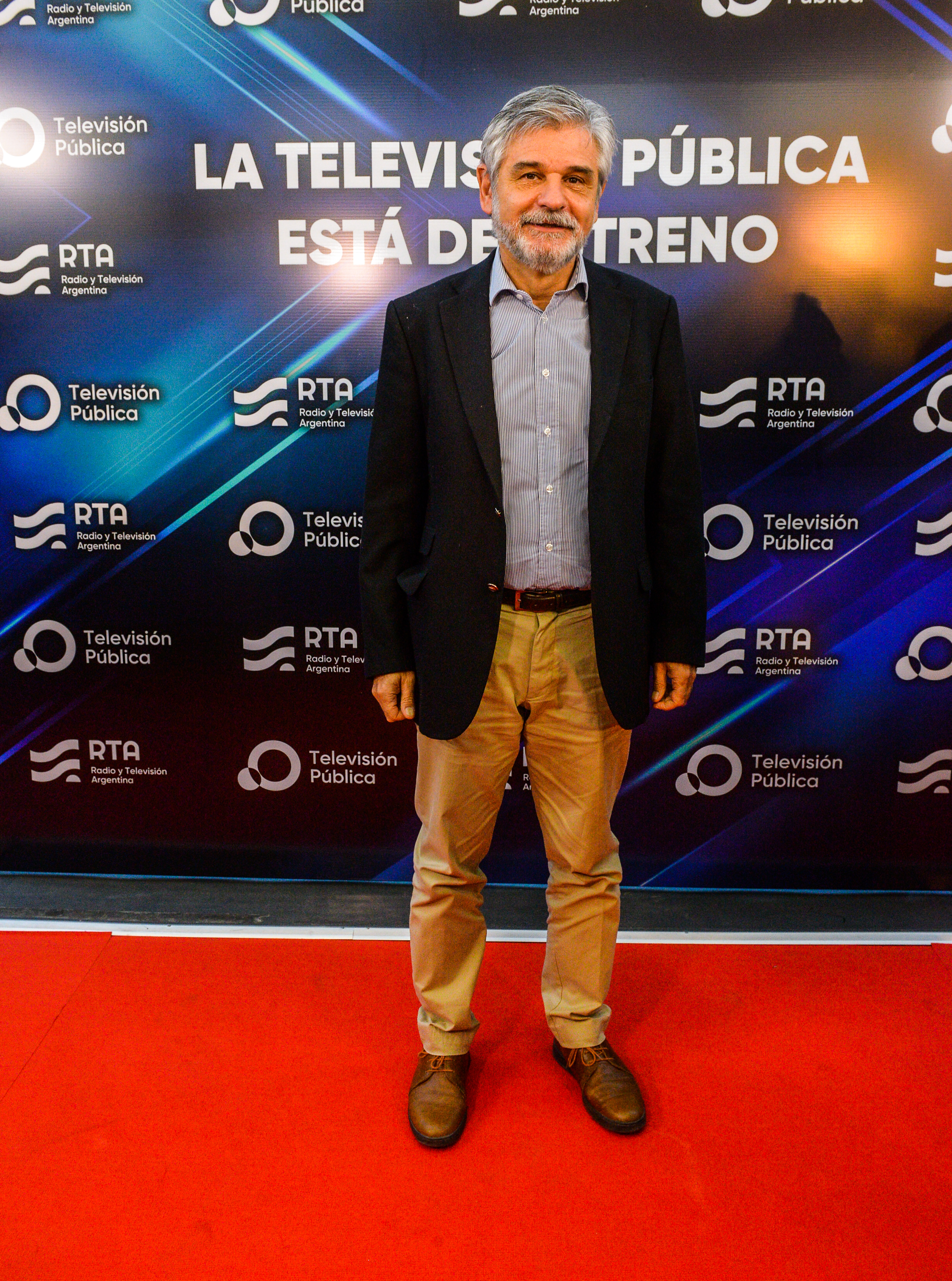 The Minister of Science, Technology and Innovation, Daniel Filmus

For its part, Michael Rep. will summon personalities to dialogue on characters and themes that he has drawn over time, to give substance to Rep World and views on Argentine history, Evita, Borges, Peronism, the Beatles, Quino, the Malvinas, Argentine wine and radio. From Friday 13, every Friday at 11:00 p.m., journalists, artists and intellectuals of the stature of María Kodama, Elizabeth Vernaci, Mauricio Kartún, María Fiorentino, Horacio Verbitsky, Pedro Saborido, Maitena, Claudia Piñeiro, Leo García and Adriana Varelaamong others.

On the other hand, the Falklands War will flesh out the fiction 40 years, a series of six chapters to see on Wednesdays at 11 p.m. – from May 11 –. Four decades after the war, this proposal was carried out within the framework of the Audiovisual Marathon and had the support of the Ministry of Culture of the Province of Santa Fe and the National University of Rosario, the production of Unicanal (UNR’s audiovisual platform) and funding from the Federal Investment Council.

In June, the documentary series will be released Malvinas and me which will be presented by Juliet Ortega and will approach the war from different angles, with individual stories that touched, during and after, the protagonists of its six chapters. Along with them will appear previously untreated stories, which will reveal events previously unknown to the public. 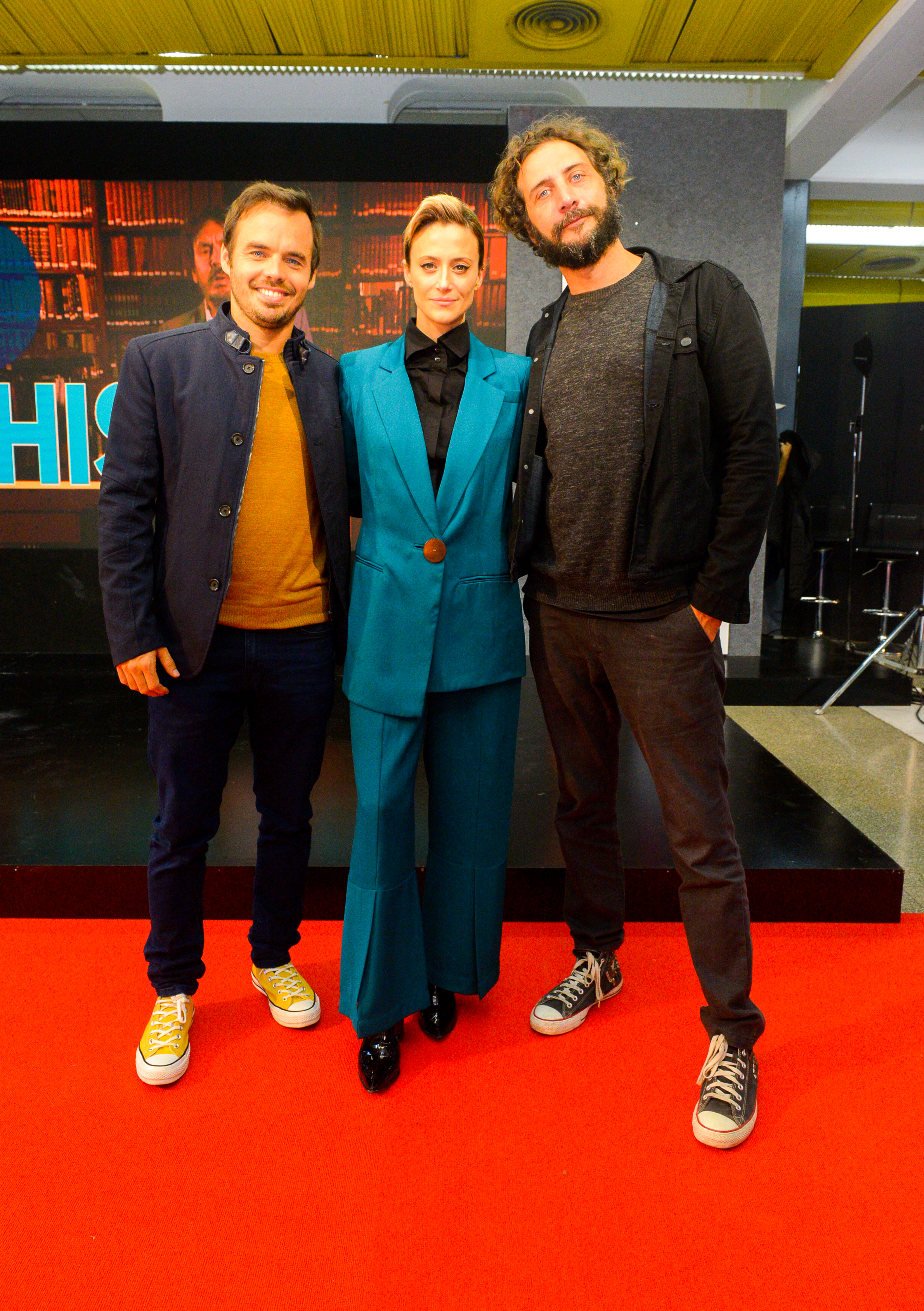 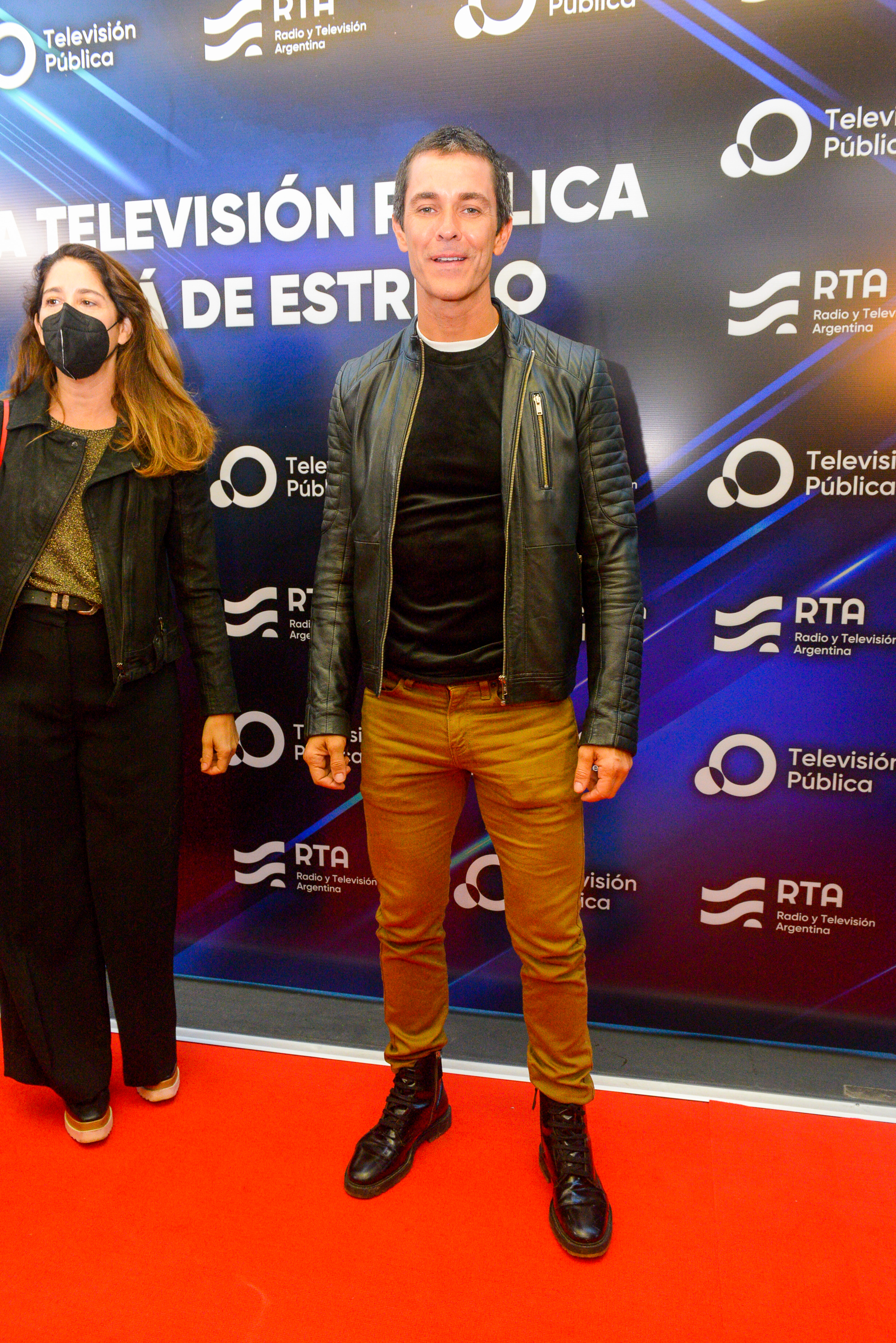 Fede Bal travels again after the accident in Brazil: when will he regain the mobility of his arm and hand
The reality show Lost in the Tribe, in the first person: a month in deep Africa and love with a young Hamer
Who is Jimena Buttigliengo, the model identified as the third discord between Jakob Von Plessen and Zaira Nara