Vladimir Putin has suspended two senior army commanders for the poor performance of Russian troops in the first stage of the invasion of Ukraine. According to British intelligence, the military leaders were removed from their posts for the failure to capture the city of Kharkiv, and for the sinking of the Navy’s flagship, the Moskva.

According to what he said The mirrorsuspended generals would be Lieutenant General Serhiy Kiselwho commanded the 1st Guards Elite Tank Army and Vice Admiral Igor Osipovwho commanded the Black Sea Fleet.

The Chief of the Russian General Staff, Valery Gerasimovmeanwhile, will likely continue in his position, but it is not known if he “retains the confidence of President Putin”still according to information from British intelligence. 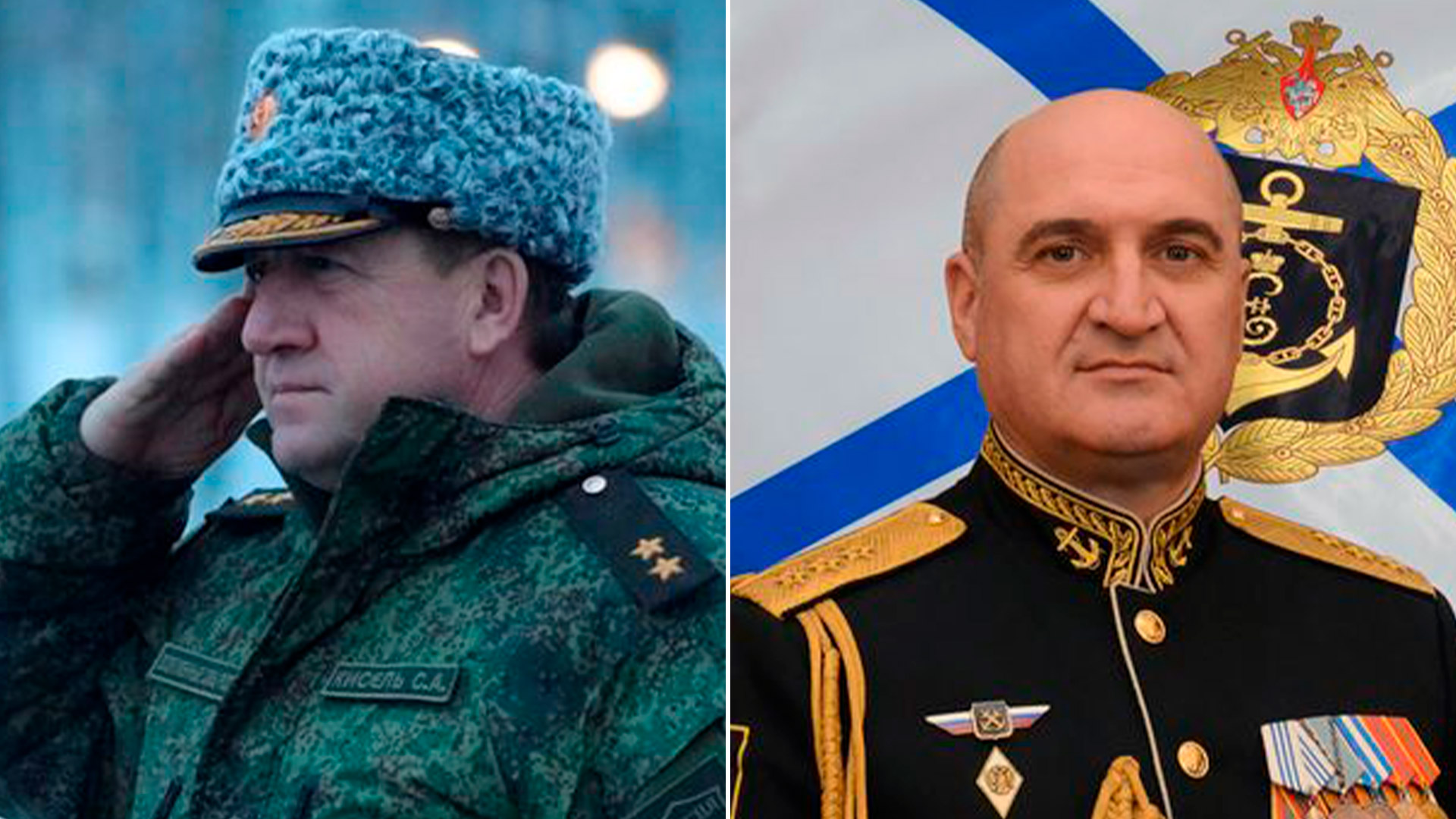 The Moskva ship was the naval pride of Russia. With 510 crew, she was hit by two Ukrainian missiles on April 14. The Kremlin, however, continues to publicly deny that it was overthrown by kyiv. Nor does he acknowledge that hundreds of sailors missing on the ship died after it sank.

According to Moscow, it was an uncontrolled fire that led to the evacuation of the destroyed ship.

Ukraine, for its part, reported that two Neptune missiles had been loaded to hit the Russian cruiser 60 nautical miles off Odessa, in the south of the country. The Neptune is a Ukrainian-developed anti-ship missile based on an earlier Soviet design, the KH-35. The launchers are mounted on trucks parked near the coast and, according to the Washington-based Center for Strategic and International Studies, the missiles can hit targets up to 280 kilometers away. 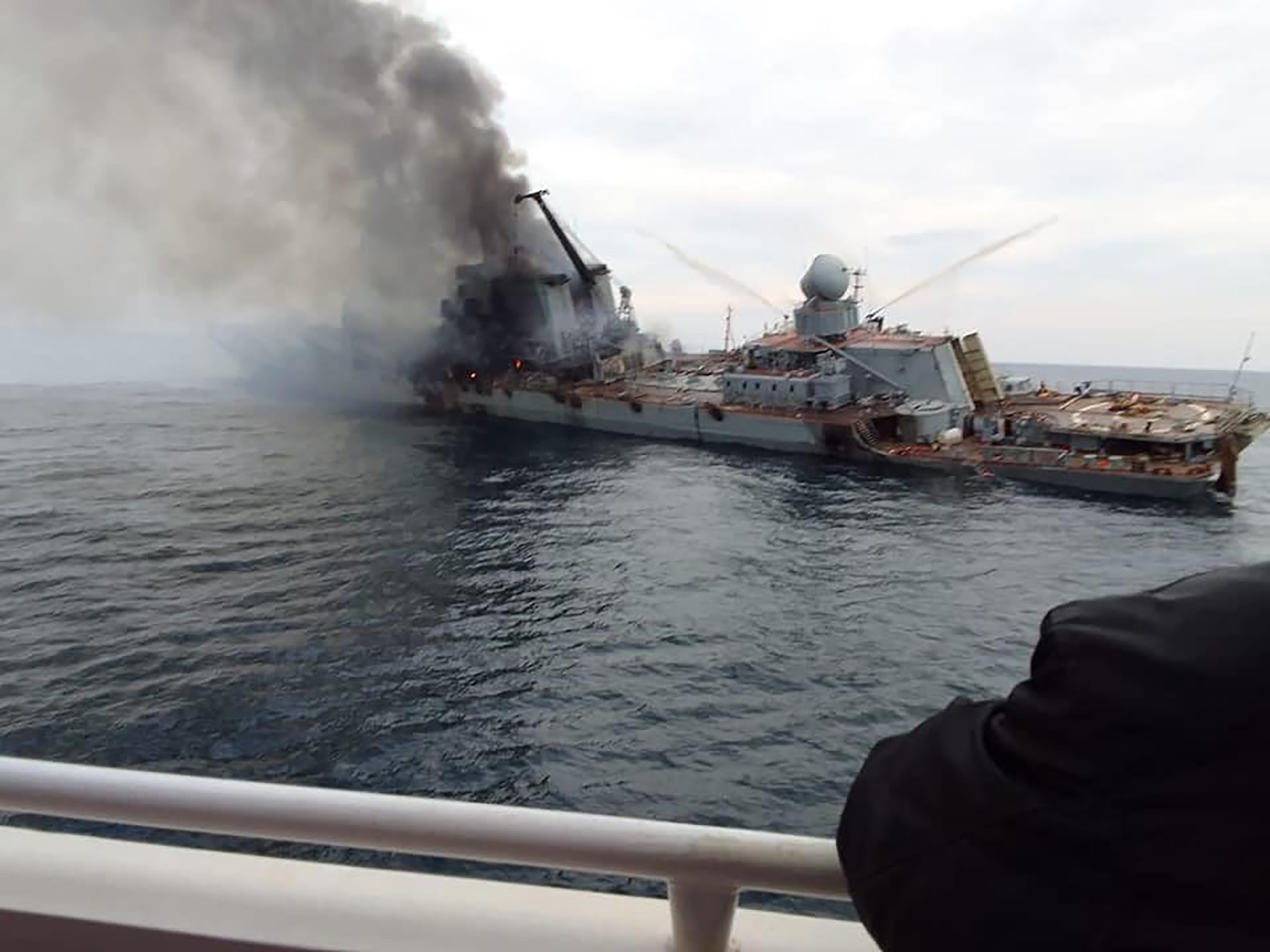 Ukraine sank the flagship of the Russian Navy, the Moskva

Washington Post reported that the United States provided vital intelligence to help the Ukrainian forces inflict such humiliation on the Putin regime.

For its part, although at some point the Kharkiv region – the second largest city in the country – fell into the hands of Russian troops, this week, Ukraine announced that its forces had regained control of part of the border with Russia in this northwestern region.

The Department of Defense said in a statement that Ukrainian forces “chased the Russians out and headed for the border” and released a video showing armed soldiers outside a border post painted in the yellow and blue colors of the Ukrainian flag.

Ukrainian presidential adviser, Oleksi Arestovichtold local television on Sunday that Russian troops were retreating to the Donbass region, south of Kharkiv, after the Ukrainian counteroffensive.

Ukrainian soldiers on the border with Russia: “Mr. President, we have reached it”

Since its failure to take the capital kyiv at the start of the invasion in late February, control of Donbass has become one of Moscow’s main objectivesbut Western intelligence services predicted that his campaign would stagnate amid heavy casualties and fierce resistance.

Despite the withdrawal to Kharkiv, Russian troops continue their attacks there, as well as in Mariupol and in the separatist regions of Luhansk and Donetsk.

The Armed Forces of Ukraine pointed out that in Mariupol, Putin’s troops are focusing their efforts on blocking their units near the Azovstal plant. Likewise, in the direction of Novopavlovsk and Zaporizhia, the invaders are reinforcing groups to carry out an offensive in the direction of Polohy and Orijov, while the situation in Bessarabia, in the Transnistria region of Moldova, remains tense and has not not changed “significantly”. .

On another side, The ships of the Black Sea Fleet in the Black and Azov seas “continue to perform tasks of isolation of the zone of hostilities, reconnaissance and fire support in the coastal direction.”

The US Congress has approved a $40,000 million Ukraine aid package
Putin’s military alliance turns its back on him and refuses to send troops to Ukraine
Top military commanders from Russia and the United States speak for the first time since the start of the war in Ukraine