When Vladimir Putin announced the invasion of Ukraine, war seemed far removed from Russian territory. Within days, however, the conflict came, not with cruise missiles and mortars, but in the form of unprecedented and surprisingly extensive sanctions barrages. by Western governments and economic sanctions by corporations.

mcdonalds, whose opening in Russia in 1990 was a cultural phenomenon, a shiny modern convenience that came to a dismal country crushed by limited optionswithdrew entirely from Russia in response to its invasion of Ukraine. IKEA, the epitome of affordable modern conveniences, has suspended operations. Tens of thousands of jobs that were once secure are now suddenly in question in a very short time. This Monday, he joined Starbucks, which had already suspended operations in March and confirmed the closure of all 130 stores. Its two thousand employees will receive their salaries for another six months. 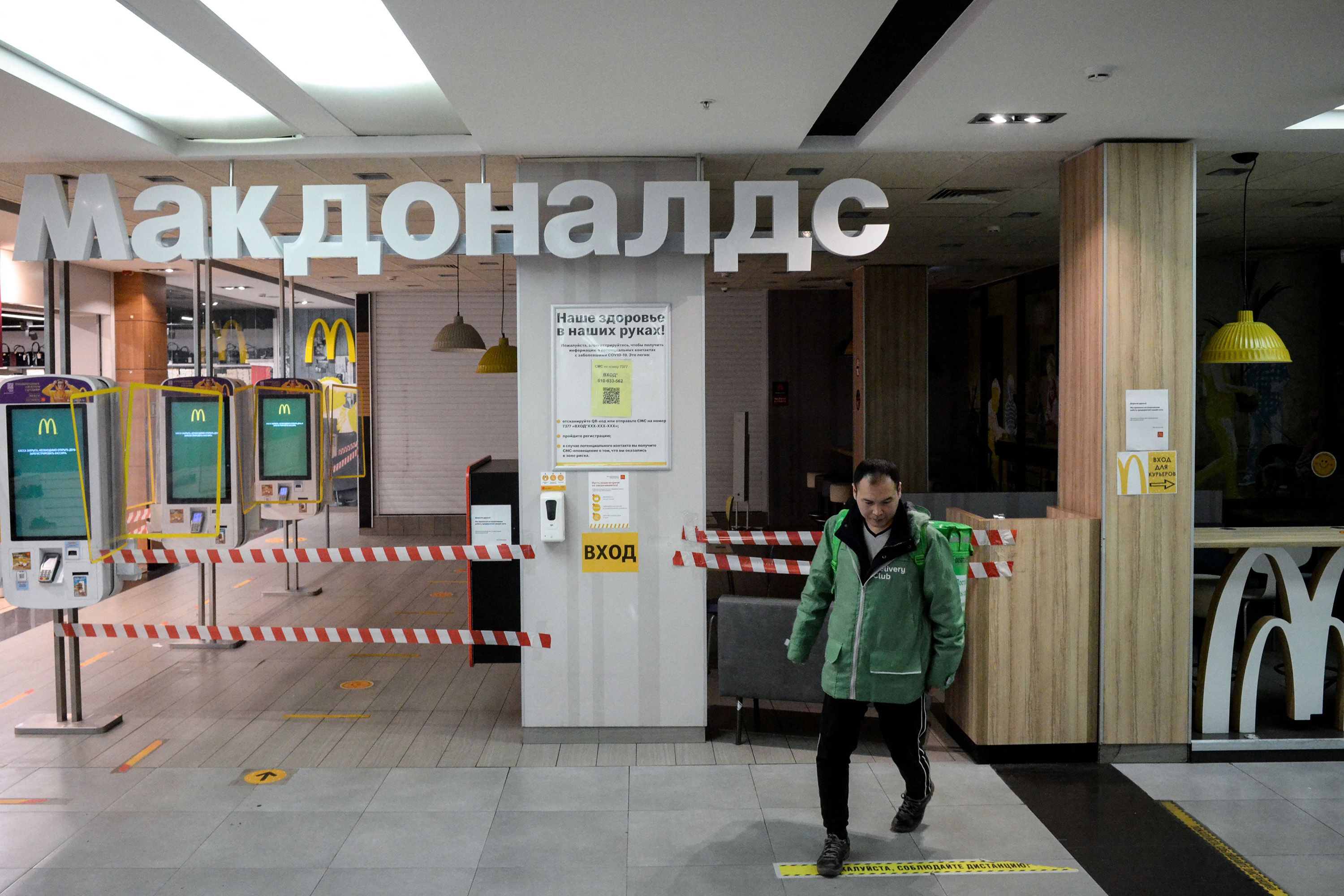 A view of a closed McDonald’s restaurant in a shopping center in Moscow on March 16, 2022.

Major industrial players, including oil giants BP and Shell, as well as carmaker Renault, pulled out, despite their huge investments in Russia. Shell estimated that it would lose about $5 billion if it tried to divest itself of its Russian assets.

With the departure of multinationals, thousands of Russians who had the financial means to do so were also fleeing, frightened by the harsh war-related measures they saw as a slide into outright totalitarianism. Some young men may also have fled for fear that the Kremlin would impose conscription to fuel its war machine. 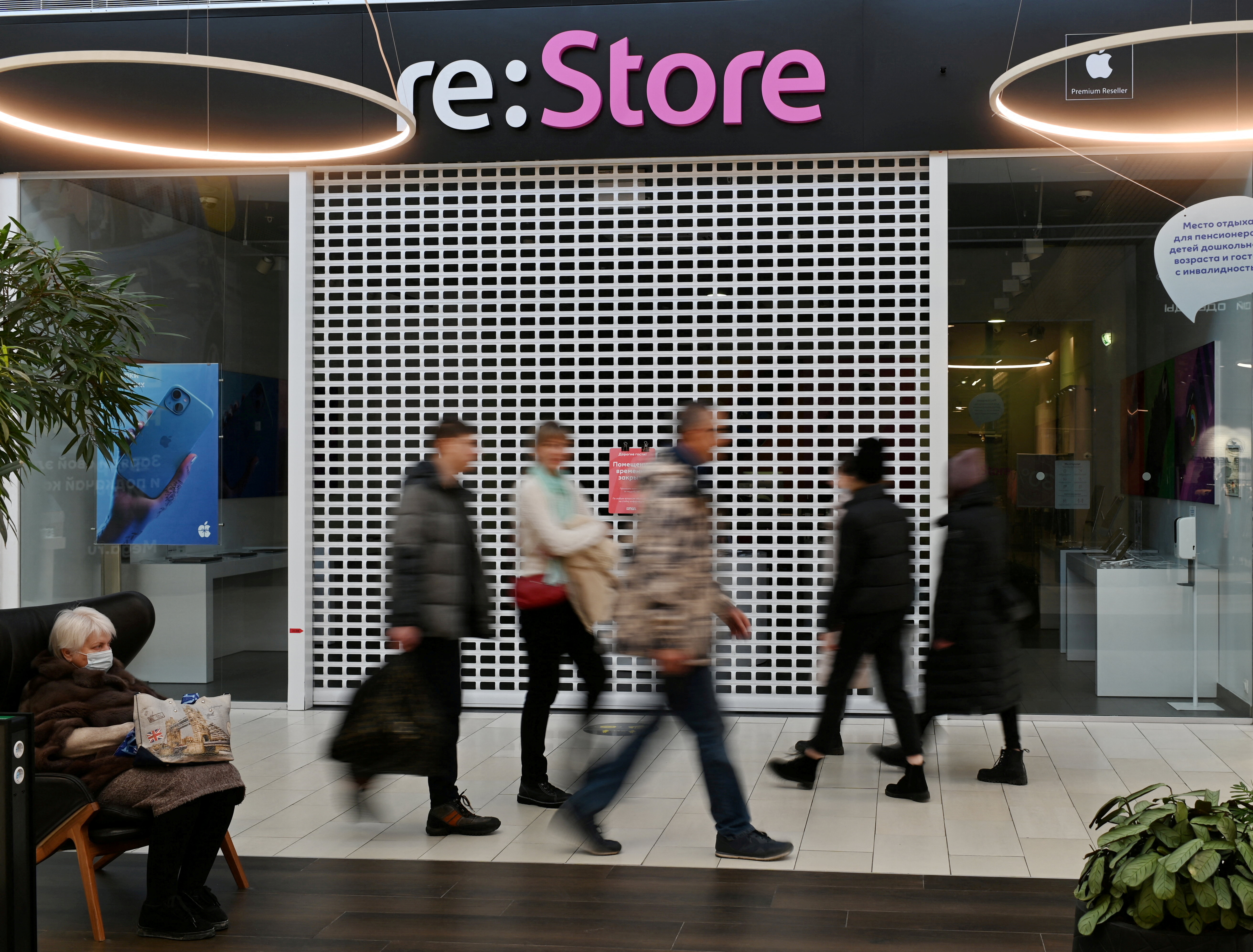 But fleeing had become much more difficult than before: the 27 European Union countries, along with the United States and Canada, had banned flights to and from Russia. The Estonian capital of Tallinn, once an easy long-weekend destination a 90-minute plane ride from Moscow, suddenly took at least 12 hours to reach on a road through Istanbul.

Even indirect travel via the internet and social media has been curtailed for Russians. In March, Russia banned Facebook and Instagram, although this can be circumvented using VPNs, and closed access to foreign media websitesincluding the BBC, the US government-funded Voice of America, Radio Free Europe/Radio Liberty and German broadcaster Deutsche Welle. 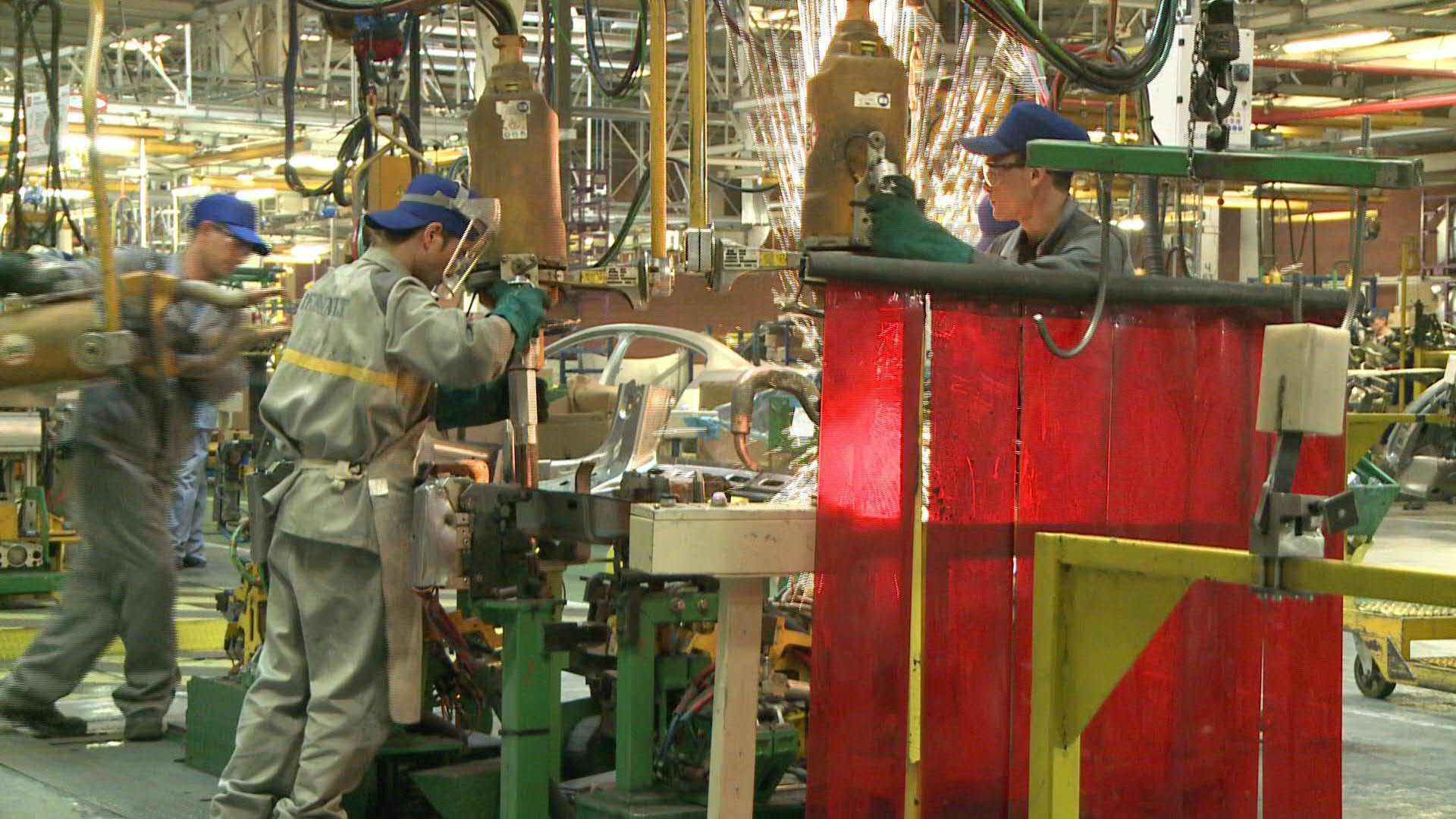 In the grip of Western sanctions against Russia, the French car manufacturer Renault confirmed on Monday that it had sold its assets in this country to the Russian state, during the first major nationalization since Moscow’s offensive in Ukraine.

After Russian authorities passed a law requiring up to 15 years in prison for stories including “fake news” about the war, many major independent media have closed or suspended their operations. Among them were the Ekho Moskvy radio station and Novaya Gazeta, the newspaper whose editor Dmitry Muratov shared the latest Nobel Peace Prize.

The psychological cost of repressions, restrictions and reduced opportunities could be high for ordinary Russians, although difficult to measure. Although some opinion polls in Russia suggest that support for the war in Ukraine is strong, it is The results are likely to be skewed by respondents who remain silent, reluctant to express their true opinions. 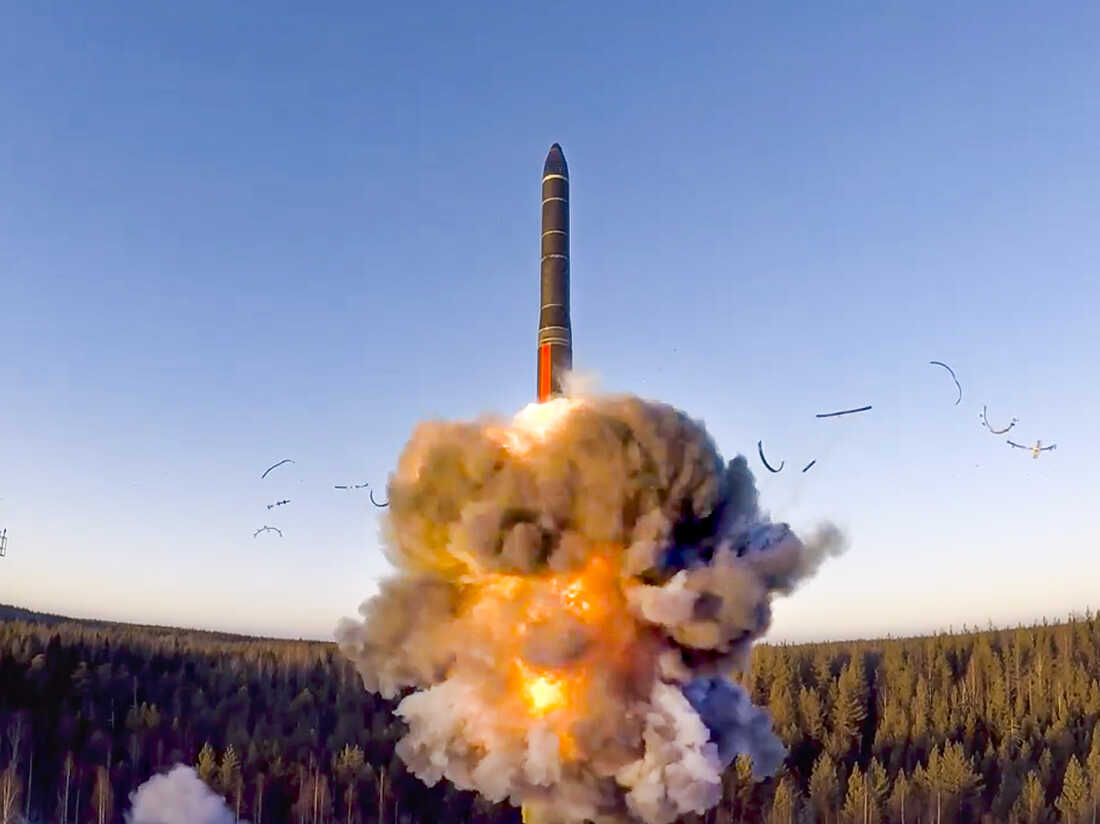 The Russians discuss the implications of a nuclear war without considering the destruction it would cause. (Russian Defense Ministry Press Service via AP, File)

Andrei Kolesnikov of the Carnegie Moscow Center wrote in a commentary that Russian society is currently trapped by a “aggressive submission” and that the deterioration of social ties could be accelerated.

“The discussion is getting wider and wider. You can call your countryman who has a different opinion a “traitor” and consider him an inferior type of person. He can, like most senior state officials, speculate freely and quite calmly about the prospects of nuclear war. (That is) something that was definitely never allowed in Soviet timeswhen both parties understood that the resulting damage was totally unthinkable”wrote.

“Now that understanding is fading, and it’s another sign of the anthropological disaster that Russia is facing,” he said.

The economic fallout has not yet fully materialized, but in the early days of the war, the The Russian ruble has lost half of its value. But the Government efforts to support it have actually raised its value above its pre-invasion level. 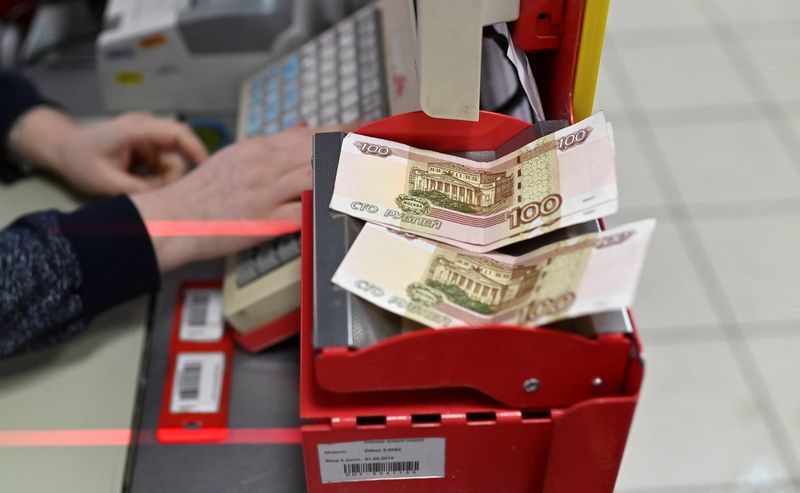 “We are now seeing a deterioration in the economy across a wide range of sectors. Companies are warning that they are running out of spare parts. Many companies are placing their workers in part-time jobs and others are warning them that they must close completely. So there is a real fear that unemployment will rise in the summer months, that there will be a sharp drop in consumption, retail sales and investment,” he told The Associated Press. .

The relatively strong rouble, encouraging as it may seem, also poses problems for the national budget, Weafer said.

“They actually receive their earnings in foreign currency from the exporters and their payments are made in roubles. So the stronger the ruble, the less money they have to spend,” he said. “(It) also makes Russian exporters less competitive, as they are more expensive on the world stage.”

If the war drags on, more companies may leave Russia. Weaver suggested that companies that have only suspended operations could resume if a ceasefire and peace deal is reached for Ukraine, but he said the window for that could close.

“If you walk around the malls of Moscow, you can see that many fashion stores, Western business groups, have simply rolled down their shutters. Your shelves are always full, the lights are always on. They are not just not open. So they haven’t retired yet. They’re waiting to see what’s next.” he explained.

These companies will soon be under pressure to resolve the limbo their Russian businesses find themselves in, Weafer said.

“We are now getting to the stage where companies are starting to run out of time, or maybe run out of patience,” mentioned.

Russia’s invasion of Ukraine LIVE: Zelensky warns ahead of Davos Forum that ‘this is the time when it is decided whether brute force will rule the world’
The four measures proposed by the IMF at the Davos Forum for the world to overcome its “greatest challenge since the Second World War”
Ukraine has ruled out ceding territory to Russia to secure a ceasefire