Russia will be closer to a possible default from midnight on May 25. The United States will close the last way for Russia to pay its billions in debt to international investors this Wednesday and Thus, the first breach since the Bolshevik revolution in the country presided over by Vladimir Putin and which invaded Ukraine three months ago could begin to widen.

The US Treasury Department made it official today that it does not plan to renew the license to allow Russia to continue paying its debtors through US banks.

Since the first rounds of sanctions, the Treasury Department has granted banks a license to process any payment for Russian bonds. This window expires this midnight.

1 – The decision of the United States

“OFAC will not be renewing the ‘Waiver’ provisions which expire on May 25, 2022 at 12:01 a.m.,” the Treasury Department said in a statement released by the Office of Foreign Assets Control (OFAC).

Secretary of the Treasury, Janet Yellensaid last week that it was “reasonably likely” that his department would let the license expire, saying it was still a temporary measure. 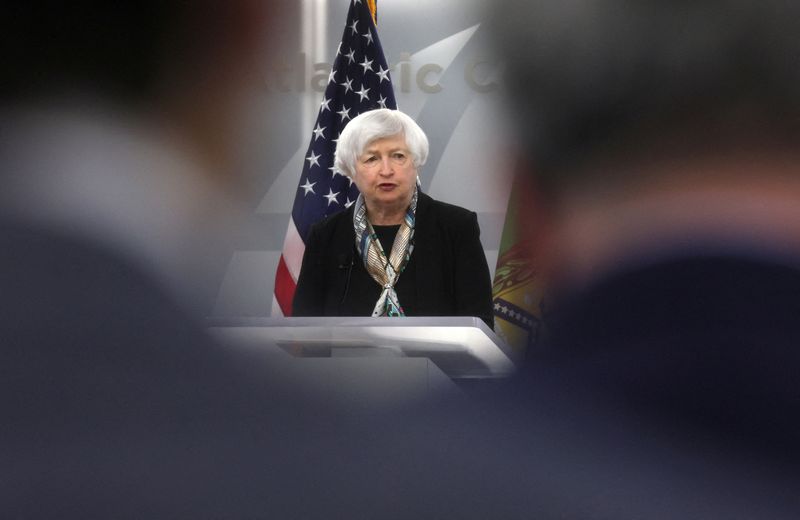 The decision to move forward indicates that the United States would rather force Russia, under a series of punitive sanctions for its war in Ukraine, into default than allow the nation to empty its coffers for the benefit of investors. Americans.

But as the change in U.S. restrictions adds another hurdle to securing bond payments from foreign investors, according to Bloomberg It is not yet clear whether this will be enough to push Russia into default.

It is that all payments to Americans will not be prohibited from May 25. Under a license issued by the Treasury on April 7, US investors have until June 30 to divest from Russian financial institution Alfa-Bank AO and until July 1 to divest from diamond company Alrosa. PJSC.

Amid the bloody invasion of Ukraine and a long list of obstacles and sanctions imposed by the world of global finance, Russia has nearly $2 trillion in payments due until the end. of the year on its international obligations.

So far, the country has managed to make its international obligation payments despite Western sanctions over the Ukraine conflict and Moscow’s countermeasures, which have complicated the movement of money across borders.

Like other debt, maturing Russian bonds have a 30-day grace period, which would force Russia to declare default at the end of July. Regardless of whether it could end the war, a scenario that seems unlikely, most investors believe Russia will default for months.

According to ACBNews, insurance contracts that cover Russian debt already show an 80% probability of default and rating agencies such as Standard & Poor’s and Moody’s have placed the country’s debt in the lowest tiers. “Russia has not defaulted on its international debts since the Revolution of 1917, when the Russian Empire collapsed and the Soviet Union was created. The country defaulted on its debts in the late 1990s, during the Asian financial crisis, but was able to recover from this default thanks to international assistance.

The roads are closed for Putin, although there are still doubts about what might happen.

Jay Auslander, a sovereign debt lawyer who has litigated other debt crises before, such as the one in Argentina, said that at this point most institutional investors in Russian debt have most likely sold their securities, knowing the end of term. Those who still hold the debts are defaulting investors or those willing to litigate for years.

“Most of those who wanted to leave have already done so. The only problem is finding buyers.”he pointed.”

On Friday, Russia rushed forward payments of two international bonds, one denominated in euros and the other in dollars, a week before they expire. If he does not pay, Russia has a grace period of up to 30 days to find a solution, as it did in early May when it sent money to investors at the last minute. after the initial blocking of payments.

With information from Bloomberg and Reuters

Point-by-point how the government’s announced ‘light stocks’ will play against major oil companies
George Soros’ warning: ‘Civilization may not survive’
One in four young Argentinians between the ages of 18 and 24 neither study nor work