A delegation of senior officers and pilots from the Argentine Air Force tested fighter jets in the Chinese city of Beijing JF-17 Thunder, produced in the State Corporation CATIC, amid rumors of a formal government bid to acquire at least 12 of these devices.

Beyond these militant movements, led by the Argentine Ambassador, Savino Vaca Narvaja, the finalization of an acquisition is still a long way off, as they warned Infobae defense authorities.

“The Ministry of Defense is studying various projects for supersonic fighter aircraft, among which there are proposals for United States via Denmark, China, India, Israel and Russiaeven if for the latter the conflict with Ukraine has delayed its continuity”, they indicated.

In addition, and again according to sources on site, “a proposal from South Korea was also evaluated, but unfortunately it had to be discarded at the request of the United Kingdom because it contained British components”. 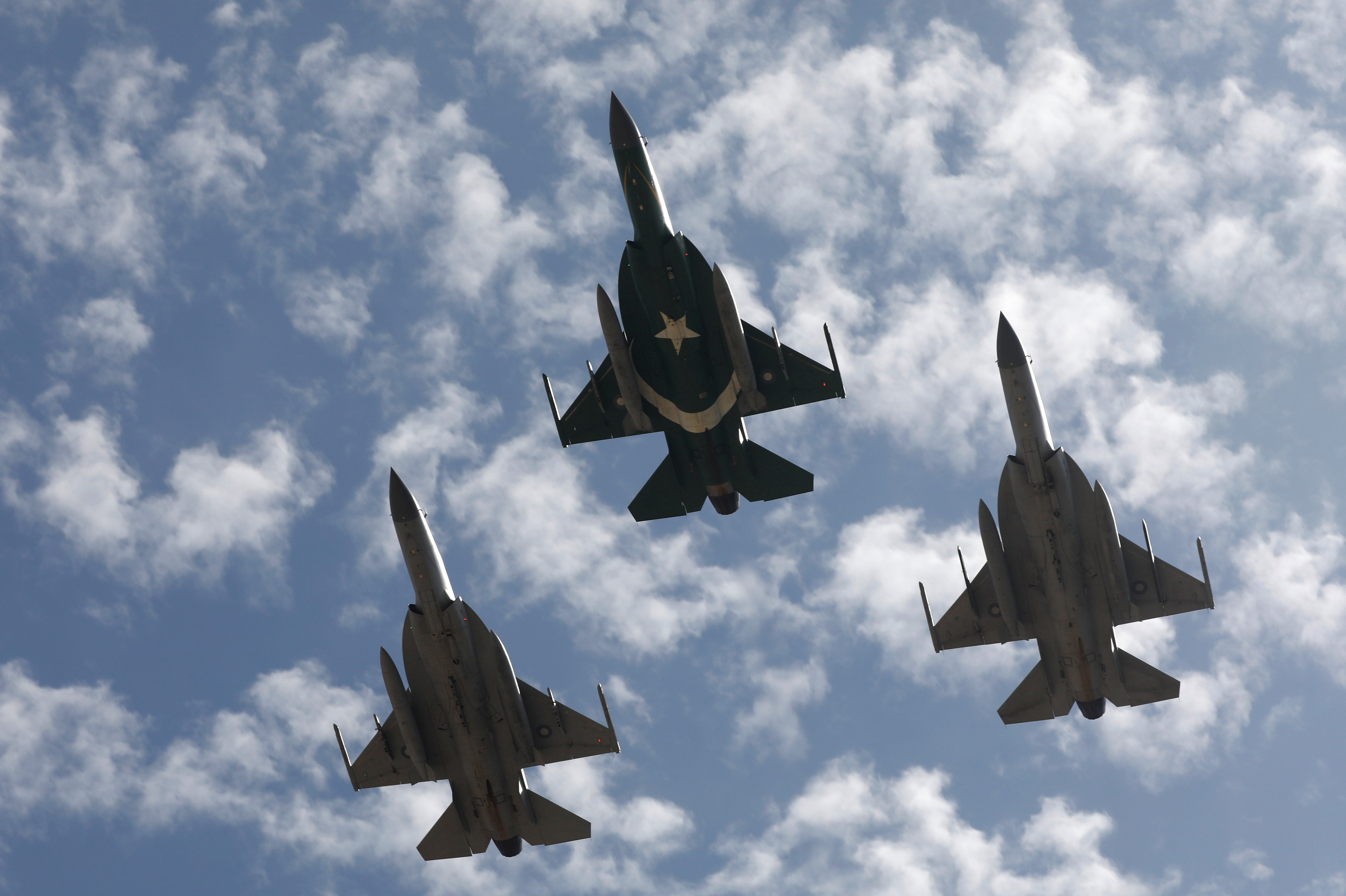 The JF-17 is a third generation fighter aircraft developed in conjunction with the Pakistani Air Force. (REUTERS/Akhtar Soomro)

With regard to this last aspect, it should be recalled that from 1982 Britain has imposed a strict blockade on the sale of arms containing kingdom components to Argentina.

Specialists in military aviation, consulted by this media, assured that the choice of an air weapon system justifies the need to test not only the aircraft itself, but also it is necessary to test the flight simulation systems that will accompany the purchasebecause these are essential for the training of pilots before giving them the corresponding ability to fly.

Among the latest proposals received in Defense, there is a very recent one from the United States, which consists of planes of Danish origin under very advantageous payment conditions. “It really is an offer that deserves our attention”indicated from the portfolio in charge of Jorge Taiana. 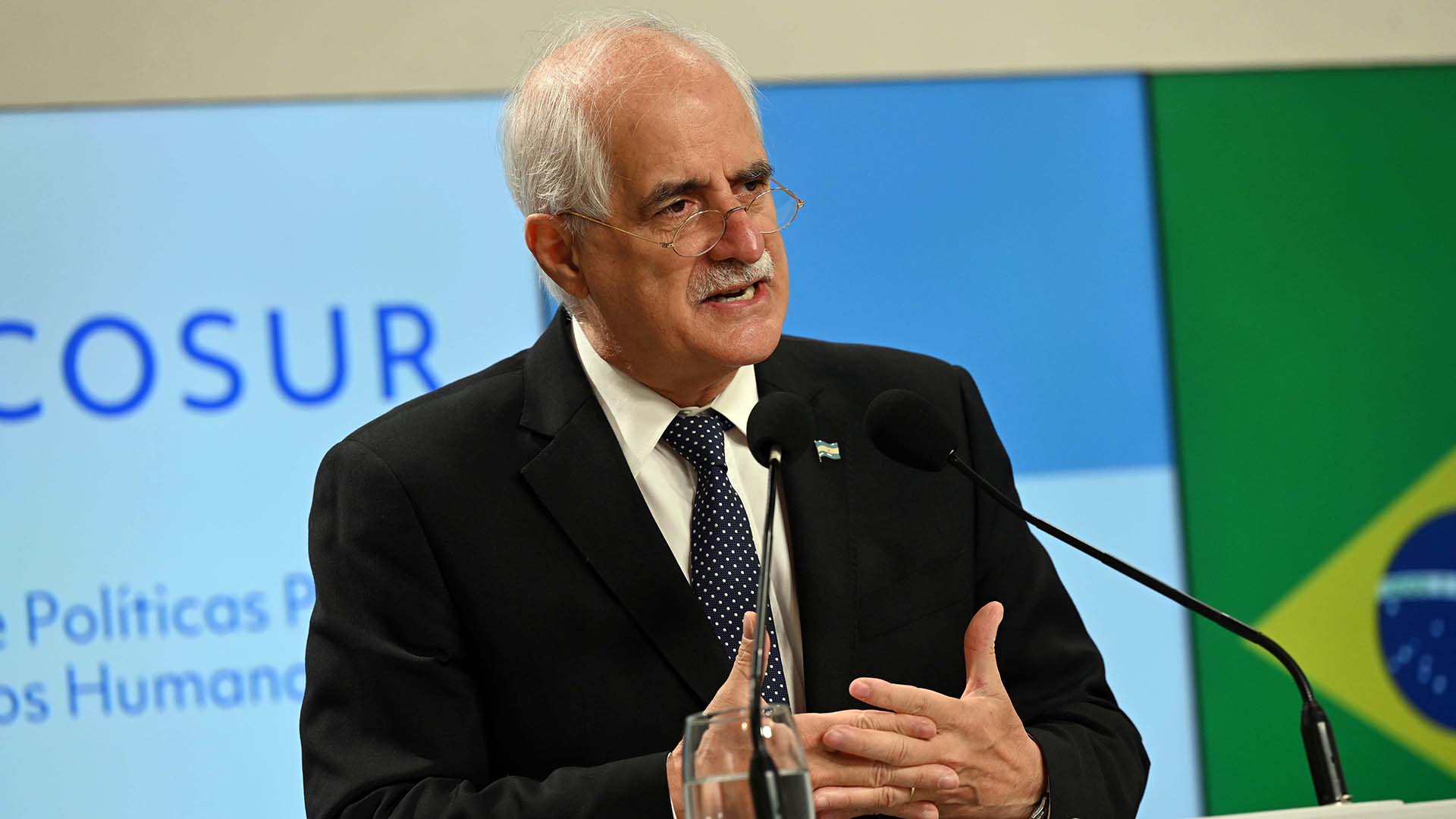 Jorge Taiana, Minister of Defense of the Nation. (Telam)

The American offer came from the hand of the new head of the US Southern Command, General Laura Richardsonduring his recent meeting with Minister Taiana as part of his visit to the country. Besides, trial tours are pending in Israel, the United States and Russia, although for now the latter option is on hold.

The corridors of the Libertador building – defense headquarters – still resonate with the excesses of the failed administrative act which led to the inclusion in the 2022 draft budget – ultimately not approved – of a post of more than 600,000,000 US$ for purchase of 12 JF-17 aircraft.

The inclusion of the aircraft make and model was a big mistake and generated the claim not only of the political opposition, but also of the diplomatic delegations of the countries which aspire to participate in a possible international call for tenders.

Military analysts define as an outline of state policy the actions initiated under the government of Mauricio Macri, and pursued by the current administration with regard to the re-equipment and operational modernization of the armed forces.

“In 2018 (Oscar) Aguad signed the purchase of 4 ocean patrol boats from France, Agustín Rossi received the first two, Taiana did the same with the third and will receive the fourth during the first week of June”, they recalled in the Libertad. building.

Negotiations for the modernization and re-equipment of the military equipment of the Argentine Air Force began during the management of Augustin Rossiand remained active after the arrival of Jorge Taiana at the Ministry of Defence.

In addition to the acquisitions and modernizations carried out at the local level through the FONDEF (Defence Fund), the need to restore to military aviation its firepower decimated after the Falklands war begins with intend to acquire at least 12 fighter aircraft which, necessarily, must be obtained on the international market, for which it is essential to have a budget item included in the national budget. “You cannot buy a screw until you have an approved budget, since it is not a current expense but an investment”explained the technicians of the region to this media.

According to CATIC, the JF-17 is a fourth generation fighter aircraft. The aircraft are equipped with a three-axis FBW (Fly by Wire) flight control system, as well as an advanced avionics system.

It includes an AESA radar, an advanced electronic warfare system and a tactical data link.

It has short and long range air missiles, air to surface missiles and anti-ship weapons. It is also suitable for advanced training with two seats in tandem.

The modernization of the armed forces in Latin America: the Defense agenda, in a regional key
Alberto Fernández will finally not travel to Antarctica to celebrate May 25 and will go to the Tedeum of the Cathedral of Buenos Aires
Hell in the Falklands: the 54 air missions against the British fleet and death from above