When Metallic arrived in 93 in Argentina for the first time and played in Velez you had to go see him because you didn’t know if he was coming back. Later, of course, fans were stuffed with eight shows through 2017, even in Córdoba, but after two pandemic suspensions, it was necessary to go see them because the one on Saturday could be the last. Either way, the energy and sound the Los Angeles quartet delivers make those who love their music come here every time they come. And who doesn’t too.

The thirst for thrash metal (although with very interesting arrangements on several tracks that reduce this range) has long been quenched with sold out places at the Argentinian polo ground in Palermo (there were the young fans and those from before with their children, a classic of these long-standing groups). According to calculations, 60,000 people saw a neat, almost perfect show which gave rise neither to vagueness nor to improvisation except for the unforgettable final salute. 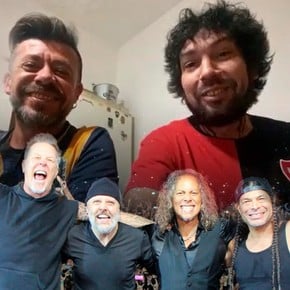 one of the leaders, James Hetfieldfurious vocals and second guitar (he must have a rocky right fist from strumming), after treating the audience like family and emphasizing that in 40 years of career the group continues to come to the country, went to the mic to donate the picks he had left. The first guitar did the same Kirk Hammett and the bassist Robert Trujillobut these with dozens of picks they took out like in a plastic container of half a kilo of ice.

The microphones were still plugged in while the instruments were put away and the drums of the other leader of the group, Lars Ulrichchilled, dented. Hammet had already finished his greeting when Trujillo approached the microphone, demanded attention and was surprised with “Come on, come on, Argentina, come on, come on, let’s win this bar…”. The public who had not yet faced Libertador, between surprised and excited, could not believe it…

Naturally, only the first three words of the famous pitch song were needed for fans to complete in chorus what a Trujillo had started, like never before, he had taken over the stage as if he were the leading man of the group. After “Argentina, Argentina”, the former Ozzy Osbourne walked away with a giant smile as Ulrich walked up to him and asked what it was all about, not understanding the Spanish or people’s reaction.

Was Hetfield born in Misiones?

At one point in the show, after the sixth song (One), the now short-haired man with the face of a good and nice boy (he is 58 years old, the years pass and fortunately the voice of this young man with short hair long and wild leftover hair) he leaned over to get a drink, but instead of grabbing a bottle, he picked up a homie (yes, a homie) and took a good bombilla hit. ¡that!

The “Argentina, Argentina” replaced the usual “olé, olé, olé, Metá-licá”. It could have been: Mate-lica.

Not only did it look good on screen, Hetfield practically gifted it to people with the “Cheers!” very clear. Where did he come from? A promotion, are you going to plant yerba mate? None of that. Good old James is married to a woman from Rosario, Francesca Tomasi, whom he once met in the United States, in 92, they were married in 97 and have three children. Logically, the musician has adopted certain Creole customs, such as mate.

A show for fans and Co.

We didn’t really know with what structure the group that He was coming from Chile and had stopped at the same hotel as River. He did it with everything. Giant screens (maybe they should have shown the musicians more, especially for those who were in the common field, away from the stage), light shows and lots of pyrotechnics (more than Kiss, even). 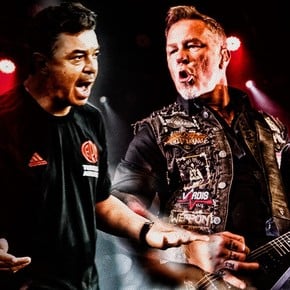 As for the themes, they played 16 in just over two hours with the guitars pounding the stop energetically, beyond the fact that it’s usually the job of the drummer-bass tandem, which does not exactly minimize this company. Ulrich and Trujillo (he plays with steel fingers, not a pick) will both be gone with cramps.

The list was a combo of their early albums (with Kill ‘Em All in ’83 the story was born), including five from the “black album”, the one which at the time (1991) aroused the questions of the most radical fans but brought new ones, not so trashy, let’s say. They opened with Wiplash (from Kill ‘Em…) and the closing for everyone to jump was with Enter Sandman (precisely from the other album mentioned). 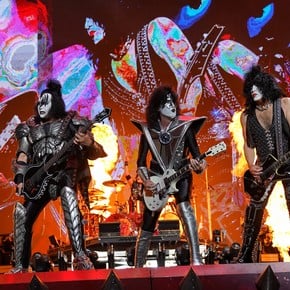 Those who did not know the set listwere probably surprised by three songs not as hiteros as Moth Into Flame, Spit Out the Bone (from the album Hardwire…to Self-Destruct; this sort of gives its name to the tour, the WorldWired Tour) and No Leaf Clover (from S&M). Obviously, Master of Puppets, Seek & Destroy, Creeping Death, etc. were not missing.

Until those who were on the balconies of the building behind the scenes will have appreciated, we imagine, listening to the audio live and watching the Flow show, which gave it live. It’s something… 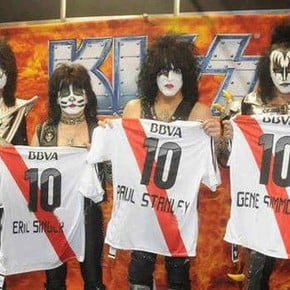 As one longtime fan put it, “they could have played more B-side songs.” However, they mostly chose the classics, the ones that sounded ten points and with which they know they don’t fail. Well, you never know when the last show will be. Therefore, it is better to take advantage of these types of groups when they come and not wait for the next opportunity.