More and more scientific evidence postulates than vaccination plus natural immunity against exposure to coronavirus leads to particularly strong protection, even against many variants of the virus. The call hybrid immunitythat is, natural immunity against infection combined with immunity conferred by the vaccine, appears to result in stronger protection than simple infection or separate vaccination.

So the COVID-19 vaccine plus infection can lead to months of immunity, Harvard scientists say. in new studies conducted to find out what protection confers this acquired double immunity.

Miguel Hernan, epidemiologist at Harvard TH Chan School of Public Health in BostonMassachusetts, said studies show the almost universal benefit of full vaccination, even in those who have already had COVID-19 disease. And he warned that some countries have issued statements encouraging people who have had COVID-19 to receive a single dose of vaccine: a measure that “may be justified in an environment of vaccine shortages, but which is not practical for the moment to be properly protected”. at the immunological level”, underlined the expert. 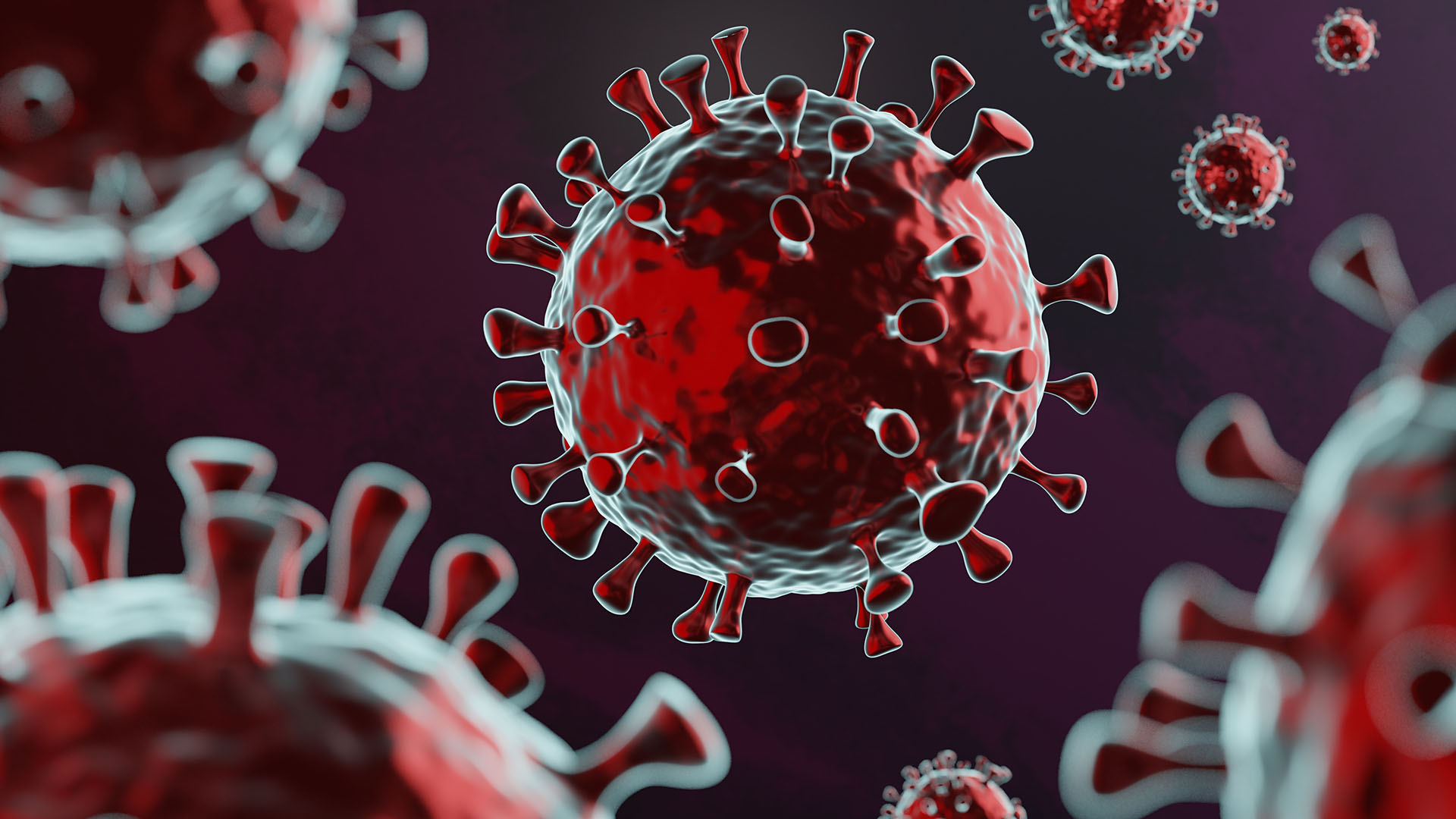 Shortly after countries started implementing vaccinesresearchers began to notice unique properties of vaccine responses in people who had previously been infected and recovered from COVID-19.

” We saw that antibodies are reaching these astronomical levels that exceed what is achieved with just two doses of vaccine,” Explain Rishi Goel, immunologist of the University of Pennsylvania in Philadelphia, who is part of a team that studies superimmunity, or hybrid immunity, as most scientists call it.

In a recent scientific studies made in Brazil and published in The Lancetcollected data from patients infected and vaccinated before the emergence of the Omicron variant. Jules Croda, infectious disease physician and epidemiologist at the Oswaldo Cruz Foundation in Rio de Janeiro, Brazil. Croda and his colleagues analyzed Brazil’s vaccination and infection databases to prove that the claims of Brazilian President Jair Bolsonaro, who said that since he already had COVID-19, he therefore did not need to be vaccinated, were false.

The researchers found that between February 2020 and November 2021, people who had previously been infected with SARS-CoV-2 and subsequently received a dose of the vaccine – manufactured by Pfizer-BioNTech, Oxford-AstraZeneca, SinoVac or Johnson & Johnson- avoid up to 45% of COVID-19 cases the group would have had to contract without vaccination.

Full cycles of two-dose vaccines averted up to 65% of expected infections and more than 80% of expected cases of severe COVID-19. “The big message is this: there is a need to have a comprehensive vaccination schedule for COVID-19,” Croda said. 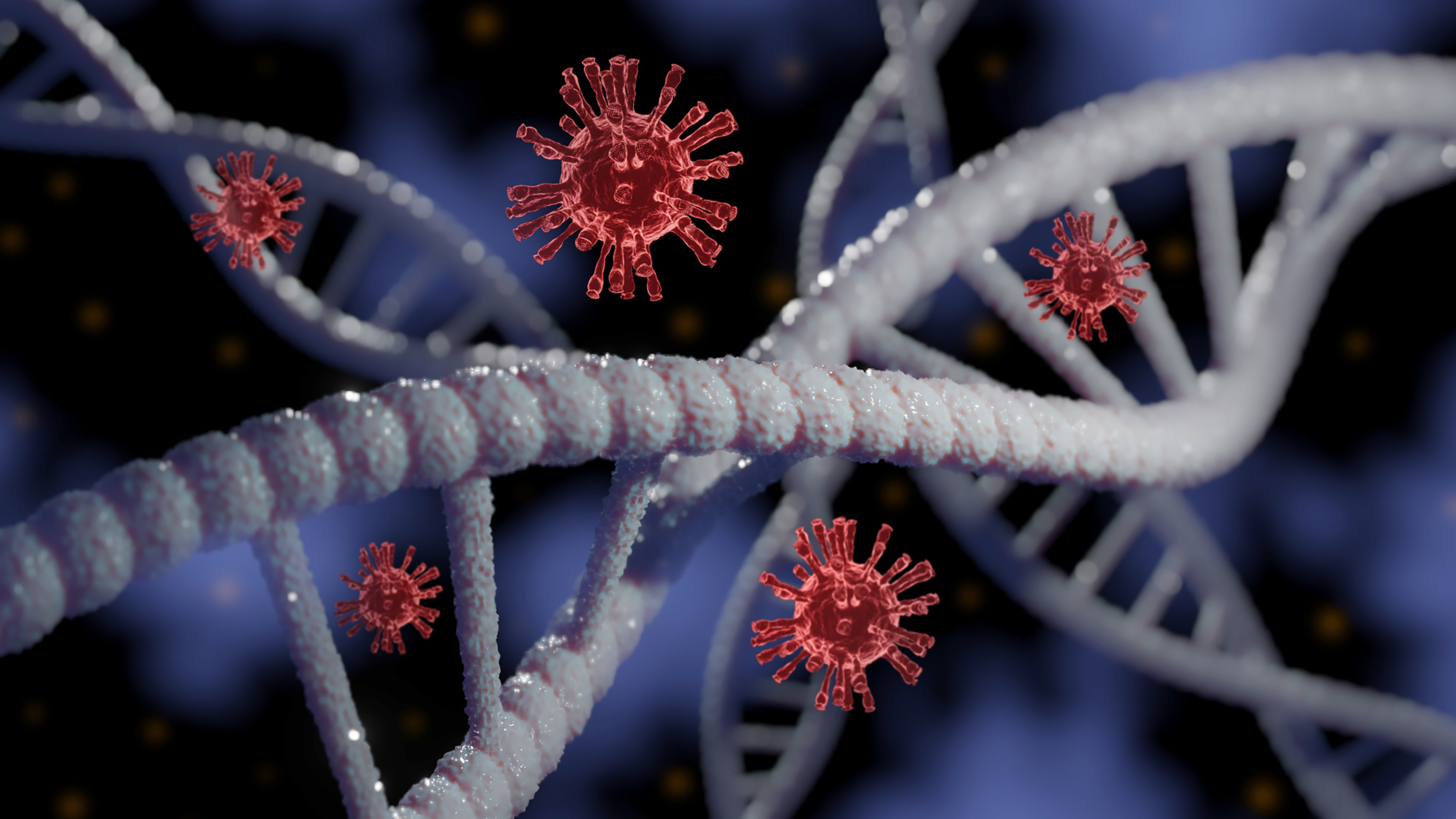 Some authorities consider previous infections when deciding who should have access to public places, such as concerts and restaurants, but others only consider vaccination status. Peter Nordstrom, An epidemiologist from Umeå University in Sweden says this dichotomy caused him and his colleagues to another of the studies.

Using records collected by the Swedish Public Health Agency between March 2020 and October 2021, researchers showed that Swedish residents who had been infected with SARS-CoV-2 had a 95% reduced risk of contracting COVID-19 compared to people who had no immunity, and protection increased for three months after infection and lasted until at least 20 months after infection. One dose of the vaccine reduced the risk of infection by about another 50%, and a second dose stabilized the additional protection for six months after vaccination.

Even though vaccination increases protection, Nordström believes immunity afforded by infection alone is worth considering. “Maybe we should have immunity passports instead of vaccination passports. Therefore, you are considered immune and less likely to spread the disease if you have been fully vaccinated or have had a documented infection in the past. » 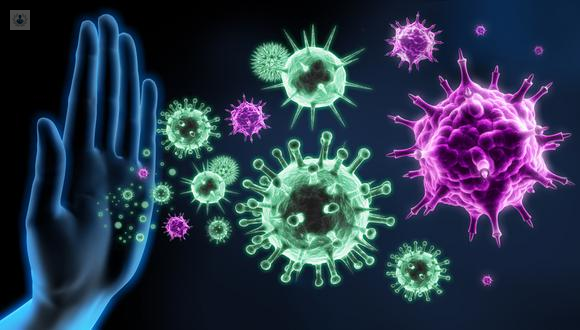 Epidemiologist Victoria Hall from the UK Health Security Agency in London and her colleagues conducted the third workshop by tracking infections in thousands of healthcare workers from March 2020 to September 2021. Researchers found that prior infections prevented more than 80% of otherwise expected COVID-19 cases within a year of infection, but protection dropped to around 70% after one year.

Study participants who received two doses of the Pfizer-BioNTech or Oxford-AstraZeneca vaccine after an infection had a close to 100% protection for at least six to eight months after the second dose. “Protection declined over time after vaccination and also after infection, but remained consistently high in people with hybrid immunity,” Hall concluded of the recent research. 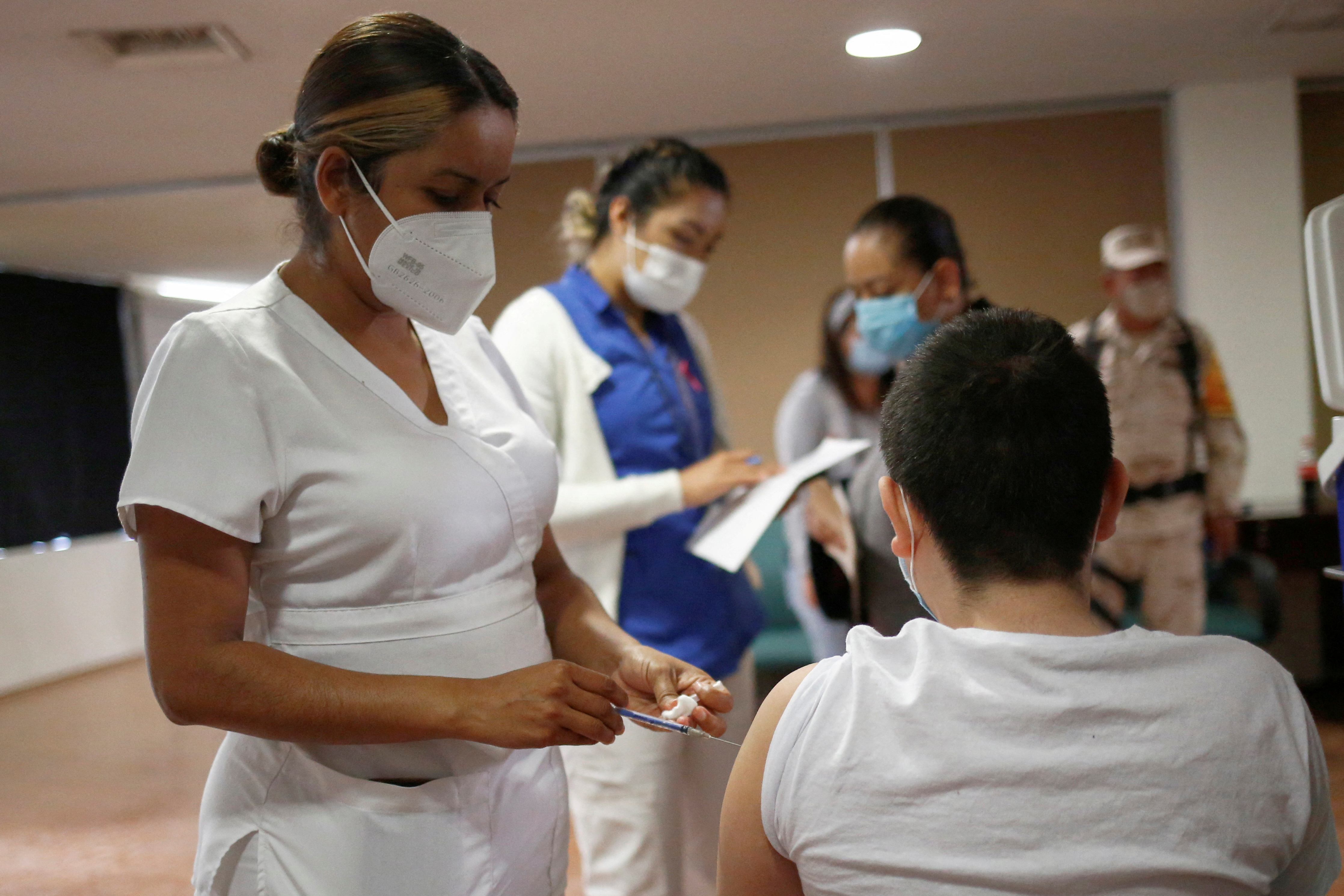 The initial studies people with hybrid immunity found that your serum, the portion of blood that contains antibodies, was much better able to neutralize immunoevasive strains, like the variant Beta identified in South Africa, and other coronaviruses, compared to vaccinated people who had never experienced SARS-CoV-2. It was unclear whether this was due to high levels of neutralizing antibodies alone or to other properties.

The most recent studies suggest that hybrid immunity is due, at least in part, to immune agents called memory B cells. Most of the antibodies produced after infection or vaccination come from short-lived cells called plasmablasts, and antibody levels decline when these cells inevitably die. Once the plasmablasts have disappeared, the main source of antibodies becomes the much rarer memory B cells that are triggered by infection or vaccination.

a separate studio found that, compared to mRNA vaccination, infection leads to a pool of antibodies that recognize variants more evenly by targeting various regions of the peak. The researchers also found that people with hybrid immunity produced consistently higher levels of antibodies, compared to vaccinated people who have never been infected, up to seven months. Antibody levels were also more stable in people with hybrid immunity, the immunologist-led team reports. Duane Weseman in the Harvard Medical School in Boston, Massachusetts. 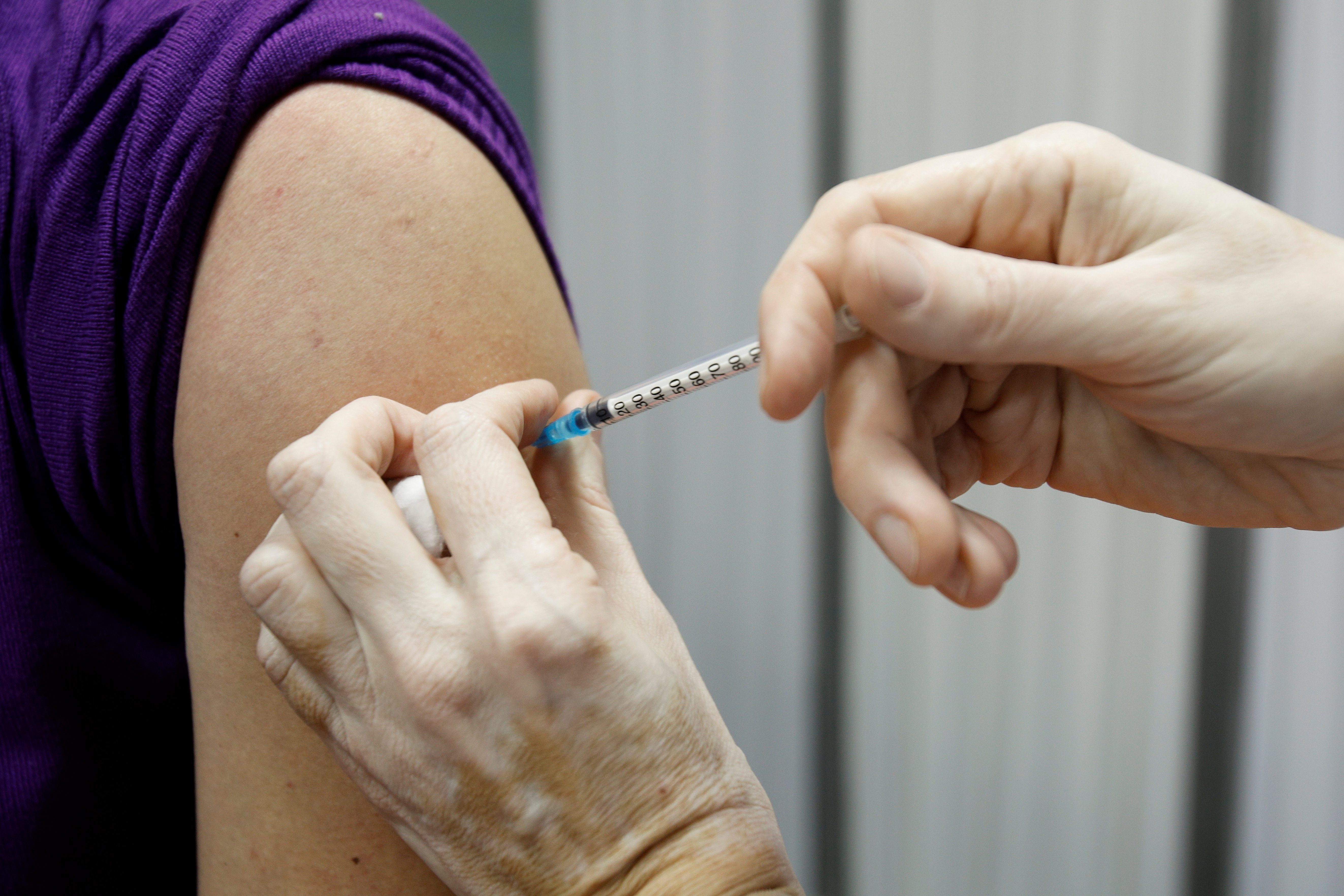 The latest studies suggest that hybrid immunity is due, at least in part, to immune agents called memory B cells (REUTERS/Stevo Vasiljevic/File Photo)

Many hybrid immunity studies have not followed previously uninfected vaccine recipients as long as those who have recovered from COVID-19, and it is possible that their B cells produce antibodies that gain strength and magnitude with more time, additional doses of vaccine, or both. It can take months for a stable pool of memory B cells to establish and mature.

It exists some evidence enough to people who received both kick without having been infected before seem to be catching up. The team of Ellebedy collected lymph node samples from individuals vaccinated with mRNA and found signs that some of his vaccine-triggered memory B cells acquired mutations, up to 12 weeks after the second dose, which allowed them to recognize various coronaviruses, including some that cause colds.

Vaccination against COVID-19: who has never been vaccinated and who is the most protected in Argentina
Record COVID reinfection: a woman was infected twice in just 20 days
Does the Omicron variant generate a shorter infection period?