The ground offensive of the Russian troops in Ukraine is slowed down by the lack of troops and the successful Ukrainian counter-offensive. According to British intelligence, Vladimir Putin’s army could have lost a third of the ground forces that entered Ukrainian territory nearly three months ago.

“To date, Russia has suffered casualties amounting to probably a third of the ground troops that entered combat in February,” the UK Ministry of Defense reported on Twitter.

The staff of the Ukrainian army reported on Saturday 27,200 dead in the Russian ranks, to which must be added more than 4,000 tanks and armored vehicles destroyed or captured.

On the eve of the war, Russia has concentrated more than 100,000 troops on the border with Ukraine and in the annexed Crimean peninsulawhich does not include the crews of the twenty warships stationed off the coast of Ukraine or the planes bombing the country.

“Despite initial small-scale gains, Russia has been unable to make any significant territorial gains over the past month,” British military intelligence notes.

For all these reasons, he adds, the offensive on the Donbass “has lost its strength and is falling far behind schedule” when the Russian “special military operation” began on February 24.

Along the same lines, the Secretary General of NATO, Jens StoltenbergHe assured that “the Russian war in Ukraine is not going according to Moscow’s plans. They failed to take kyiv. They withdraw from Kharkov and their main offensive in the Donbass is at a standstill”.

“Ukraine can win this war”he underlined, while calling on the allied countries to continue to help kyiv. 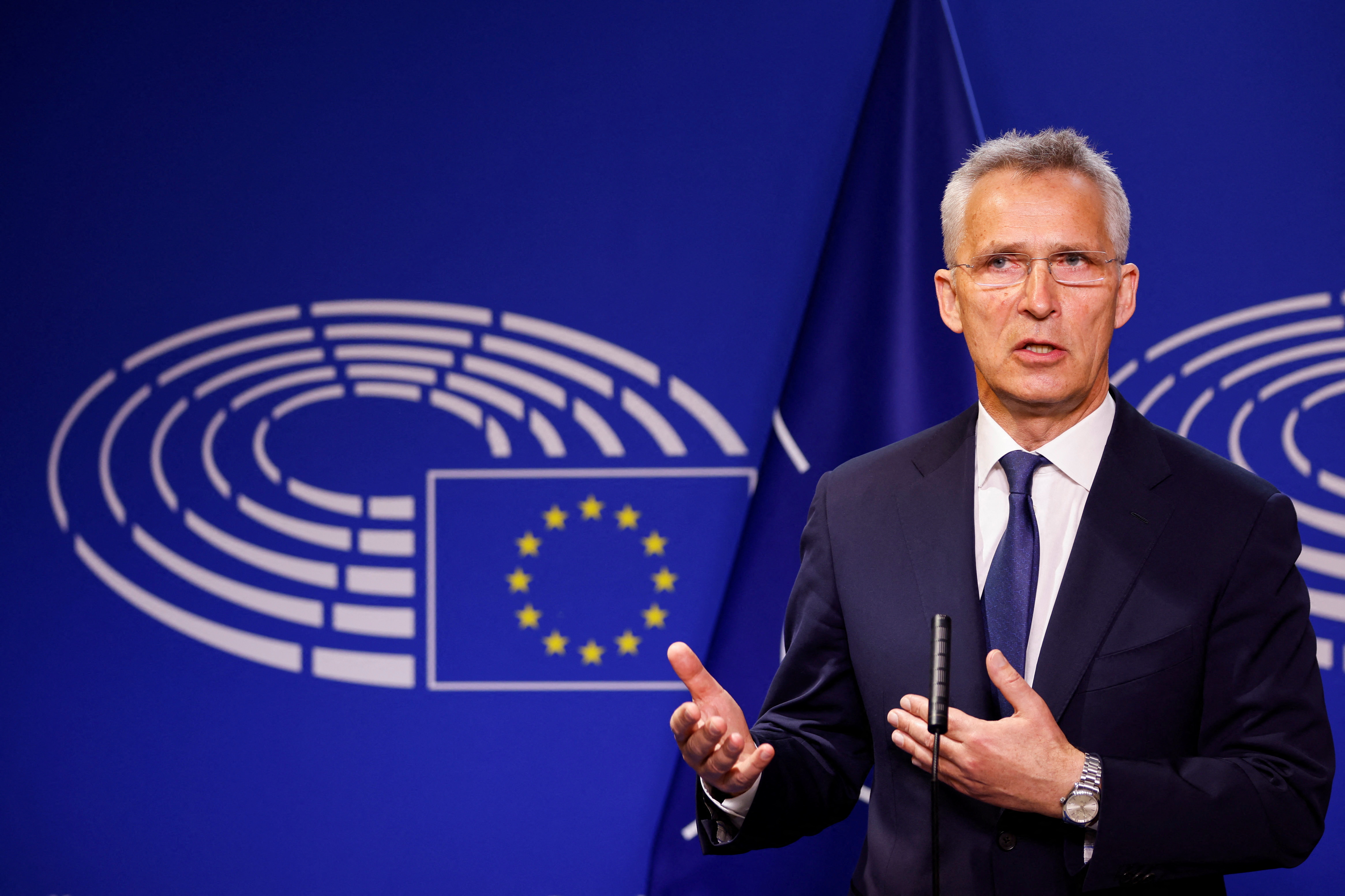 The Institute for the Study of War (ISW) points out that the destruction of a motorized brigade trying to cross the Seversky Donets River even provoked criticism from many Russian military experts and bloggers.

In your opinion, the images of numerous armored vehicles destroyed on both banks of the river show a profound lack of strategy and tactical sense on the part of Russian generals.

The ISW stresses that Russian forces have made no further attempts to advance and encircle Ukrainian strongholds in the Luhansk region: Severodonetsk and Lisichansk.

The Russians intend to block Severodonetsk by cutting road access from Zolote, 30 kilometers to the south, and later from Bakhmut (Donetsk).

However, the Ukrainian General Staff clarified in a statement that enemy troops regroup and replenish fuel and ammunition to resume the offensive of the Kharkov region against the Sloviansk communication center in Donetsk.

In fact, according to kyiv, the two sides are now fighting bitterly in the Izium region, the center of Russian operations in Kharkov.

“We must do everything so that the enemy leaves the north of our region”mentioned Oleg Sinegubovhead of the Kharkov military administration.

The expulsion of Russian troops from this industrial region, according to the official, would allow kyiv to break through the artery through which logistics flows from Russian territory. 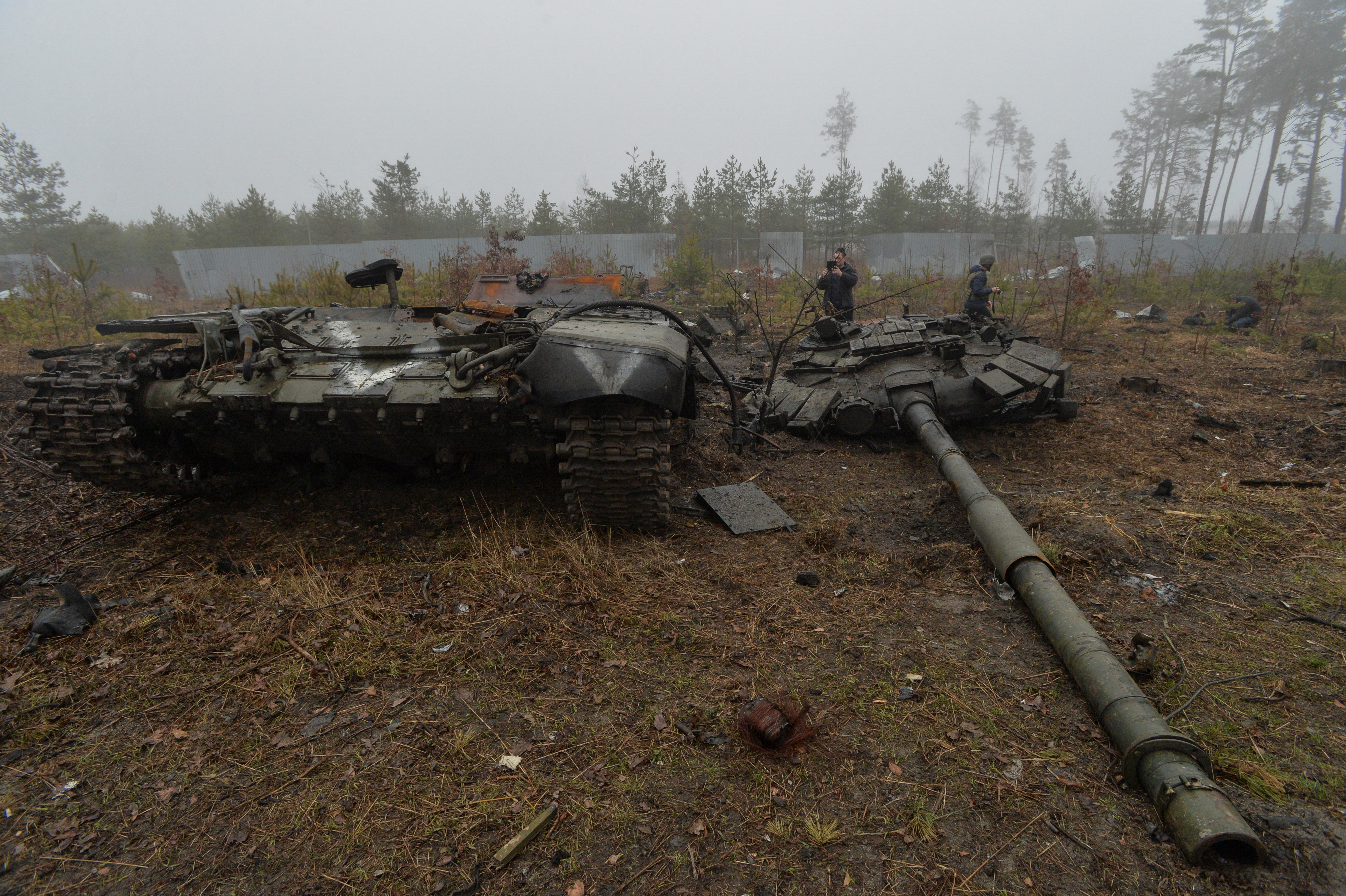 More than 4,000 Russian tanks and armor have been destroyed or captured (REUTERS/Oleksandr Klymenko)

The Russians, for their part, cannot give up the supply lines between Izium and Volchansk in the north, which would be an irreparable setback for the conquest of Donbass.

Ukraine’s plan is to resist the latest Russian offensive in the Donbass until the promised Western precision weapons needed to balance forces on the front lines arrive.

To this end, Ukrainian Foreign Minister Dmitro Kuleba met his American colleague Antony Blinken this Sunday in Brussels. “More weapons and other aid are already on their way to Ukraine”Kuleba wrote on Twitter.

Besides, they also discussed how to unblock Ukrainian grain export channels after kyiv accused Moscow of stealing part of its harvest.

“We agreed to work closely together to ensure that Ukrainian food exports reach consumers in Africa and Asia”added the Minister.

In turn, Turkey was prepared to evacuate the last Ukrainian fighters entrenched for weeks in the Azovstal steelworks in the port of Mariupol, among whom there would be half a thousand wounded.

In fact, a group of relatives of the fighters, mostly wives, traveled to Turkey to meet and ask for help from its Turkish President, Recep Tayyip Erdogan. 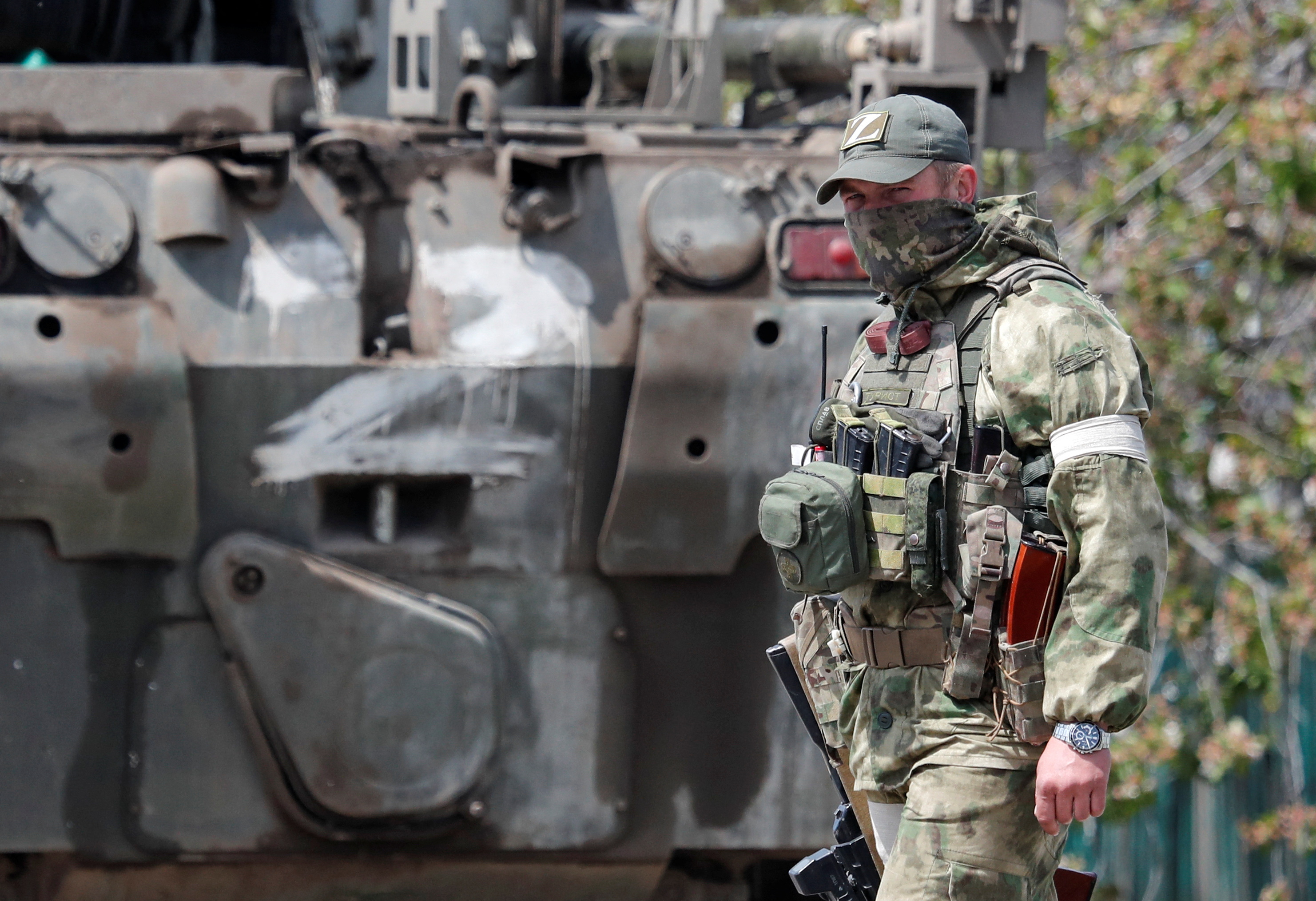 However, Russia’s chief negotiator, Vladimir Medinskyon Sunday ruled out the possibility that the fighters, members of the nationalist Azov battalion, were “subject to political negotiation”.

Medinski called them “war criminals” and considered the mere idea of ​​their evacuation “blasphemous” in light of what happened with the Nazi invasion of the Soviet Union in 1941.

Although Russian President Vladimir Putin, who has called members of Ukraine’s neo-Nazi groups “bastards”, has promised to stop the assault on the factory, the shelling around Azovstal is intense, according to kyiv.

According to a telegram denounced by a councilor of the Ukrainian city of Mariupol, Russian soldiers used white phosphorus bombs in the struggle for control of the sea-washed city of Azov.

With information from EFE

Finland has officially announced that it will begin the process of joining NATO
Ukraine accused Russia of throwing phosphorus bombs at soldiers resisting Mariupol factory and released footage of the attack
Antony Blinken meets Zelensky’s Foreign Minister: ‘There are more weapons and other aid on the way to Ukraine’