Skip to content
Some 70,000 people attended the first day of the carnival

Rio de Janeiro’s carnival buried two black years of COVID this Friday with a burst of euphoria that rumbled the iconic Sambadromeonce again become the Mecca of samba and all-caps fantasy.

Some 70,000 vibrant people accompanied the dazzling floats and armies of dancers who shook their bodies and sang at full speed in the open-air enclosure, the very one that served as a vaccination center during the pandemic.

Princesses with feathers and wings, kings and queens with spinning crowns, flowers and walking suns with colors so bright they lit up the night… the parades of the traditional ‘escolas’ of samba have returned in all their glory after a long wait of more than two years. 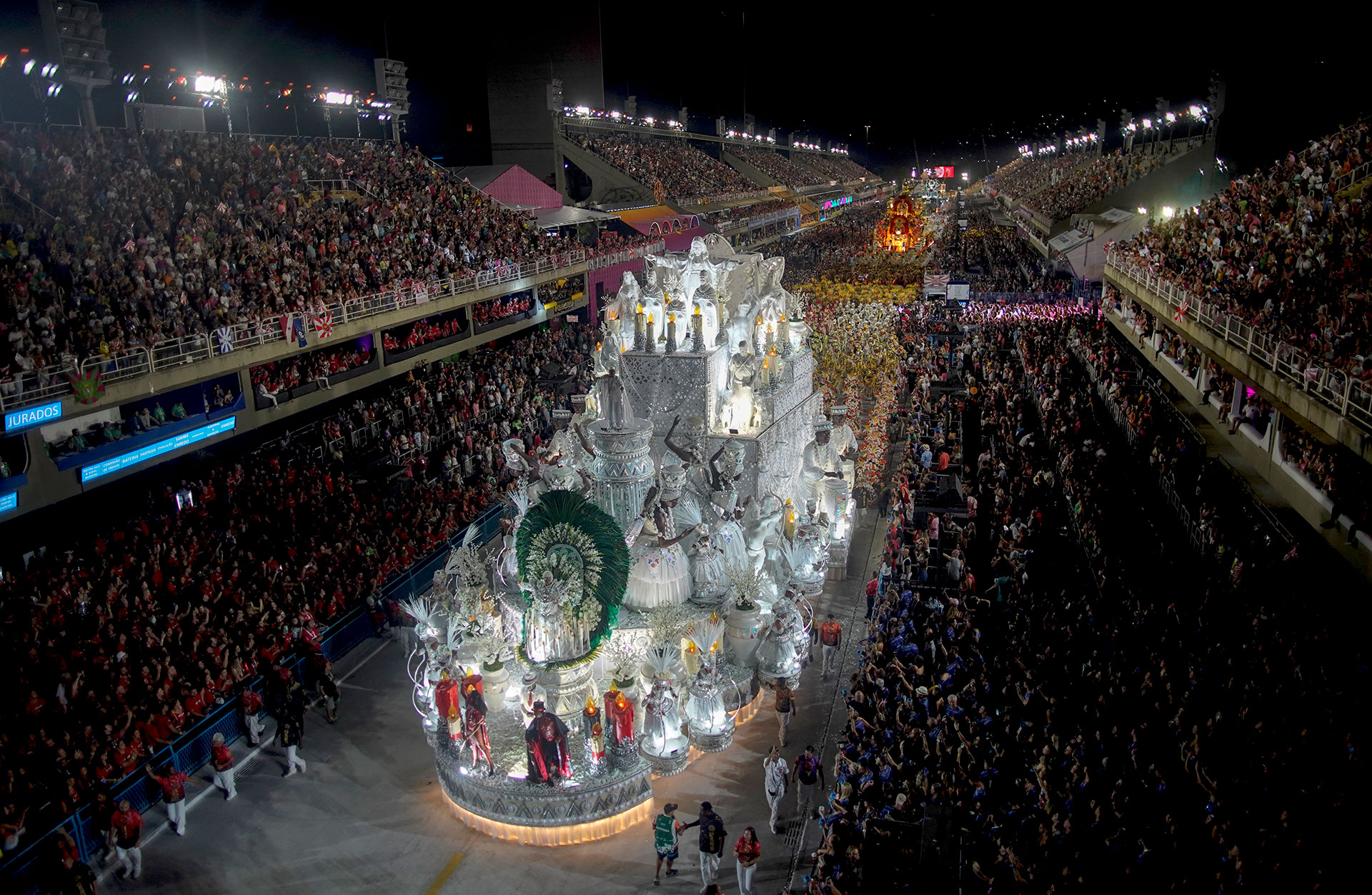 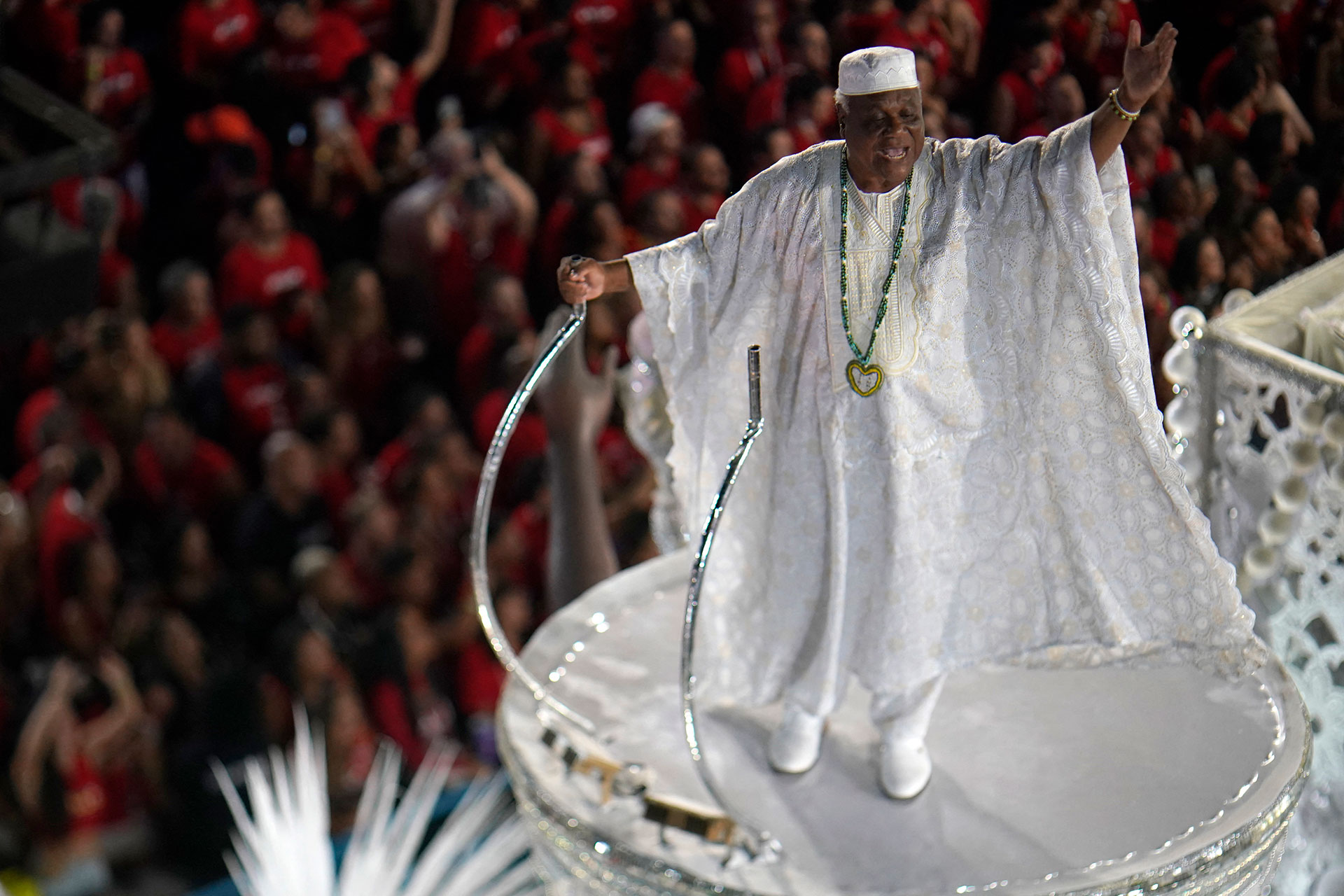 “It seems that I am finally reborn, during the pandemic I felt very sad, I was getting sick, because I love carnival“, he told the AFP the experienced Aunt Clea70 years old, who has to his credit half a century of parades next to the Viradouro school.

Current champion of the contest, Viradouro remembered the 1919 carnivalwhen samba schools did not yet exist, but cariocas took to the streets in droves to celebrate the end of the so-called Spanish flu, disguised as Pierrots, Colombians or the “black plague”. 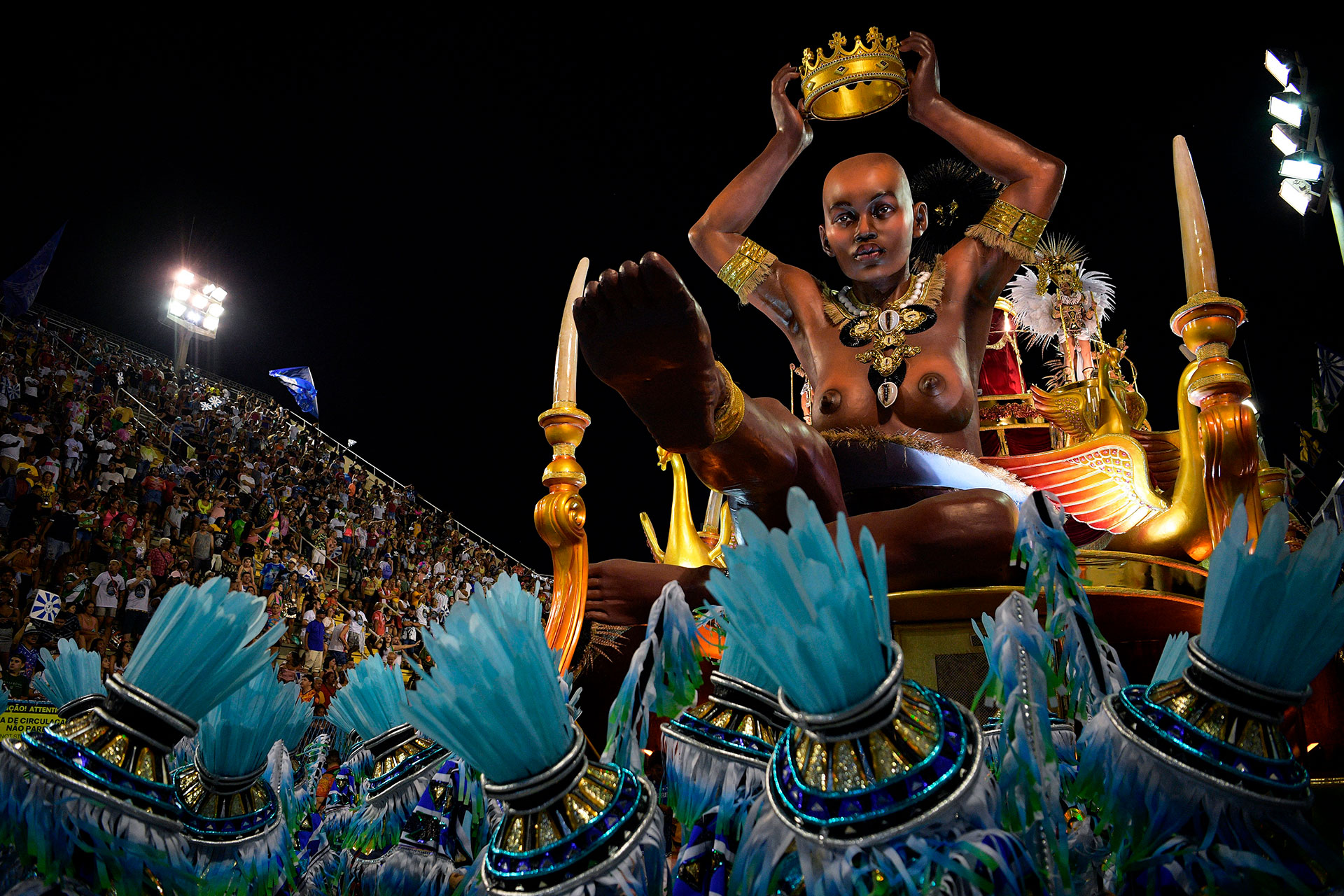 “I took off my mask in an enveloping climate, I put my lips gently and I kissed you in endless joy… carnival, I love you!“, chanted with euphoria the participants, in particular Silvio Guimaraes56 years old, dressed in an all-black suit, with a bird’s beak and a doctor’s bag. 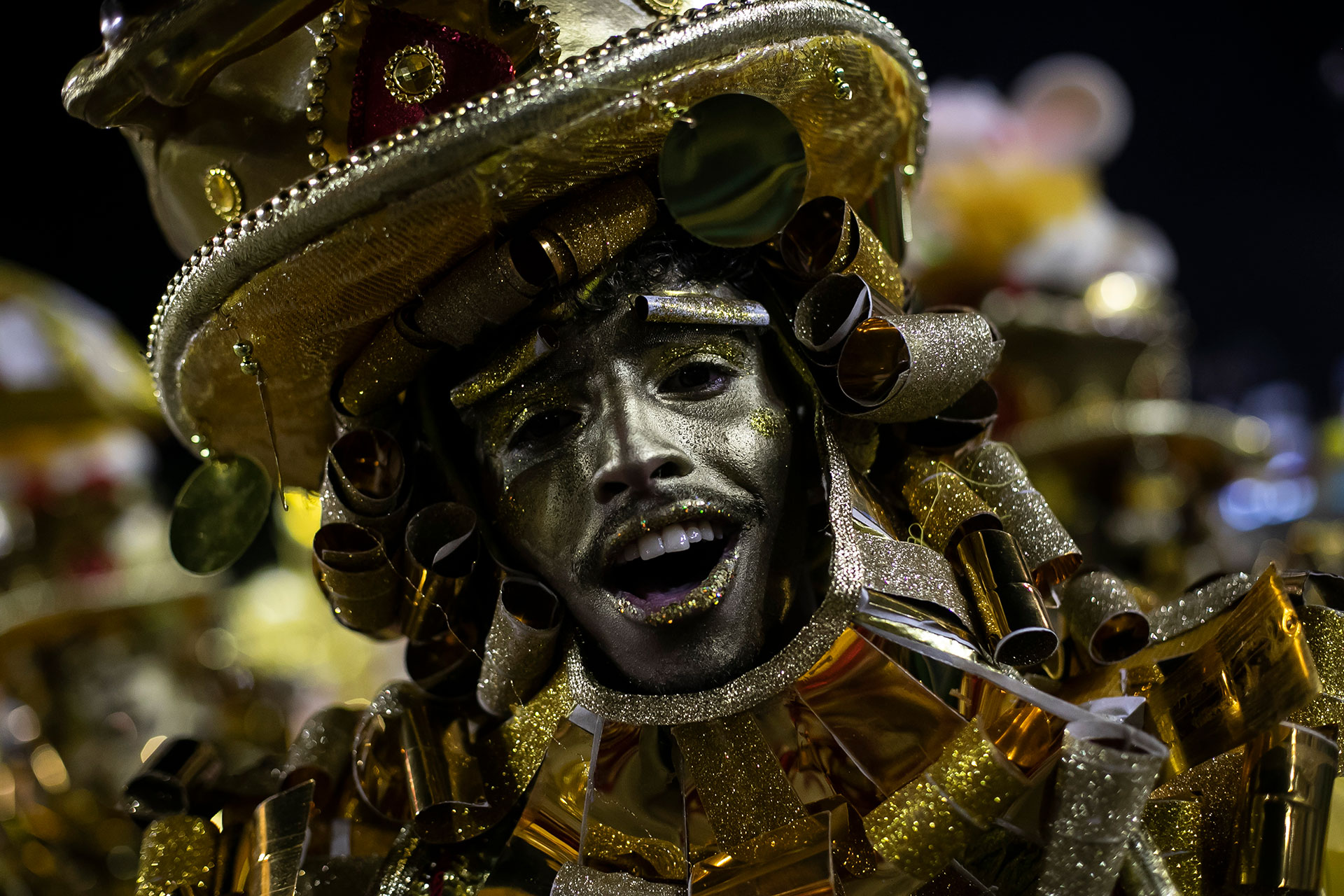 One of the many dancers who marched

“We represent a carnival dance after a pandemic…in 1919. Today the most important thing is that we are there, many people would like and could not,” he said, excited .

With a health crisis exacerbated by vaccine delays, more than 660,000 people have died of COVID-19 in Brazil, a figure surpassed only by the United States. 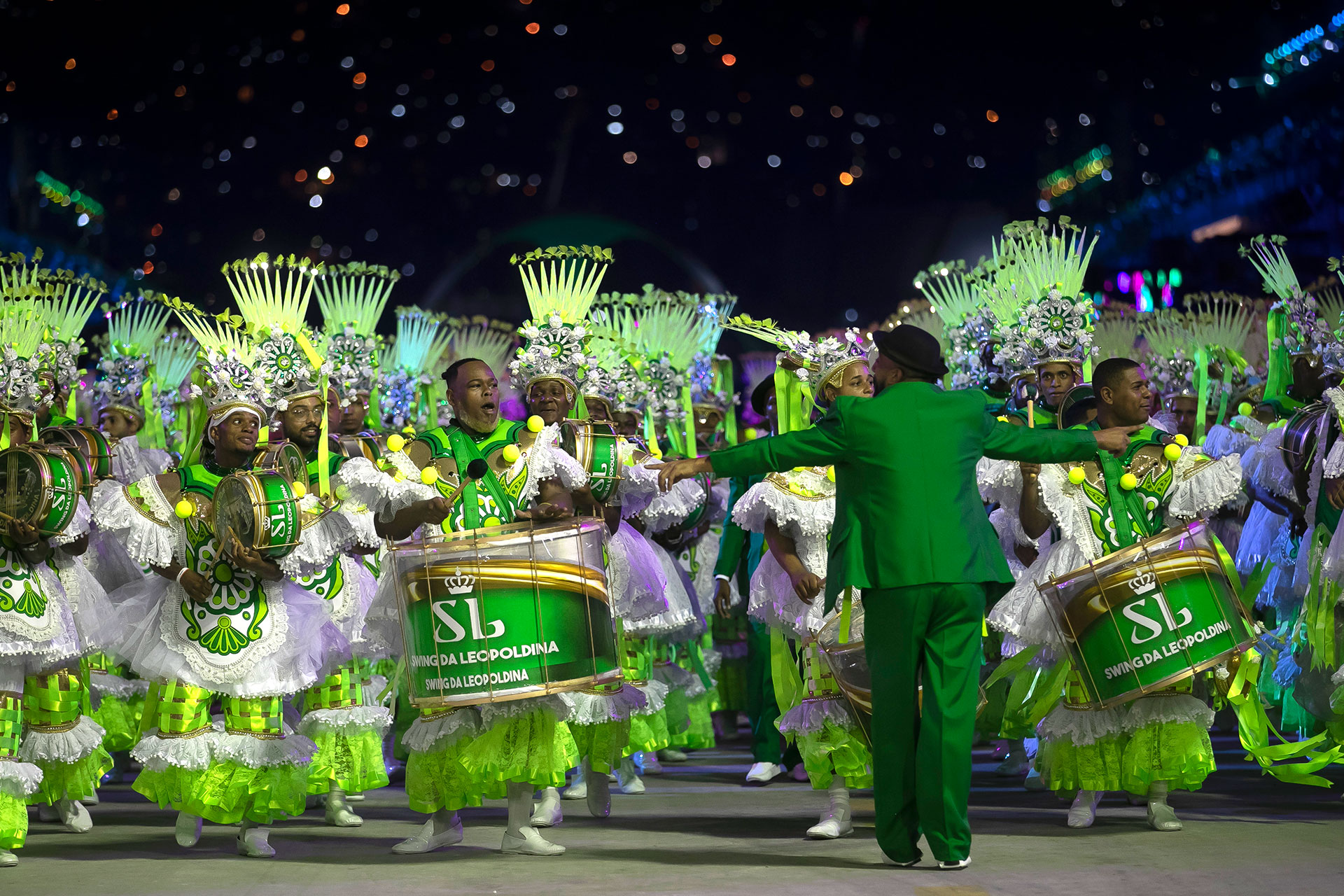 Have been “two years of great darkness in the world, each seeking”. Tonight “we have the opportunity to show that we are happy even with all the problems“, mentioned Latin Suarez45 years old.

“Brazil without carnival is not Brazil,” he said. 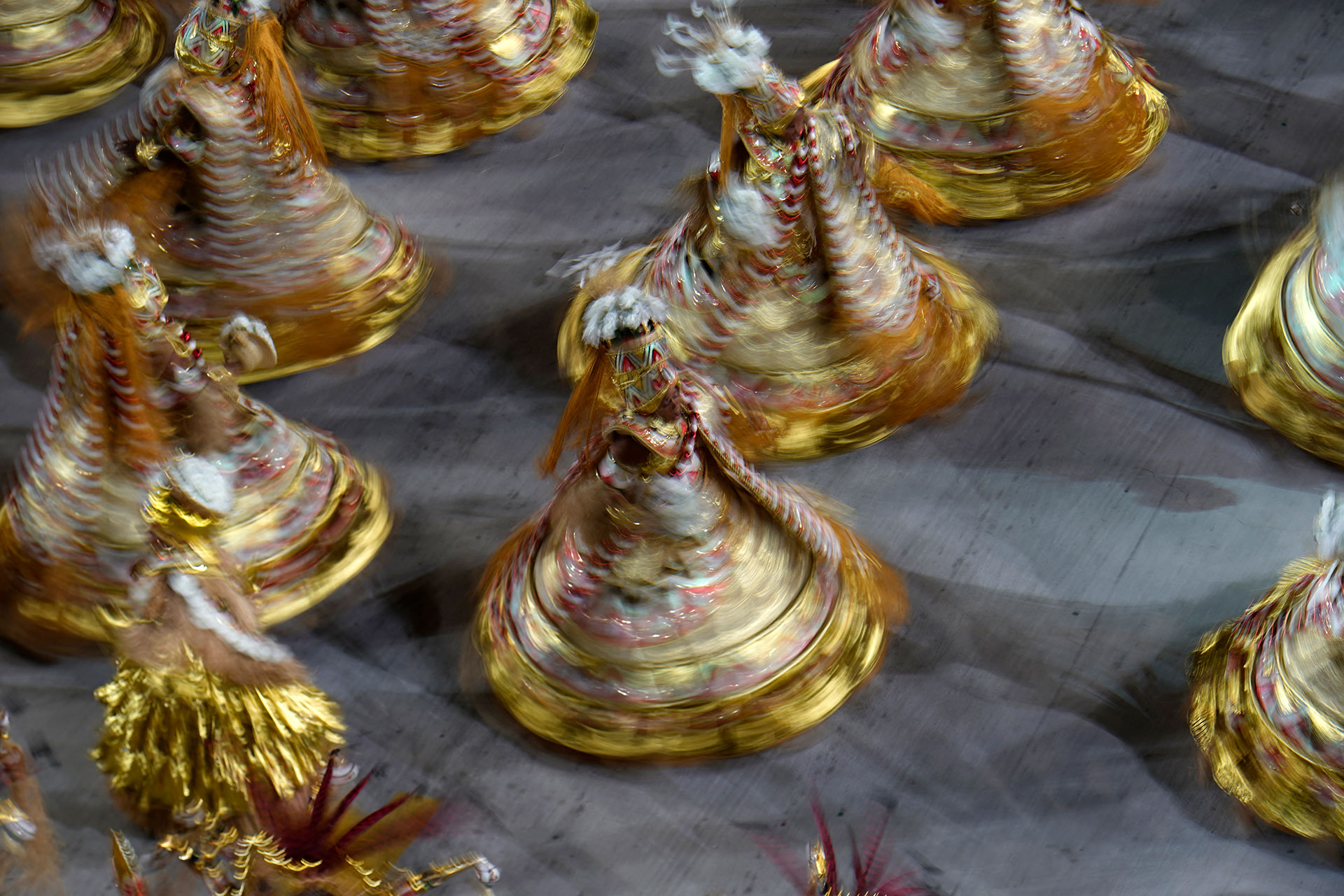 The 12 samba “escolas” who compete at the Sambadrome for two nights each tell their “entanglement”, a story rich in historical and cultural references repeated for months.

Yes this year the fight against racism, very present in the world of samba, of popular origin and rooted in the favelas, came back in force. 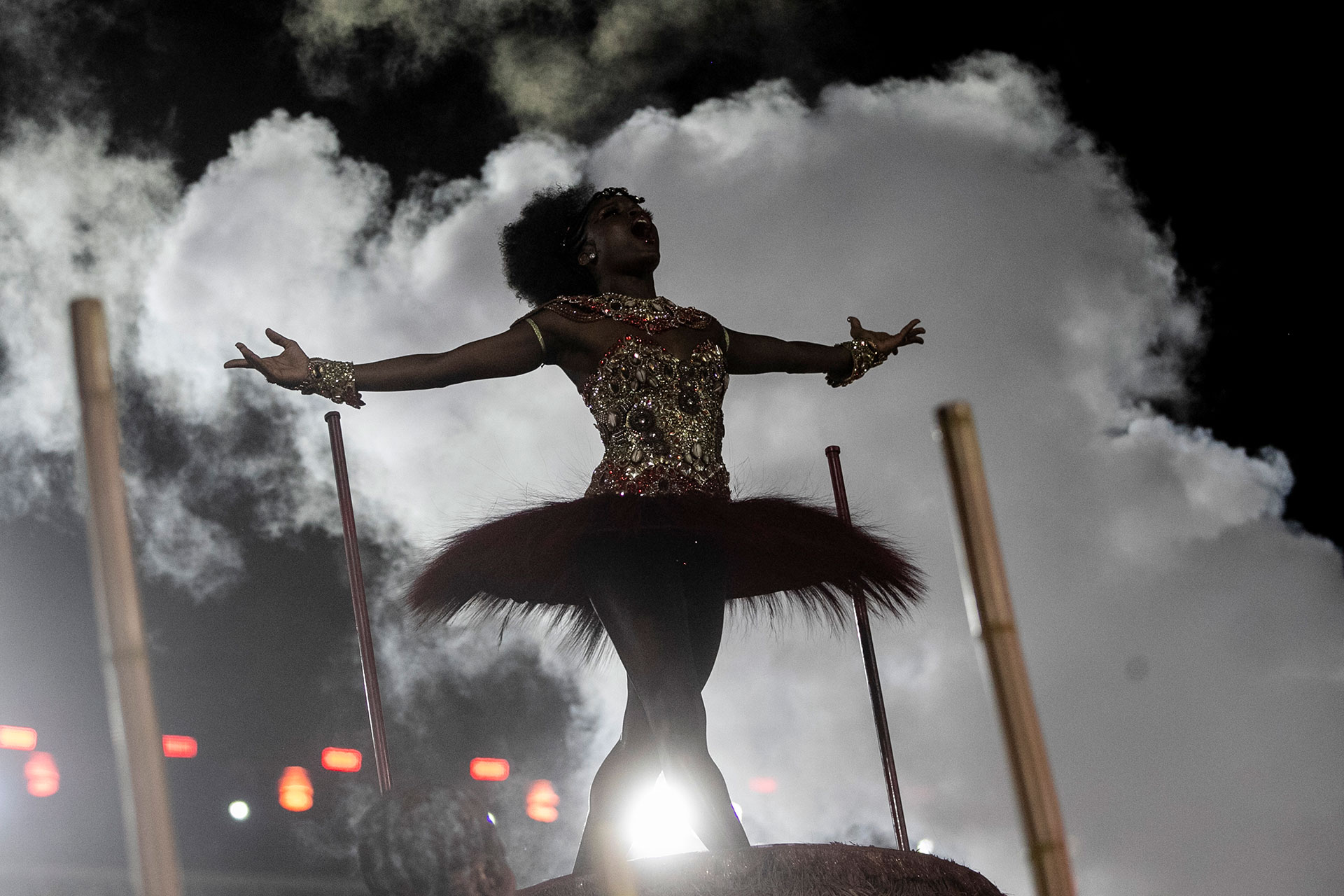 A dancer on the first evening of the carnival 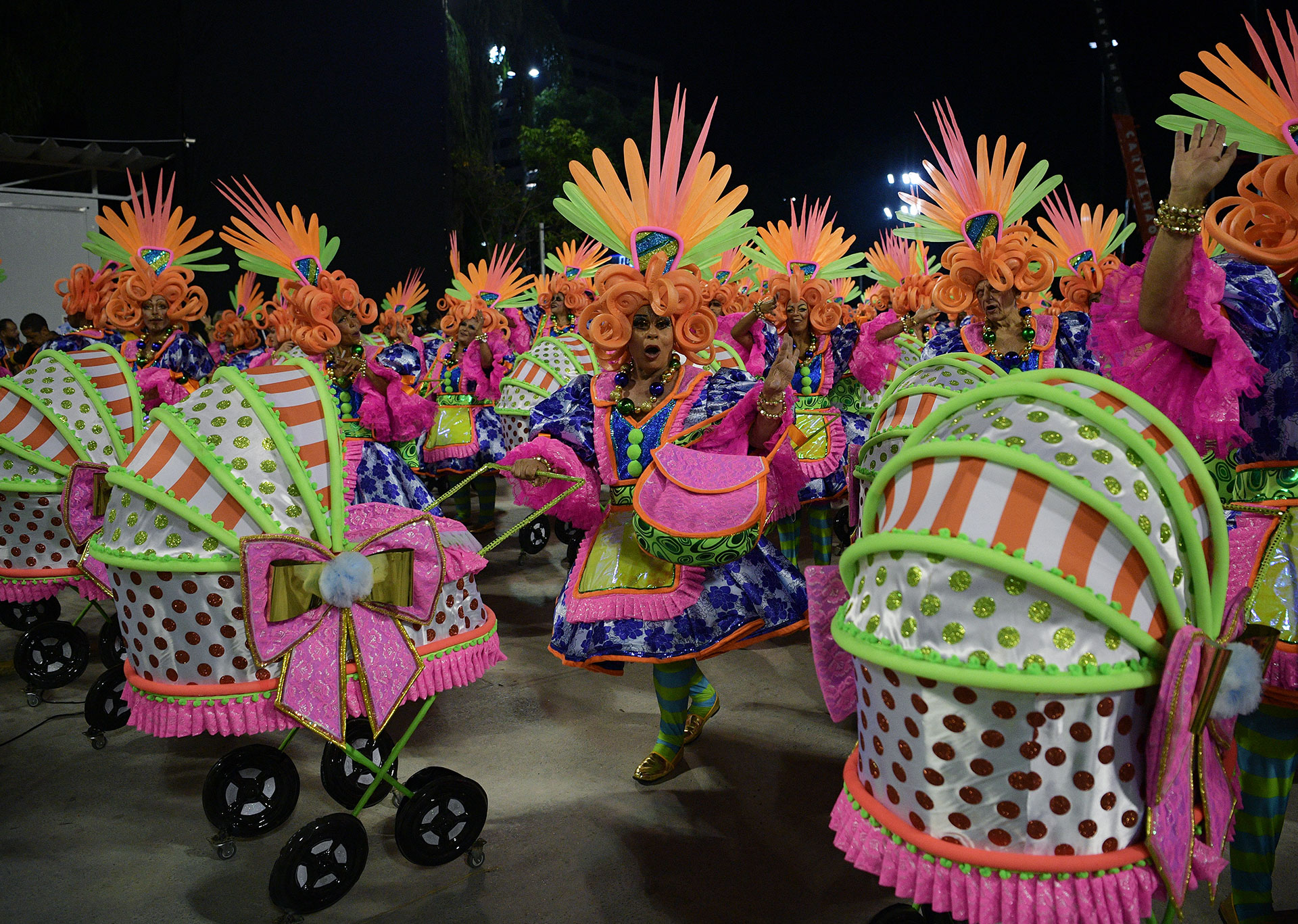 The floats were decorated with references to Afro-Brazilian religions and the giant fists invited the “Resistance”. An obelisk bearing the inscription “Racism” was toppled, drawing applause from the public.

In the stands, an occasional banner was unfurled that read “Bolsonaro Forumin reference to the president, who will seek re-election in October. 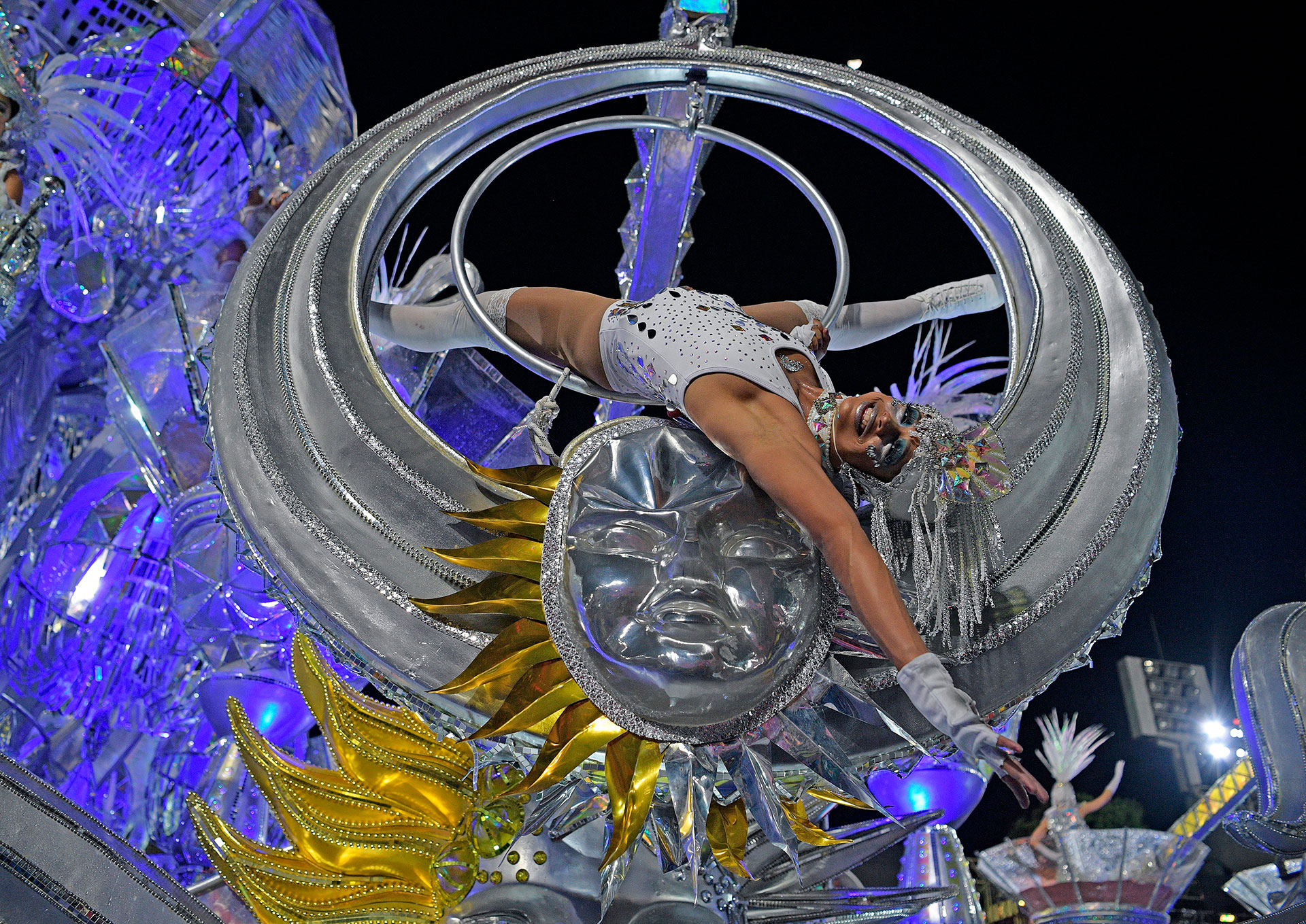 “With Jair Bolsonaro’s government, racism is more humiliating because it comes from above,” said Claudia Nascimento, a 43-year-old cashier from Salgueiro.

Minor bugs and crashes have not gone unnoticed either. In the case of Viradouro, one of the principal dancers lost a shoe at the worst moment: it was thrown in the middle of the podium while the jury was evaluating the performance of its owner. 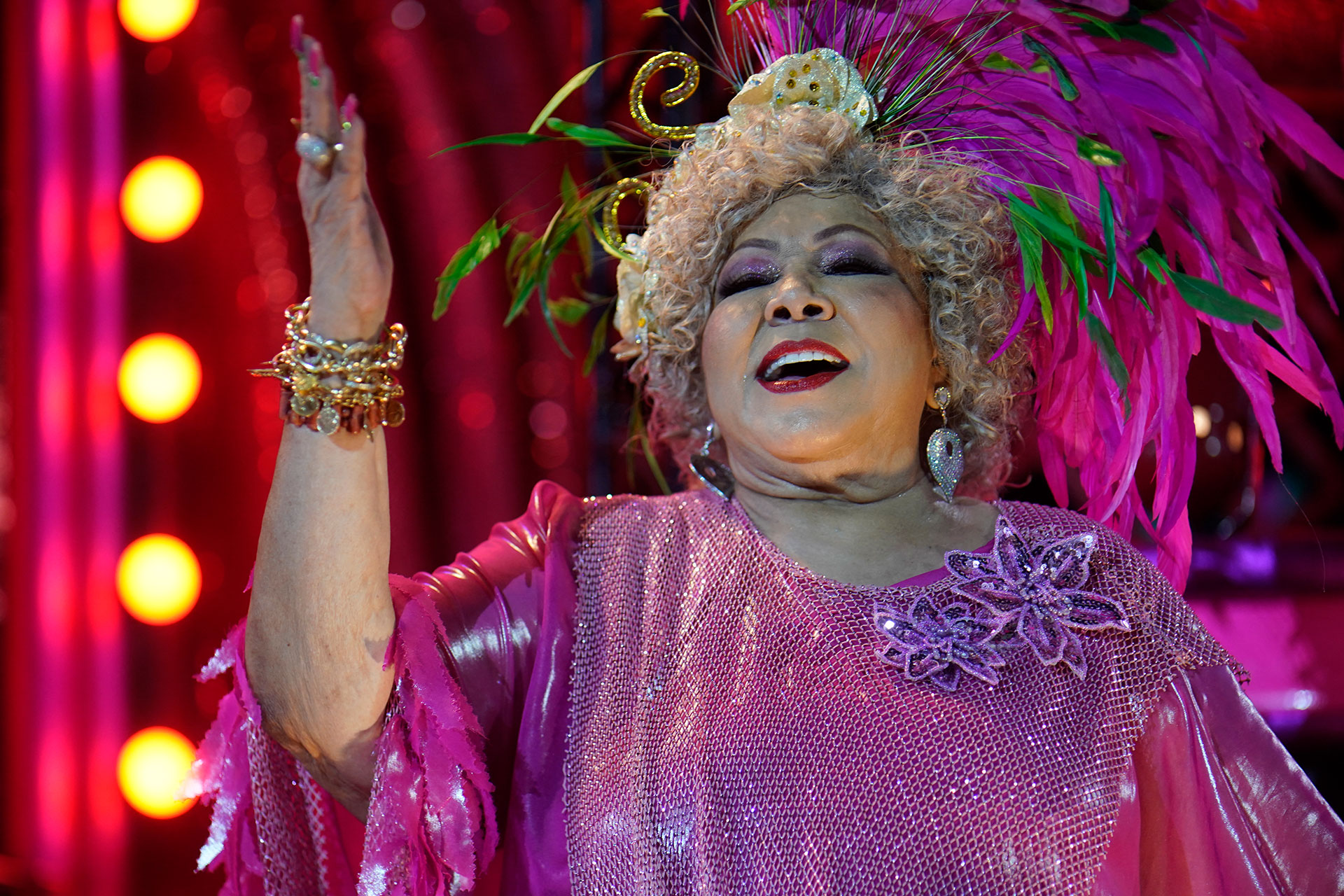 This year, these associations with decades of history have recovered part of the public funding that the previous mayor of Rio, the evangelical Marcelo Crivella (2017-2020), cut by rejecting this popular celebration.

But the private sector funds most of the parades, whose floats and costumes cost several hundred thousand dollars.

Safety, whose failures have caused several accidents in the past, is also in the spotlight, after an 11-year-old girl died on Friday after being run over on Wednesday evening by a tank at the exit of the Sambadrome. 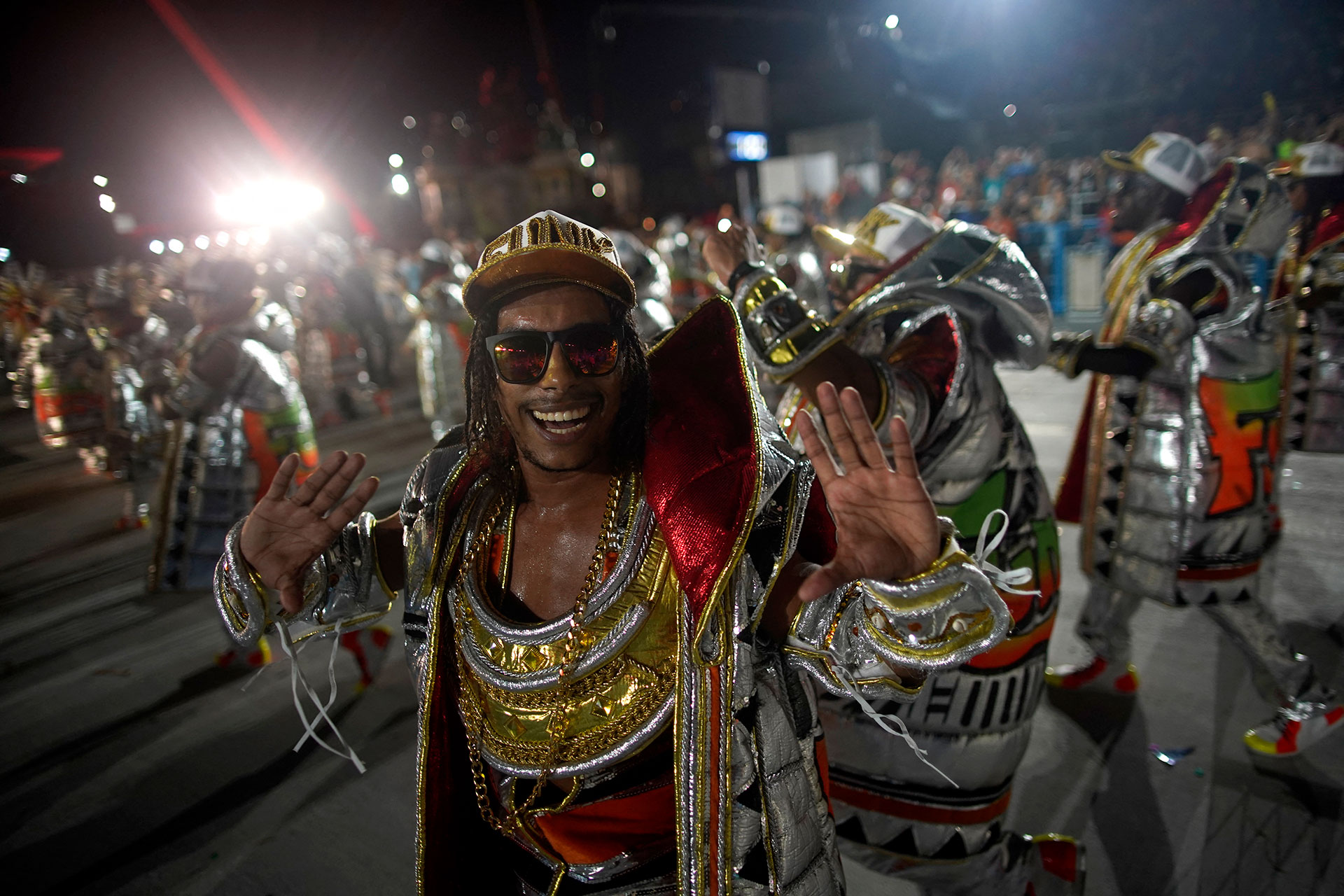 Members of the Salguero Samba School 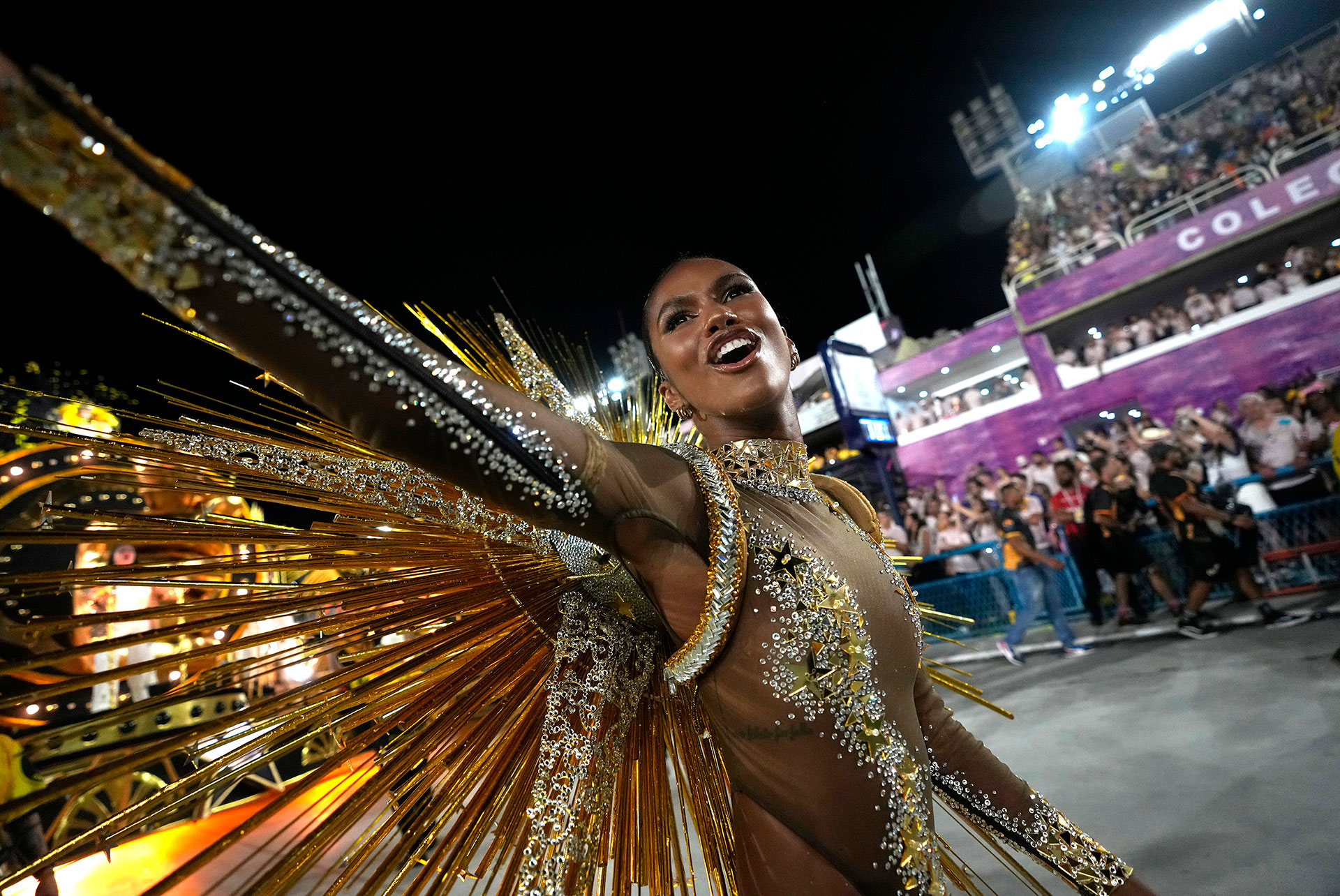 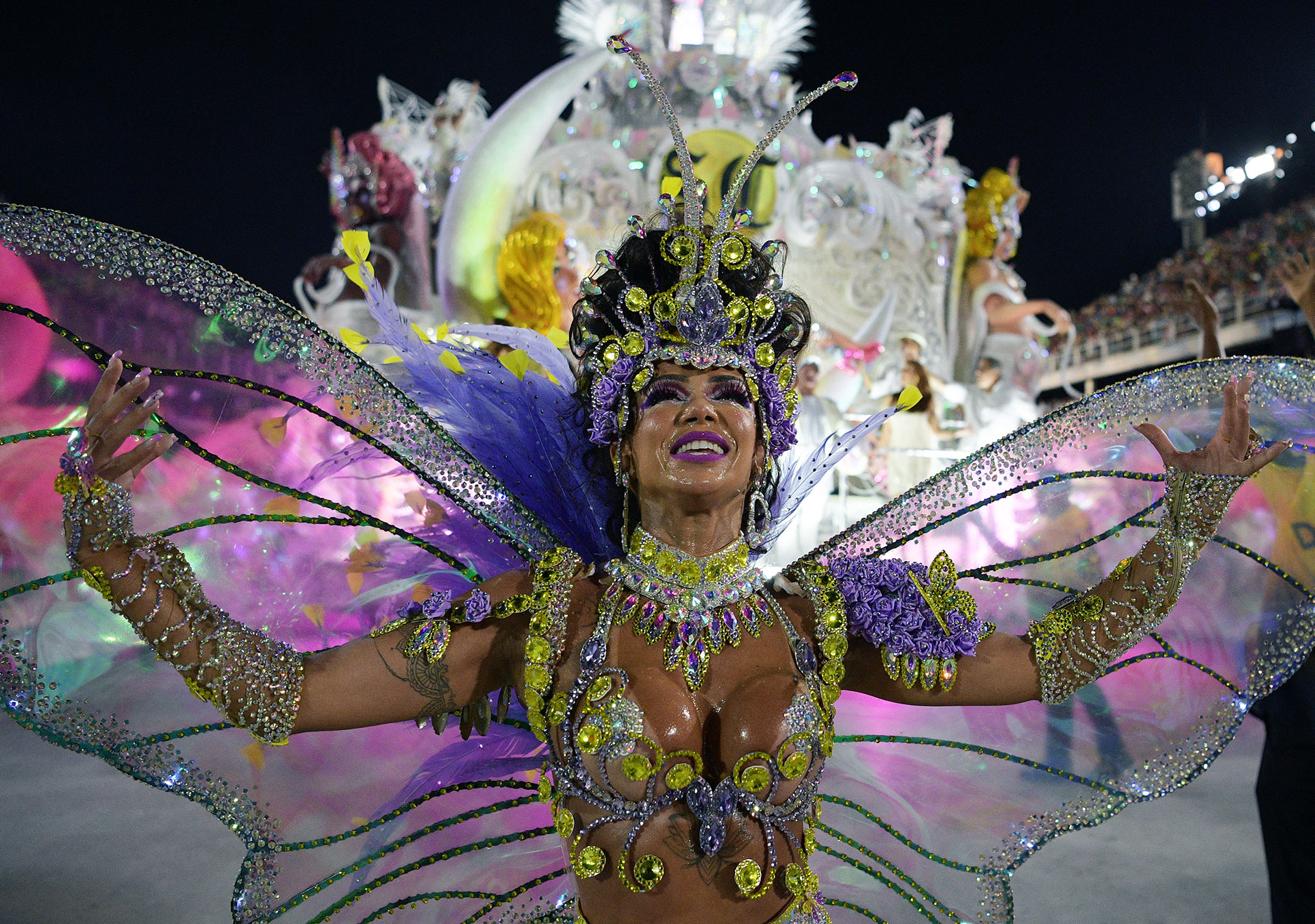 Another Sao Clemente dancer on parade 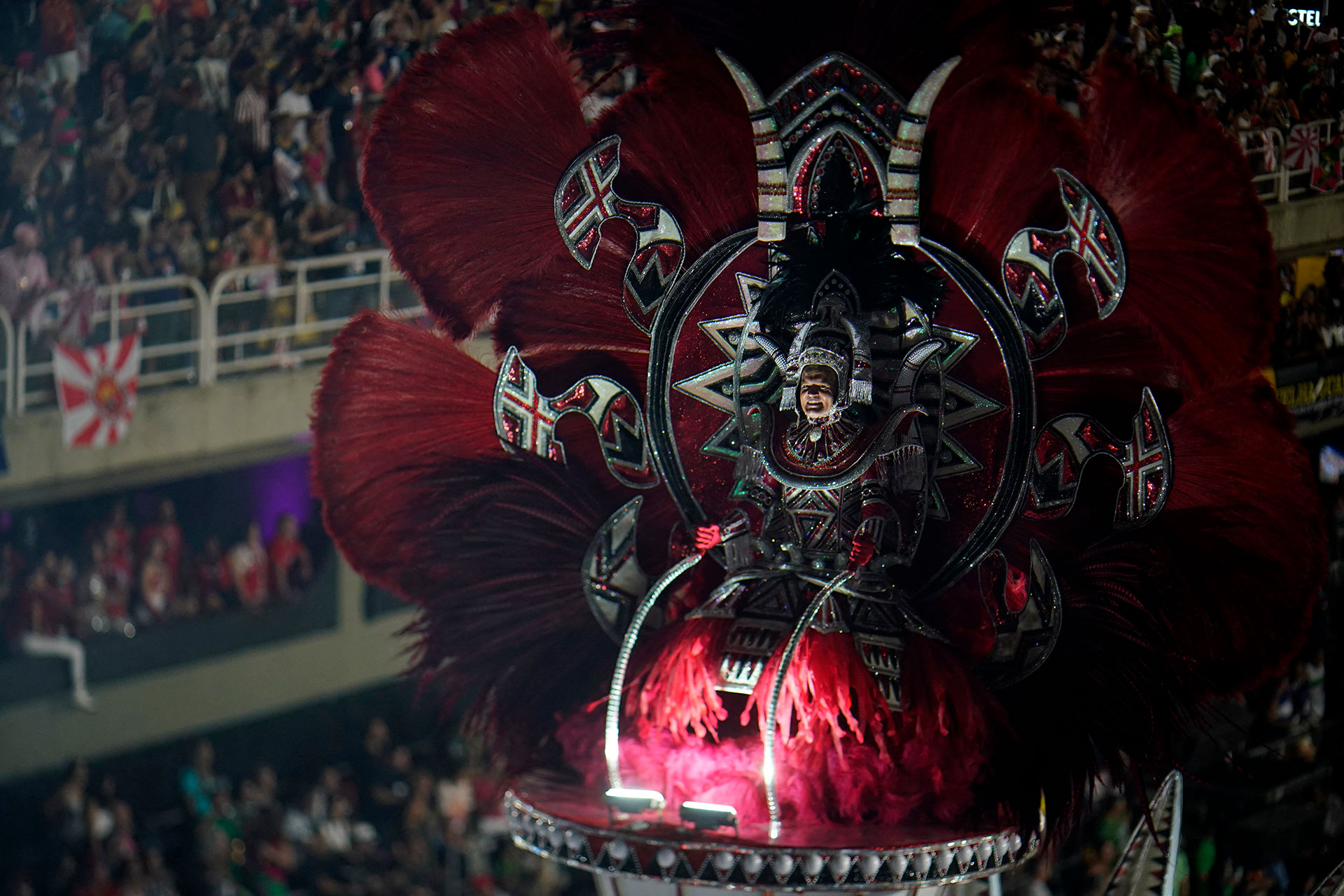 The members of Salguero in full parade

The town hall has not authorized this year the street parades which are normally organized in parallel and plunge the “Cidade Maravilhosa” into musical ecstasy, but some smaller “blocos” have carried out their parades, refusing to postpone the party one more minute.

The carnival also relieved the economic sectors affected by the pandemiclike the hotelier, with an occupancy of around 78%, but with a drop in foreigners (14% attendance, compared to 23% in 2020).