Skip to content
How the total lunar eclipse happened, according to NASA

The total lunar eclipse has occurred and has amazed those who have had the opportunity to enjoy it from most of the continental United Statesas well as in the western reaches of Europe and Africa and in the eastern part of the Pacific.

The Moon rises behind the Temple of Poseidon, ahead of the lunar eclipse at Cape Sounion, near Athens, Greece (REUTERS/Alkis Konstantinidis)

The red tinting the whiteness of Earth’s natural satellite remained in this state for 1 hour 20 minutes. Then he began to uncover himself as he emerged from the cone of shadow emitted by the terrestrial sphere. 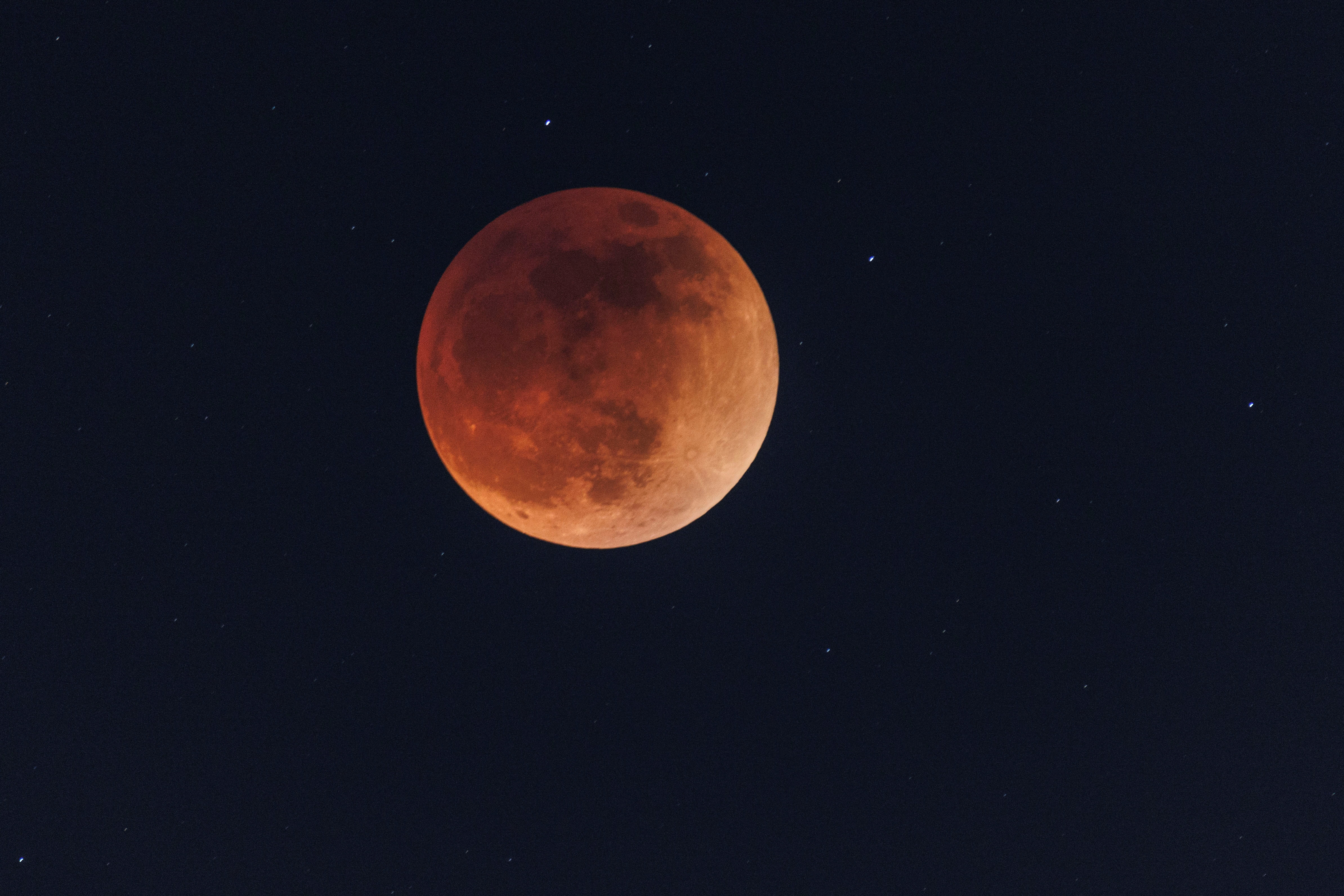 At 10:32 p.m. the first phase of the astronomical phenomenon began, when the Moon entered the penumbra of the Earth. 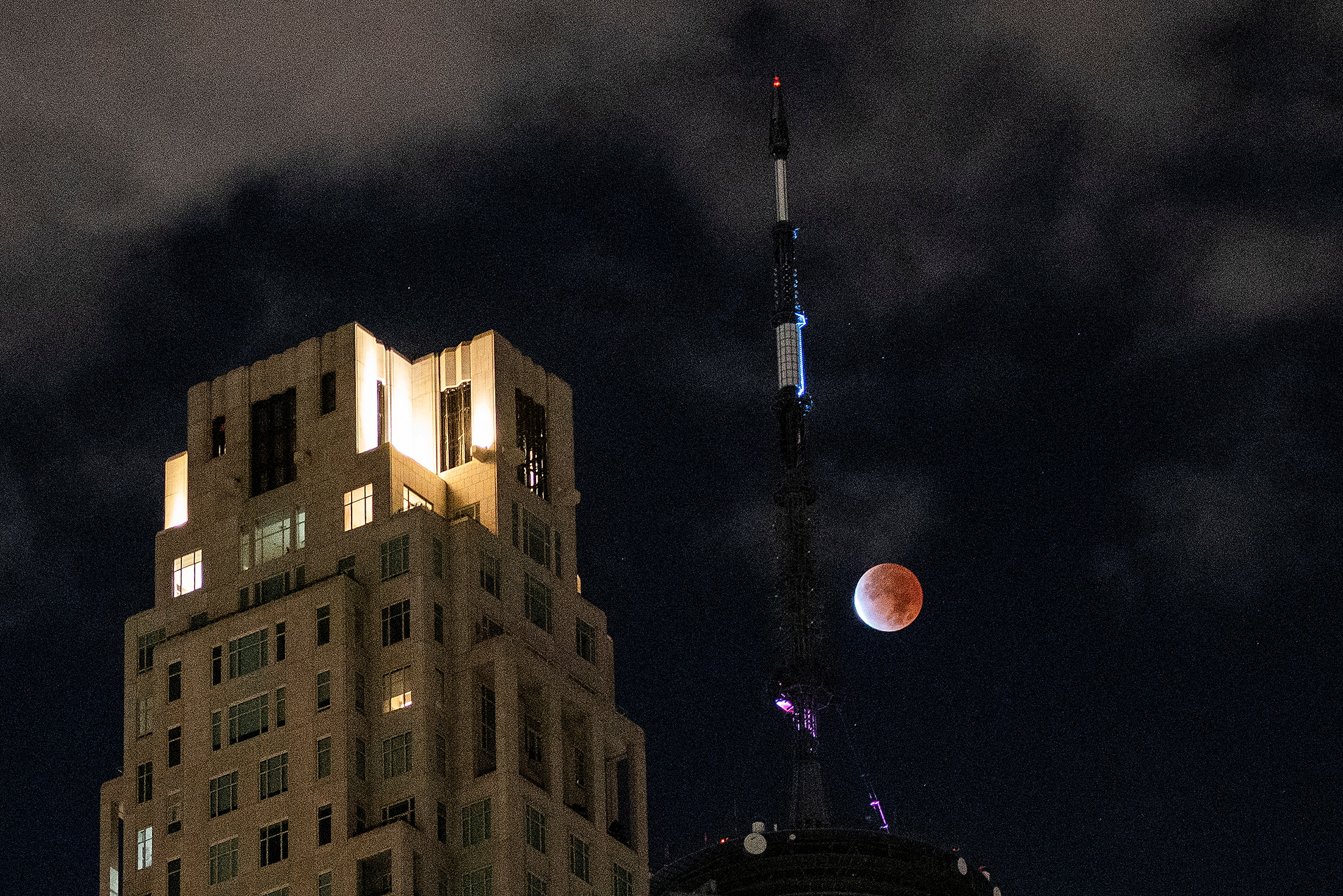 A few minutes later, At 11:28 p.m. the partial eclipse began where our natural satellite began to darken more and more, by not receiving direct sunlight, which causes it to begin to stain a reddish color.

A combination photo shows the moon during a total lunar eclipse seen from Mexico City, Mexico May 15, 2022. REUTERS/Edgard Garrido

It was the most anticipated moment of the night, since the Moon took on an orange to reddish hue. This is because Earth’s atmosphere begins to deflect blue rays, allowing you to see the rays in red tones. 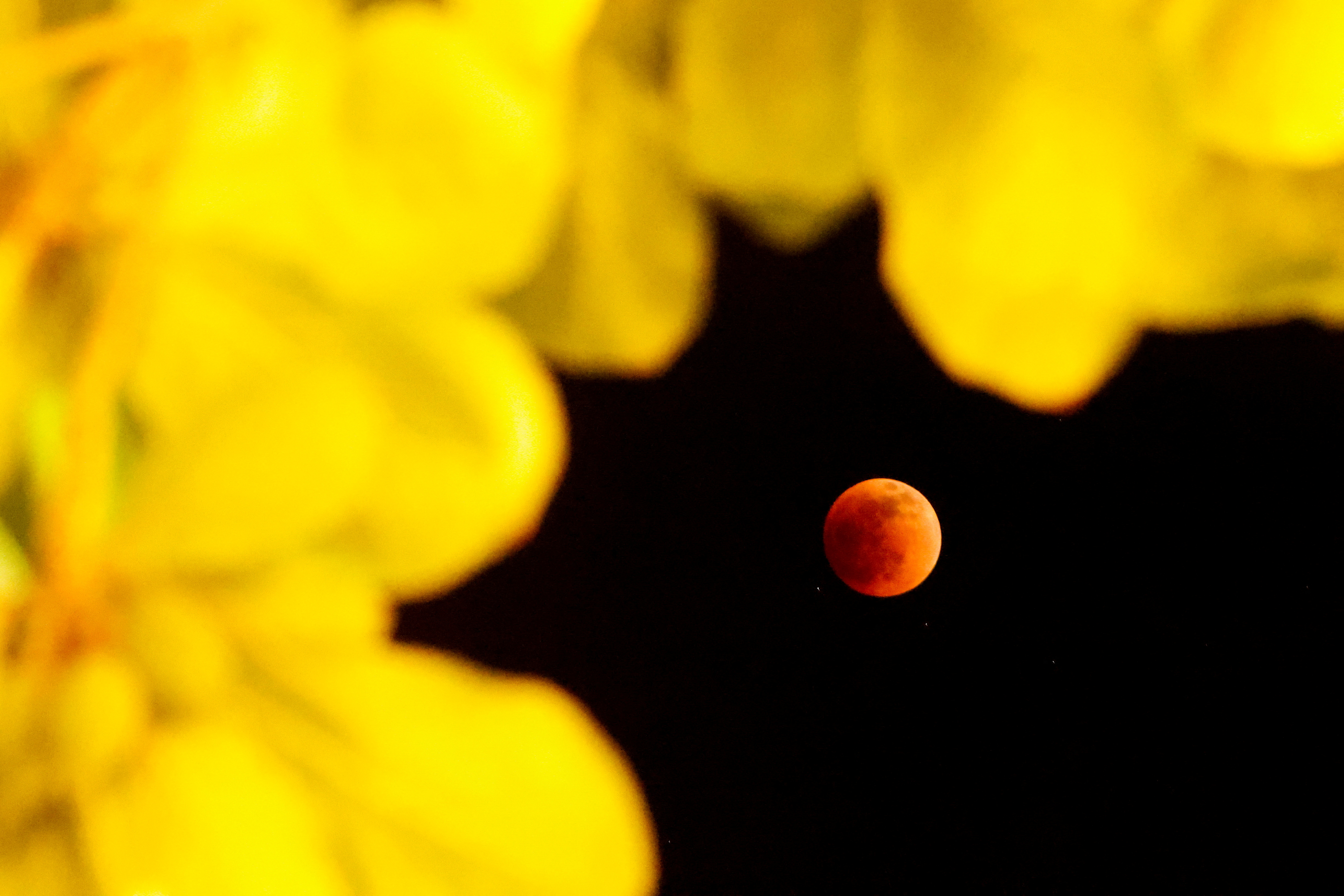 The reddish color adopted by the Moon is explained by the fact that the Earth’s atmosphere deflects the red rays of the sun towards the interior of the cone of shadow, and that the Moon can reflect them. From 0h29 the eclipse was total and dyed the Moon in red. 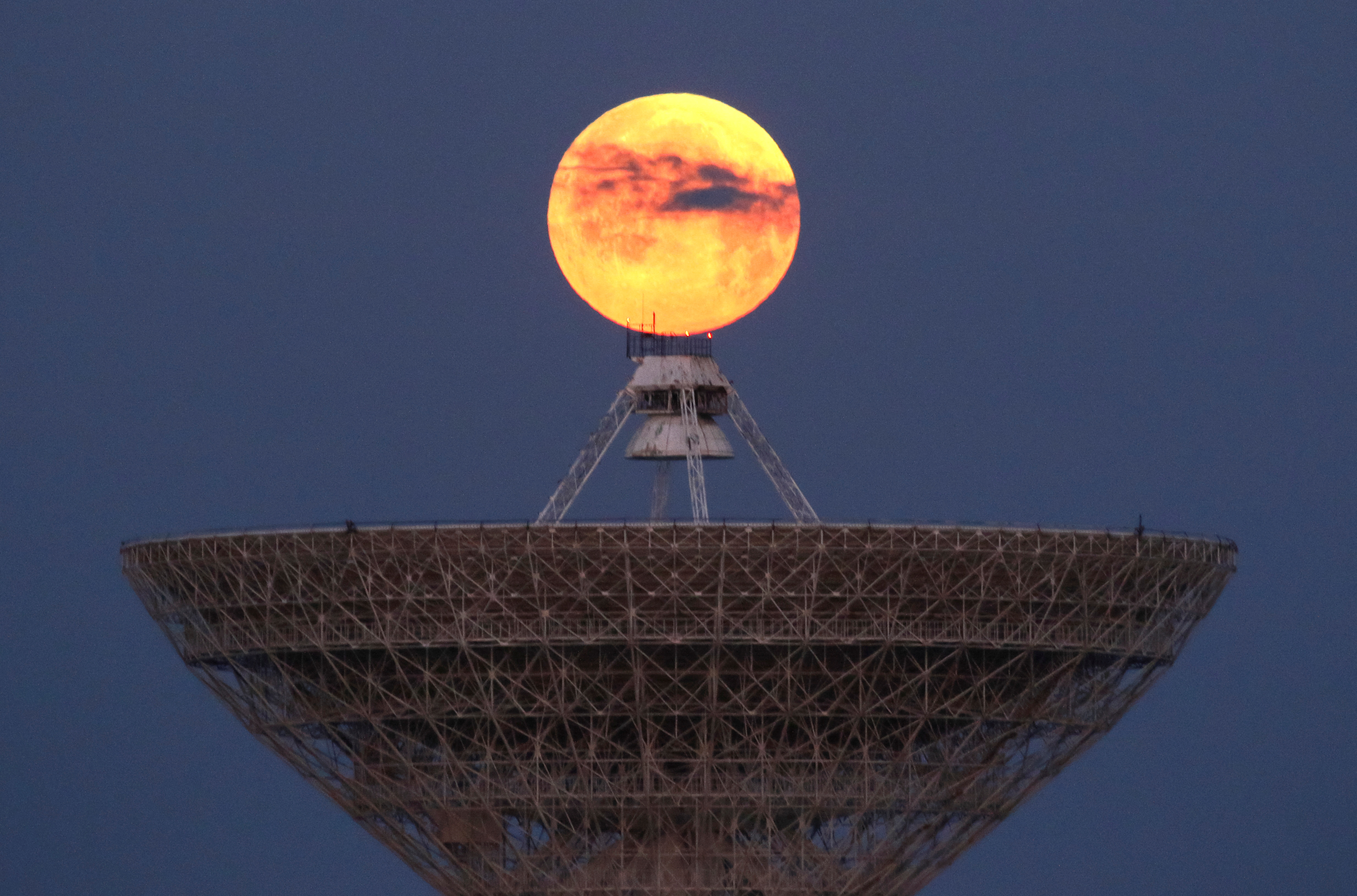 The moon is seen through the clouds behind the RT-70 radio telescope in the town of Molochnoye, Crimea (REUTERS/Alexey Pavlishak)

It should be clarified that, unlike a total solar eclipse, which often requires a long journey towards the path of totality, Lunar eclipses can usually be seen from anywhere. 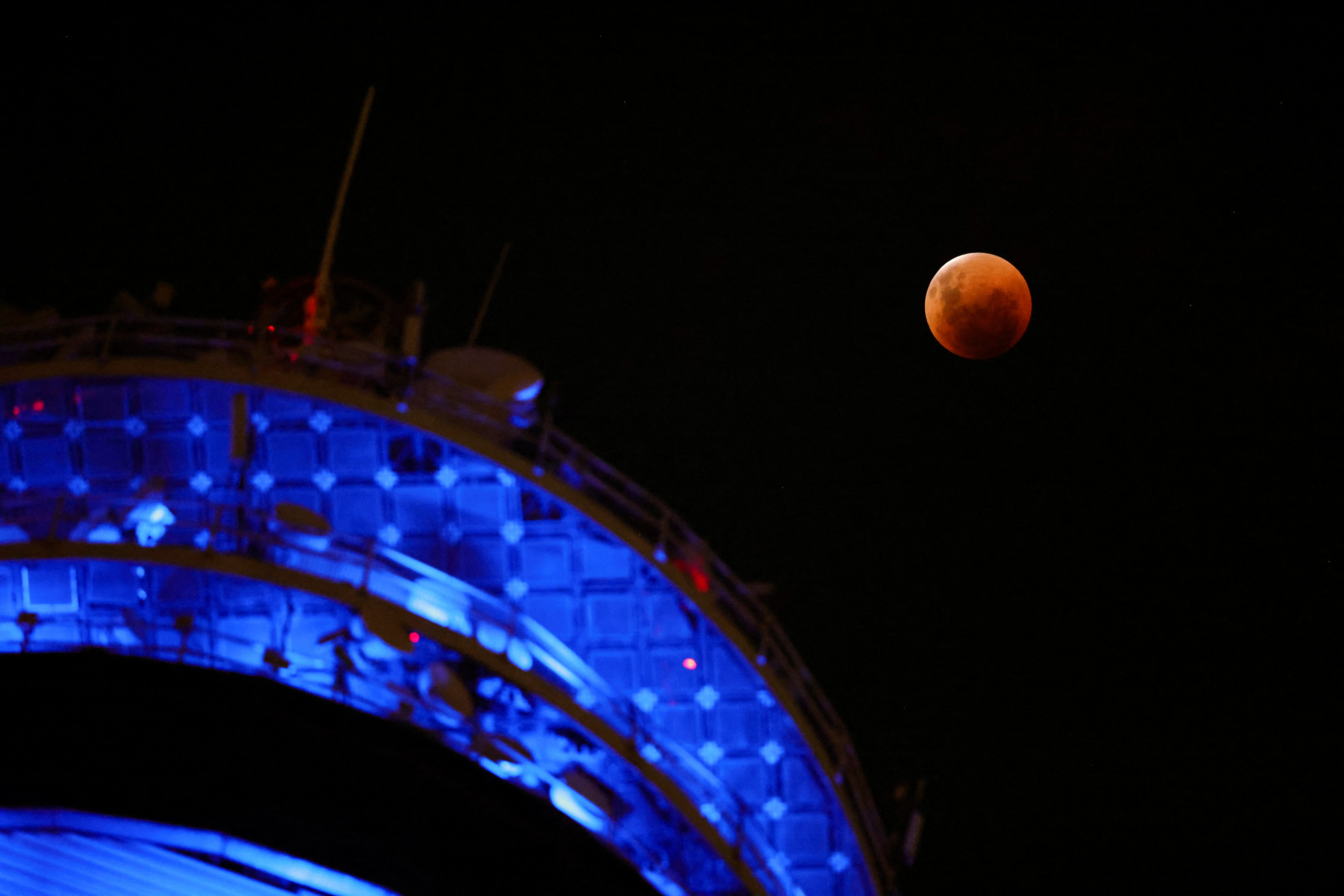 The passage of the full Moon through the Earth’s shadow is also visible from all places in the hemisphere where the Moon is above the horizon.. And unlike a solar eclipse, which requires special viewing precautions to avoid eye damage, a lunar eclipse is perfectly safe to watch. All you need are your eyes, but binoculars or a spotting scope will give you a much better view. 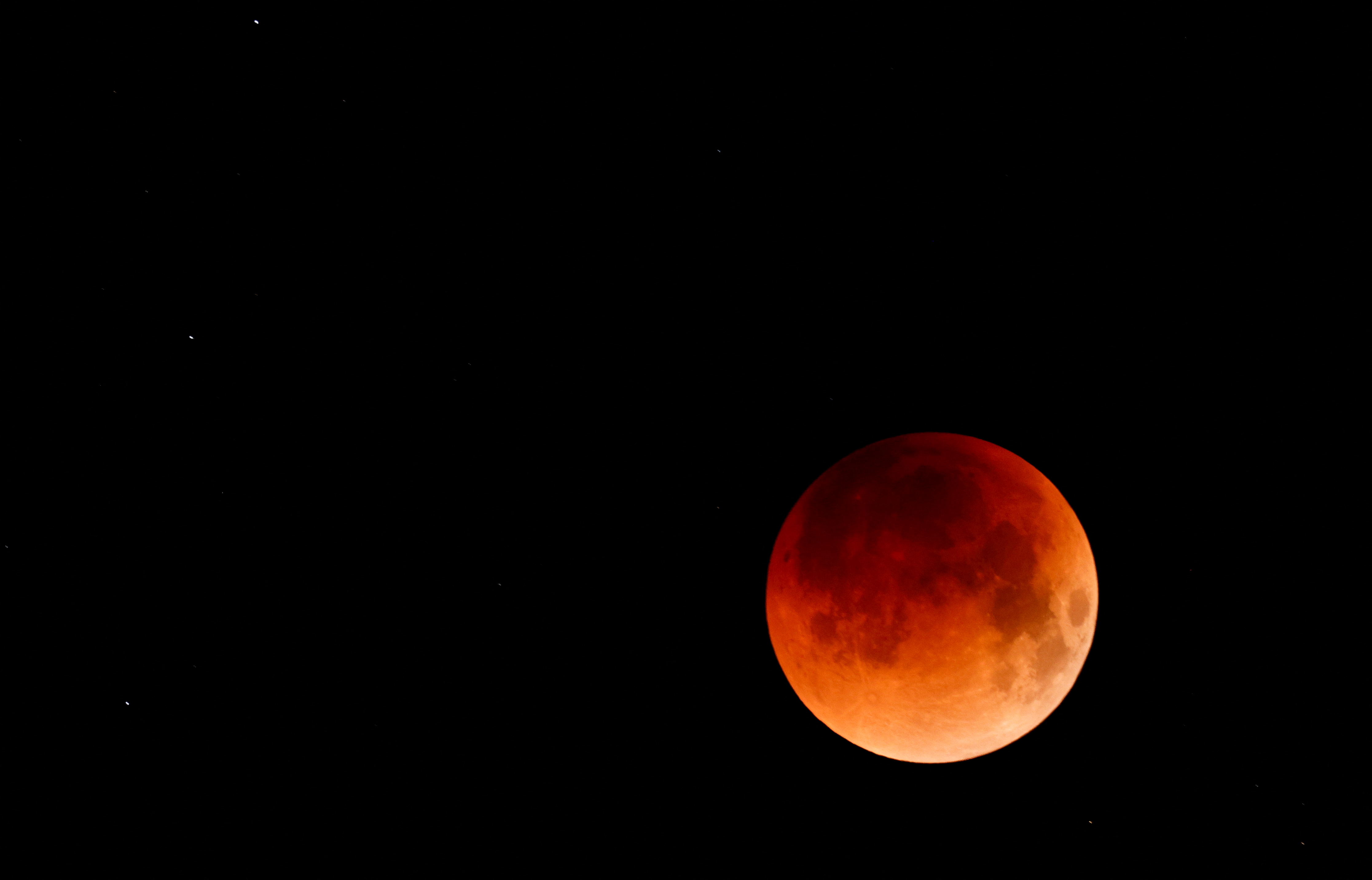 The moon is seen during a lunar eclipse over the island of Gran Canaria, Spain (Reuters)

There are three types of lunar eclipses: penumbral, partial and total. During a penumbral eclipse, the moon passes through the outer part of the Earth’s shadow, which is quite diffuse, so there is only a slight darkening of the moon’s surface. 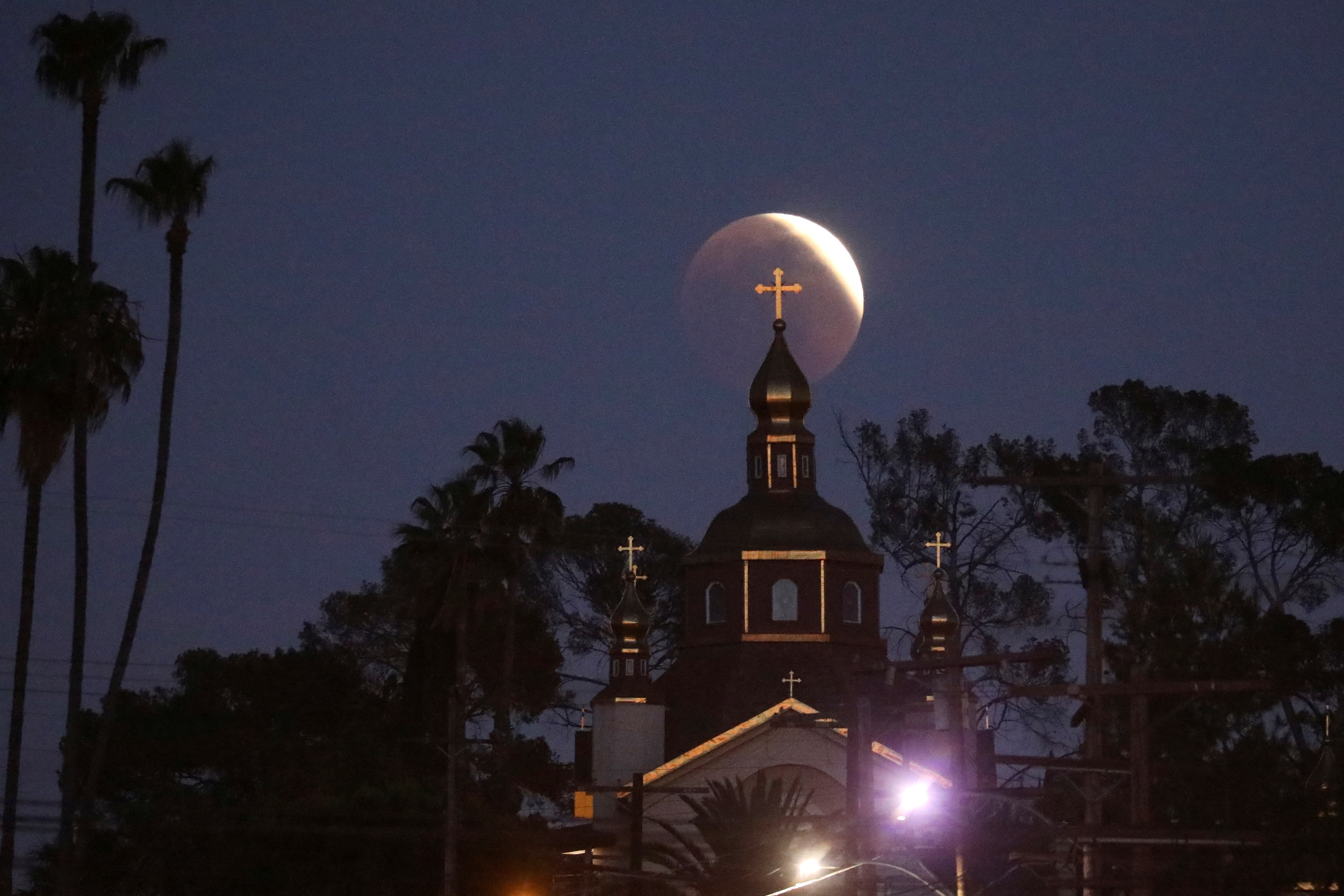 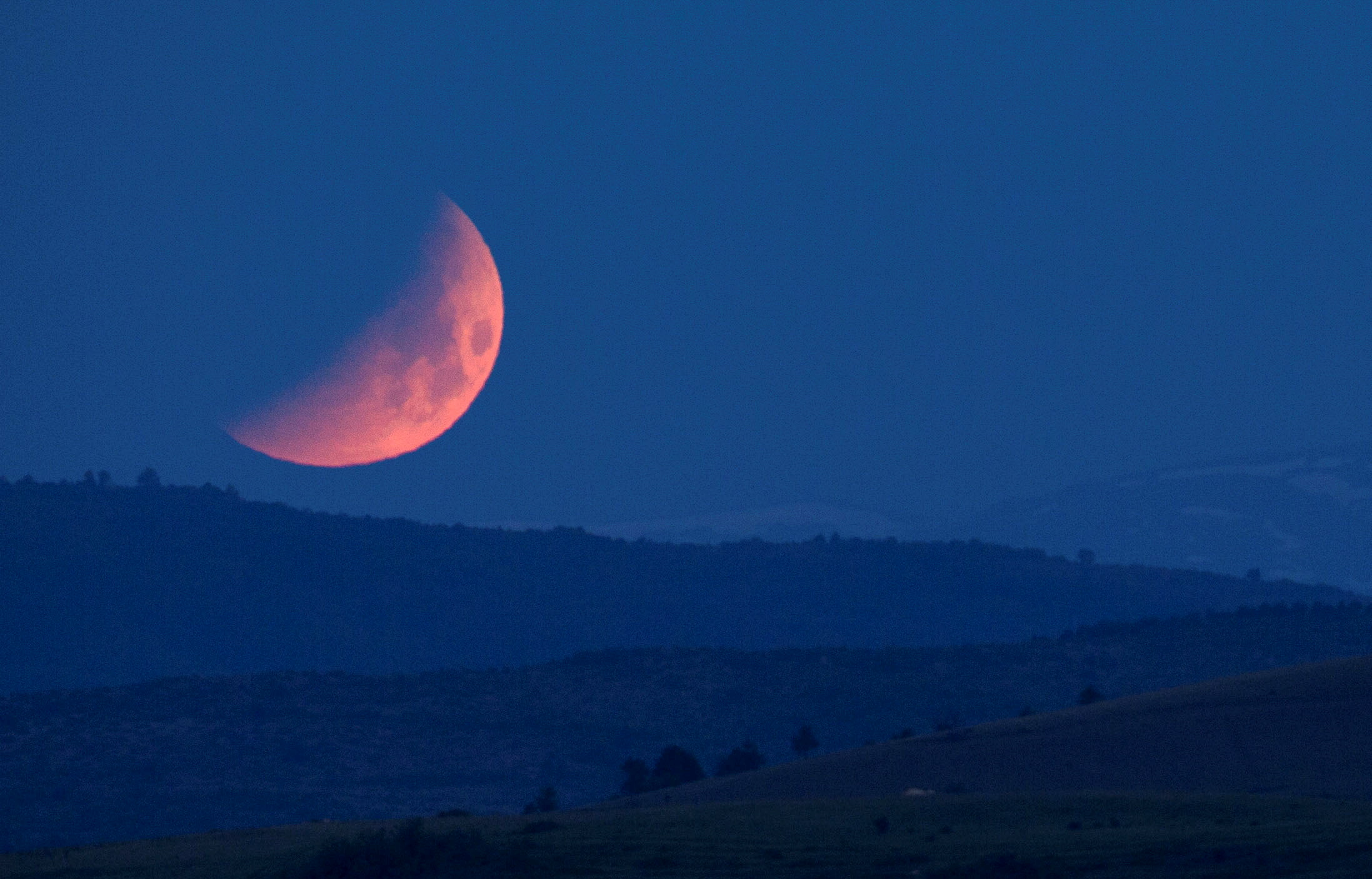 A total eclipse also includes penumbral and partial phases when the moon makes its way into the umbra. The next lunar eclipse on May 15-16 will be a total lunar eclipse. 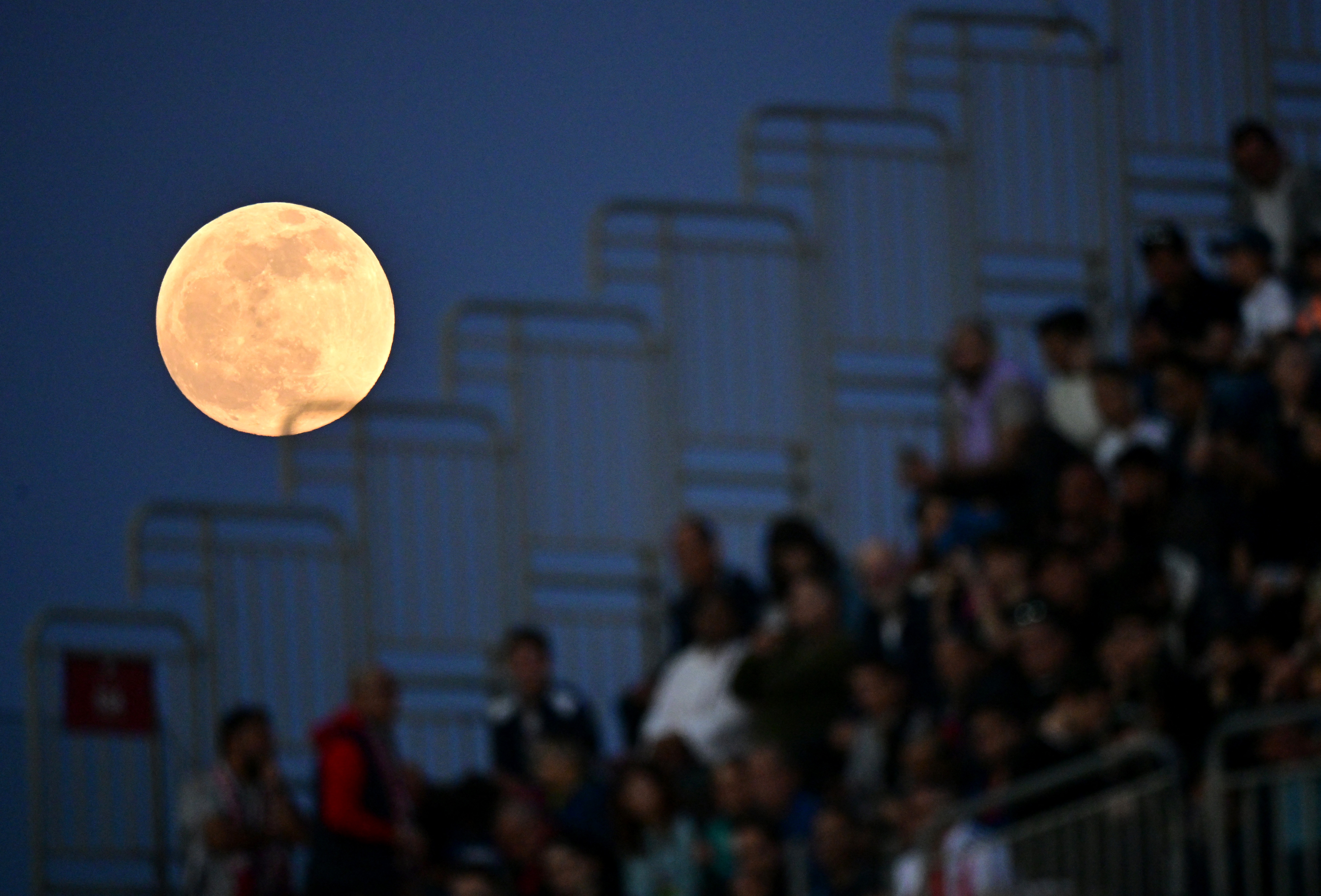 The next lunar eclipse will be on November 8 and can be seen in Europe and Africa. In South America, we will only see it partially.

Eclipse season: after yesterday’s sun, a lunar sun arrives in May
Total Lunar Eclipse: Why This Weekend Will See a ‘Blood Moon’