Skip to content
In an interview when he was young, Will Smith made jokes at a man with alopecia and the internet accused him of being a hypocrite.

The internet hasn’t forgotten this, and since Sunday with the most controversial awards ceremony in years, it’s been seething with memes, comments and videos on the topic of the moment, Will Smith’s slap in the face of Chris Rock at the Oscars.

The awkward moment happened live after Rock made a joke from the stage about Smith’s wife, hinting that her lack of hair would make her the perfect protagonist of the movie GI Jane 2, whose lead role is played by a clean-shaven woman.

Smith initially laughed at the joke but realizing his wife wasn’t taking it well at all, he rushed onto the stage and slapped a surprised Chris Rock who was trying to deal with the situation, while the actor , back in his place, he shouted angrily: “Take my wife’s name out of your fucking mouth.”

What happened surprised everyone, and there were even people online who thought the swap was part of a typical award show prank. But nothing could be further from the truth because apparently the original joke, from Rock to Jada Pinkett Smith, struck a chord with the actress and her husband, the medical condition of alopecia that is causing her involuntary hair loss.

As usual in these controversial cases, the Internet was divided in two, with a part of Internet users condemning the actions of Will Smith and the other justifying the defense of the honor of his wife.

Who’s right is something that will be up to everyone’s judgment, but one side makes a viral video that adds fuel to the fire and seeks to describe as “hypocritical” the behavior of the actor, who at the same gala where he attacked his colleague won the Oscar for best actor for his role as Richard Williams in the film King Richard.

This is when comedian Chris Rock makes a crude joke about Will Smith’s wife, angering the actor.

The clip sees a young Smith, apparently in his ‘The Fresh Prince of Rap’ era, in which he primarily identified as a comedian, making a joke at the cost of someone’s baldness and downplaying the offended reaction of the public with an Easy: “Oh please, these are jokes”.

The incident happened on The Arsenio Hall Show in 1991, when Smith talks about “the bald ones.” Then he points to bassist John Williams and says that he, like all bald men, has rules, and his rule is that he must shave his head every day. A joke that caused a little embarrassed laughter from the public.

“These are jokes”, responds comedian Smith.

The video of the prank was shared with a message highlighting the actor’s alleged hypocrisy in taking offense at a joke about something he himself has played with in the past.

“Now here’s a video of Will Smith telling a joke about someone with alopecia. One of the reasons I love the internet you’ll never forget.” wrote one of the netizens who shared the video on Twitter.

The reactions to the trill were immediate. 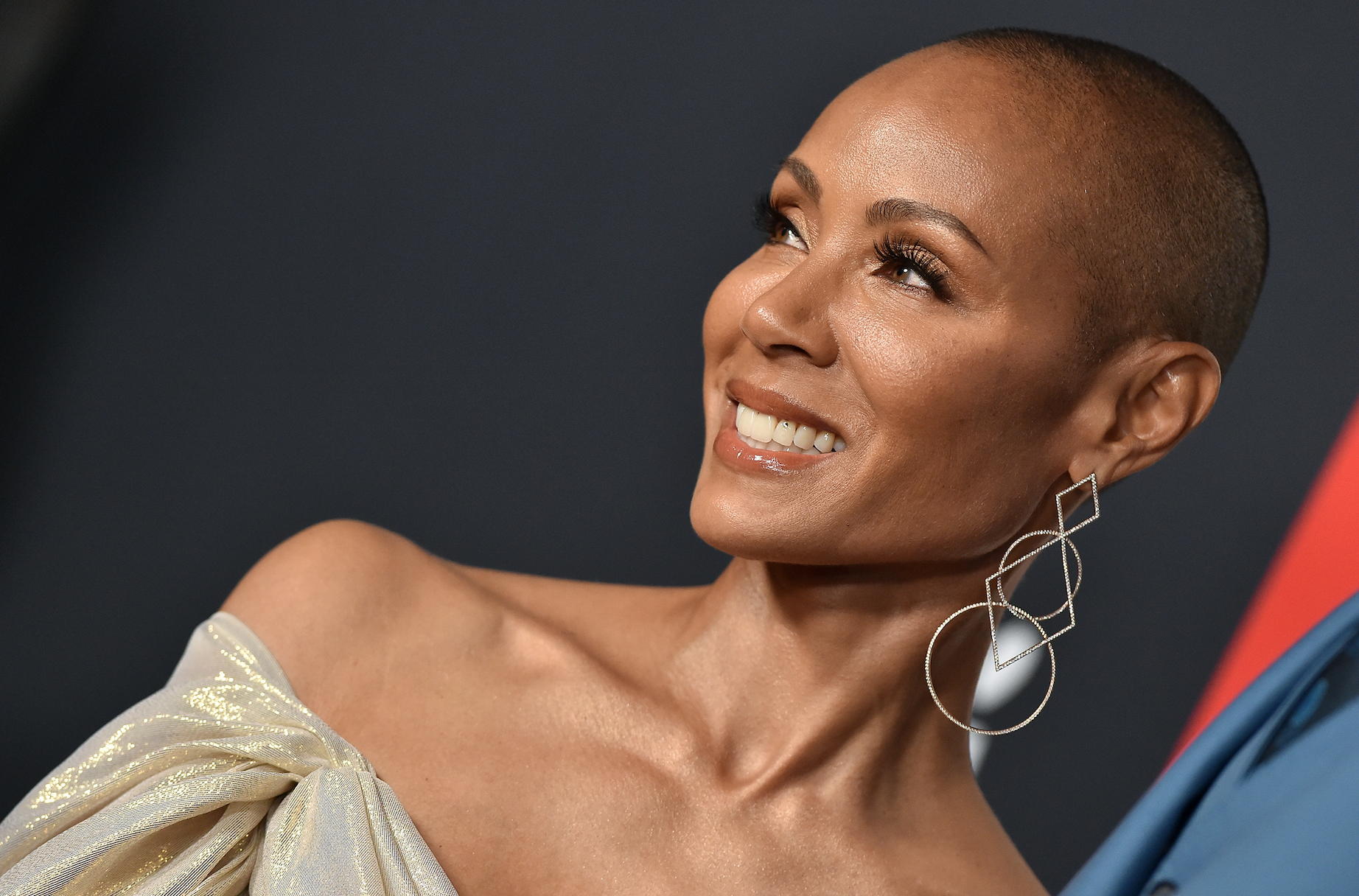 Jada Pinkett: The struggle of Will Smith’s wife to accept and make visible alopecia.

“See hypocrisy at its finest”read one reply, while another wrote: “He was joking about someone else…but he couldn’t take it when the joke was about his family. That joke wasn’t bad either.”.

A third went on to say: “It’s worse than the GI Jane joke, in my opinion.”

Another wrote an impassioned response: “So you’re really comparing Will in his twenties to a Chris Rock over 50? There are things I thought I could say when I was young and naive. I know better now, Chris should have known better.”

Since the incident, Will Smith has apologized for punching Chris Rock at the Oscars on Sunday and said his behavior was “unacceptable and inexcusable” and left him “embarrassed”. 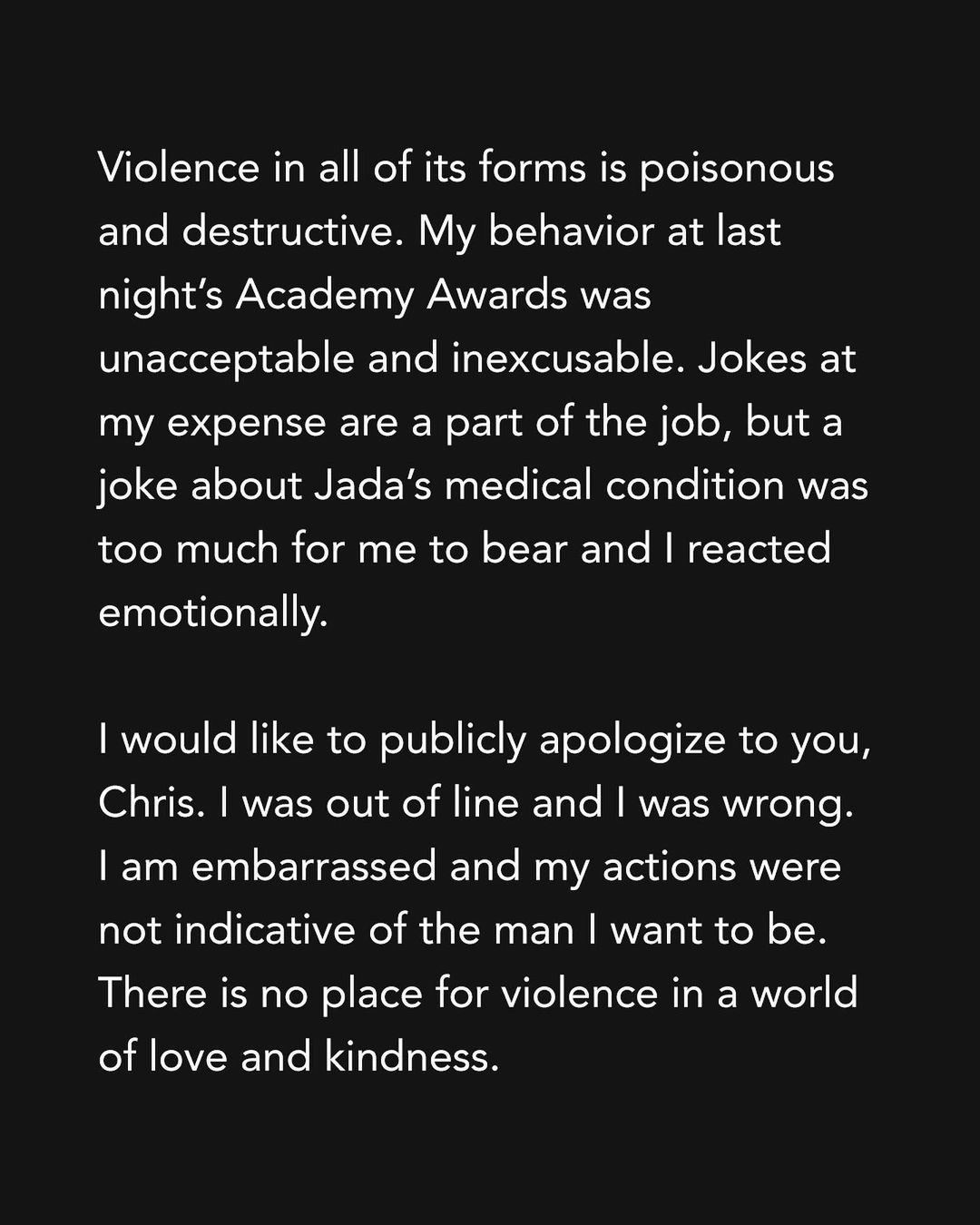 The apology posted by Will Smith on his Instagram.

“My behavior at the Oscars last night was unacceptable and inexcusable. Jokes at my expense are part of the job, but one joke about Jada’s condition was too much for me and I reacted emotionally.” continued.

“I would like to publicly apologize to you, Chris. I was out of place and I was wrong. I am ashamed and my actions were not indicative of the man I want to be. There is no room for violence in a world of love and kindness.”concluded the Best Actor winner.

Smith also apologized to the show’s organizers and producers.

Until now, a statement from Chris Rock about what happened at the Oscars was not known.