Warning: this note contains spoilers for season 4 (before the one that premiered) of “The Marginal”

The fifth and final season of “El marginal” finally hit the Netflix screen this Wednesday, closing the cycle of one of the most successful Argentine series of recent times.

The prison series will resume the destinies of Pastor (Juan Minujín) and Diosito (Nicolás Furtado), who separated after the frustrated escape, face new dangers and challenges to survive.

Pastor has been locked up, while the young Borges seeks a place outside the walls. “Both will have to face the consequences of their actions and repair the damage of the past”, they anticipated with Netflix.

Meanwhile, inside Puente Viejo, power struggles escalate. Borges, James and Bardo (Ariel Staltari), facing César (Abel Ayala) and the U21s, are heading for a brutal record. All under the watchful eye of the “renewed” director, Sergio Antín (Gerardo Romano).

The end of the series will also mark the return of characters such as Luna Lunati (Maite Lanata), who will now officiate as a lawyer and in the first season, it was she who had to be rescued by Pastor, because it is she who was kidnapped. daughter of a judge.

So that you can see the new season with a very fresh story, a review of everything that happened:

What happened in the first season?

Ex-policeman Miguel Palacios (Juan Minujín) enters San Onofre prison as a convict with a false identity, a pastor, and a made-up cause. His mission is to infiltrate a mixed gang of prisoners and jailers that operates from inside the prison, led by Mario Borges (Claudio Rissi) and Diosito (Nicolás Furtado). The group has just kidnapped Luna Lunati (Maite Lanata), the teenage daughter of a corrupt Nation judge, and as a result, Miguel’s mission is to find the kidnappers and discover the young woman’s whereabouts.

San Onofre prison is run by Sergio Antín (Gerardo Romano), who has a complicity in the Borges cases. In the courtyard is the Sub21, a group of young prisoners who want to put an end to the Borges and be the capos of the prison. Additionally, the prison system’s social worker, Emma Molinari (Martina Gusmán), plays an important role in Pastor’s life.

After discovering that Luna Lunati is being held captive in an area of ​​the prison and securing her release, Pastor is betrayed. Left behind bars like any other prisoner, without witnesses who know his true identity and surrounded by the worst criminals and murderers, he quickly understands that it is only by escaping that he will be able to save his life and recover his name. And he finally gets it.

What happened in the second season?

The second season takes place three years before the first season. The “Borges” brothers, Mario and Diosito arrive at San Onofre prison and find themselves embroiled in a power war against “El Sapo” Quiroga (Roly Serrano), the prison’s most powerful prisoner. The Borges form an alliance with Patricio “El Doc” Salgado (Esteban Lamothe), an anesthesiologist locked up for a crime he did not commit. This relationship will be the key to survival.

Finally, the Borges will accomplish their mission: to become the “capos” of the prison, and to forge an alliance with the versatile director Antín.

What happened in the third season?

The third season takes place, chronologically, between the second and the first season, which is two years after finishing with “El Sapo” and one year before the kidnapping of Luna Lunati.

The Borges brothers consolidated their power in the prison of San Onofre. At Antín’s request, the Borges must protect a recently arrived intern, Cristian Pardo (Lorenzo Ferro), the son of a powerful businessman (Gustavo Garzón). Emma deals with the trauma the riot left her with and the youths of the Sub 21 attempt to dethrone the Borges; and for this they make alliances with the former prisoner boxer Oliverio Bruni (Alejandro Awada) and with Pantera (Ignacio Sureda).

What happened in the fourth season?

The fourth season takes place after the first season. After the fire of San Onofre, the destinies of Pastor, Mario Borges and Diosito intersect again in the prison of Puente Viejo. The reunion between Pastor and Diosito reignited strong feelings for both. César (Abel Ayala) joins this confrontation, who has been transferred there, and leads the group that represents the Sub21. 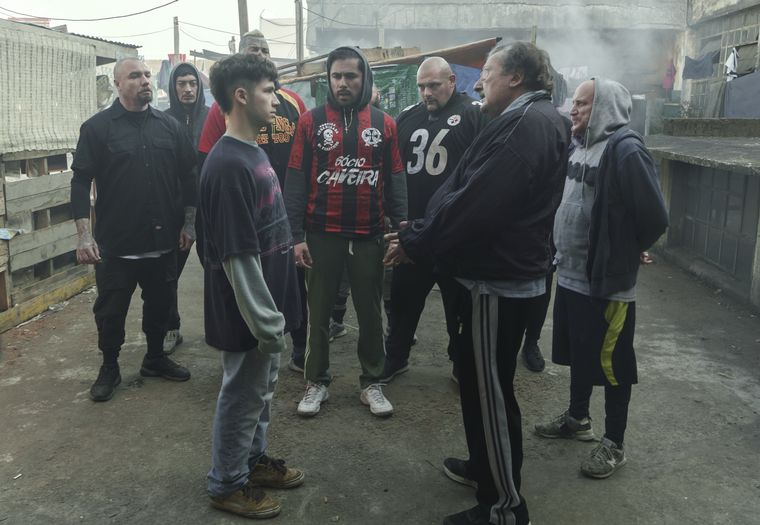 From the outside, Sergio Antín operates to take power of the prison, facing the director Galván (Rodolfo Ranni). Emma Molinari (Martina Gusman) works to help Pastor in a new and dangerous escape attempt, which is frustrated from the start.

The Borges gain the trust of Coco (Luis Luque), the prison’s current capo, and start a cocaine business there. But the Sub21 destroys it, resulting in Coco’s rematch with the group.

One of the prison guards had an affair with Bardo (Staltari), Coco’s son-in-law, which is discovered and used by the Borges. When the “capo” finds out, he kills the officer but does not find Bardo, which gets him punished and the Borges take him to jail. Finally, Bardo kills Coco, saving Pastor from a confrontation.

At the same time, Pastor planned an escape from prison with the writings left in a book by an inmate from another time (who was Emma’s father) and managed to escape with Diosito (who is angry at Mario Borges because he discovers that he is his father). ). However, Pastor’s ex-wife thwarts his plans to escape at the hands of Antín because he wants his son back (who revealed to him that they were leaving), stabs Emma, ​​and Pastor is recaptured. 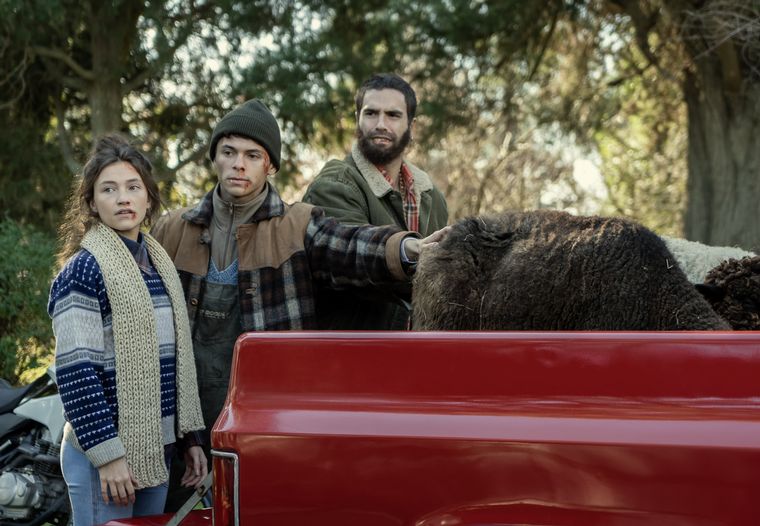