The asteroid that killed the dinosaurs when it crashed into Earth 66 million years ago also caused a giant tsunami with waves 1.6 kilometers high. in the Gulf of Mexico, whose waters have traveled halfway around the world, according to a new scientific study published today.

Researchers have found evidence monumental tsunami after analysis of cores from more than 100 sites around the world and create digital models of the monster waves after the asteroid hit Mexico’s Yucatan Peninsula.

“This tsunami was powerful enough to disrupt and erode sediment in ocean basins on the other side of the world.“, explained the lead author of the study, Molly Range, who conducted research for a master’s thesis in the Department of Earth and Environmental Sciences at the University of Michigan. 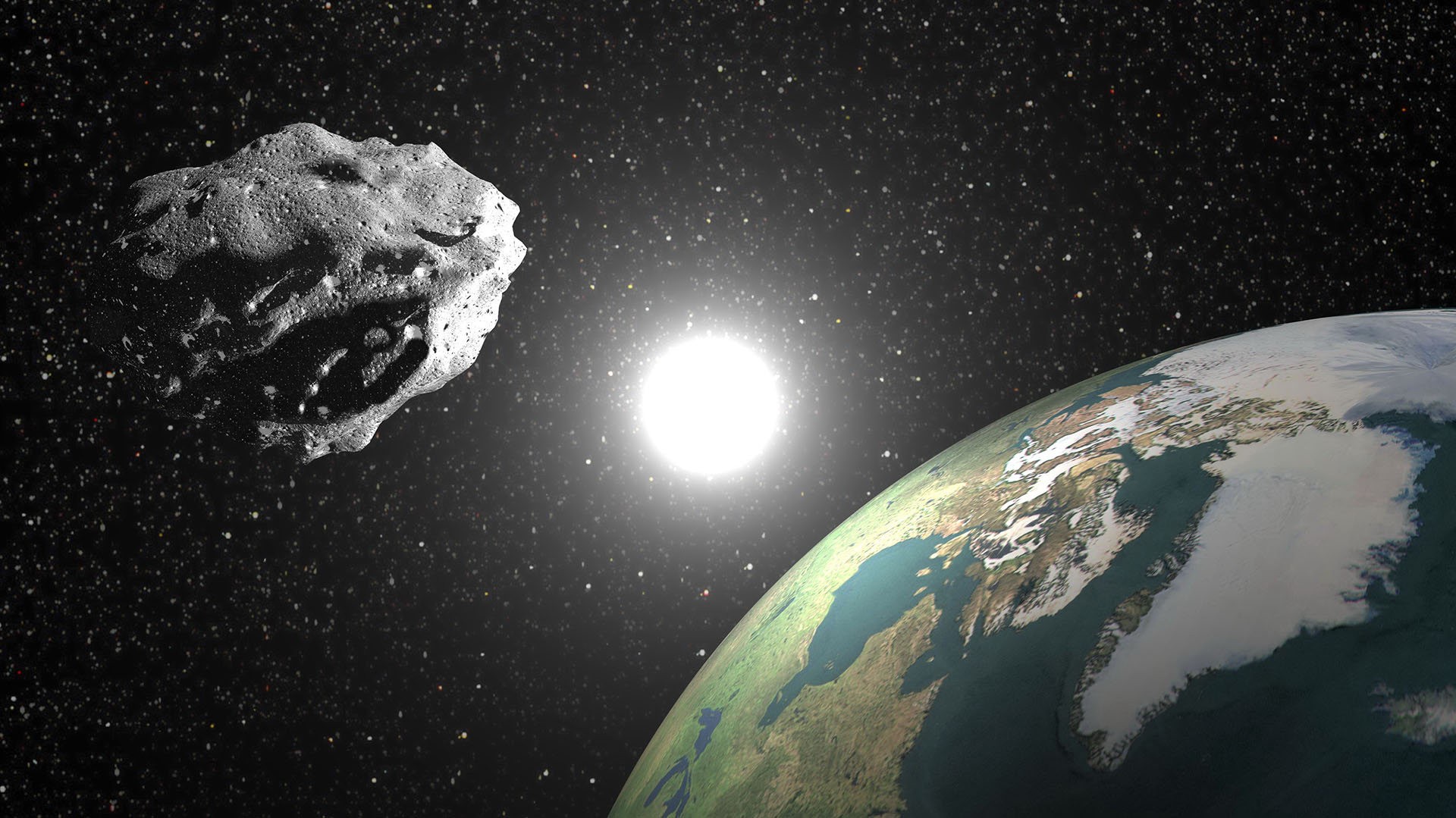 The impact created a 100 km wide crater and raised a dense cloud of dust and soot into the atmosphere.

The massive tsunami research, which was previously presented at the 2019 American Geophysical Union Annual Meeting, has been published online in the journal AGU Advances. Range dived in the tsunami’s journey immediately after the asteroid collision. Based on previous findings, his team modeled an asteroid measuring 14 kilometers wide and was approaching 43,500 km/h, or 35 times the speed of sound when it hit the Earth.

After the asteroid impact, many life forms died. Non-avian dinosaurs disappeared, and about three-quarters of all plant and animal species disappeared.. Researchers are aware of the asteroid’s many pernicious effects, including sparking fires that cooked animals alive and spraying sulfur-rich rocks that caused deadly acid rain and prolonged global cooling.

“The distribution of erosion and the hiatus that we observed in the marine sediments The Cretaceous is consistent with our model results, which gives us more confidence in the model’s predictions,” said Range, who started the project as an undergraduate student in the Arbic lab in the Department of Science. the earth and the environment. 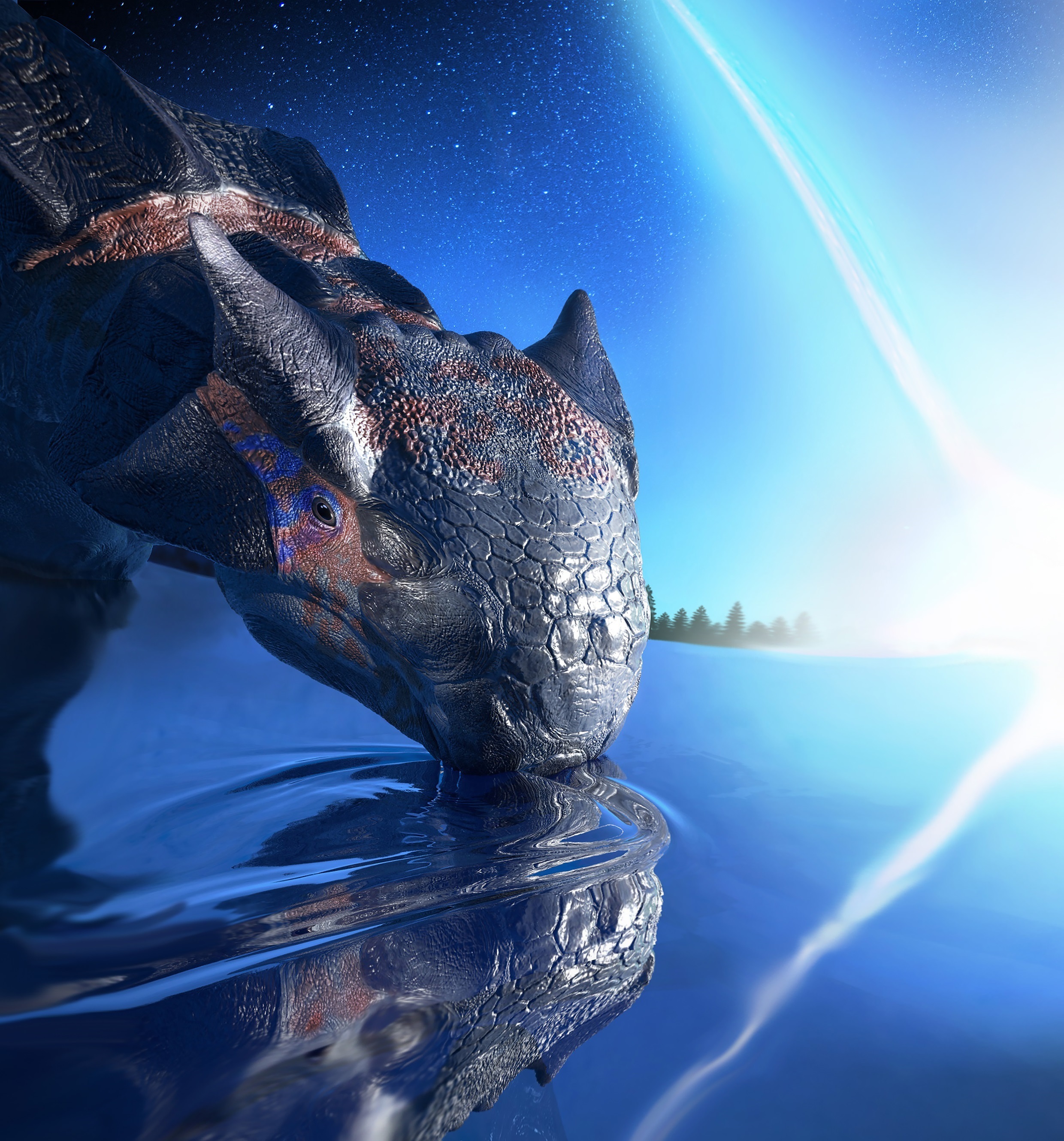 Artist’s rendering of an Ankylosaurus magniventris, a species of large armed dinosaur, which existed when a meteorite fell on the Yucatan Peninsula 66 million years ago (EFE/Fabio Manucci/ Imperial College London)

To learn more about the resulting tsunami, Range and his colleagues analyzed the Earth’s geology and successfully analyzed 120 “boundary sections” or marine sediments deposited just before or after the mass extinction eventwhich marked the end of Cretaceous period. “These boundary sections matched their model’s predictions of wave height and wave motion,” Range said. The tsunami’s initial energy was up to 30,000 times greater than the tsunami energy released by the December 2004 Indian Ocean earthquake that killed more than 230,000 people, the researchers found.

Once the asteroid hit Earth, it created a 100 km wide crater and threw a dense cloud of dust and soot into the atmosphere. Just 2.5 minutes after impact, a curtain of ejected material pushed a wall of water outward, briefly forming a 4.5km high wave that crashed as ejecta plummeted to Earth, according to simulation. In less than 10 minutes, a 1.6 km high tsunami wave about 220 km from the impact site swept across the gulf in all directions.

An hour after impact, the tsunami had left the Gulf of Mexico and rushed into the North Atlantic. Four hours after impact, the tsunami crossed the Vía Marítima Centroamericana, a passage which at the time separated North America from South America, and entered the Pacific. A full day after the asteroid’s collision, the waves had crossed most of the Pacific and Atlantic, entering the Indian Ocean on both sides and hitting most of the world’s coasts within 48 hours of the crash. impact. 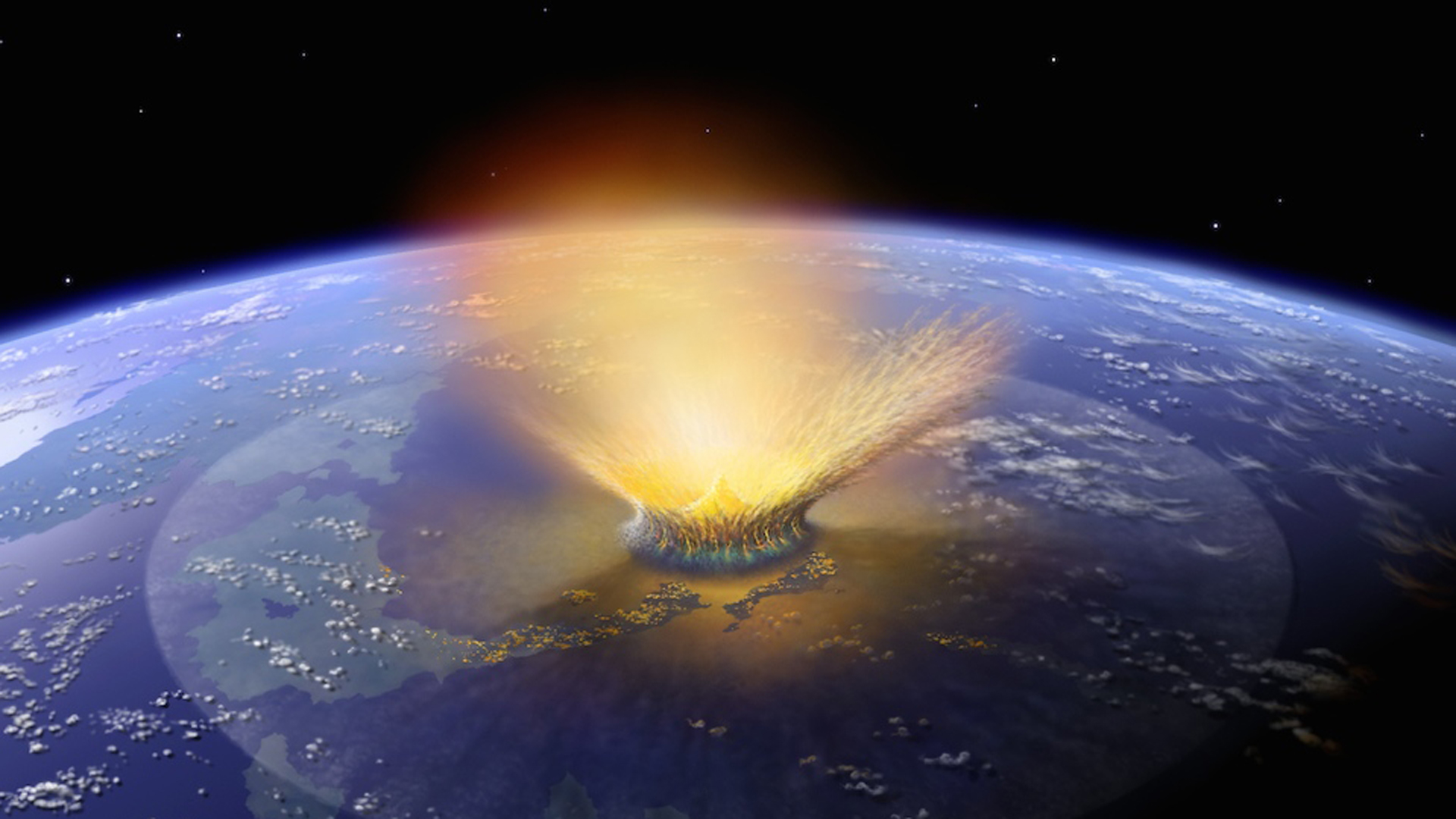 The meteorite impact occurred in the area where Mexico is today

After the shock, the tsunami radiated mainly to the east and northeast, spouting into the North Atlantic Ocean, as well as to the southwest by the Central American sea route which empties into the South Pacific Ocean. Water was traveling so fast in these areas that it probably exceeded 0.6 km/h, a speed that can erode fine-grained sediments from the sea floor.

Other regions largely escaped the tsunami’s power, including the South Atlantic, North Pacific, Indian Ocean and what is now the Mediterranean Sea, according to the team’s models. The team even found outcrops, or exposed rock deposits, of the impact on the north and south islands of eastern New Zealand, more than 12,000 km from the Chicxulub crater in Mexico.

Originally, scientists believed that these outcrops were due to local tectonic activity. But due to its age and location on the tsunami’s modeled path, study researchers attributed it to the asteroid’s massive waves. “We believe these deposits record the effects of the tsunami impact, and this is perhaps the strongest confirmation of the global significance of this event,” Range said. 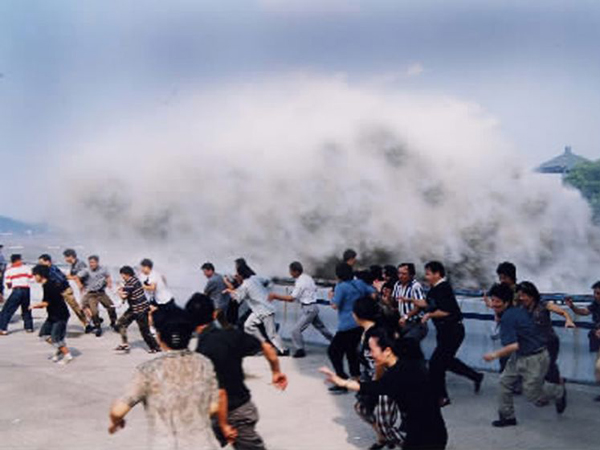 The tsunami generated by the meteorite was 30,000 times more powerful than that experienced by Asia in 2004

Although the models did not assess coastal flooding, they revealed that the waves in the open sea in the Gulf of Mexico would have exceeded 100 mand waves reportedly reached heights of more than 10m as the tsunami approached coastal regions of the North Atlantic and parts of the Pacific coast of South America, the statement said.

As the water became shallow near the shore, the height of the waves would have increased dramatically. “Depending on shoreline geometry and wave advance, most coastal regions would be flooded and eroded to some degree,” the authors wrote in the study. “Any historically documented tsunami pales in comparison to such a global impact,” they added.