Skip to content
A postcard from the last panel, hosted by Daniel Hadad (Photo: Nachomartinfilms)

“Is there left and right? Which are? Is it possible to standardize the concepts? Why today these terms represent different concepts in different places? These and other questions are the focus of discussions on the forum Right and Left in the 21st Centurywhich took place this Tuesday at Florida International University (FIU).

Organized by the Inter-American Institute for Democracy (IID) and the Adam Smith Center for Economic Freedomthis forum brought together personalities such as Álvaro Uribe, Luis Almagro, Patricia Bullrich and Beatrice Rangelamong many other academics, journalists, politicians and former governors of great prestige and experience who made up the four panels.

Some of the most notable phrases of the day:

-“Cuba’s dictatorship is the oldest in the region and has a strong influence in Venezuela, Nicaragua and Bolivia.” (Carlos Sanchez Berzain, executive director of the Inter-American Institute for Democracy and organizer of the forum).

-“In Venezuela, the Chavista mafias, with their private planes, have perpetrated the greatest embezzlement in history. The elites are rich and the population lives in poverty”. (Marie Werlau, Cuban Archives). 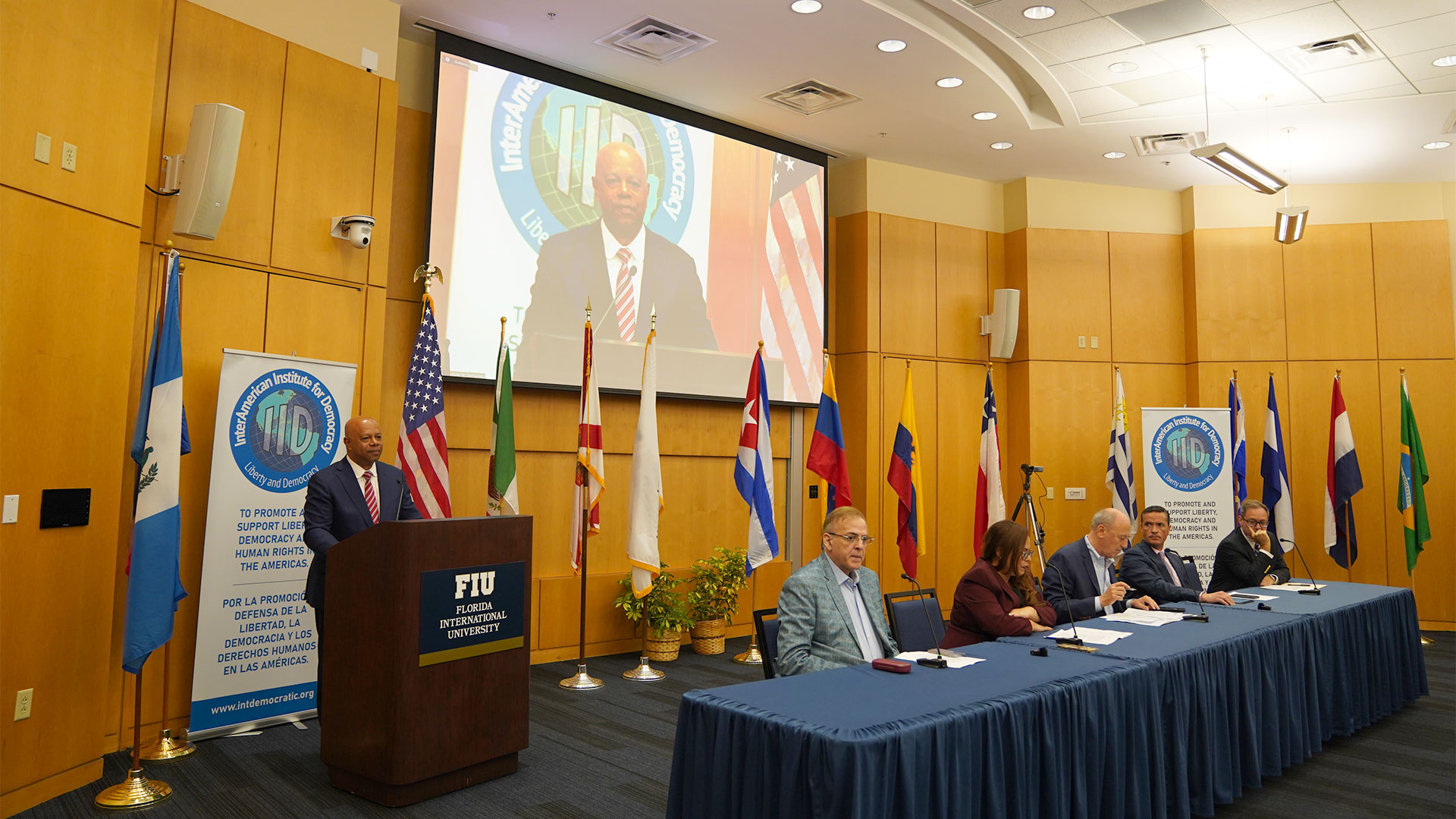 “Right and Left in the 21st Century”, the forum that took place this Tuesday at Florida International University (FIU) (Credit: Nachomartinfilms)

– “Mafia elites take over the states and break the social contract. They are not interested if inflation starves the Cuban people, for example”. (John Anthony White, Foundation for Human Rights in Cuba).

-“What I think is in danger today is liberalism. A political system based on tolerance and respect for the opinions of others is also in danger. (Edouard Gamara, professor at Florida International University).

– “While the United States Constitution has geographic boundaries, the principle of free speech does not or should not.” (David Webbfrom Sirius XM Radio/Fox News).

– “What is important for freedom of expression, the press and the responsibility of institutions, individuals and society, is a system of laws that protects this right. The principle should be applied worldwide because it is something important for our advancement as a society”. (David Webbfrom Sirius XM Radio/Fox News). 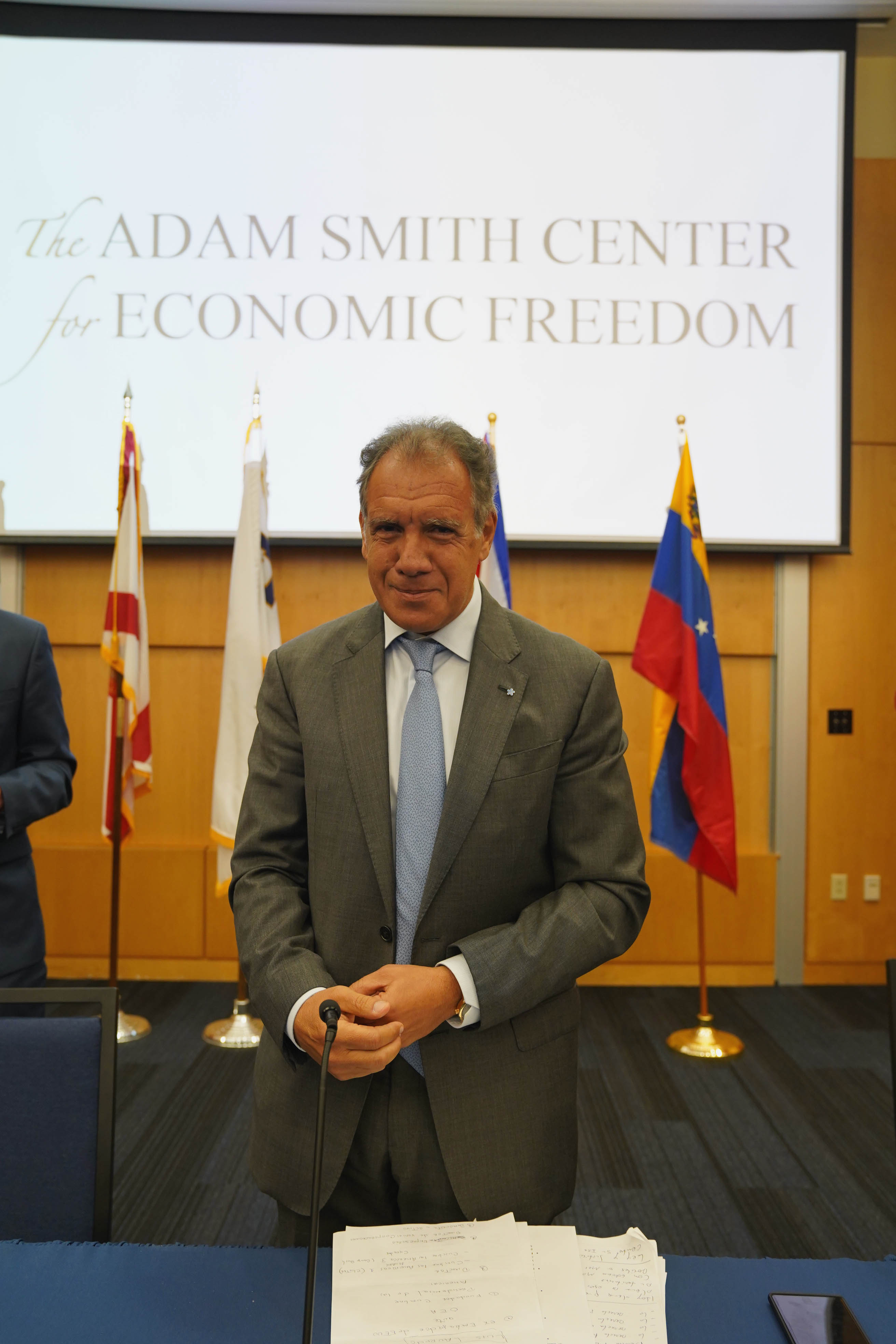 Daniel Hadad moderated the “Right and Left in Government” panel, whose main speakers were Luis Almagro, Secretary General of the OAS; and Álvaro Uribe, former president of Colombia. (Nachomartinfilms)

-“It is difficult to report events in countries where human rights are violated”. (Iliana Lavastidacommunicator of The Journal of the Americas).

-“In Mexico, there is only one media, it is the President of the Republic, who speaks every day for two and a half hours. VSI believe that in Mexico, we have created the “peorcracy”, they are the worst leaders. I am very worried about how far this López Obrador regime will go. It must stop its attack on the media and communicators”. (Francois Zea, from Image Group, Mexico).

– “Journalism is in crisis because presidents don’t need journalism. Presidents have Twitter. (Oscar Haza, of MEGATV).

-“Left-wing Marxist groups, like in Peru, come with the intention of taking power. They are not interested in the economic success of their people, but they want power to use it in the worst possible way.”. (George du Chateauformer minister of Peru). 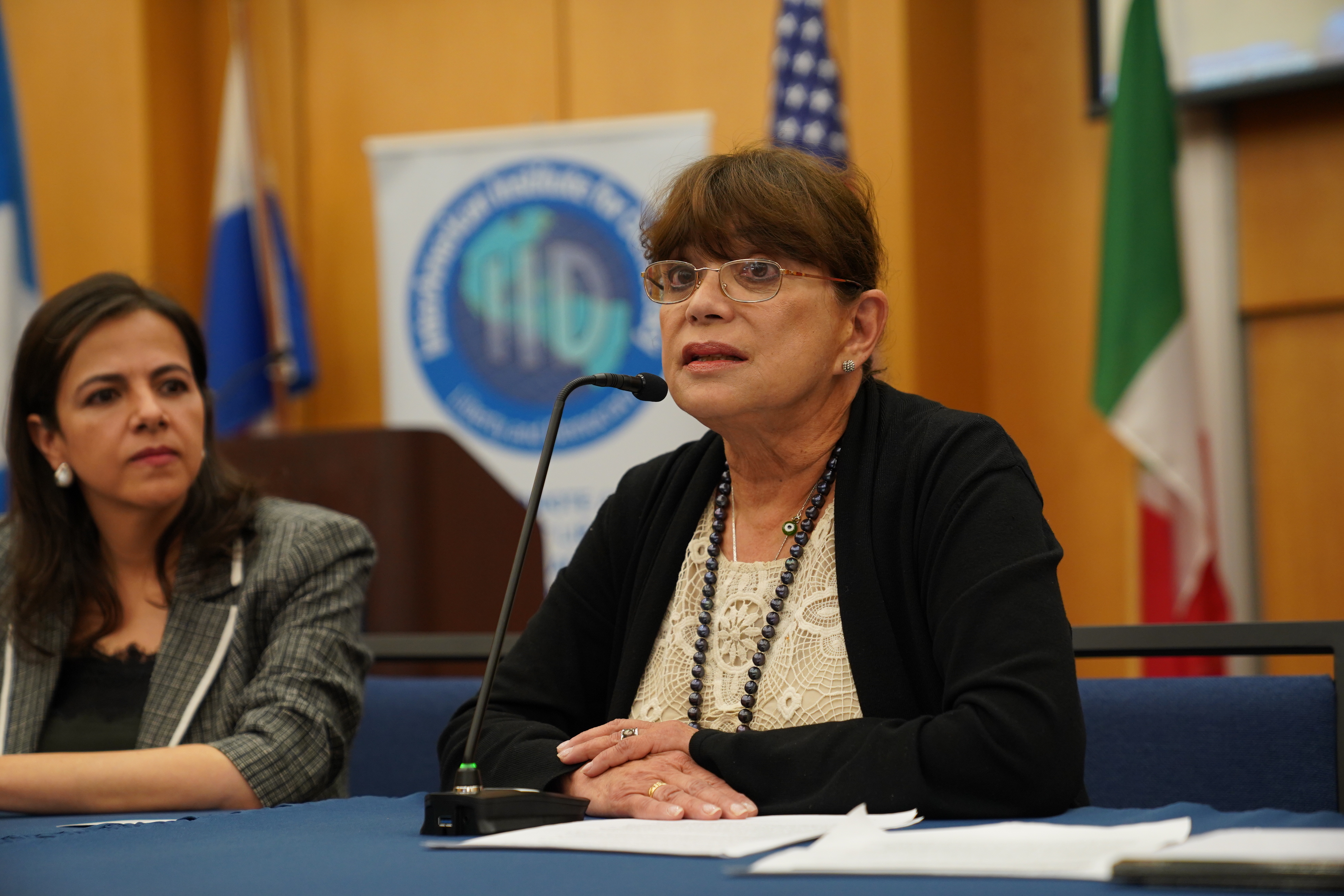 -“In the 1980s, unnatural alliances began to appear, for example in my country, Venezuela. The wrong choice on the left and the wrong choice on the right have combined to turn back the clock of history. They opened the door to an enemy of freedom: Fidel Castro”. (Beatrice Rangel, former Minister of Venezuela).

-“The concepts of right and left suffer from a Existential crisisotherwise It would not be explained that Maduro, Ortega, Díaz-Canel and Bolsonaro support Vladimir Putin”. (Louis Galeanoexiled from Nicaragua).

-“In addition to discussing left and right, we must discuss them within the framework of a society whose forms of action are totally different from those of the past.. We had a drama in Argentina with the left and the right. Peronism was on the left and it was on the right. He occupied all the political space and also occupies the center”. (Patricia Bullrich (former Argentine minister).

– “The lack of freedoms has produced 5 million displaced citizens in Venezuela.” (Alvaro Uribeformer president of Colombia).

– “Dictatorships, on the right and on the left, are failing systems”. (Louis AlmagroSecretary General of the OAS).