Skip to content
After 13 days of searching, authorities have confirmed that the body found near the Nueva Castilla motel matches that of Debanhi Escobar, whose cause of death was a deep cranial contusion (Video: FGE Nuevo León)

A day after the discovery of a woman’s body in a cistern inside the Nueva Castilla motel, the office of the Attorney General of the State of Nuevo León (FGE) confirmed to match that of Debanhi Escobaryoung woman reported missing in the past April 9. Likewise, after conducting the corresponding studies, they reported that the death was caused by a deep cranial contusion.

“Having found the body of a lifeless person in the search area of ​​Debanhi Susana Escobar Bazaldúa, scientific evidence allows us to communicate that the body found is Debanhi Susanathe cause of death being deep cranial contusionconfirmed Gustavo Adolfo Guerrero Gutiérrez, Attorney General of Nuevo León, through a statement on the institution’s social networks.

Likewise, he confirmed that, although he made the discovery after 13 days in which authorities, groups, family and friends participated in the search “At present, no line of investigation is excluded in this case”thus the investigations will continue to clarify the reasons which led to the death of the young law student.

Debanhi was last seen after attending a party in the neighborhood of Nueva Castilla, municipality of Escobedo, Nuevo León (Photo: Twitter/jamatta900)

A few hours before the confirmation, in an interview with Monterrey Newsthe Deputy Prosecutor of the Public Ministries of Nuevo León, Luis Enrique Orozco has confirmed that Debanhi’s body has been handed over to his relatives in the afternoon of Friday, April 22, 2022, after carrying out the corresponding analyzes in the facilities of the Forensic Medicine Service (Semefo).

Family and friends gathered at a burial site in Monterrey, Nuevo León, to wake up and fire Debanhi Escobar. On site, his father Mario Escobar provided details of the protocol, although he also took the opportunity to reject the versions provided by the FGE of Nuevo León about the death of his daughter.

“What they say is a lie. You all know they killed her or planted her. Don’t tell me questions about what the OTP said yet. They killed her and left her on the road. A person was sexually harassing her, who is the taxi driver Juan David Cuéllar, I’ve said it before, I’ll say it again. There was a lot of negligence on the part of the Prosecutor’s Office and what they are saying right now is totally wrong because they planted it and killed it We have to do justice,” he said to the media. 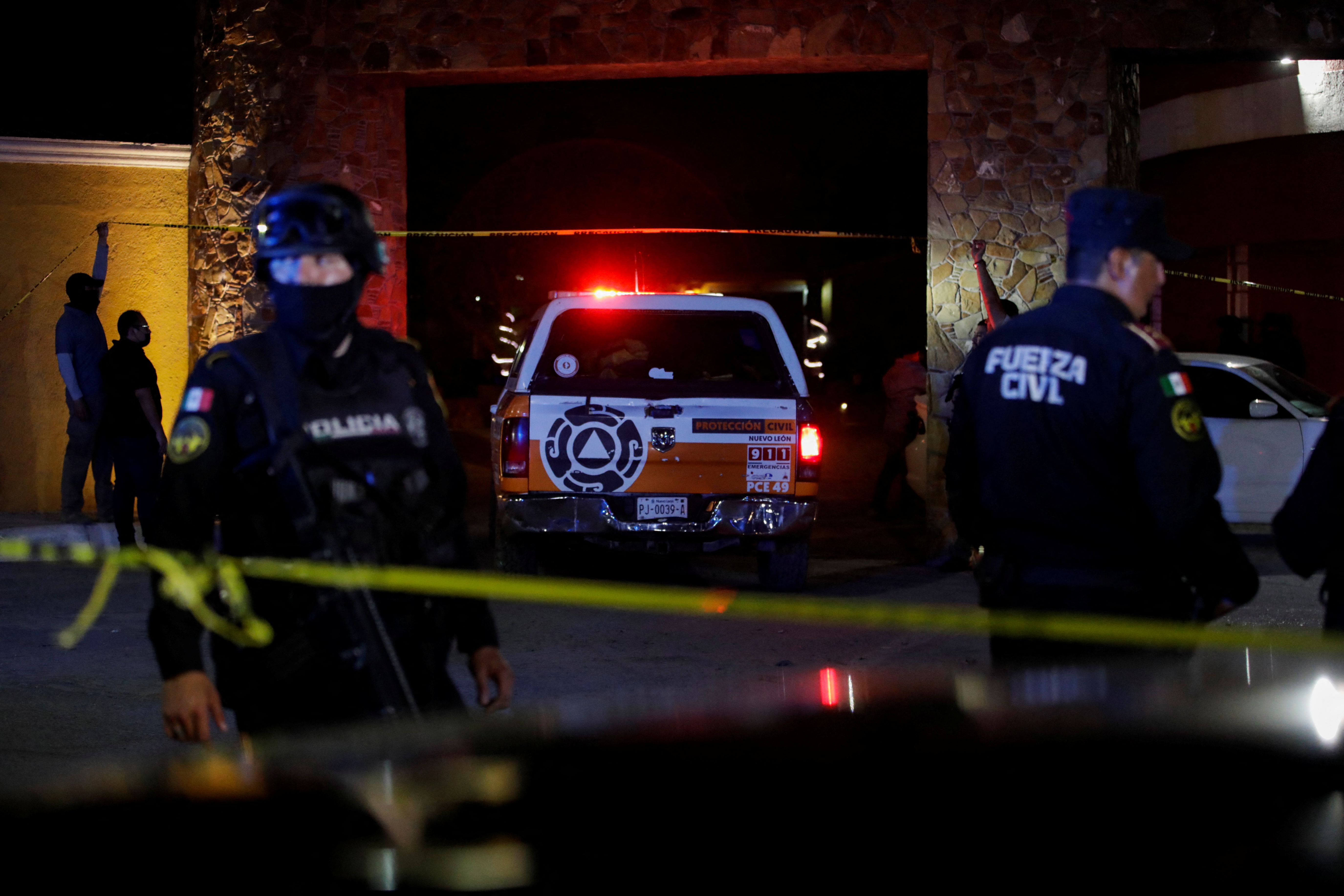 Debanhi’s body was found in a cistern inside the Hotel Nueva Castilla, in the municipality of Escobedo, Nuevo León (Photo: Daniel Becerril/REUTERS)

And it is that the context of the discovery of the body of Debanhi cast doubt on the work of the FGE. According to Mario Escobar, the authorities proceeded four searches in the vicinity and inside the Hotel Nueva Castilla, where she was last seen. In addition, the research teams met continuously during 13 days off the resort.

It wasn’t until the afternoon of Thursday, April 21 that some hotel employees reported foul odors coming from an abandoned cistern inside the property. Upon receipt of the report, experts and authorities went to the aforementioned location to search for and remove the body. However, after learning of the operation, the victim’s father criticized the authorities for the omission.

“Thirteen days here!” How many times have they come here? How many times!”Mario Escobar screamed as authorities cordoned off and returned to the hotel.

In the face of outrage and doubts about the effectiveness of the authorities involved, the state governor Samuel Garcia, asked authorities a detailed report of the incident. On the other hand, the prosecutor assured that the characters who may have incurred omissions will be investigated and punished. Meanwhile, the President Andrés Manuel López Obrador proposed to the family the intervention of the Attorney General of the Republic (FGR) in the case.