After The moving farewell of Denise Dumas to the home stretch of the third season of Master Chef Celebrity, only three semi-finalists are still in the running: Tomás Fonzi, Mica Viciconte and Vicky Juariu Braier. Everything indicated that Wednesday evening there would be another elimination, but Santiago del Moro He told them that no one would go home this time around, but that the advantage they gained would be crucial for the final elimination gala, which will take place on Thursday. However, the surprises did not end there, because A few minutes later, Joaquín Levinton, Mery del Cerro and Malena Guinzburg entered the studio.

“Today they are going to live a night of deja vu because of the gray facades and another detail“, a d Donat de Santis during the mysterious opening. He was referring, of course, to the presence of former participants, who would be reunited with their cooking stations. “You will have to work in series and make six identical dishes from the same menu, which you will choose, and you will have three minutes at the market to get all the ingredients you need,” he explained. Damien Betular.

Due to the challenge of cooking in volume, experts told them they would not be alone in this complex task. The three participants arrived with a pure smile and also brought trays covered with red covers, which contained the respective protein that would be awarded to their teammate. Randomly, when they chose aprons, they discovered with whom they were going to cook: Joaquín accompanied Fonzi; Mary a Juariu; and Malena in Viciconte.

The moment former participants met the three semi-finalists, two galas to find out who will be the new Masterchef Celebrity champion

“We had to go back,” said Levinton, excited for the comeback and for being Tomás’ assistant on that home stretch. Then the dishes for each pair were defined, and each participant tried to obtain all the necessary raw materials without forgetting anything. The EX fight prepared white salmon cevichebased on previous experiences where they had good yields with seafood and fish. The actor made lamb steaks with couscous, and the influencer surprised with fried frog legs.

Whoever put in the best performance would win a performance for the final elimination gala on Thursday, and that increased the pressure. Levinton and Guinzburg used humor to defuse tensions with their former teammates, and Del Cerro remained focused throughout. “I work better lying down, it’s unbelievable,” joked the former Casi Angeles player of his excellent performance as an assistant. Upon return, all three former participants withdrew, leaving the semi-finalists with all six dishes completed. 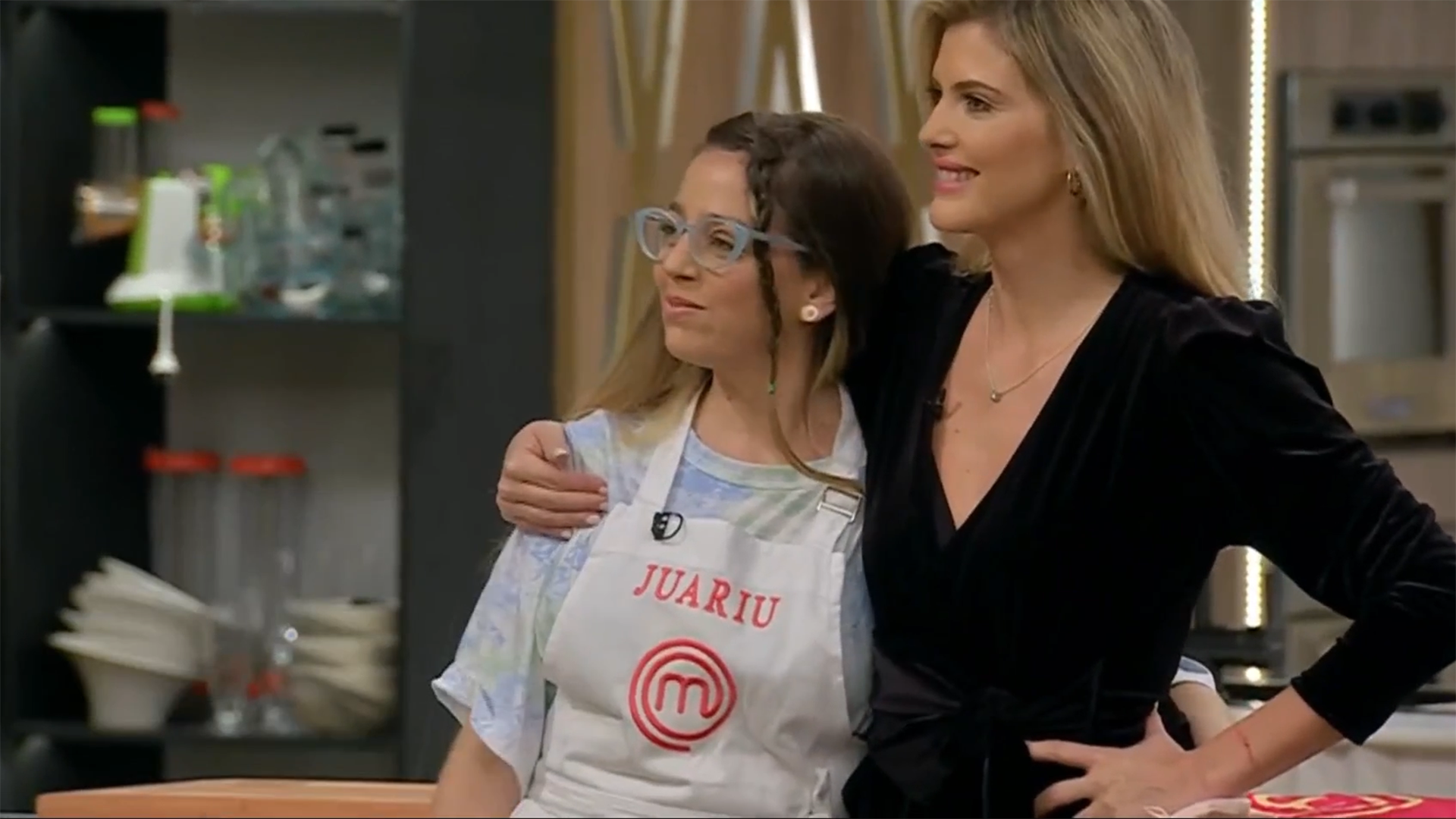 The first to pass was Viciconte, who received very good comments. german martitegui highlighted the execution of all the elements, but explained the lack of some signature flavors: “For me the leche de tigre has excess acidity, it lacked a bit more fish, garlic and ginger, or something else that would give it another texture; that’s just one review and lots of praise.”

When they assessed the plate of Juariu, they were surprised by the ideas he applied, and although he had some flaws, he shone with his creativity. “The layer of frying is perfect, I love it. I like yoghurt, zucchini puree is not puree, something happened in the middle, but the frogs are sublimesaid the contest’s pastry chef. Finally, Fonzi did not get as many blows, but rather corrections: “There is a problem of proportions, it is rustic and grotesque. It has flavors, but I think it’s just a good try.” Eventually the influencer managed to stand out and got the enigmatic profit which will be unveiled on Thursday evening.