After almost two decades of separation, the successful creative duo Agulla & Baccetti, who marked advertising in the 90s, return with a new project. The last time they worked together was in 2004 when they sold their agency to the Lowe Group. Ramiro Agulla Yes Carlos Bacetti They assure that they do not experience nostalgia for the past and that today they rely on humor and “incorrectness”, a rare thing in current advertising.

With an evolution of the famous “La llama que llama”, those soft toys who laughed at their own telephone pranks – although they were not the same ones that made them famous with telecom advertising – the duo are ready to enter the world. NFT (Non Fungible Token), crypto-currencies and the metaverse.

After specifying that they never argued, Agulla and Baccetti do not hide their enthusiasm to work together again. They are co-founders of The Black Minds, along with Patrick “Duck” Fuks and the polo player Ignatius Figueres. Their children also participate.

“We like to tell the time. It’s a time of NFT, of crypto, of digital art. There is a conversation there. You cannot live with a politically correct ultimatum” (Agulla)

After the official launch, in about 20 days, they will start selling a collection of 10,100 llamas – which they define as solid, funny and sarcastic works of art – via the Ethereum blockchain. Those who acquire the Llamas’ NFTs will have access to benefits such as events and raffles. When you purchase one of the llama, you receive the intellectual property rights. The base price will be 300 USD, as expected, and they have not ruled out having their own currency (the “flame sterling”).

The return of the creative duo of the 90s

“We were convinced that we were never going to reopen a traditional advertising agency. Nostalgia doesn’t suit me. Publicity has given us a lot and we have given it a lot, but we believe that no past success guarantees future success. In this desire to headlong, Pato (Patricio Fuks) called us and we discovered that the NFT is very close to what we love: art, music, humor. It is a culture of decentralization, narration (creating stories around a brand and its products). From that perspective, it’s pretty much the same as what we used to do for a client, but now we’re doing it for a community,” Baccetti explained. 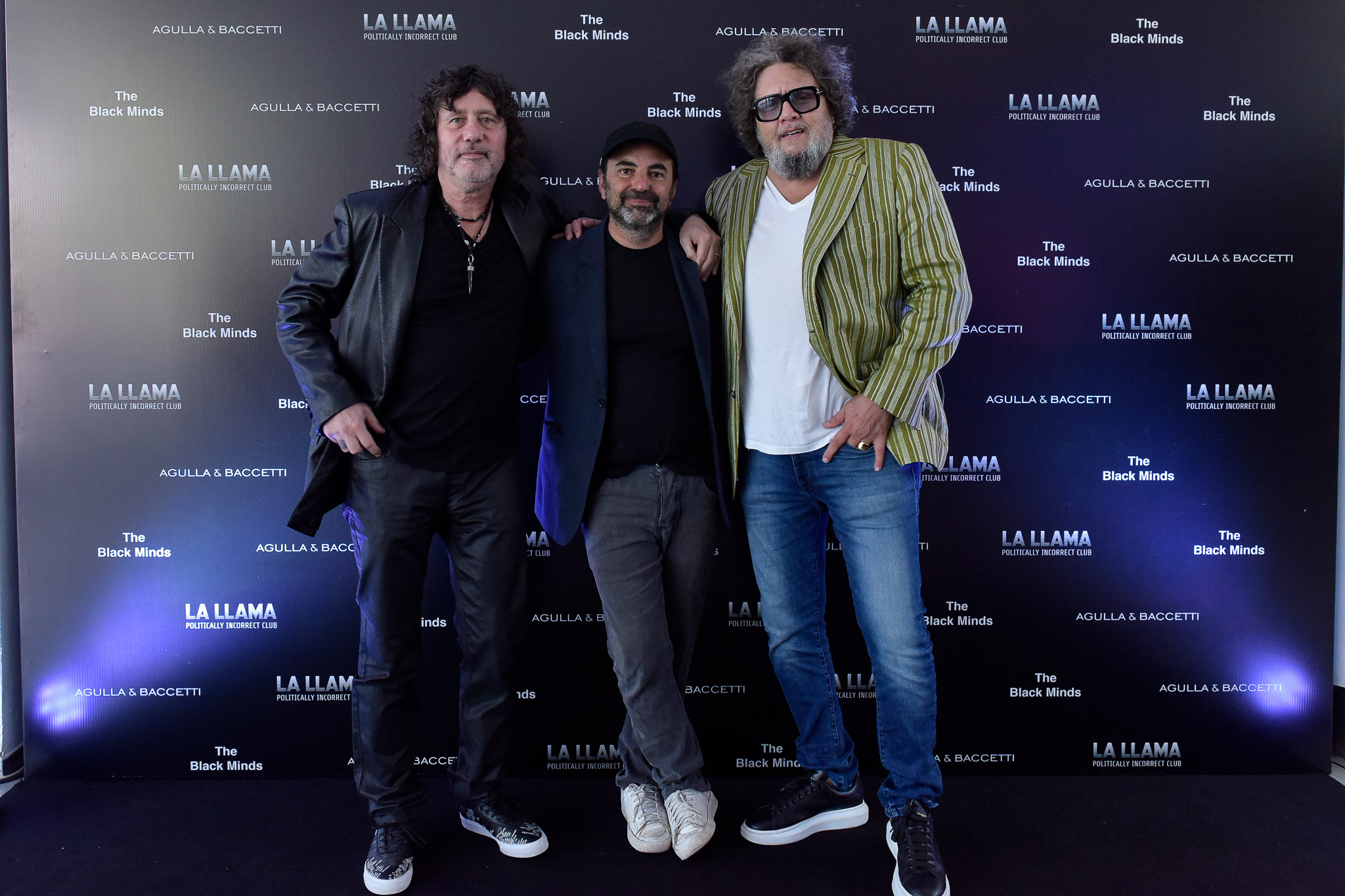 “These are communities that are beginning to interact, beyond the fact that it is an economic investment. You have the intellectual property right of this NFT. If Walt Disney had made Mickey Mouse an NFT, the community would be part of that big hit. This is what is happening today. When the project worked best, you stayed with an NFT that allowed you to develop it, make t-shirts, restaurant, movies, music, games. The flames are going to be part of a metaverse,” the businessman said. Patrick Fuks, who during the pandemic moved from real estate activities to the world of cryptocurrencies and decided to call on Agulla and Baccetti for this project. As an example, he cited the case of Bored Ape, the most successful NFT collection with algorithmically generated images of monkeys.

“They gave us a lot of ideas. We did television for fun, with the series Mosca & Smith (series for Telefé with Fabián Vena and Pablo Rago in 2004) then I became interested in political communication. We were doing things solo but we were also friends, they always offered us things until we were judges of a reality show advertising, which amused us. They offered us series and books,” he recalls. ghoulcampaign creator Fernando De La Rua in 1999.

Annulment is like a single jury trial that finds you guilty and kills you. It doesn’t give me the chance to explain, to speak, that you know me, to apologize if I’m wrong (Baccetti)

— Why after so many years did you choose to come back to this NFT project?

— ghoul: We see that finally art changes a financial system, democratization and decentralization. We already had a community made up of lamas, our favorite animal. He’s an evolved llama. So the circle was complete. This is the moment when the world splits into two, three, four pieces. The world is strange, the financial system is strange. We saw a vein and a moment where we can contribute something.

— Bacetti: It has nothing to do with “the flame that calls”, which is an advertising icon. It was created when the world was completely different. We like to find out which string moves the world. They made those silly jokes that worked so well in the 90s. Today the conversations are different, the issues are different. We decided to create a new flame that has a voice, a thought, speaks with the language of 2022. Through the narration that we create to be modern, to enhance, to disturb, to have fun.

— Needle : They are fundamentally politically incorrect. They have that DNA. Today there is a battle between what is politically correct and what is not, which sometimes reaches a bitter extreme and the sense of humor is lost. 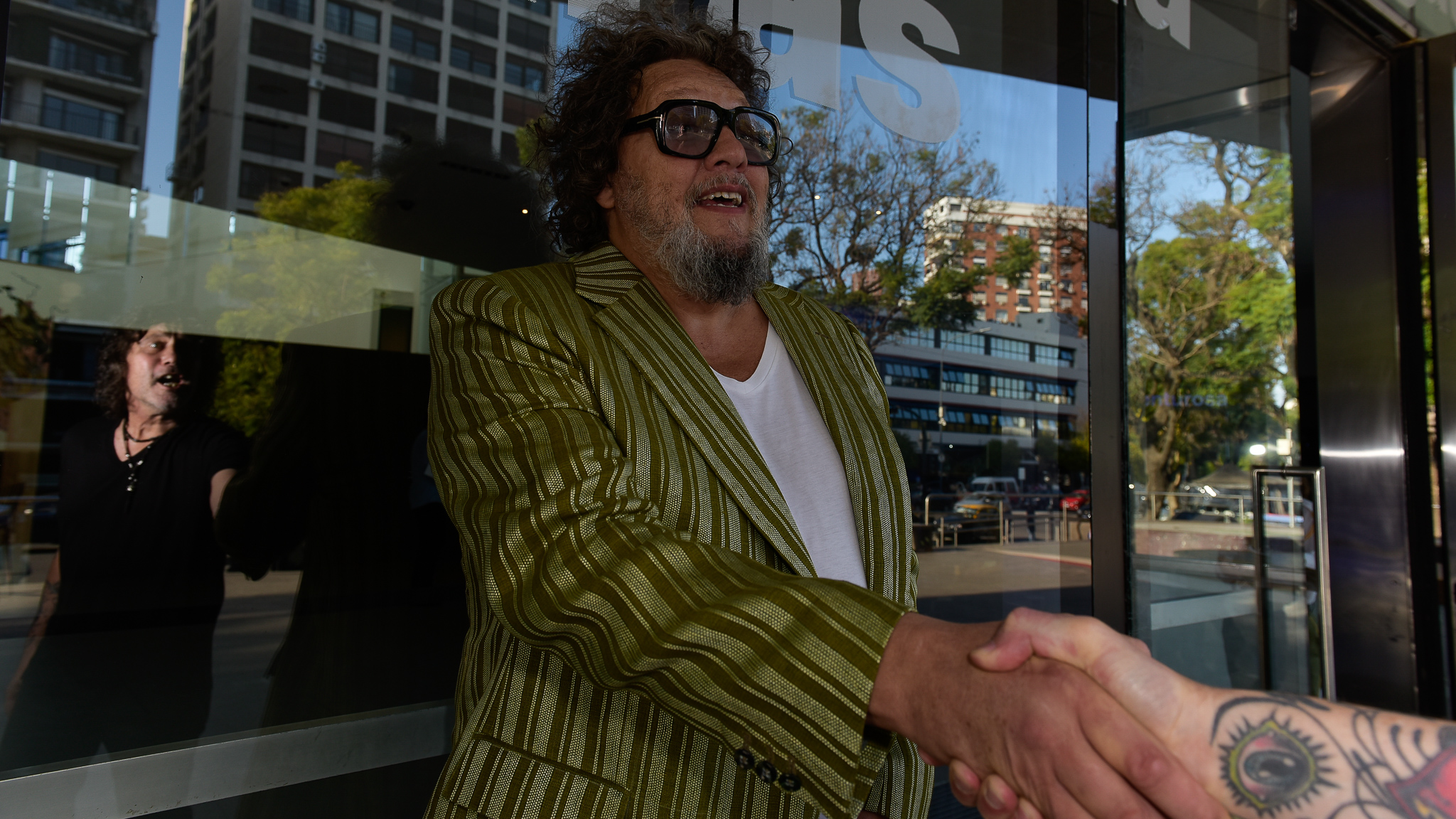 The two creatives, together again in an adventure

— Being canceled is one of the fears of this era, how does that affect you?

— ghoul: If comedians censor themselves, repress themselves, imagine the brands. That’s why now is not the time to do a traditional agency. It’s like inventing the photocopier today. We must seek in art how to make units where we can dialogue. The dialogue collapses. A kind of war used as an instrument of cancellation culture.

Why not chat a little more? Let’s talk, don’t punish each other, always with humor. A sense of humor is a sign of intelligence, a tool of seduction. Each of the flame holders will have a statement (declaration) regarding more dialogue, not being violent. A sense of humor if it does not insult is good for opening up a reflection. Goofy jokes are ones that are very funny. If you don’t know whether to laugh or not, you have a thought.

But when cancel culture tells you “not that,” it blasts dialogue, bridges, and each tribe goes its own way. It is the opposite of dialogue. Four out of 10 Argentines die of a stroke. TV commercials are made as if they don’t matter. Traditional agencies have no budget. The guys running the brands won’t take any chances. Neither do outside companies. No more than people who cleverly and humorously try to push things a little further, more to push, more creative. Nor is there a huge amount of creativity in this country. In general, great creatives leave.

— Are you also going to work with NFT for brands?

— Bacetti: This first book released by The Black Minds, this collection, is aimed at people who wish to acquire it. But we put a structure in place and if brands decide to do NFT through art, we can do it. Humor is a bridge that crosses differences and allows us to sit down and talk about issues. We only push there. There is no way it will grow if we all think the same. What cancellation does is cut the bridge. It is the possibility that we have seen of being able to tell the time, of having a voice that invites conversation. Annulment is like a single jury trial that finds you guilty and kills you. It doesn’t give me the chance to explain myself, to speak, to know myself, to apologize if I’m wrong.

“If comedians censor themselves, repress themselves, imagine the brands. That’s why now is not the time to do a traditional agency. It’s like inventing the photocopier today” (Agulla)

— ghoul: We like to tell the time. It’s a time of NFT, of crypto, of digital art. There is a conversation there. You cannot live with a political correctness ultimatum.

— Bacetti: We are a pivotal generation. It forced us to be sensitive, observant and capable of not having the tools to interpret correctly. We had to change some things about our idiosyncrasy. We are a bridge, we have good things on this side, let’s bring them so that the future will be good on this side and on this side.

— How did the networks switch to more traditional advertising?

— Bacetti: Traditional advertising had an unspoken pact between the brands speaking on television and the viewer. When the consumer changed and the networks appeared, everything changed but the rules did not change. That’s what’s weird. Before, there was a lot on television and this rule was accepted. Today, when I’m on YouTube, I’m interrupted by ads and it annoys me. They mistakenly brought a model to a reality and a new world. They themselves invent the AdBlock, the tacit pact has been broken. With the appearance of networks, hyper-segmentation appeared. with our narration We used to go heart hunting. But today you have the possibility to speak only to pregnant women who live in Rosario, you have become super practical and super annoying. The new ad capable is all about entertainment. You are asking the brand “give me something exclusive that I can enjoy”.

— Do you agree that much of the advertising of the 90s would not pass a current filter?

— Bacetti: They do not pass. But there are a lot of people he misses too. Consumers and media change, but formats do not. To doHow much longer are we going to put up with a brand saying it makes the best cars and believing it because it says so? NFTs appear and we are so close to advertising. They are audiences, communities, narration. We will offer exclusive content, benefits, experiences, community.

— ghoul: Let’s try to push further without hate, but having fun, with a sense of humor. You even need humor to think. You need a sense of humor. Look what happened at the Oscars. Chris Rock’s politically incorrect joke, political correctness reaction, slap in the face violence and cancel culture. There is a perfect metaphor there. We don’t want to fight with cancel culture, we want to engage with political correctness.

— Bacetti: We will make the traditional advertising of the future.

— ghoul: The metaverse exists because people no longer want to live in this world. We don’t have a plan. It is denial, avoidance, anxiety and depression. It’s hard to go out one day and come back happy. The metaverse is “let’s play in a new world”. Brands go there and people go there. It’s a joke. But living in this world is a waste. This is why the metaverse appears as something ideal