Debanhi Escobar disappeared on April 9 he after attending a party at Quinta Diamante in Escobedo, Nuevo León. After 13 days, his body was found in a cistern in the New Castile motel.

During this time, only one photograph of the young woman had been broadcast on the federal road 86 Monterrey – Nuevo LaredoThe image was taken by an app taxi driver who was contacted by his friends. On April 17, it was revealed that after reviewing 18 security camera videos, it was concluded that Debanhi had traveled 20 meters until Alcosa, a freight forwarding company. This happened between 4:29 a.m. and 4:30 a.m. on April 9.

On April 26, the Nuevo León attorney general’s office established the route the young woman would have taken inside the motel, video recordings released during the April 27 conference revealed. the time at which each movement would have taken place. 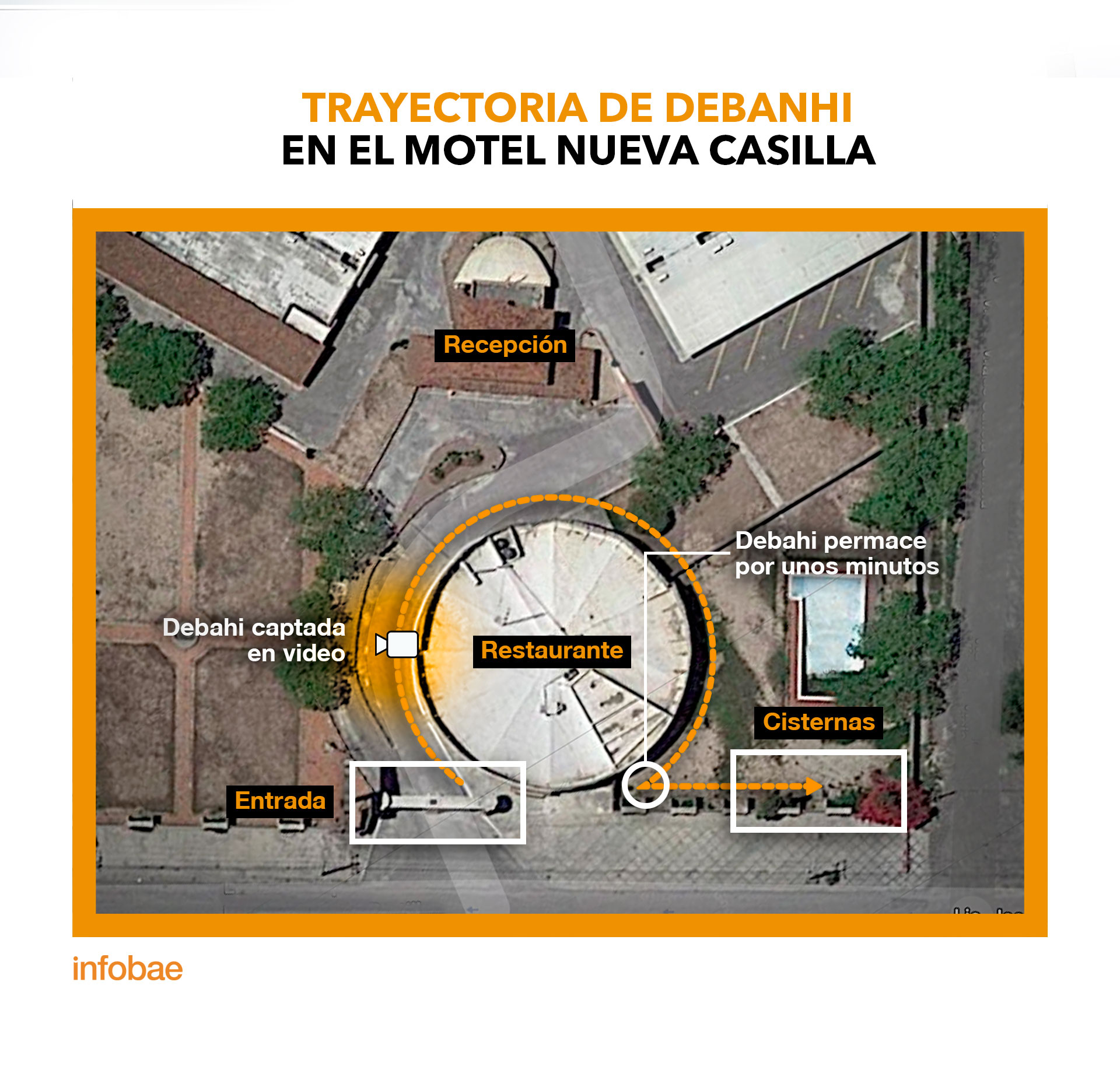 According to the prosecution, Debanhi entered alone and passed through lighted areas at all times.

Debanhi would have walked away from the Alcosa company, crossing Vía de Baleares and Vía de Galicia towards the Nueva Castilla Motel

“Camera 2” in the motel parking lot captured Debanhi running down the driveway, in this area you can also see an access pen and a toll booth. 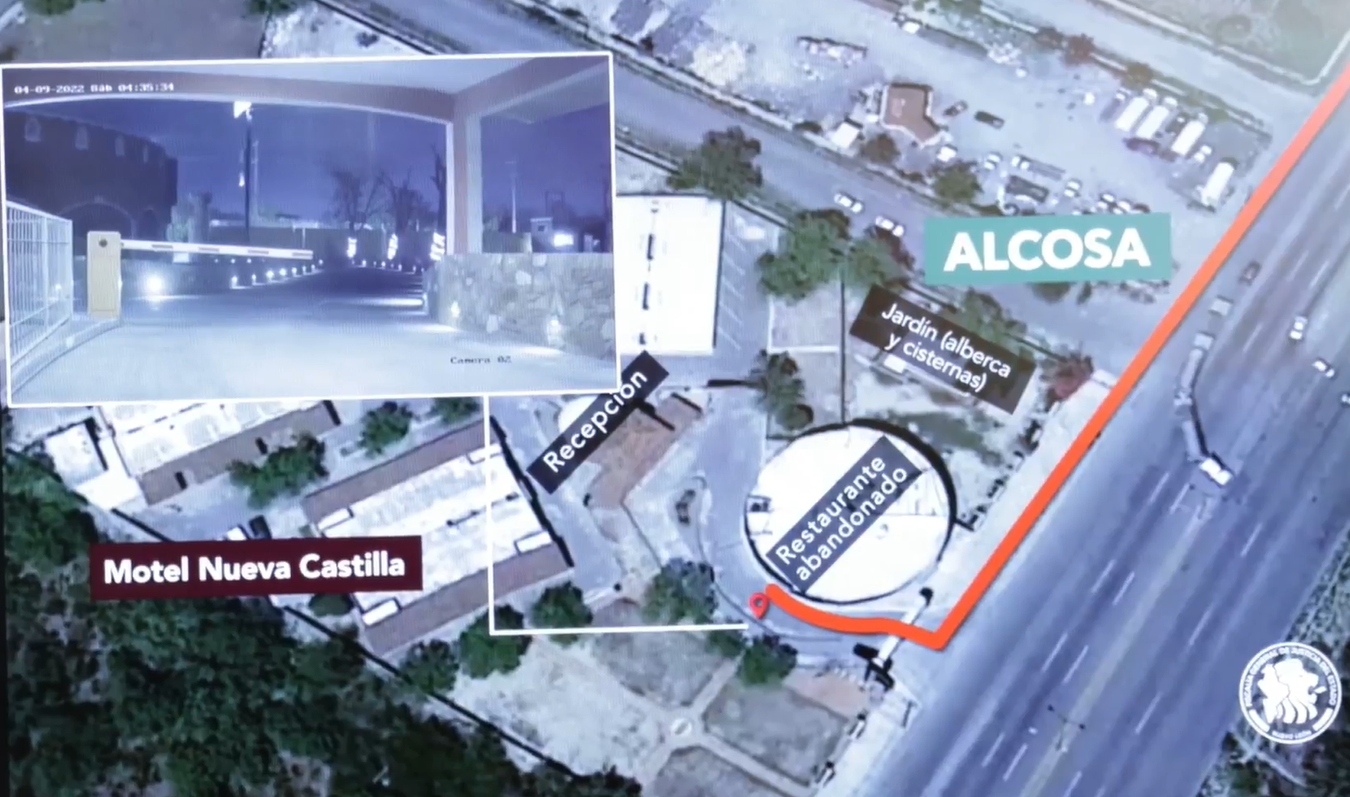 While the prosecution maintains that she entered, there are those who claim that in the video, the young woman is seen leaving or that someone chased her.

‘Camera 1’ captured Debanhi again but now at the doorway to the garden where the swimming pool and cistern are.

The young woman peeks into the out of order restaurant and walks away towards the yellow fence that separates this area from the parking lot with rooms.

There is a lot of speculation about this fence, as those who have seen the video and photographs of the motel say that Debanhi should have jumped over the structure and it would have been impossible for him. 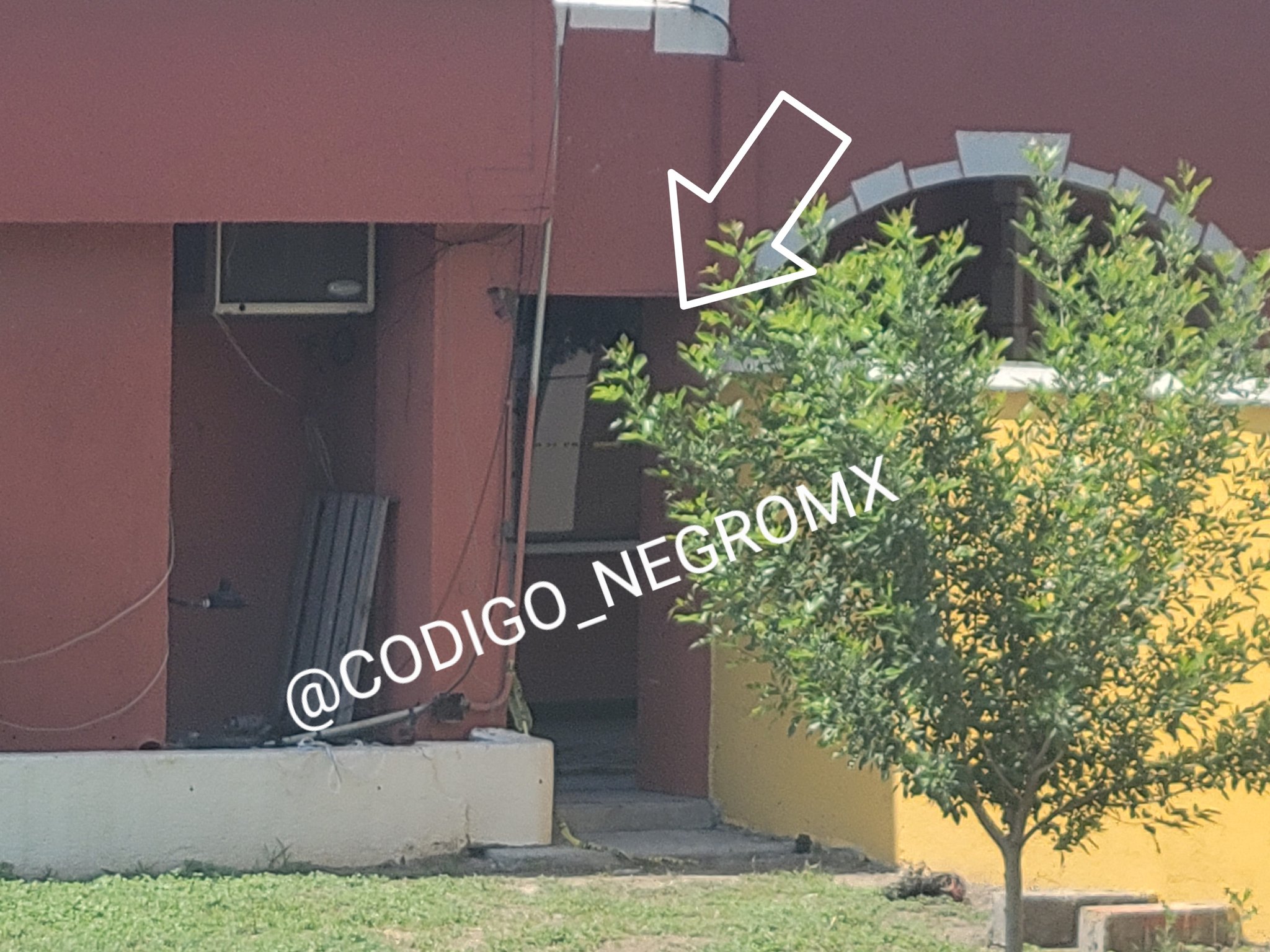 Debanhi would have arrived by this place (Photo: Twitter/@CODIGO_NEGROMX) 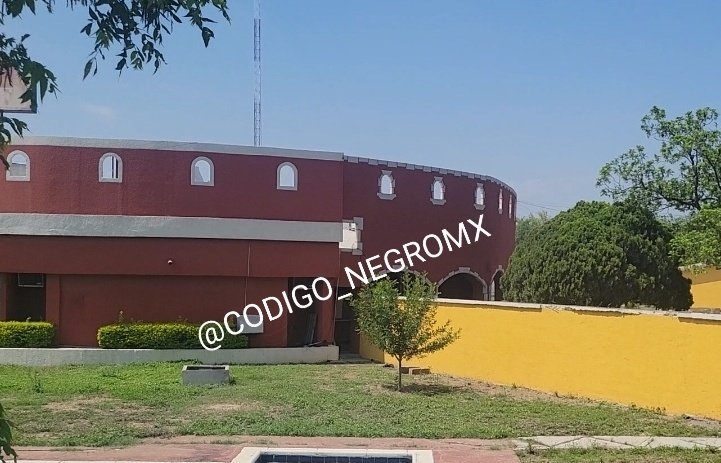 It is the access that connects the car park and the rooms to the garden where the cistern and the swimming pool are located (Photo: Twitter/@CODIGO_NEGROMX)

However, a Twitter user went to the scene and took the following images, the netizen Black Code explained that there is an access by which the student would have passed, but the matter is still subject of an official investigation.

At that time there would have been The last view of Debanhi through “Camera 1”. The figure of the young woman was seen in the glass door with a view of the garden and the area of ​​the cisterns.

The student is said to have walked towards the cisterns, but there is no record “of a person or object at the gates, so the last image of Debanhi is found marching to the tank area on Saturday, April 9, 2022″.

In the footage captured, the young woman is seen to have entered in a hurry, running towards the Nueva Castilla Motel

In “Room 1” you can see a light change in the “reservoir zone” which could notice the presence of someone else in said area of ​​the motel, although only a shadow is seen, new doubts arise about the identity of that person.

The “Camera 1” caught a unknown car in front of the motel restaurant door which faces the road and a human figure approaching it which could be the 18-year-old girl, but her identity is unclear. at the April 27 conference, he described himself as a “diverse person” at “a later date.”

In the following video, you can make out the movement after 5:40 a.m. on April 9.

Griselda Nunez Espinoza The head of the feminicide prosecutor explained that the investigation was aware and that the car has already been located. “We first worked on identifying the vehicle and then on identifying the testimony so that it could be collected by this authority,” he said.

Some people have commented on social media that because of the clothes, the person getting in the car is also the man from whom Debanhi escapes in the Fifth Diamond.

It should be noted that in addition to the videos that captured the young woman alive inside the building, the prosecutor specializing in femicides in Nuevo León assured that New cameras that would show other angles of the building are already being studied. 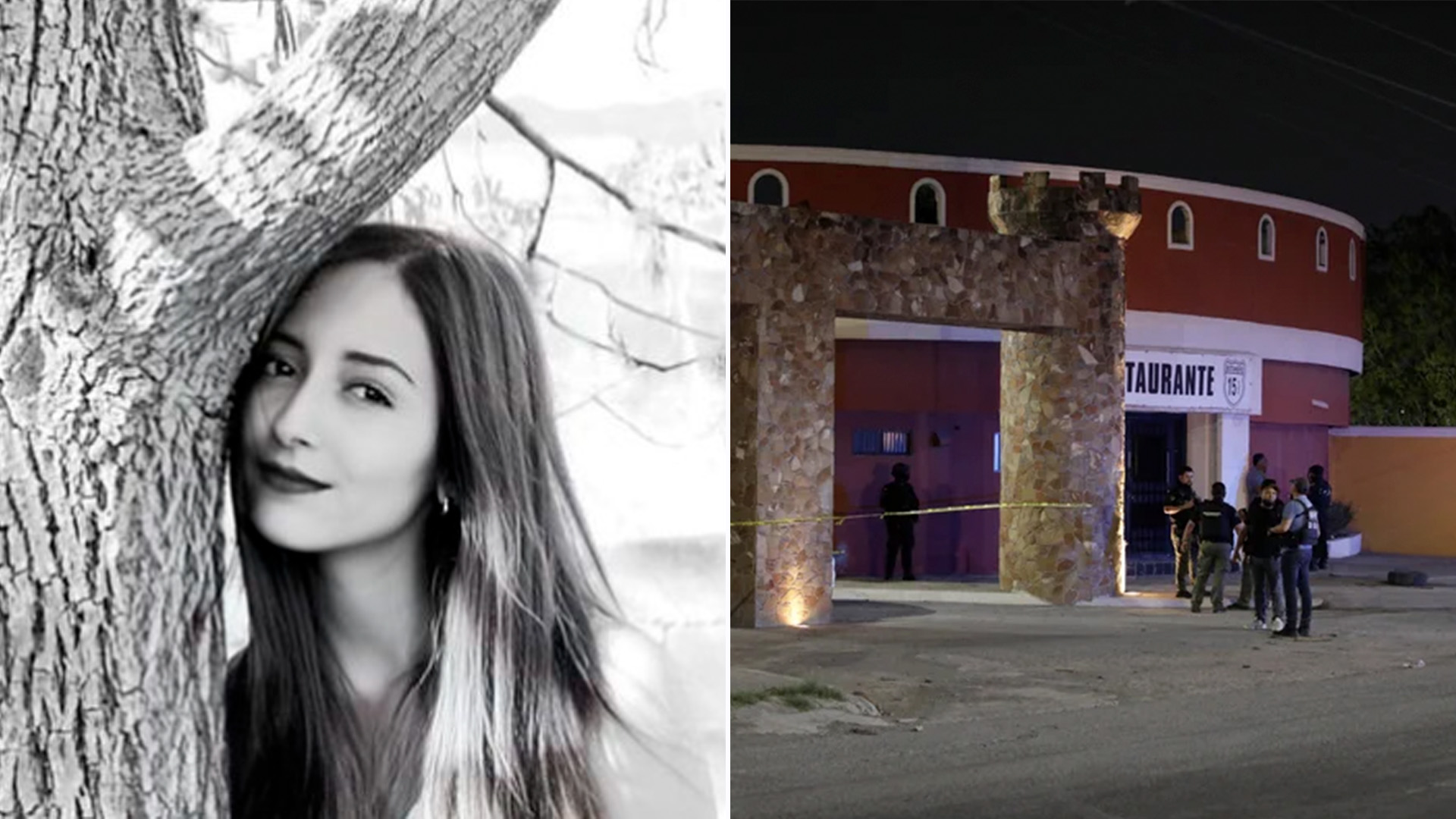 “We are in the investigation, because we had the find of other camerasso we check if in these cameras (…) there is a video recording of this time in order tor determine if we can place Debanhi in another area of ​​the hotel”mentioned Griselda Núñez to Azucena Uresti.

One of the lines of inquiry argues that after 4:56 a.m., Debanhí fell alive into the cistern and died from the blow she gave herself when she got up. Note that the cistern is 4 meters deep but at the time, it contained 90cm of water inside. Therefore, the cause of death was a deep contusion of the skull.

However, new doubts arise because the contents of his bag were found in another section of the tanker and so far the prosecutor’s office has not provided an explanation on how come his things ended up so far from the body in case of accidental fall. 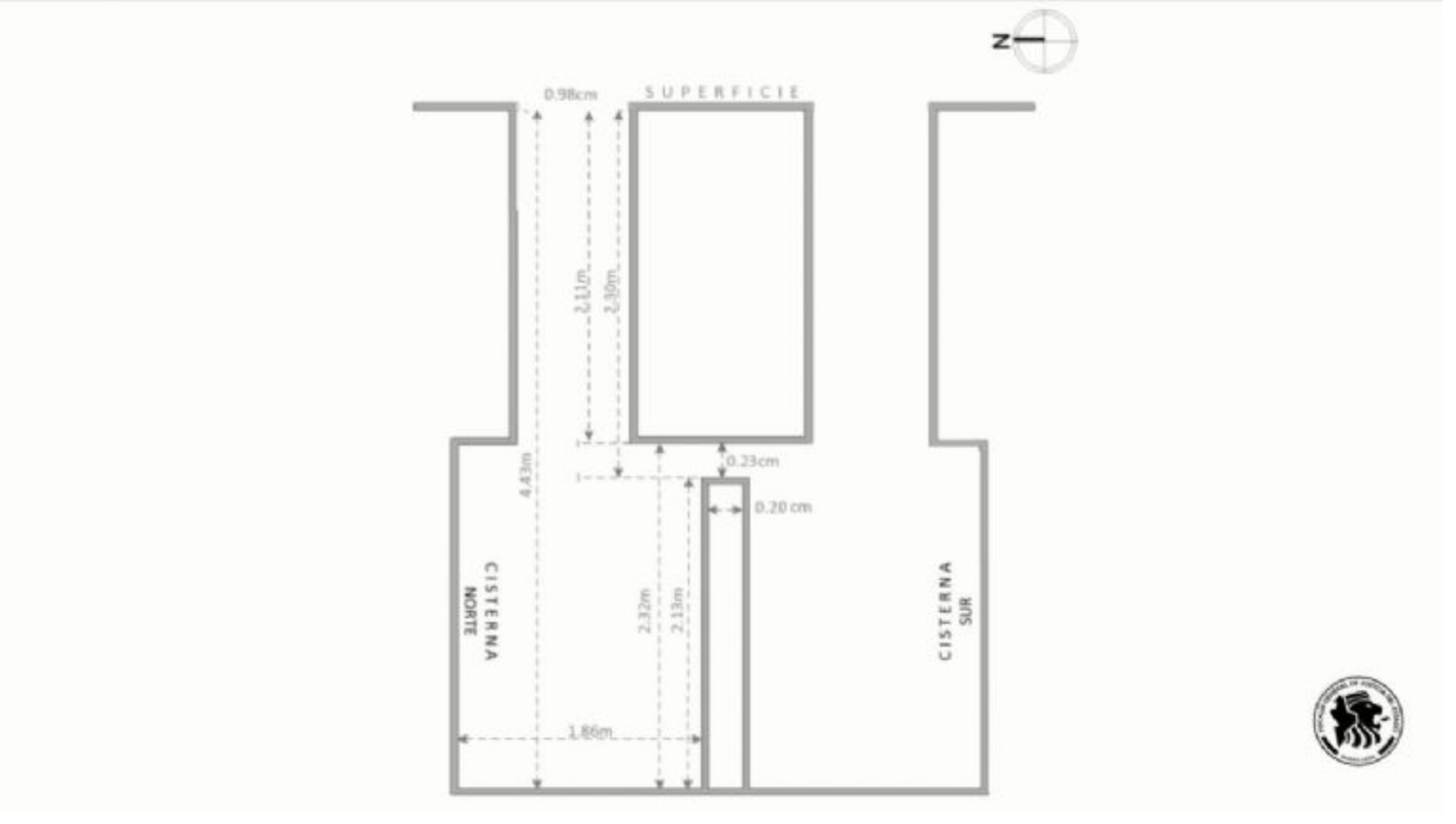 This is the reservoir where Debanhi’s body was found (Photo: FGE)

In Cistern 1 where they found Debanhi’s body, there was:

– A black and white tennis shoe with the Converse legend in size 5.5, corresponding to the right foot and looking dirty.

-A fragment of tissue with cadaveric fauna.

– A black and white tennis shoe with the Converse legend in size 5.5, corresponding to the left foot and looks dirty. 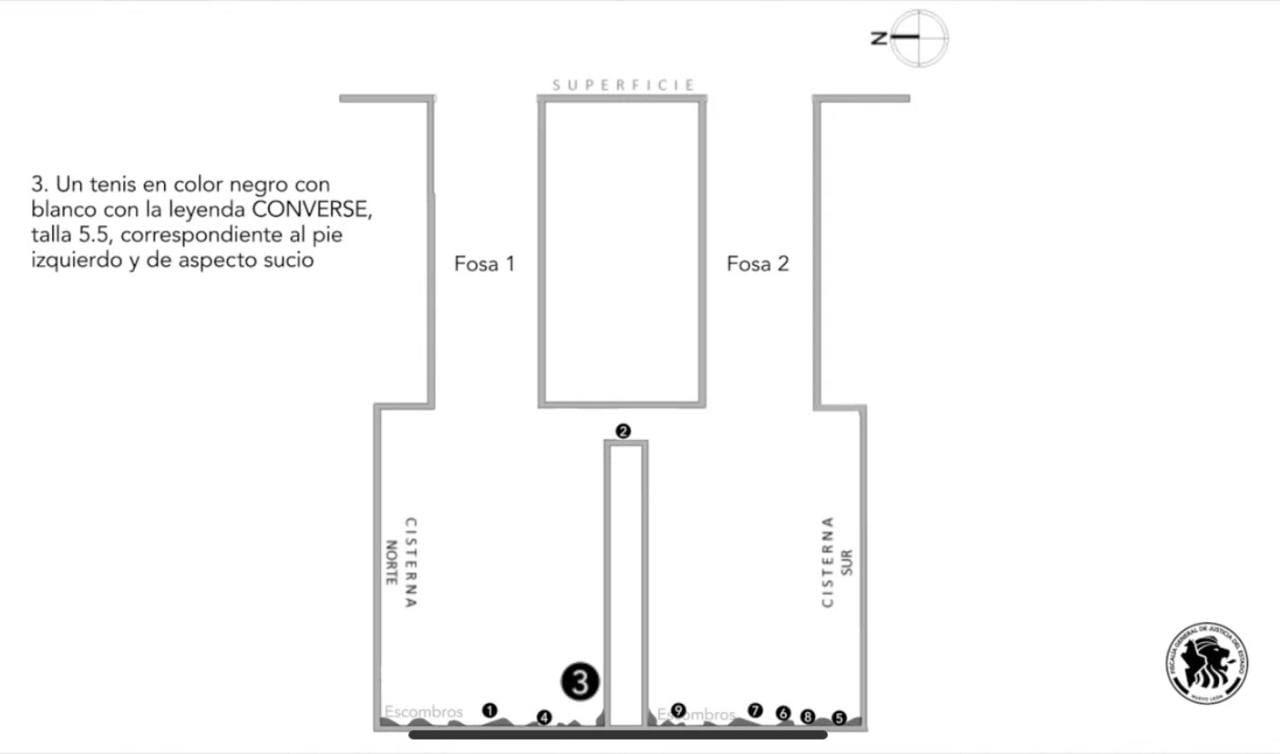 In the tunnel that connects the two cisterns, which is 2.13 meters high and 20 centimeters wide and 23 centimeters long, they found:

-A lady’s bag in black, with a red plastic container with the legend AT. CHEEK .

– A dirty black and white mask. 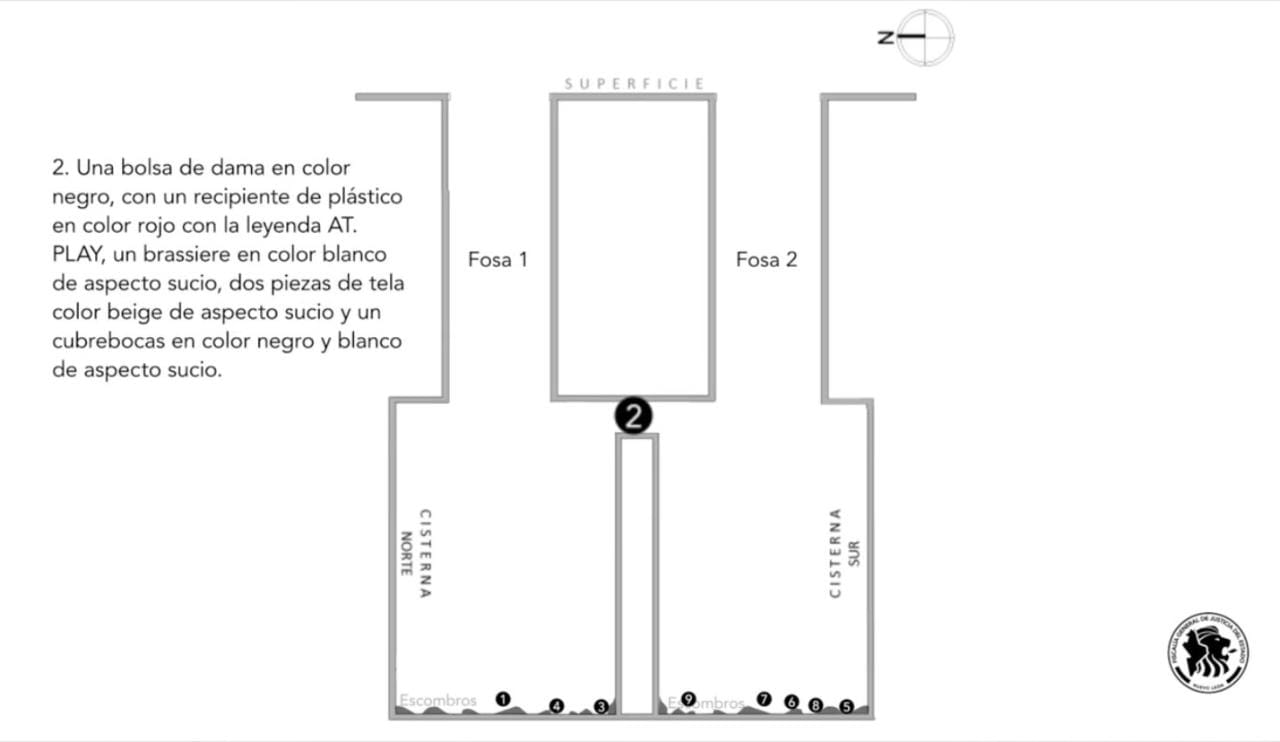 -A lighter in white with yellow and orange.

– A cell phone with a damaged-looking black protector.

-A sunflower colored purse with the legend STAY GRATEFUL.

-A plastic container with the legend Purell. 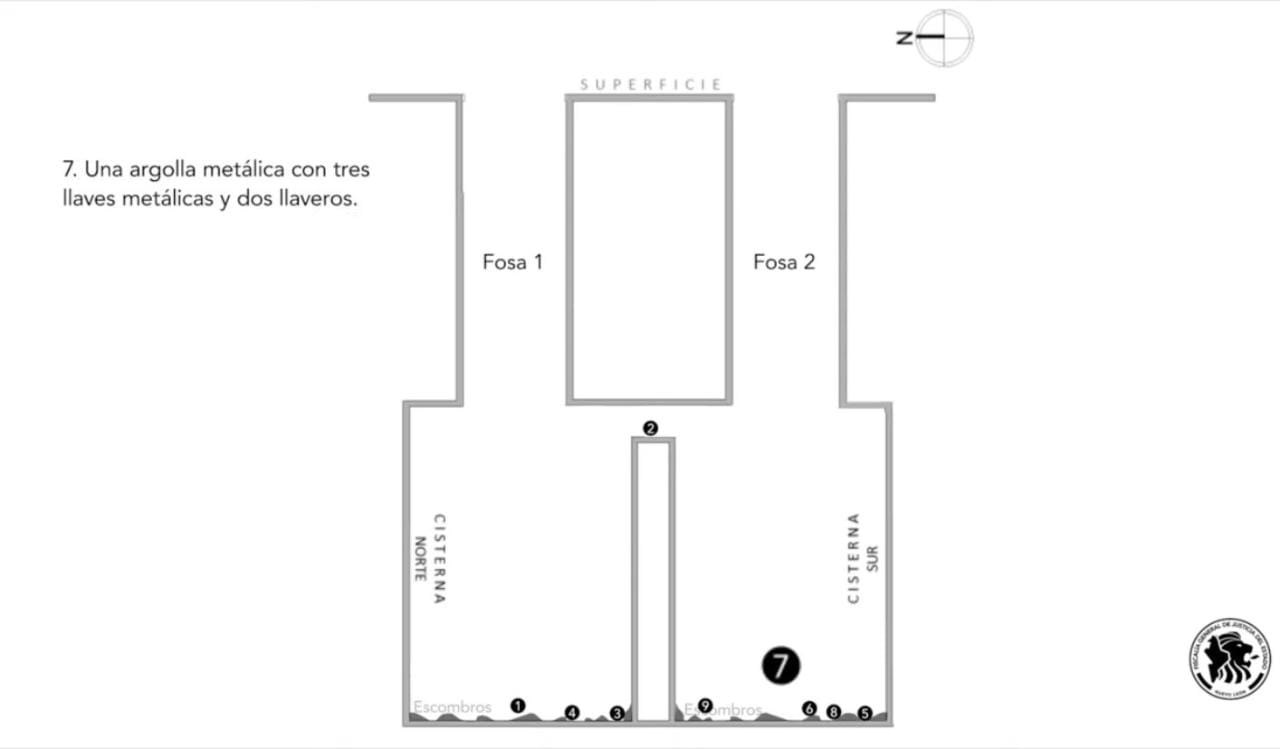 Griselda Núñez Espinoza, a femicide prosecutor in Nuevo León, assured that, shortly after, the FGE protected the recordings showing Debanhi entering the Nueva Castilla motel in order to analyze them, It was not possible to find a video explaining why he fell into the cistern.