Elden Ring is a great game. But the question is, does its open world make it better or worse than Dark Souls or Bloodborne? Because of these five things, I believe the freedom to roam the world as we please makes it better, or at least more interesting. Let’s go, and I want your opinions in the comments!

The conception of the world Ring of Elden This has been one of the riskiest bets From Software has taken in its career. Although the game mechanics are very similar to those of other Souls, or seem to be a mixture of how all of its games are played, the the open world changes everythingBut, for better or for worse? And what do these changes bring? The main thing that has been changed regarding dark souls it is the feeling of scale, of distances between points and the way one understands the impact that a ruler has caused on a territory. all souls they talk about fallen kings and what they did on their land, but we had always visited these places in the form of small interconnected closed spaces.

For example, it is very interesting to see how the surroundings of the Raya Lucaria Academy are designed. In its surroundings there is a whole set of small demolished buildings what can we explore, which merge with the lake which welcomes them and which can be seen in the distance. This tells us a lot about how the school of magic withstood the battle of the demigods. The same goes for Caelid. Traveling freely through its red valleys, one can enter its heart, climb the aeonia that Malenia freed in her fight with Radahn, understand the enormous effort that Finlay had to make to bring the empyrean back to the Hieratic Tree, or soldiers of Radahn to push him to shore. Without an open world, it wouldn’t be so clear. That is to say that the open world gives a lot of coherence to what we want to tell and more value to its protagonists.

In Dark Souls, for example, it is difficult to be completely clear about the consequences of the war between Gwyn and the dragons, or in Dark Souls II that of the giants against Nashandra and Vendrick. But if we had a staging area to see the devastation caused by these events in all its dimensions, that would be great. This is achieved with the open world. Another point to highlight is the way in which architecture now takes on more importance. It is known that Hidetaka Miyazaki likes cathedrals, he likes to make the player feel like a tiny being compared to these magnificent buildings. By locating castles in the distance, we get this feeling all the time. They frighten us and give us aesthetic pleasure, and serve as our guide. It is no coincidence that Middle-earth is almost donut-shaped, so that by turning the body of our character we can see everything around it.

The third reason the open world has improved the formula is in combat. There are far fewer camera issues in Elden Ring than in previous titles. The reason for this improvement is obvious since we now fight much more in the open. There are fewer hallways, fewer narrow roads and bridges. Everything is wider. It, moreover, makes it easier to bring more fights against giants, dragons, and mammoth beings to the table that insist that you’re an insignificant, diminutive warrior. Having more distance and space to fight in allows for more imaginative spells, enchantments, and even weapon arts. It is interesting to carry a sword with an ash of war for the fights outside and another for the interior. There are black flame or gravity charms perfect for fighting outdoors, but an Azure Comet is deadly in a hallway.

The open world gave us a very rich explorationThis greatly enriches the exploration. Elden Ring is the title in which I had the most appetite to find each of the hidden and legendary weapons. I needed to test them, experiment with them and find out which was the best in each situation. And it shows the game knows, if we can even find a giant finger to use as a club! The open world offered us a very rich exploration, and managed to combine perfectly with jumping. Stormshroud Keep is an outstanding example. It was wonderful to feel that in the small spaces the same sense of freedom had seeped in as in the open world. The fortress is full of nooks and crannies, dark secrets in its depths and treasures in its highest parts. The verticality of Elden Ring is exceptional. I still remember the descent from the rotten lake, and beyond, where Ranni’s mission took me. It was a claustrophobic and scary feeling to know how low can I go?

Besides the exploration, the combat, the pleasure of the architecture and the enrichment of the lore, I think the open world has brought something magical: the feeling that the game is never over. Elden Ring doesn’t tell you what dungeons, caverns, caves, or secrets remain to be discovered. Arrived at the end of the title, I went back there just to ride and find out what I had missed, because it seems infinite to me. I wish this video game had come out at a time when the internet didn’t exist. At the time, we went crazy with the first The Legend of Zelda for NES for this very reason, as there were entire fortresses you could access by removing a bush. With Elden Ring, you always have the feeling that somewhere there is an object with details about the blind master of Malenia, the true origin of the numen, how Farum Azula ended up floating in the skies, or what the true nature is of the title “the queen of the veiled eye”. This feeling is beautiful, and that’s why I want more open worlds more mysterious in future Elden Ring productions.

But all is not good with an open world 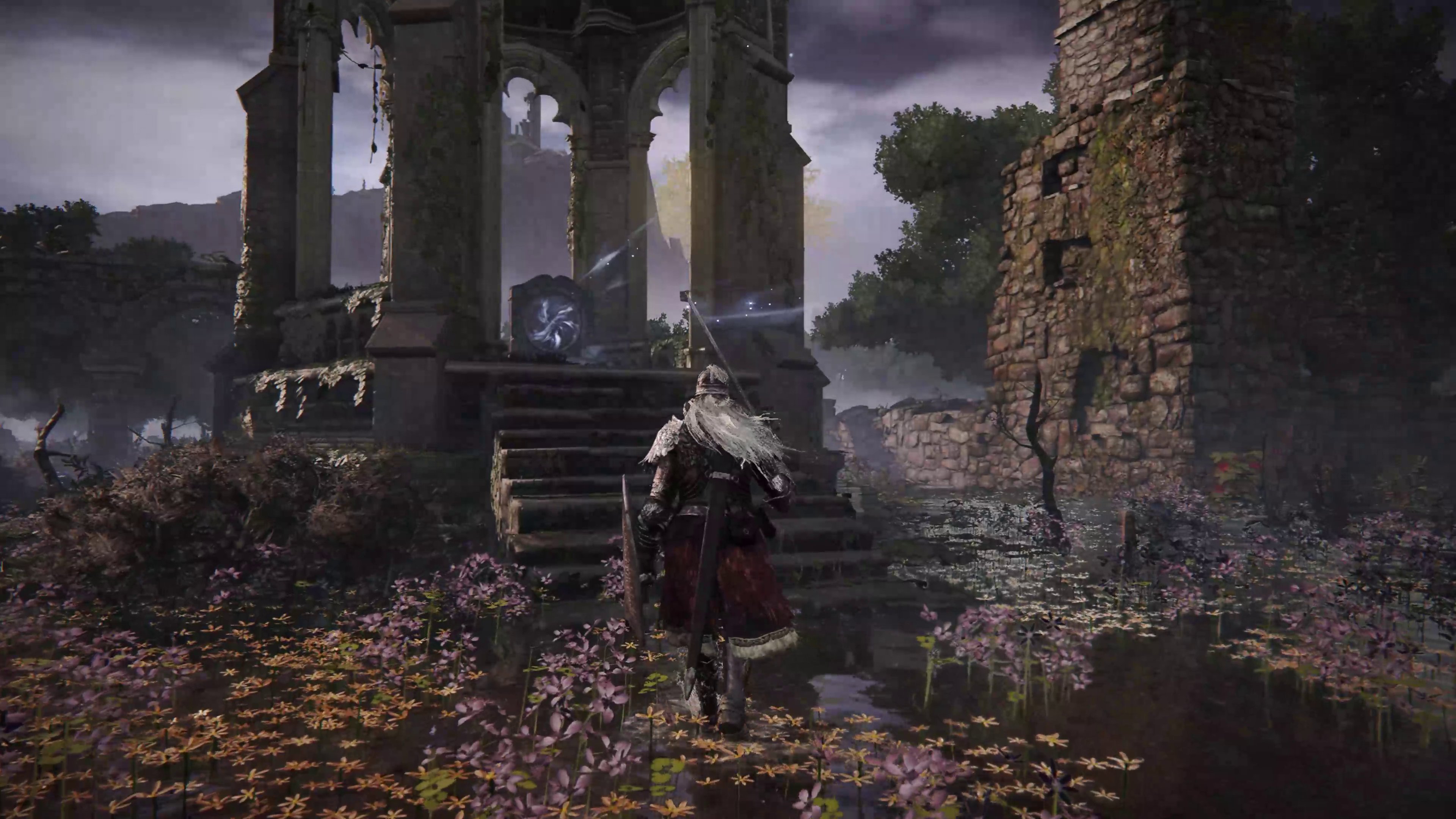 Although the open world is great, the game continues to shine more in its large dungeonsThat said, it’s also true that there’s a lot of room for improvement. We lost things with the open world. For example, it’s very exhilarating when in Dark Souls you open a door and you’re back in Firelink Shrine. The way to intercommunicate his world, and to open it little by little, gives a powerful sensation of discovery. It’s not in the Elden Ring. To make their world more connected, teleporters were used; but this solution is a bit mediocre. They only trigger when certain events occur and don’t feel natural to the game world. Dark Souls II solved it with Pharrosand it worked better story-wise and universe-building.

Another point to keep in mind is that while the open world is great, the game is still shining brighter in their great dungeons. Therefore, now is the time to ask the questions you need to answer: do you think the open world has made the Souls formula better or worse? Because? Should that be the way to go or would it be better to bring the layout of the big city back to transmitted by blood? It’s a tough decision. In my opinion, I want more open worlds because I want them to improve the fringes that Elden Ring leaves hanging, but what’s your opinion on that? I read you!