United States exploring options for a China sanctions package dissuade her from invading Taiwanand the The European Union is under diplomatic pressure from Taipei to do the sameaccording to sources familiar with the talks.

The sources said deliberations in Washington and pressure from Taipei on EU envoys are at an early stage, in response to fears of a Chinese invasion that have been heightened by the military tension in the taiwan strait.

In both cases, the idea is to take the sanctions beyond measures already adopted in the West to restrict some of China’s trade and investment in technologies such as chips and telecommunications equipment.

Sources did not give details on what is being considered, but the idea of ​​imposing sanctions on the world’s second-largest economy and one of the largest links in the global supply chain raises questions of feasibility.

“The possible imposition of sanctions on China is an exercise much more complex than the sanctions against Russiagiven the extensive relationship of the United States and its allies with the Chinese economy,” said Nazak Nikakhtar, a former senior US Department of Commerce official. 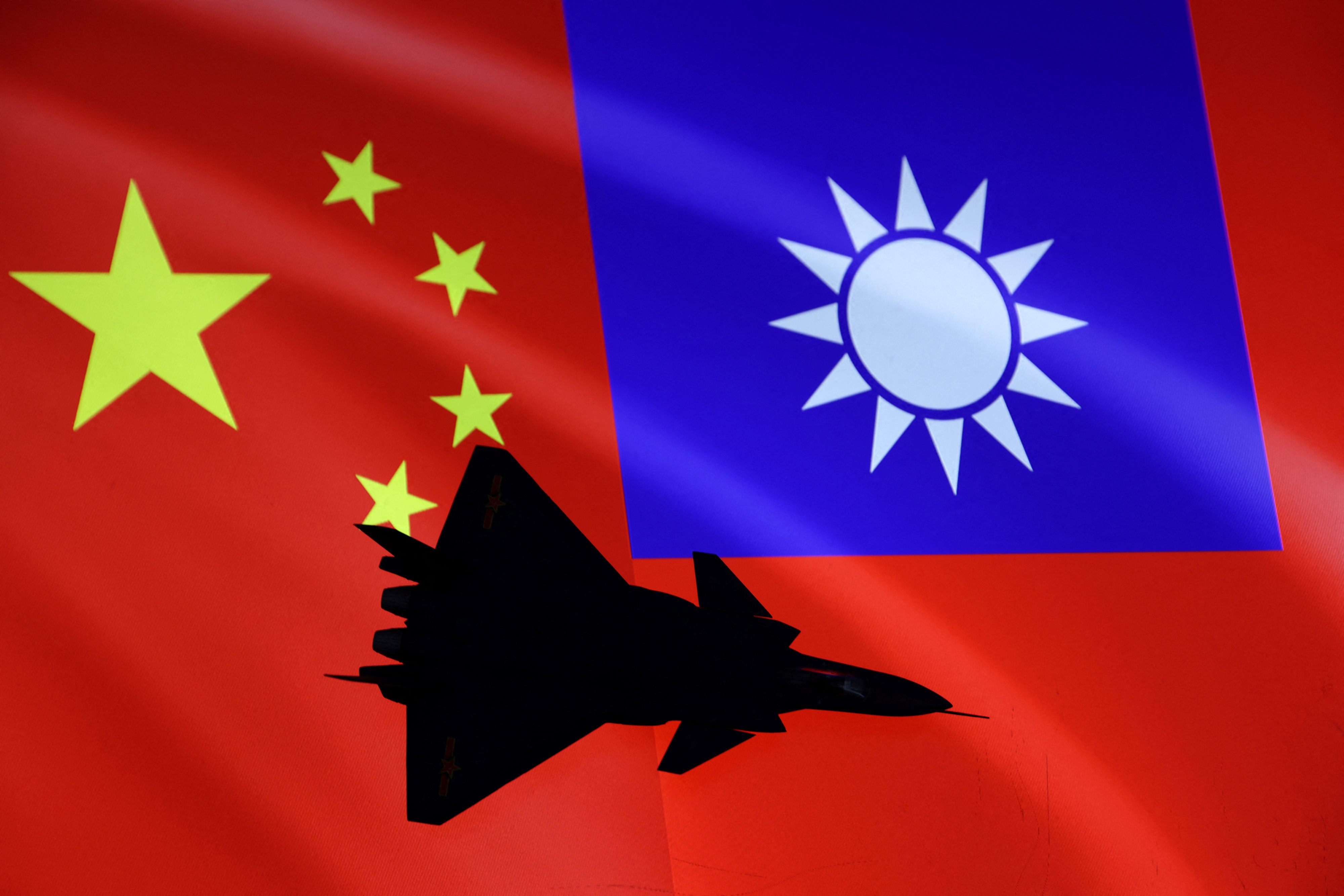 China claims Taiwan as its own territory and last month fired missiles at the island and sailed warships across the unofficial maritime border, after US House Speaker Nancy Pelosi traveled to Taipei, which Beijing considered a provocation.

Chinese President Xi Jinping has vowed to reunite democratically-ruled Taiwan with the mainland and has not ruled out the use of force. He is expected to win a third five-year term in the Communist Party Congress next month.

In Washington, officials are consider options for a possible China sanctions package that would deter Xi from attempting to invade Taiwansaid a US official and another from a country in close coordination with Washington. 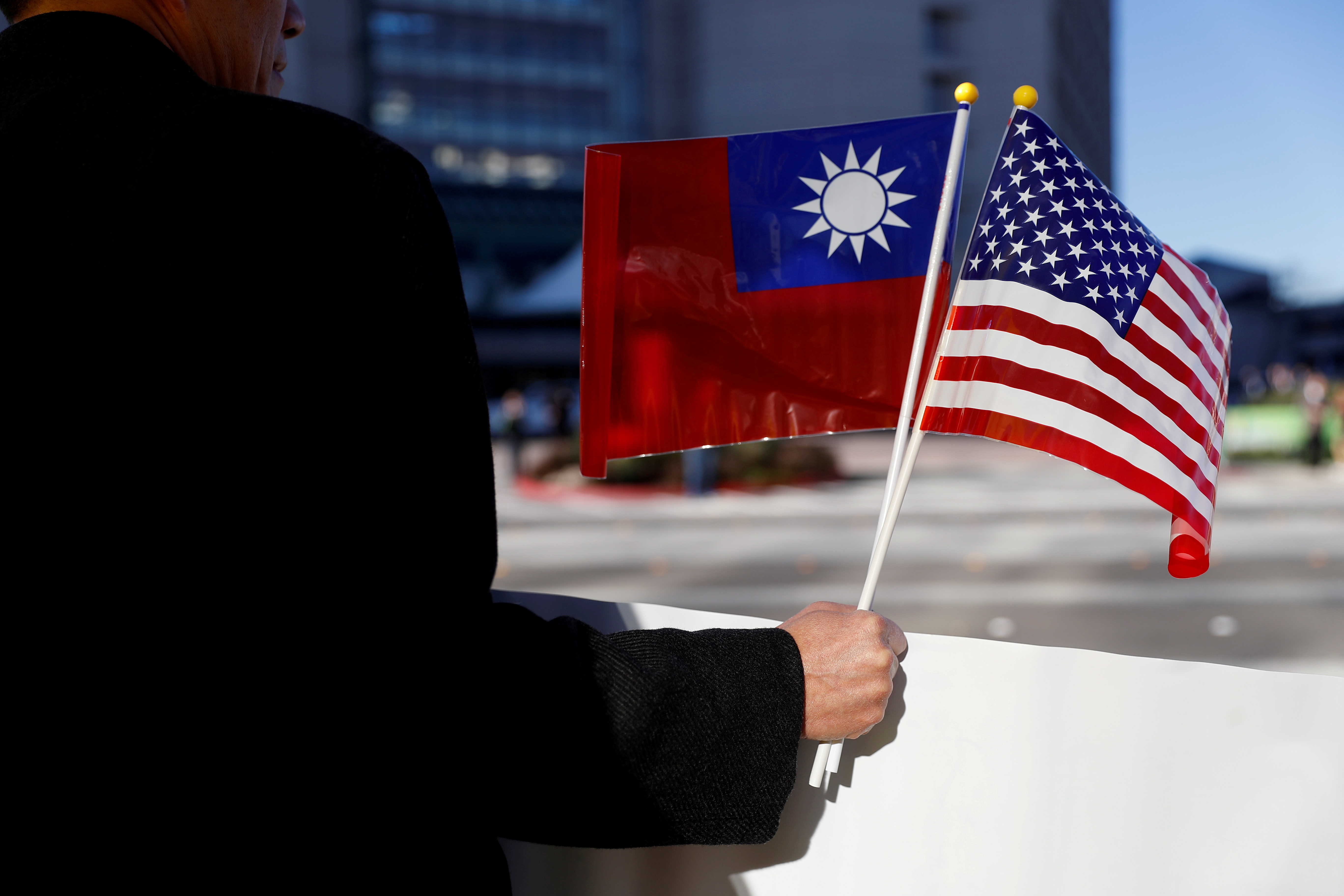 Flags of Taiwan and the United States (Reuters)

The United States, backed by NATO allies, took a similar approach with Russia in January with an unspecified sanctions threat, but that failed to deter Russian President Vladimir Putin from invading the ‘Ukraine.

The White House is focused on getting countries on the same page, including coordination between Europe and Asia, and avoiding provoking Beijing, the non-US official said.

Taiwan’s foreign ministry said it discussed China’s recent war games and the “major challenges” they pose to the United States, Europe and other like-minded partners , but did not disclose details.

The Chinese Foreign Ministry did not respond to a request for comment.

Taiwan had previously discussed sanctions with European officials following Russia’s invasion of Ukraine, but China’s recent military drills have hardened the stance.six sources briefed on the talks between Taipei and Europe told Reuters.

Taiwan did not ask for anything in particular, only for Europe to plan what action it might take if China were to attacksaid a source briefed on the talks, and asked Europe to warn China privately that it would face consequences.

EU officials have so far avoided imposing harsh sanctions on China on human rights issues because the country plays a much bigger role in the bloc’s economy than Russia, said another person familiar with the matter.

South Korea and the United States will define concrete measures to deter Kim Jong-un’s regime from carrying out nuclear tests
The EU has warned that it will maintain sanctions against Russia and extend its financial support to Ukraine
Putin’s Decision That Cost Thousands of Lives: He Rejected a Peace Deal Because It Expanded His Ambitions in Ukraine