The writer, literary critic and translator Vlady Kociancichauthor of a work that includes the books Abyssinia”, The Women’s Temple and Sicilian cupids and an exquisite translation of With the rope around the neck“, from Joseph Conraddied Friday evening in the city of Buenos Aires, his relatives announced today.

Vlady Kociancich was born in Buenos Aires in 1941. He studied literature at the University of Buenos Aires, where he met Jorge Luis Borges with whom he studied Old English and befriended. In 1971, the publishing house Galerna, from Buenos Aires, published his book of short stories Courage.

his first novel The Eighth Wonder was published in Spain in 1982. In 1984 it was followed by The Last Days of William Shakespeare and Abyssinianto the following year. In 1988 he received the Jorge Luis Borges Prize, awarded by the National Endowment for the Arts and in 1990 the Gonzalo Torrente Ballester Prize in Spain for short stories. all paths. his novel The Women’s Templewas a finalist for the Rómulo Gallegos Prize in 1996.

In 2016, on the occasion of the publication of Irina’s secret(Tusquets), gave an interview to Infobae Culture to talk about how he crafted this story, the importance of travel and, of course, his friends Borges and Bioy. He said he inherited a writer’s model from them, described the particular humor of the author of “El Aleph” and revealed what amused him in this story and that for “many” years he did not never talked about his work. Why do you say that Borges was “the most civilized person” you have ever met?

—Why is travel so important to your work?

—Maybe because I’ve always thought that traveling isn’t just an adventure, and I’m not talking about sightseeing trips, I’m talking about exploration trips to unknown places. Traveling was like a metaphor for life, we go through our time, we had a childhood and it was a journey, we moved on to another journey which is that of maturity, then there is another: there There are always different stages where Times change, language changes, impressions change, desires change.

We deeply regret the departure of Vlady Kociancich, very dear Vindicta, author of _The Eighth Wonder_. We join in the mourning of family and friends. 🖤 ​​We still have your writing. pic.twitter.com/Qg2bJFvcBP

—Allow me to invite you on one of the journeys: that of friendships and to ask you about your two great friends, Borges and Bioy Casares. How do you remember Borges in this year when we celebrate him?

— The world of Borges in his work is universal and inexhaustible, as if Borges’ genius had found an endless deposit for readers. I was in Egypt to give a lecture on Borges’s work and there were people from Cairo University who were fascinated, in places so far away you imagine them, for example, I was struck by the fervor of two people who were in the audience, they were two women who had their heads covered and the passion and the desire to know Borges and to read him was very important.

– I had little because I was quickly summoned by him to study Old English. He was not a teacher, he was a transmitter of literary knowledge, a writer who tried to bring the very young to the best of literature. He was modest.

-Humble no, he was modest, I met a lot of established writers, not just Borges, Bioy and Cortázar, who were really modest people and didn’t spend all their time talking about their own work, on the contrary . But I’ve also met others who, after writing a few good books, can only talk about their work. Borges never talked about his work, he spoke, sometimes very moved, about other authors or his favorite authors. He had an extraordinary memory but it was also a memory stimulated day by day, he had himself read to and when he gave a lecture he prepared it, he wanted people to remember and he listened again so that people would read to him. He had a huge curiosity, he was still amazed by the mystery of the world at the age of 70.

— He said himself that these were his virtues: curiosity and being a great reader…

“Yes, and it took him many years to talk and remember his own books or poems. I met him very early, in the 1960s, and I think it wasn’t until the 1980s that he started to appear in news reports and, of course, people asked him about his work and there, in a way, he quoted his poems, but I remember that the first two years that we were studying Old English, only once he commented on “The Aleph” with me. Just for laughs. 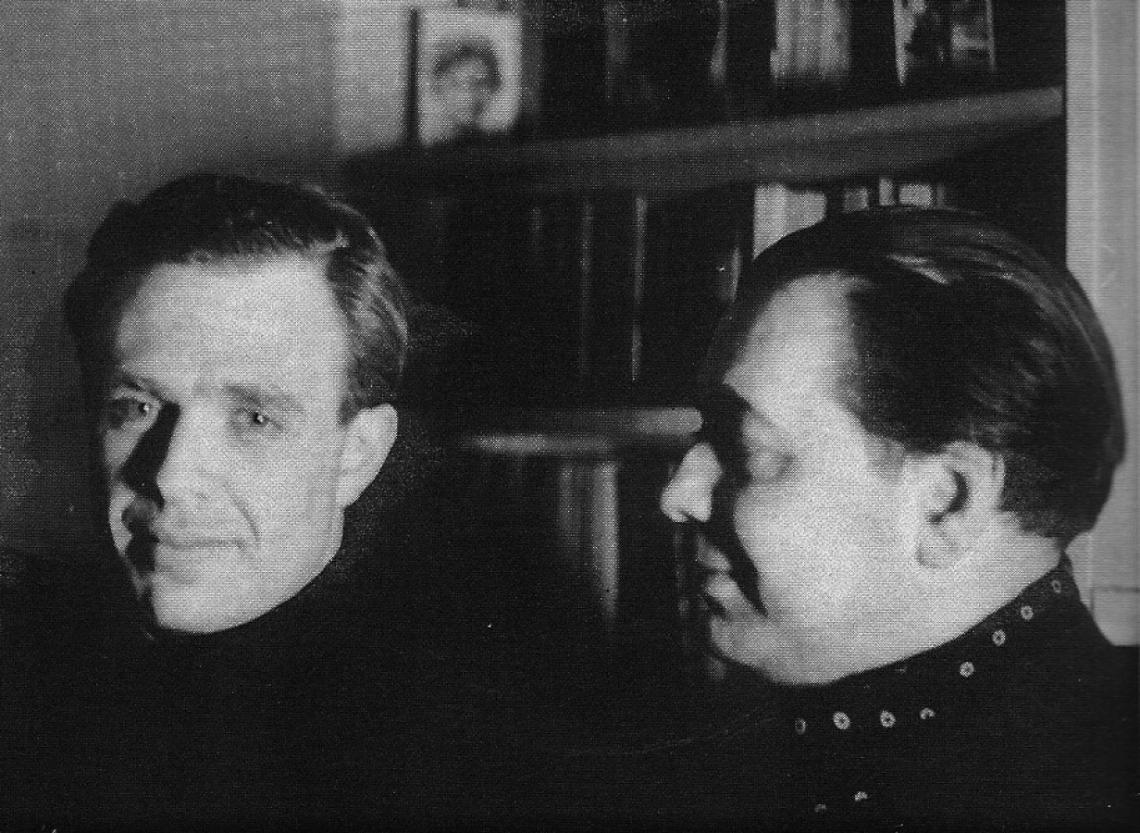 “Borges and Bioy were both very funny?”

-Very funny. They had an enormous sense of humor, but what Borges was very proud of wasn’t the famous poetic enumeration that appears in “El Aleph”, it was the verses of Argentino Daneri. He recited them to me when we walked, he had a lot of fun with them.

How have they influenced your work?

“Actually, they were book providers for me. I was able to use the library of Borges and Bioy Casares. Beyond my interest in English literature, thanks to which I met Borges and we started a friendship, is that whenever I saw them when we had lunch or dinner, they appeared with books for me and the truth is that they had a fascinating library. Certain things were revealed to me, Borges gave me book by book a collection on Kipling, as soon as he knew that I liked it. I think he liked me to comment on him and I think the best thing for me was the legacy of a model writer: curious, literature as a big intelligent game, without personal vanity, always working, always writing, always with a project and, both delighted and fond of great books and great authors. They weren’t envious, they didn’t think of literature as a career, but they always thought of an argument… like Borges who said “I think I have a poem, I think I have a story”, that’s how the ideas and the conversation started. The conversation was civilization to him, and the impression he left on me was that Borges was the most civilized person, in the best sense of the word, that I had ever met. Without arrogance, very courteous, he knew how to get angry of course, but with a lot of tolerance.