“I am a friend of Luis Ventura and when he told me that Dieguito would come to pay homage to his father, I said yes, happy and grateful”, said sunday evening Veronica Ojeda at Teleshow from his table (the last in the room) at the Hilton hotel in Puerto Madero during the awards ceremony Martin Ferro, minutes before Valeria Lynch took the stage to sing “Heroes”, in memory of Diego Maradona, who died on November 25, 2020.

At that time, she took it upon herself to clarify that she was accompanying her son alone, who is nine years old and could not go alone, and when asked about why the boy was the only heir of the Ten present (Diego Junior, Dalma, Gianinna or Jana were not there), he only managed to say: “I don’t interfere, I don’t ask, I don’t answer not the truth.”

A few hours earlier, the eldest daughter of Claudia Villafane He had explained his absence through a story on Instagram: “Hello everyone! They drive me crazy asking if I’m going to Martín Fierro because, supposedly, they pay tribute to my father. My friend Gabriel Shultz He doesn’t understand how they didn’t invite me. But it goes without saying that knowing who organizes it, we would never be invited”. Without a grudge, she was calm that it was the youngest of the brothers who went to the ceremony: “Don’t worry. We are going to be very well represented by him, who is invited and I think it’s perfect. We don’t have to go everywhere all the time!”.

Who was in the room, but not because of the tribute to her ex-husband, was Claudia Villafañe, who was part of the team of famous master chef, since in January 2021 she had been crowned champion of the reality show hosted by Santiago del Moro. With the team, he went on stage to lift the golden statuette at the closing of the ceremony.

One at each end of the Pacific room, the women did not greet each other or exchange words with each other. While Claudia was at one of the first tables, very close to the room with her colleague, Verónica Ojeda, Dieguito and Mario Baudry, partner of the former physical education teacher, were literally at the last table, against a wall and to the side of the hallway leading to the exit door. At first it was thought that this arrangement would have to do with protecting the baby, as the ceremony might be extended and it might be difficult to manage the exposition. However, it was later learned that the location had not been a request from her mother or APTRA, but it was Telefe who fitted out the spaces.

Despite this, Veronica was smiling throughout the evening. “Tomorrow Dieguito will come alone but today he needs his mother and I will accompany him in all situations of their life. I told him about his father’s tribute, it’s one more moment that must happen in his life and like so many moments that will happen like this, At nine years old he’s very mature and has more clarity than all of them together, he always gives me reason to say ‘Dieguito, you were right'”He said.

louis ventura, president of the journalists’ organization, spoke somewhat disappointed about the location of the table: “Somehow it bothered me. I thank Verónica Ojeda and Mario Baudry who cashed the stop. They were at the last table in the room”. That’s when the Ten’s ex started showing his anger not only because of the venue, but because his son was supposed to take the stage and at the last minute they told him not to. 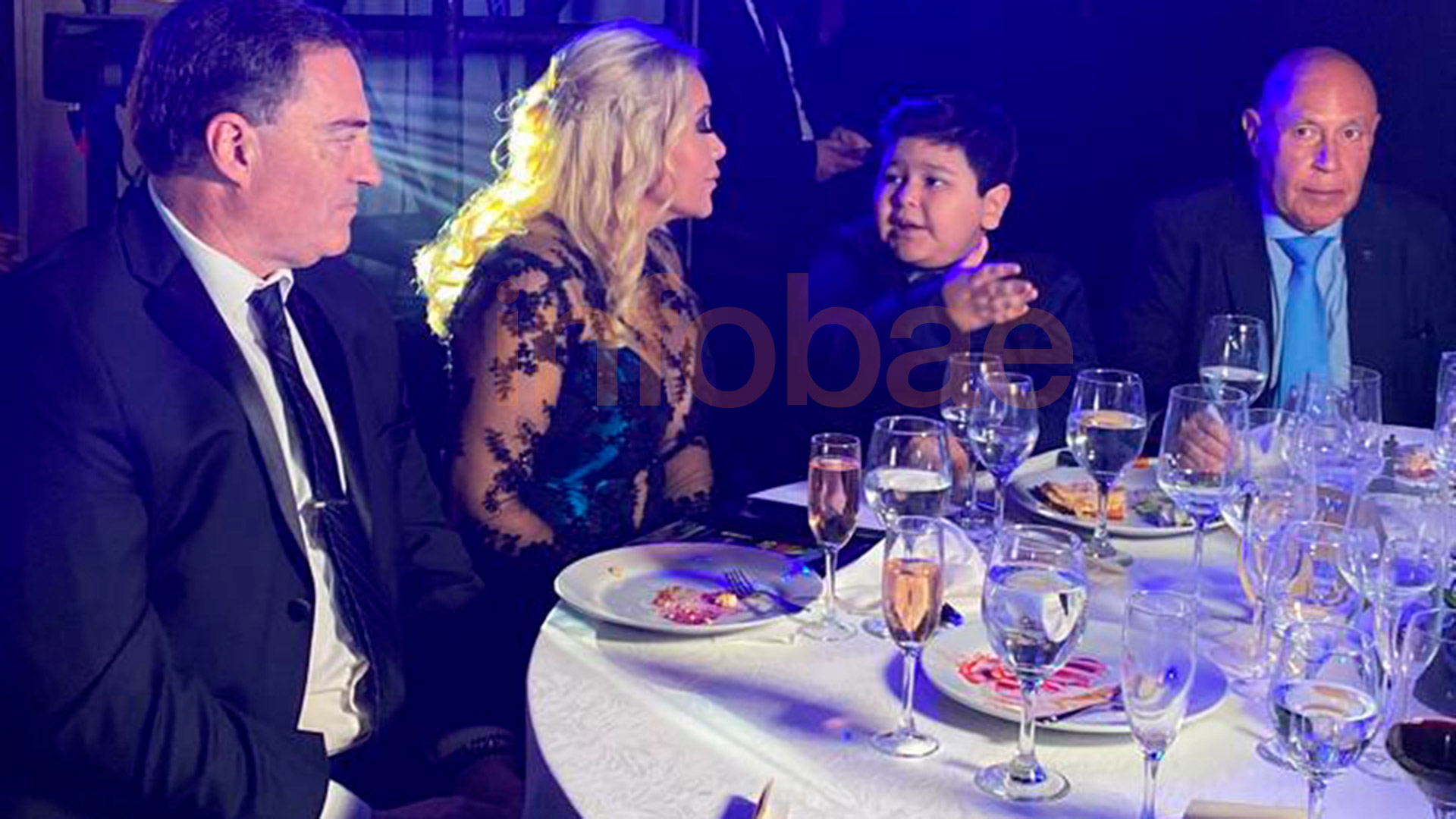 “Vero is invited and they send us three invitations and they tell her that Dieguito is going to come up to the tribute to his father”explained the lawyer of the youngest of the children of the footballer to TV show and said that for this reason she had to explain everything to her son and “prepare him psychologically” since added to the emotion of the event itself, he had to be in front of an auditorium full of cameras and in front of 700 people. The attorney also said they were told they were trying to contact the rest of the idol’s children: “It seemed okay to us. All the kids should have been there.”

On Sunday, to be more comfortable, they decided to rent two rooms at the hotel in Puerto Madero where they changed and rested later. While they were getting ready They were told the tribute was scheduled for 11:30 p.m. and the baby should be ready by then. “It’s not appropriate for me to go (on stage) with him,” she reportedly told production and they agreed, showing a predisposition to accompany her.

Going down to the room in the basement and seeing where their table was – the furthest from the stage – they were carried away by Dieguito’s emotion. “He was very happy, we thought it was good to take care of him and we stayed“, said the lawyer and confirmed that Around 11 p.m., they learned that finally, by decision of the station, the baby would not go on stage. According to him, the decision It wasn’t from APTRA, it was from the station.

From The Association of Argentine Television and Radio Journalists approached them to apologize for the table given to them and for the last minute change.. Moreover, the journalist who was at his table was the one who He bought the boy a burger, as there was no children’s menu, and the dishes that were served (marinated prawns and sirloin, mashed rutabaga) did not like Dieguito who, due to the length of the ceremony, was logically hungry: “There was no food for the kids, and he wouldn’t leave the room to eat at the hotel and one of the APTRA members asked for a burger which he paid for and managed to get them. bring in and They gave it a 23.15″ type.

More than the place, the change of tribute or the lack of food for the children, what would have affected Verónica is that in her role of accompanying and raising her son, she has to prepare and explain everything, including including the above changes.. “She went just to keep her son happy, and sometimes mothers do anything for a child and that was it. Children with Dieguito’s problem (SLI, specific language disorder) they are very difficult to prepare for these events because the noise causes a lot of inconvenience, but she did a good job and he was happy.

Despite the controversy, he was as befits the boys, free from scandals. He was seen smiling and playing and agreed to take pictures with the people who came to greet him. “It was not prudent to break the illusion of the tribute and what we thought was best was done for him, who was very devoted”. Moreover, he revealed the question asked by the boy upon entering the room: “He wanted to know if it was the cemetery, he was told no, that he was only going to see his father on a screen.” 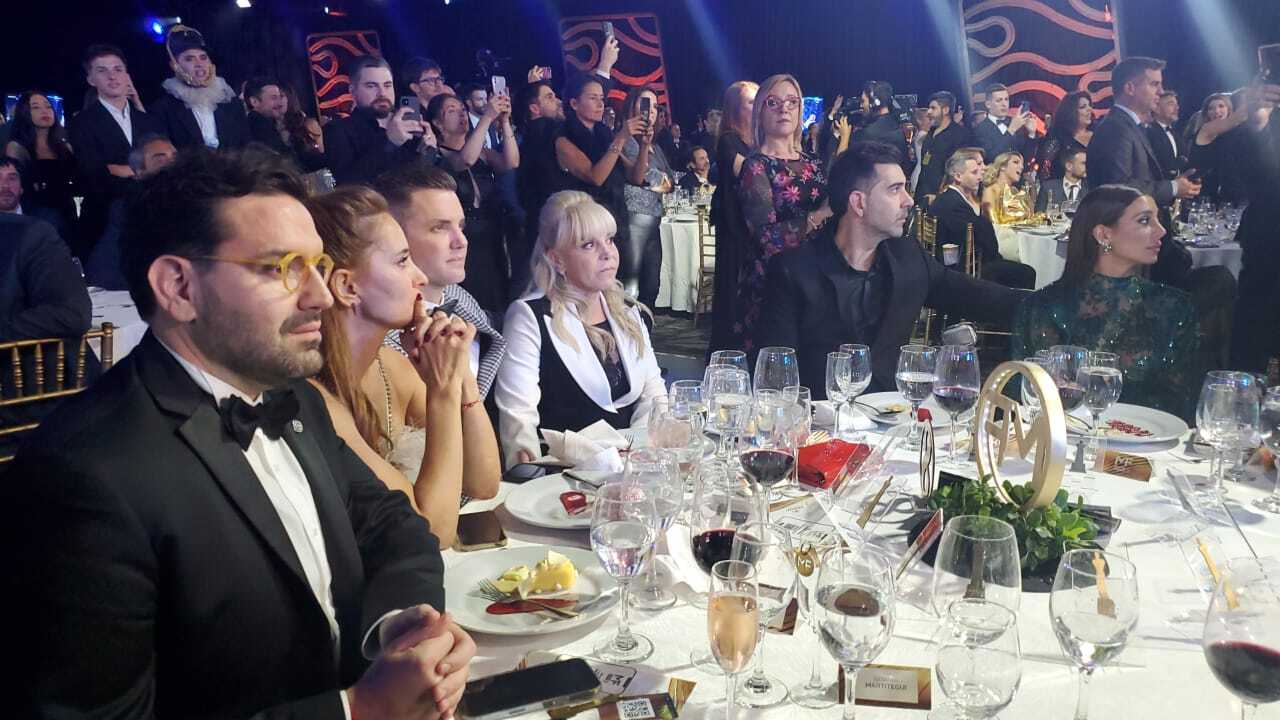 Ultimately, It was just after midnight that Marley announced:Let’s remember the most important Argentine idol of all time”. Then we heard Valeria Lynch singing the “Heroes” theme. As images of Diego were seen on television on and off the pitch, Claudia Villafañe looked on focused, almost unblinking and several meters behindOjeda hugged Dieguito who was attentive and happy with what was seen on screen.

In the tribute video, fragments of the idol have been shown in different programs over the years: with Listorti and Pérez in the unbearable of VideoMatch, with Rodrigo in Cuba for Versuswith Juan Carlos Calabró in “El Contra”, with Jorge Ginzburg in the report of Nothing is worse with Marley and Mirko, in Susana Giménez’s living room and Mirtha Legrand’s table and at the end, in her cycle The night of tenwhen Dalma and Gianinna surprised him in a cycle special. No image of Jana, Junior or Dieguito has appeared, although they hardly share television studios with their father. 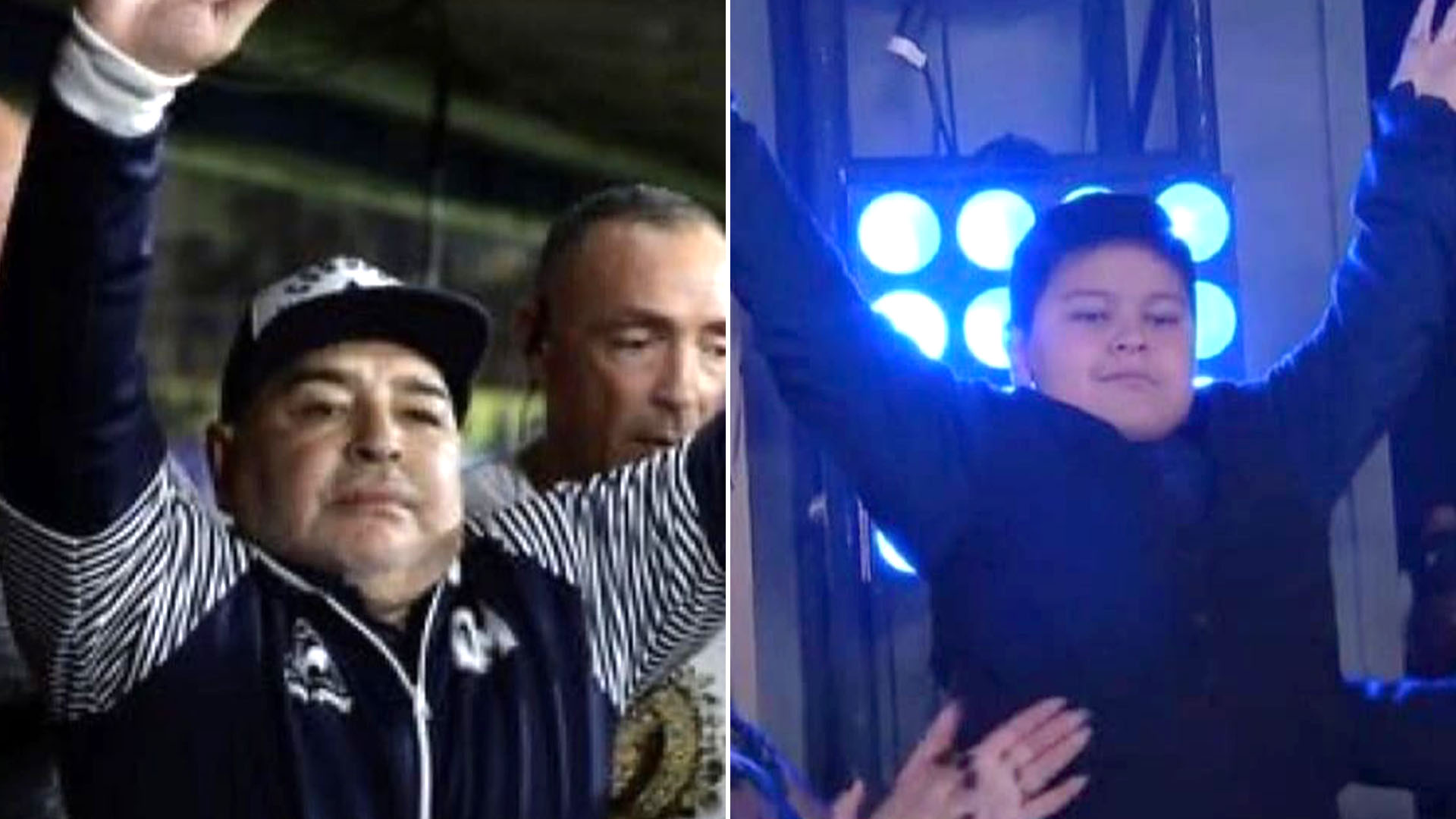 How the Pettinato family reacted to Felipe’s house fire: ‘It was a tragedy no one ever expected’
Speaking several languages, with the family as witness and an invented butler: the first tryst of Luisana Lopilato and Michael Bublé
The Taylor Hill production in Miami, Leonardo DiCaprio and Camila Morrone’s beach day in Malibu: celebrities a click away
Claudia Villafañe denied lowering Dieguito from Maradona tribute in Martín Fierro
Locho Loccisano got tired of being nominated and confronted his colleagues at El Hotel de los Famosos: ‘Come to the H’