In a press conference to the world, the European Astral Observatory (European Southern Observatory or ESO, according to its acronym in English) released the image and details of the first photograph of the supermassive black hole at the center of our galaxy, the Milky Way, known as Sagittarius A.

This same team is behind the first photograph of a black hole obtained in 2019, thanks to the Event Horizon Telescope (EHT).

As reported by ESO at press conferences around the world, the results are described in 6 different articles published in the prestigious astronomy magazine Astrophysical Journal Letters. 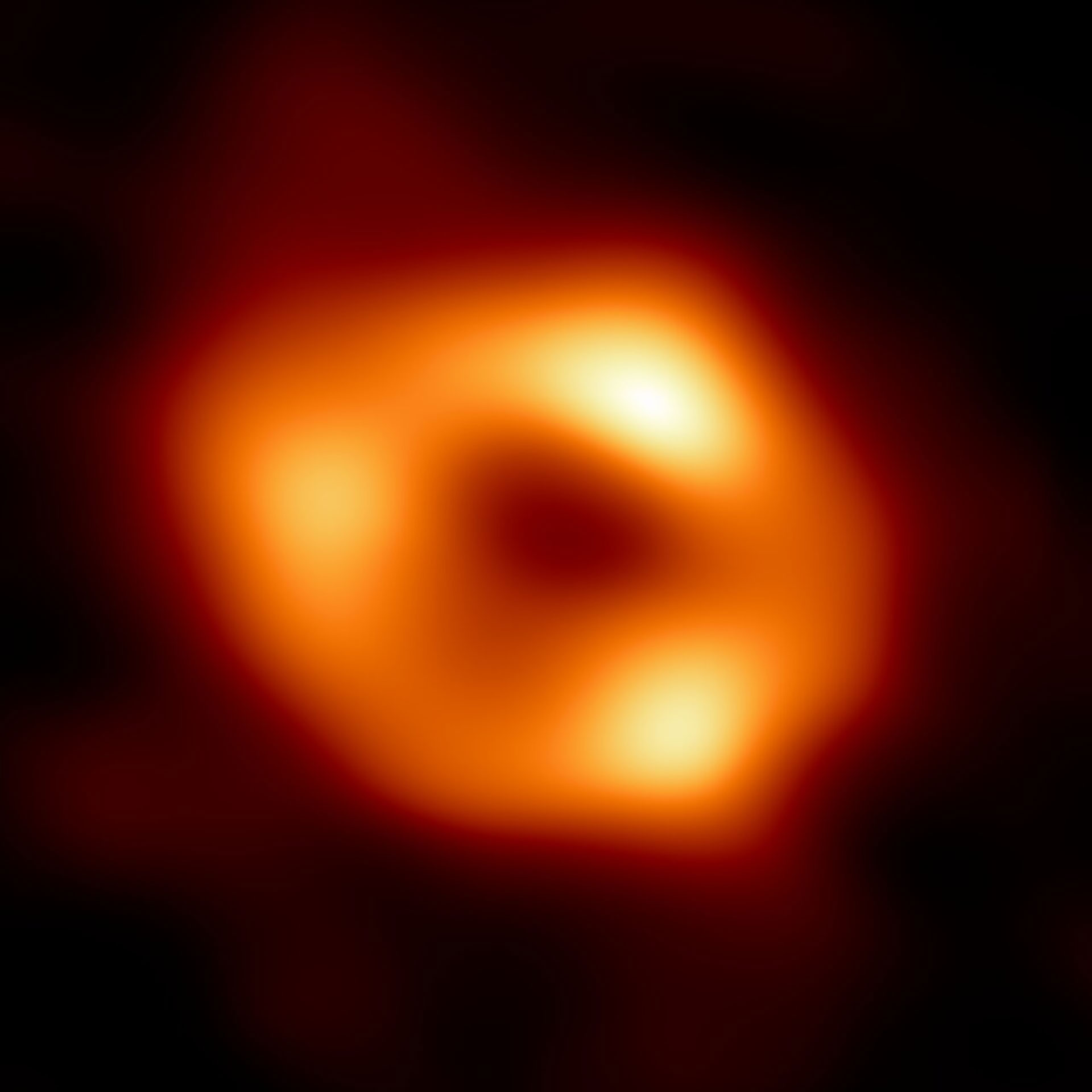 First photograph of the supermassive black hole at the center of our galaxy, the Milky Way, known as Sagittarius A. (EHT Collaboration)

The reality is that, for astronomy, this image is of vital importance. It is true that you cannot see the black hole itself, because it is completely black, but you can see a structure similar to that of a shining ring which is the periphery of it.

“We were surprised how well the size of the ring matched the predictions of Einstein’s theory of general relativity.” Press release Geoffrey Bower, EHT scientist. “These unprecedented observations have greatly improved our understanding of what is happening at the very center of our galaxy and thus offer new insights into how these giant black holes interact with their environment,” he added. 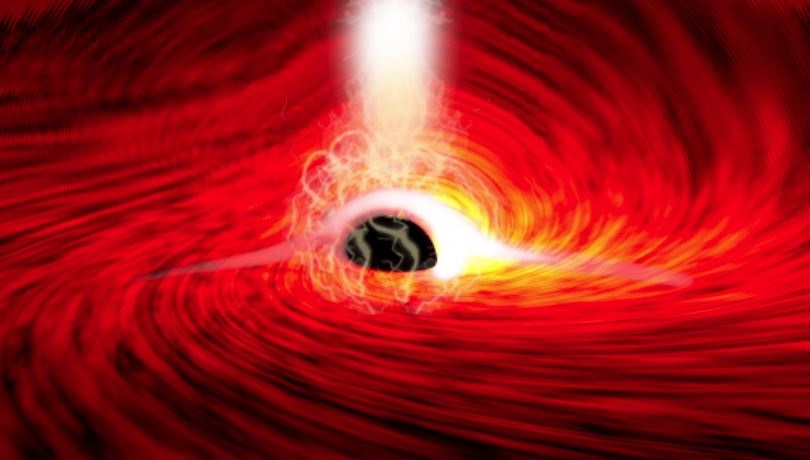 The ESO team, made up of a team of 300 scientists from around the world, was able to demonstrate with images today that Sagittarius A, 27,000 light-years away, exists (DAN WILKINS)

One of the most important questions astronomers have about our own galaxy is what’s at the center of it. Different theories, supported by different surrounding observations, claimed that a massive black hole existed there, gobbling up thousands of stars. The ESO team, made up of a team of 300 scientists from around the world, was able to demonstrate today through images that Sagittarius A, 27,000 light years away, It exists.

Sagittarius looks remarkably like M87 – a supermassive black hole at the center of Messier 87, a more distant galaxy – although it has a mass more than 1,000 times smaller, in addition to having less mass. Despite the difference in their measurements, both work virtually the same on their edges. “The gas in the vicinity of black holes moves at the same speed: almost as fast as light”, said astronomer Chi-kwan, from the United States. In that sense, getting the picture was really complicated. It would be something similar to wanting to photograph a puppy while it is playing or running. As confirmed by the team, this image will be vital in order to be able to compare both black holes (the one today and the one photographed in 2019) and their behavior. 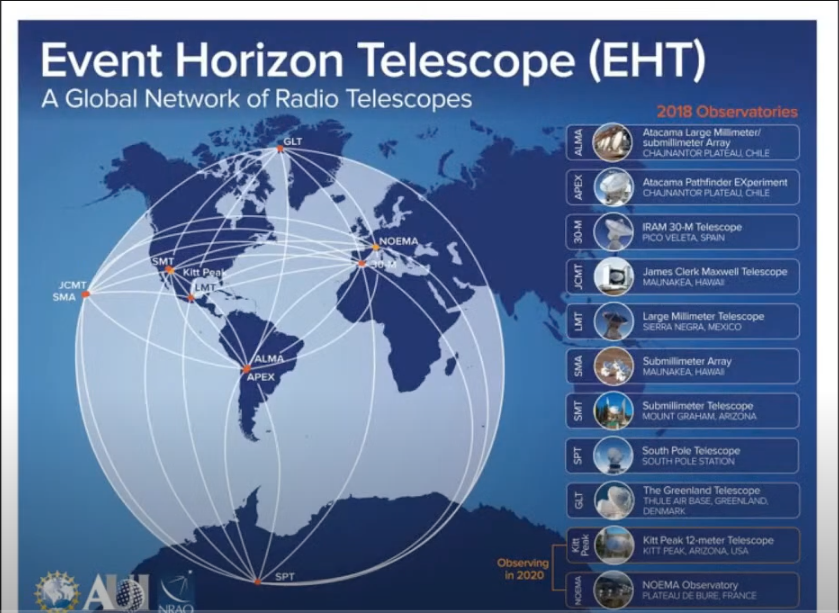 Details of the operation of the EHT telescope

“We have images of 2 black holes, one at the large end and one at the small end of supermassive black holes in the Universe, so we can go much further in testing the behavior of gravity in these extreme environments than ever before. previously.concluded Dr. Keiichi Asada, a scientist who participated in the study.

The supermassive black hole forms a spacetime trap at the center of the galaxy, through which the equivalent of 4 million suns have already been devoured, leaving behind only their gravity and violently twisted spacetime . The released image showed a lumpy donut of radio broadcast framing an empty space as dark and silent as death itself. The new image joins the first image of a black hole, taken in 2019 by the same team, which photographed the monster at the heart of M87, and shows new details of the astrophysical violence and gravitational weirdness that dominates the center of our earth. starlight hive.

Black holes were an unintended consequence of Albert Einstein’s theory of general relativity, which attributes gravity to the warping of space and time by matter and energy, like a mattress sinking under a bed.. Einstein’s ideas led to a new conception of the cosmos, in which spacetime could quiver, bend, tear, expand, swirl, and even disappear forever into the jaws of a black hole, a entity with such strong gravity that not even light. could escape. 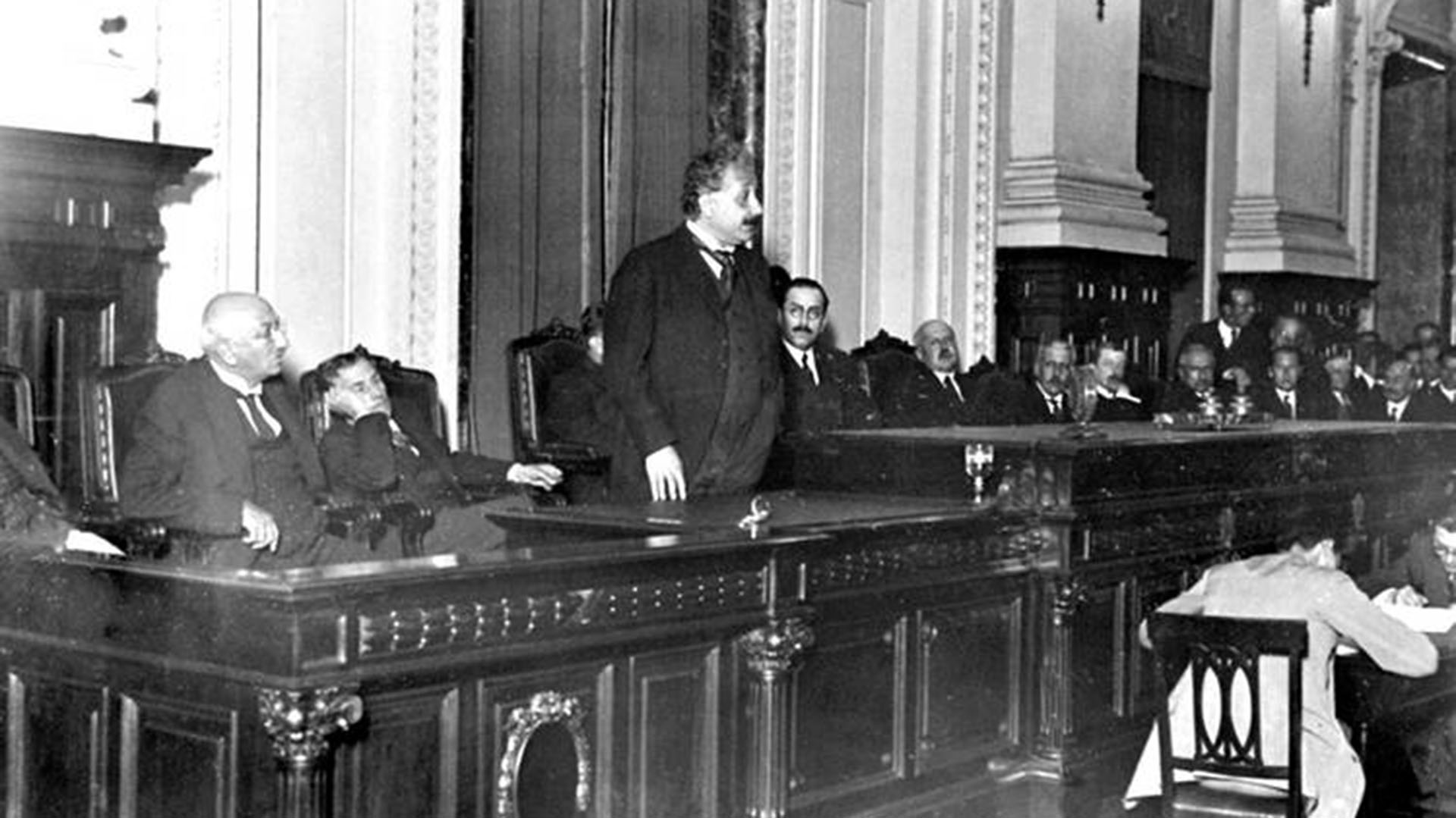 Einstein, in one of the lectures he gave in the main hall of the National College of Buenos Aires (UBA) in 1920 (UBA)

Einstein refuted this idea, but we now know that the universe is dotted with black holes. Many are the remnants of dead stars that have collapsed in on themselves and gone. But there seems to be a black hole at the center of almost every galaxy, including ours., which may be millions or billions of times more massive than our sun. Astronomers still don’t understand how these supermassive black holes got so big.

“A black hole is a region of spacetime that has so much gravity that it prevents light rays from escaping from it. When you throw a stone upwards, it escapes the gravity which attracts it and then falls. But in a black hole nothing can escape, not even a small stone thrown with a lot of energy or speed, because its gravitational force is so strong that nothing can come out of it,” stressed the Argentinian Luis Lehnerone of the scientists who was directly involved in the discovery of the black hole in 2019. He added: “The next step is to better understand black holes and try to see the limits of Albert Einstein’s theory of gravity., which today remains a useful theory for describing such extreme gravitational extremes. And possibly, if we find differences with Einstein’s theory, to be able to develop a new one that supplants it”.

According to the law of general relativity published in 1915 by Albert Einstein, which explains their functioning, the gravitational attraction of these cosmic “monsters” is such that nothing escapes them: neither matter nor light, whatever its wavelength. So, they cannot be observed directly. Moreover, the force of gravity that emanates from the black hole is so phenomenal that it has not been possible to recreate it in the laboratory.

Paradoxically, despite their ability to swallow light, black holes are the most luminous objects in the universe. Material (gas, dust, crushed stars) falling into a black hole is heated to millions of degrees in a dense maelstrom of electromagnetic fields. Most of this matter falls into the black hole, but some is forced out by enormous pressures and magnetic fields. Such fireworks, which can eclipse galaxies by a thousand, they can be seen throughout the universe; when first observed in the early 1960s, they were called quasars. His discovery led physicists and astronomers to take the idea that black holes existed seriously.