alexander reyes, BBVA’s chief economist in Colombia, assured that market volatility had started before the Russian invasion. “During the pandemic, economies were treated like patients and we were unable to restart production with the recovery in demand, in particular, demand for fossil fuels, which recovered at record speed, even though the market was already showing signs of tension. This is why the price of oil has increased, in addition to the fact that the producing countries have not wanted to be aware of this situation”, detailed the expert. Today, a barrel of Brent is trading at US$104 and WTI at US$102, but they came close to US$130.

“What happened to gas in Europe is fundamental, because it is a highly sought after product due to its low level of contamination. In this case, the price has increased due to the low amount of inventory”Reyes added during a virtual chat convened by AmCham, the US Chamber of Commerce.

For the Colombian, the days of fossil fuels are numbered, but the energy transition is not progressing as planned. “They are a necessary evil, they will continue to be present in the global energy matrix as a backup source, and backup, today over 67% is fossil. They are a primary energy source and their price will continue to rise.”he ventured.

The World Bank predicts that the rise in energy prices will exceed 50% – the strongest since the oil crisis of 1973 -; while in the case of agricultural products and metals, a rise of 20% is expected. In all three cases, The entity’s expectation is that values ​​will moderate in 2023 and 2024.

The Peruvian Economist Hugo Vega certified that copper is a thermometer of global activity, as it is associated with the growth of economies, with China as the main player. “With the Covid, the demand fell then with the recovery it reached the current price (about 10,000 USD per ton), although a faster economic recovery was expected, which affected the global outlook. Particularly due to China’s growth outlook, it has been difficult for China due to the resurgence of infections,” Vega rated.

The BBVA Peru analyst recalled that Chile has a quarter of the world’s copper supply and that his country has 10%: together they have 35% globally. “With the Covid-19, very severe restrictions were put in place in these countries and once they started to be lifted, social conflicts came and generated doubts about the viability of the new projects, which are those who support the price in the medium and long term. . Today it has it because there is a reluctance from both governments to support mining and because of possible restrictions later.”Vega warned. 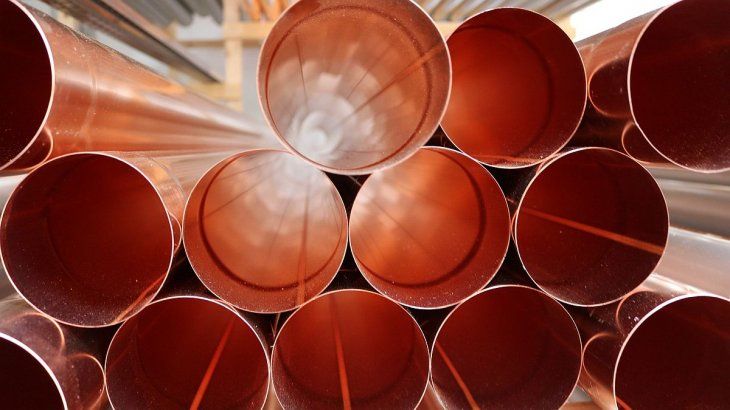 In the coming weeks, copper could break all-time highs.

Juan Manuel Maniassenior economist BBVA Research Argentina, claimed that the package of merchandise agricultural products already had adjusted prices before the war in Russia. “There was stock for affordable consumption in 2013. Maize was about six seasons ago and wheat was also low in stock. With the onset of war, the whole package reacted upwards. Now there is uncertainty, which gives a price to the price, with a war that has been generated in the region Heart wheat in the world, because Russia and Ukraine have 30% of the wheat and 15% of the corn. This is how we understand the rise in prices, and the uncertainty will be for later”Detained.

But according to Manias, this panorama has been made more complex by logistical problems in the transport of wheat and corn from the Black Sea. “75% of the world’s sunflower oil production comes from there,” he noted. “The most used oils are palm, soy and sunflower. When there was a lack of suppliers and substitutes, the first thing they found was palm oil, which came mainly from Indonesia but had production issues and overseas sales quotas. When palm oil was not available, they found soybean oil and that drove up the prices, which were already high,” describes the specialist in agricultural markets.

In turn, said Manias, agricultural feedstocks are also being used to mix with fossil fuels, which were in high demand, and the worst crop results in the United States in the past 20 years. “All of this means that commodity prices have skyrocketed,” Indian. 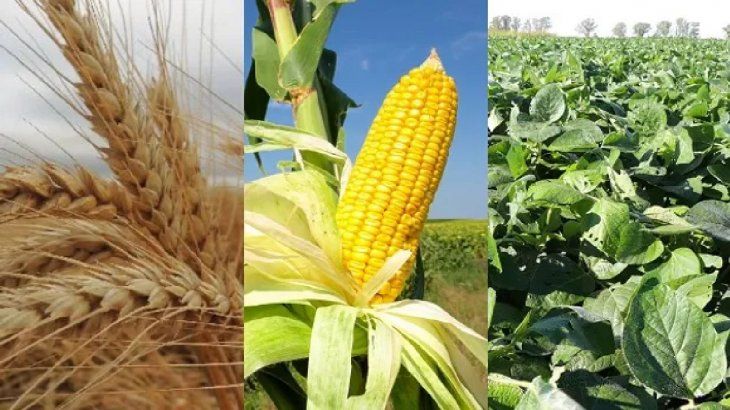 Manias clarified that ricewhich is the third most produced cereal in the world, did not have this behavior, and what is more, it is below last year’s price. Today it is quoted at US$422 per tonne, but a year ago it was at US$525.

During the conversation, the impact of economic sanctions on Russia was also asked. For Alejandro Reyes, the sanctions have little impact. “Self-imposed sanctions on consumers who avoid buying Russian products will have more effect,” he said, giving as an example the “discount” on Russian oil, which reached $30 a barrel. “Russia is struggling to put its production on the market,” the Colombian warned, adding that they were offering discounts on the sale of crude oil because in Moscow “they had made the decision to have cash” in full war.

“Cutting off gas to Poland and Bulgaria because they don’t want to pay for gas in rubles can become a difficulty”, added to his warning and said that “Although the sanctions do not affect oil, they do affect the transport of hydrocarbons or oil by-products, such as fertilizers, and these have an impact on their markets.”

“Sanctions are not designed to create distortions in the energy market. The real punishment comes from businesses and consumers refusing to buy Russian products, which can fund the Putin government, Reyes said.

Juan Manuel Manías says Argentina are still in the starting line when it comes to food. “What the war has brought is a change in part of the producers whose economic equation has changed in the short term due to costs, due to the increase in logistics, fuel and fertilizers, this which is much more relevant than it seems”, commented.

According to the Argentinean economist, fertilizers are no longer used to improve the harvest, they are now implicit in modern agriculture. “If food production is not used, it would be halved, in a world where 2,000 million people suffer from nutritional deficiencies”, stress.

“Prices were already in a rally of increases, where some fertilizer factories had to stop production due to the increase in gas, but now with the blockade from Russia, everyone thought the production line was cut, because Russia has the 15.6% of production”, and this generated more expectations in the prices, assured Manias.

The analyst quoted that in March, urea, which is the most widely used component in fertilizers, increased by 40% and that shifted the whole crop production equation. “The question is whether with more expensive fuels and fertilizers the same amounts will be used or less acreage will be planted, and that leaves us with higher prices,” he said. “Argentina’s opportunity is clear, the challenge is to take advantage of it, even if the Argentinian producer will not escape this new cost reality”, Completed.

Private report says half of soybean growers don’t use fertilizer 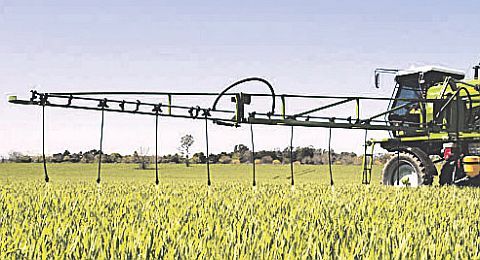 An incentive for Argentina is that trade relations with Russia and Ukraine are weak, exports and imports are low. “With the purchase of Sputnik vaccines, it does not even reach 1% of the total. The country’s exposure to direct international trade is low. The effect comes from price variations. The manias clarified.

“On the one hand there is a benefit for the producer for exports and on the other (for the State) for collection, with more collection for deductions. But gas has also increased, and Argentina buys gas net, so the profit that comes with the agricultural package is moderate. It also has a budgetary impact, which is difficult, because either tariffs are increased or subsidies to residents are increased, and the objectives agreed with the IMF are complicated”, raised.

The basket of five foods measured by the FAO for years rose 12.6% month-on-month in March, hitting an all-time high. “Food prices are very high and it is very difficult for a country to escape. In March, wheat increased by 39% and corn by 17%, there is a rapid form of the impact of the war for direct or speculative reasons, which caused prices to rise. Commodity prices around the world have passed the peak and it will take months to recover”he concluded.